The design draws from the investor’s plan to build a personal agency headquarters in the house (two flats and a habitable attic). Due to the continuous transformation of this area into a location with office buildings and services, this is a natural continuation of the established trend. At the same time, due to the existing traffic load and planned new development of the Prague internal ring road, this is a desirable transformation, for the area has already lost the original qualities needed for individual town housing.

Yet, despite all what we present above, we think it is correct to preserve the character of this location; we proposed to rebuild and extend the house instead of tearing it down using the potential of the existing building and preserving the scale of the surrounding developments.

The house is ´cleared´ of later additions; we design a unified form of an addition consisting of three rectangular prisms whose mass draws from the new interior layout. The addition is oriented to the garden and it does not show itself from Řeporyjská (street) in fact. The reason is, among others, that the existing house is a closed composition unit whose scale and proportions would by harmed when the addition would be formally connected with its mass. The plan of the new part respects edges of the existing house’s perimeter.

Facades of the original house feature new fenestration referring to the planned interior arrangement of rooms; an outlined entrance is added to the front façade to Řeporyjská; a larger dormer is built in the existing pyramid roof. This form gives the house a sufficient and appropriate rate of individualization necessary for the newly planned function.

The layout is thus new respecting the spatial and structural systems of the building. The interior is also designed individually – custom made – as an inseparable part of the project. 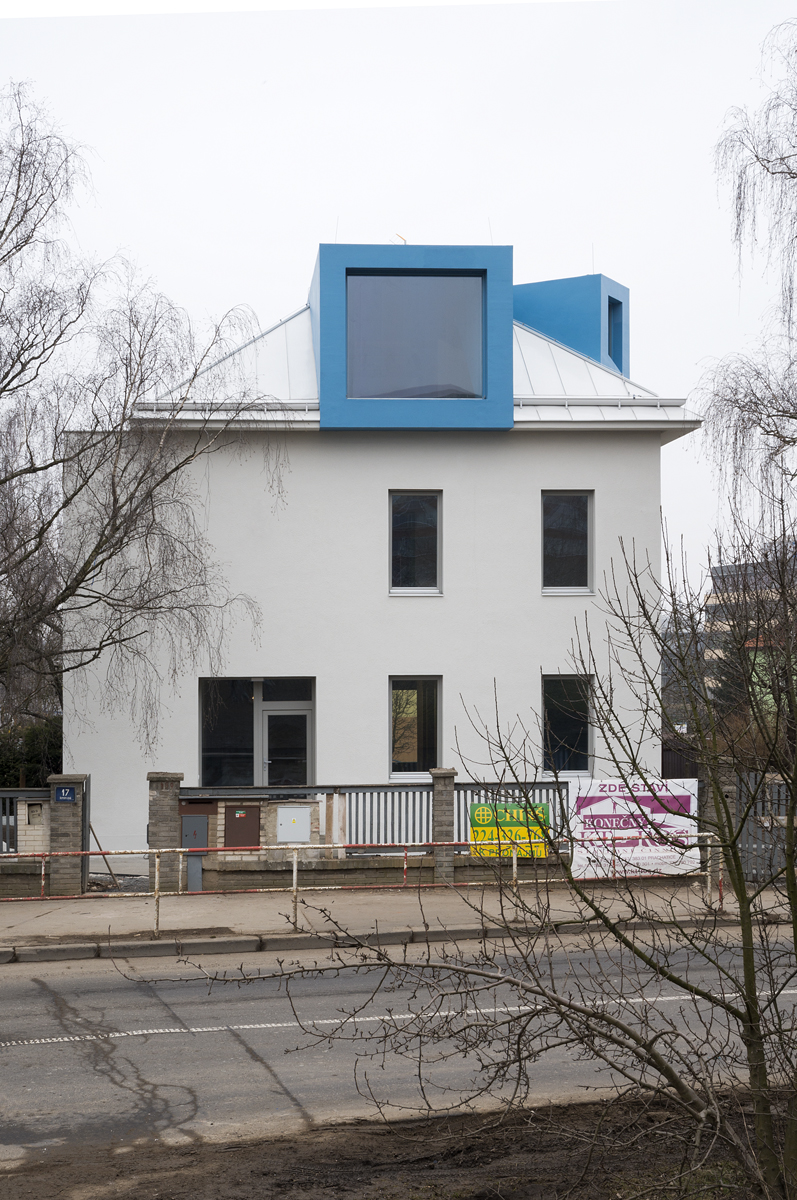 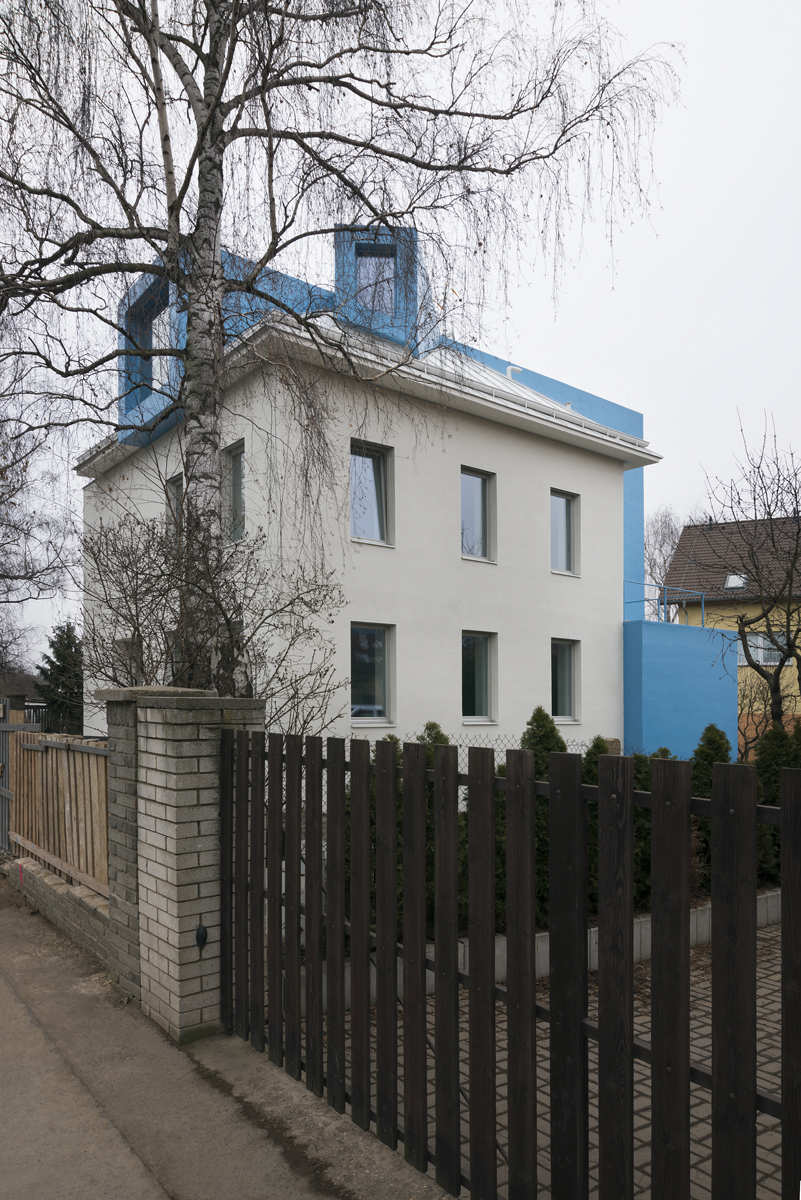 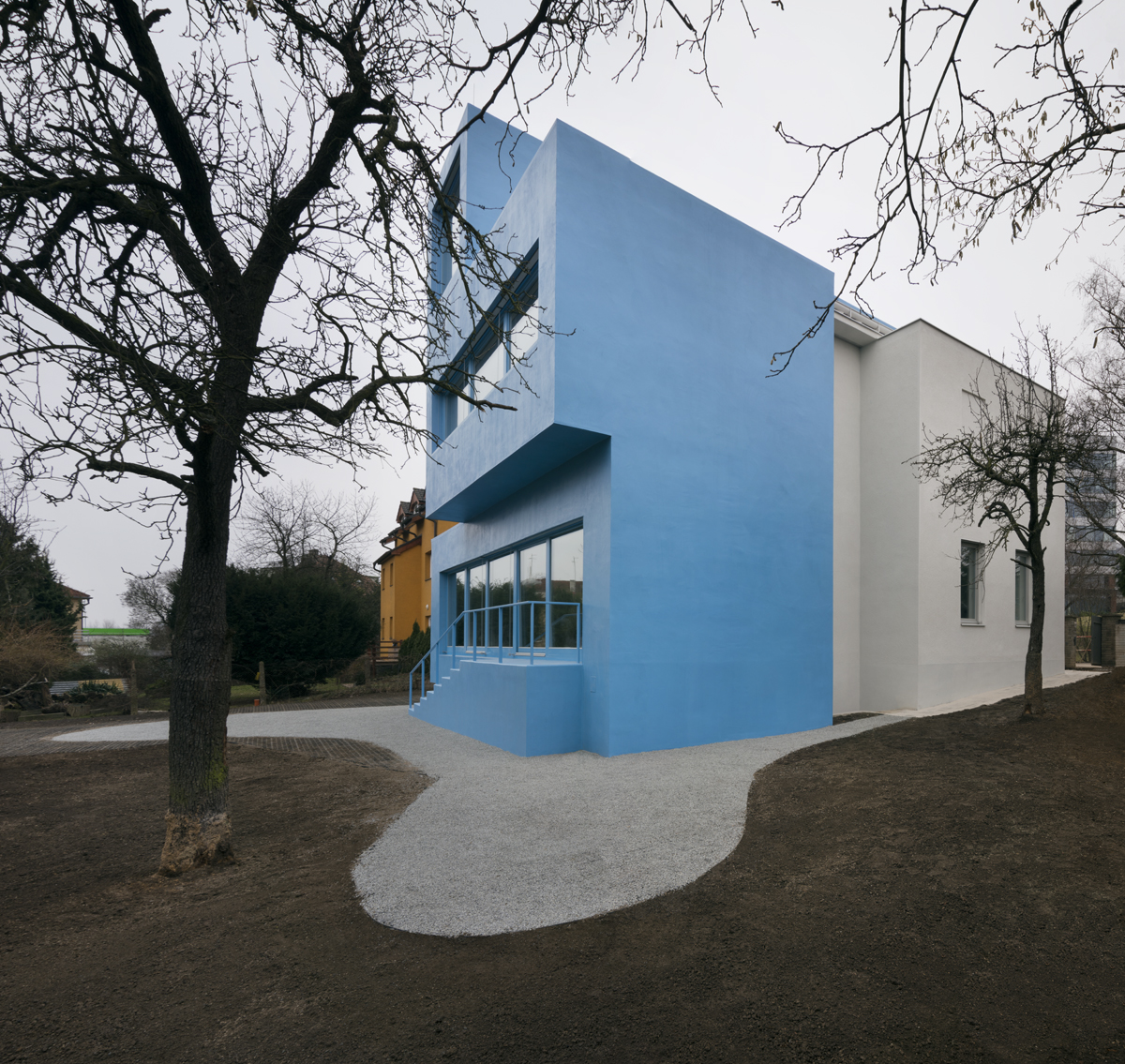 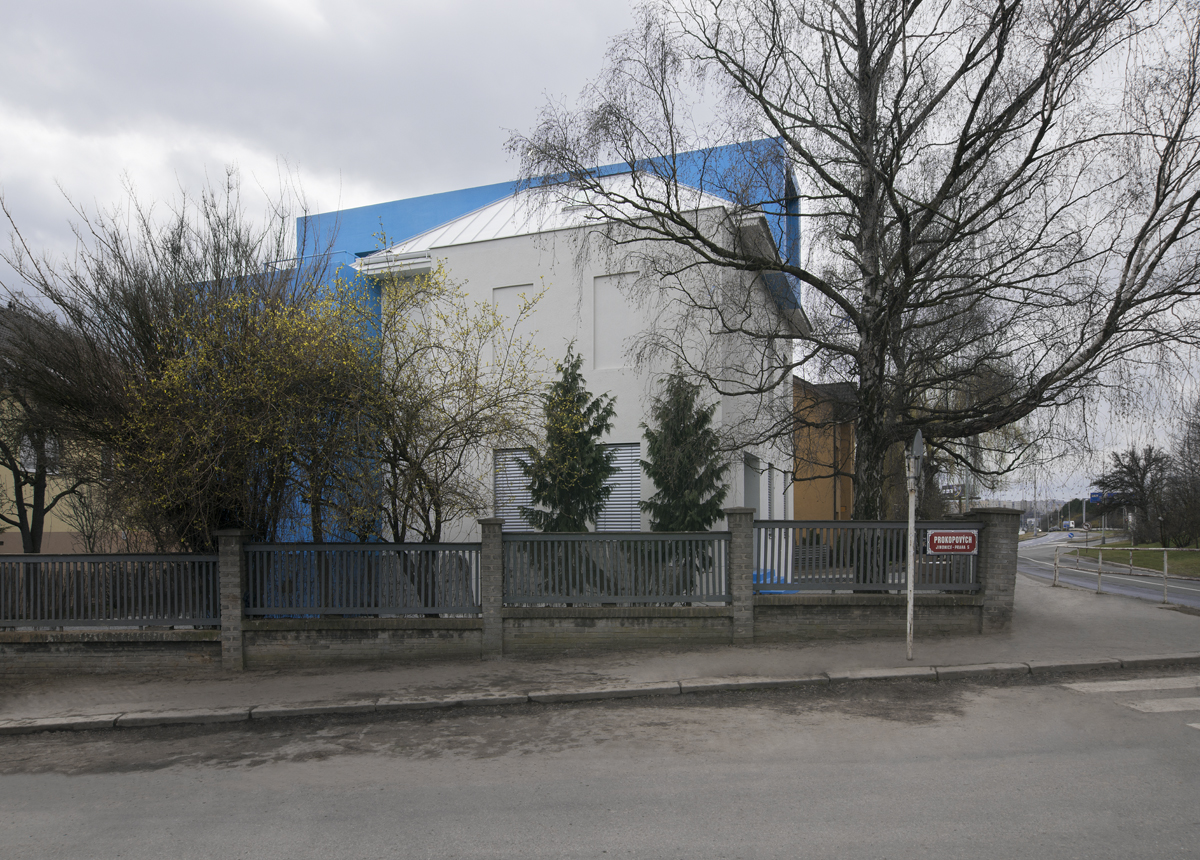 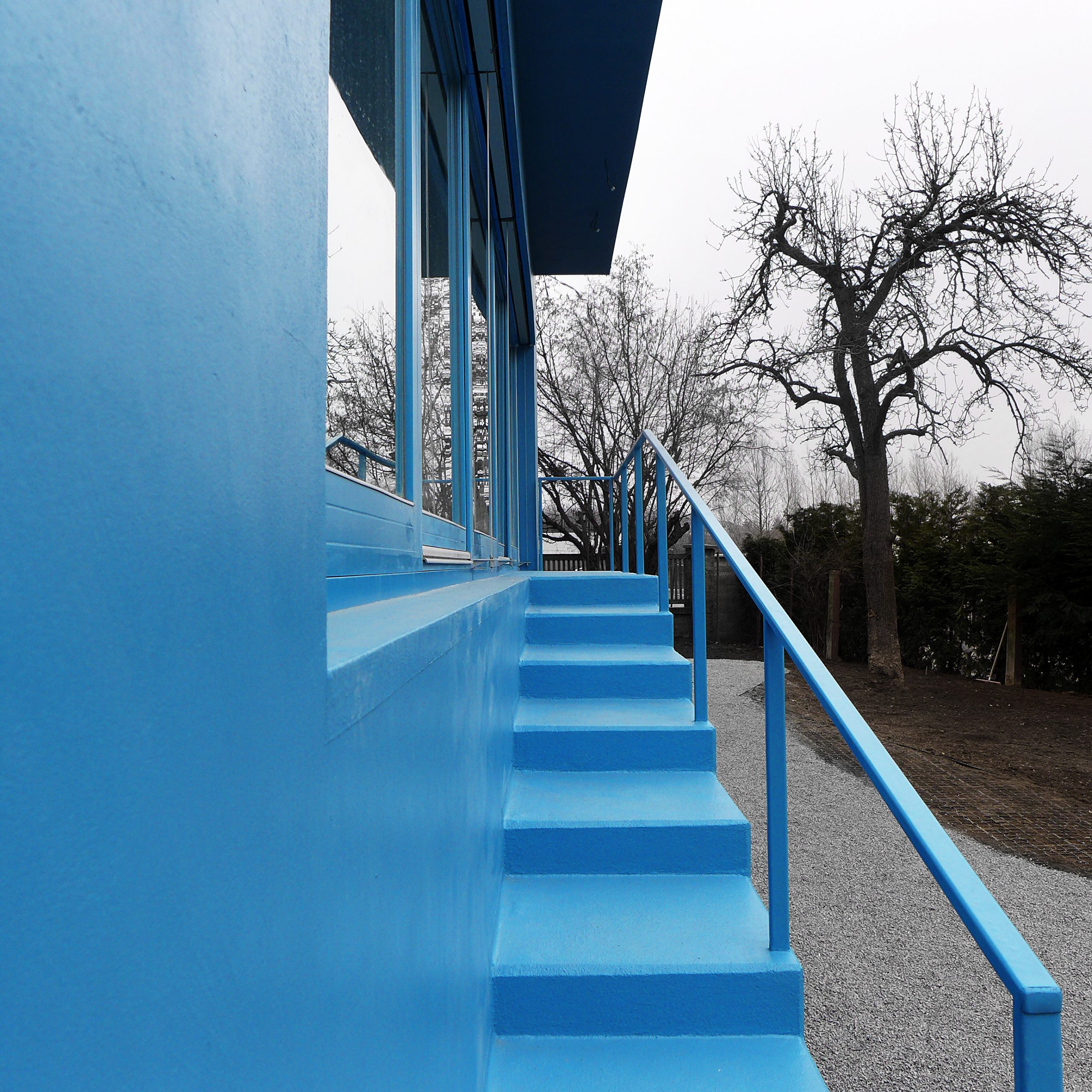 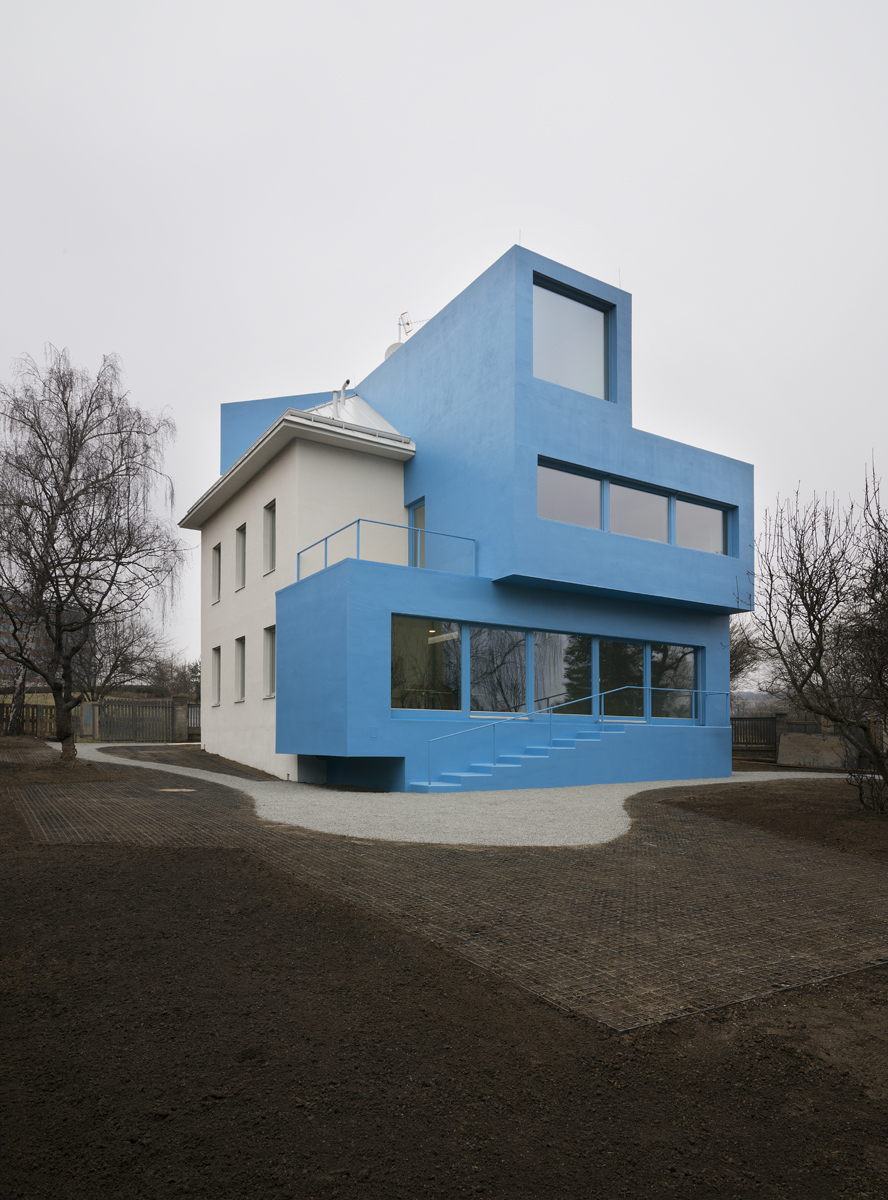 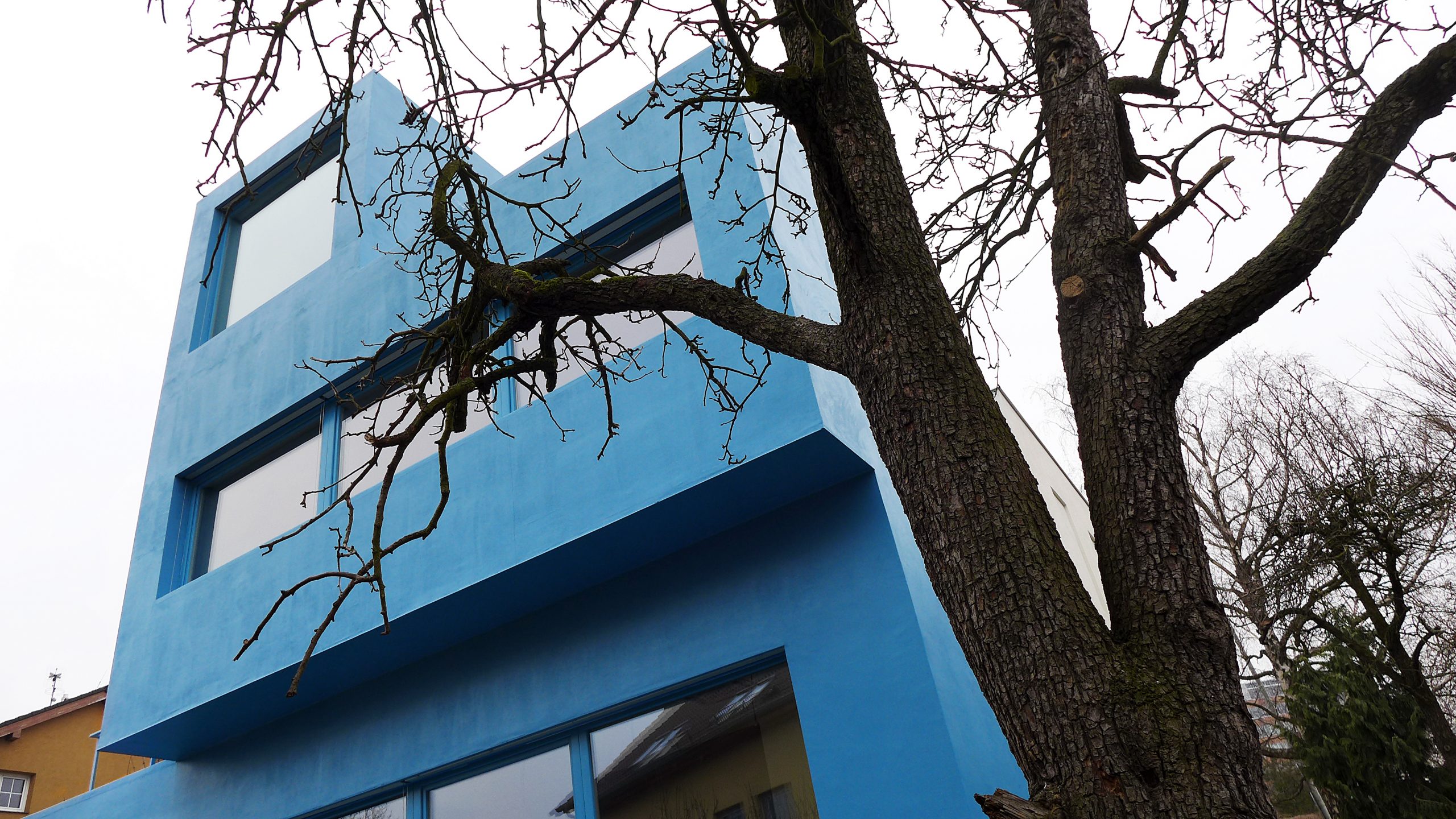 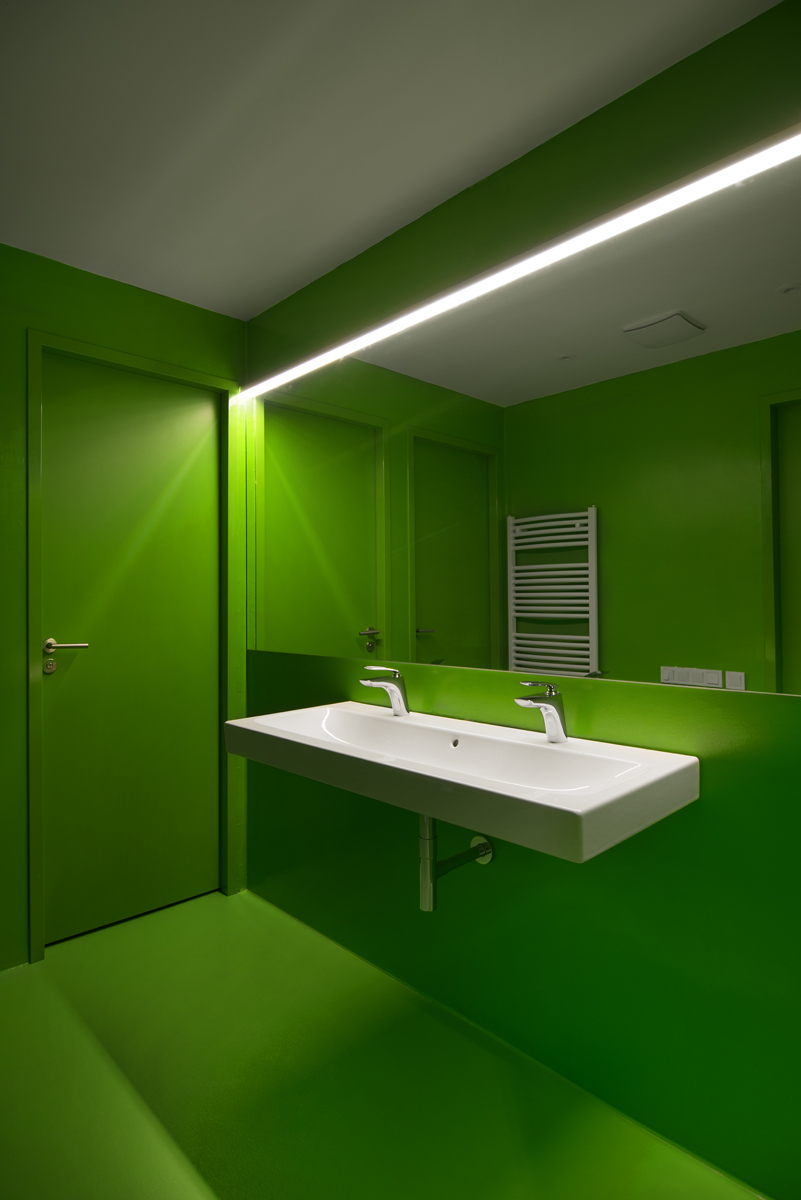 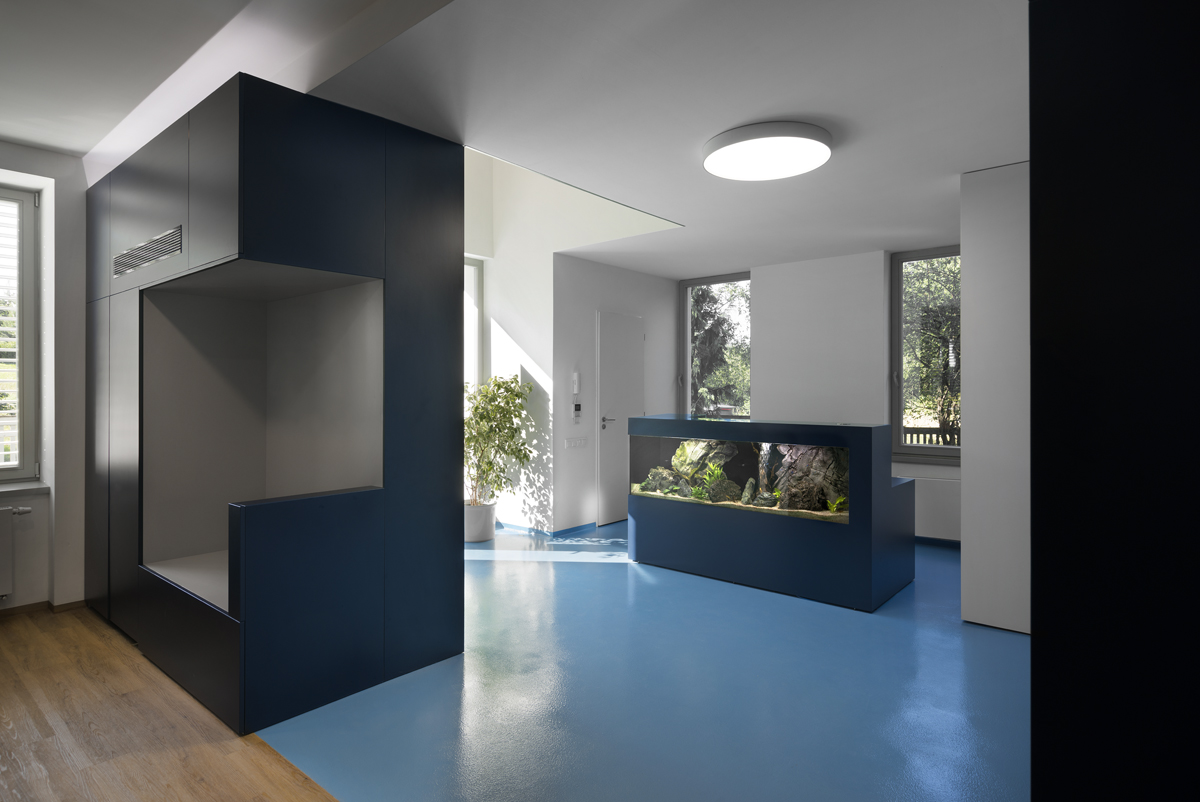 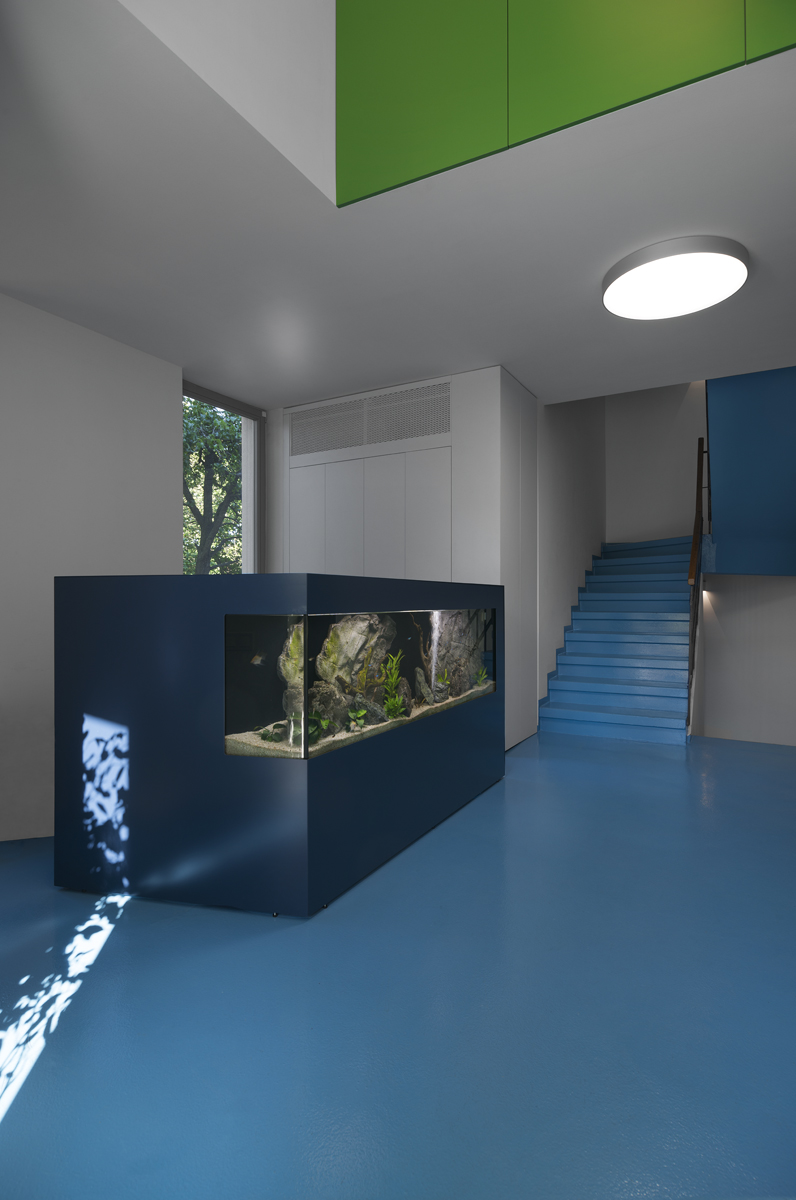 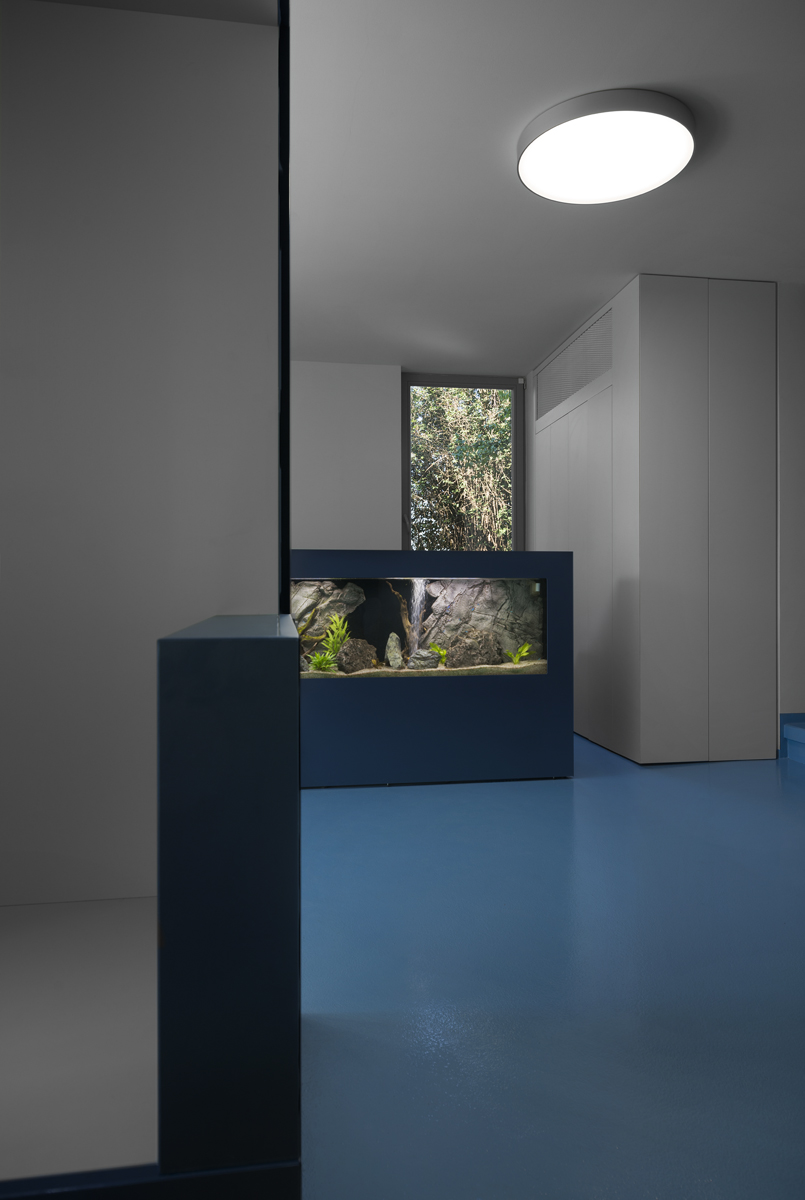 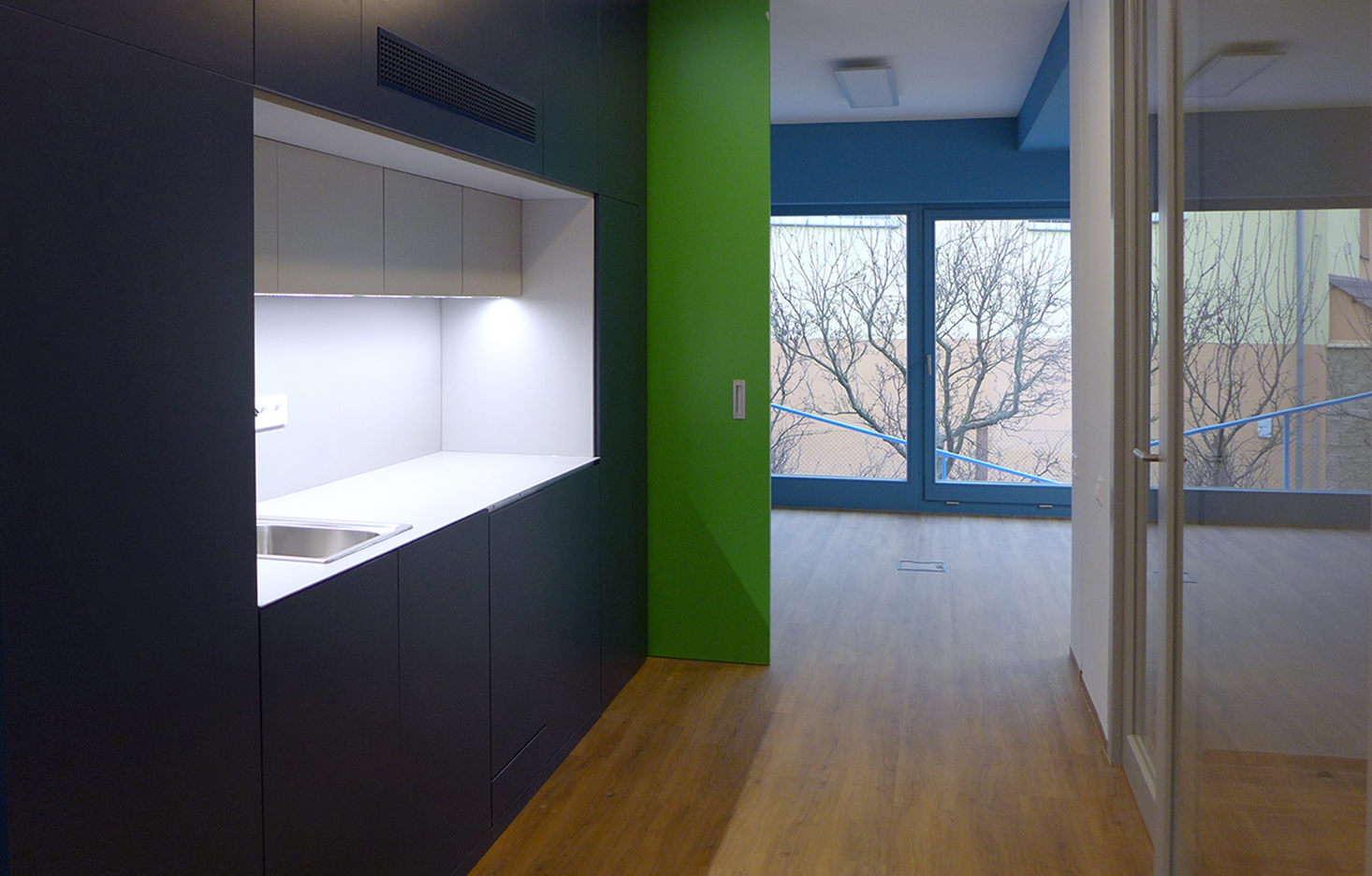 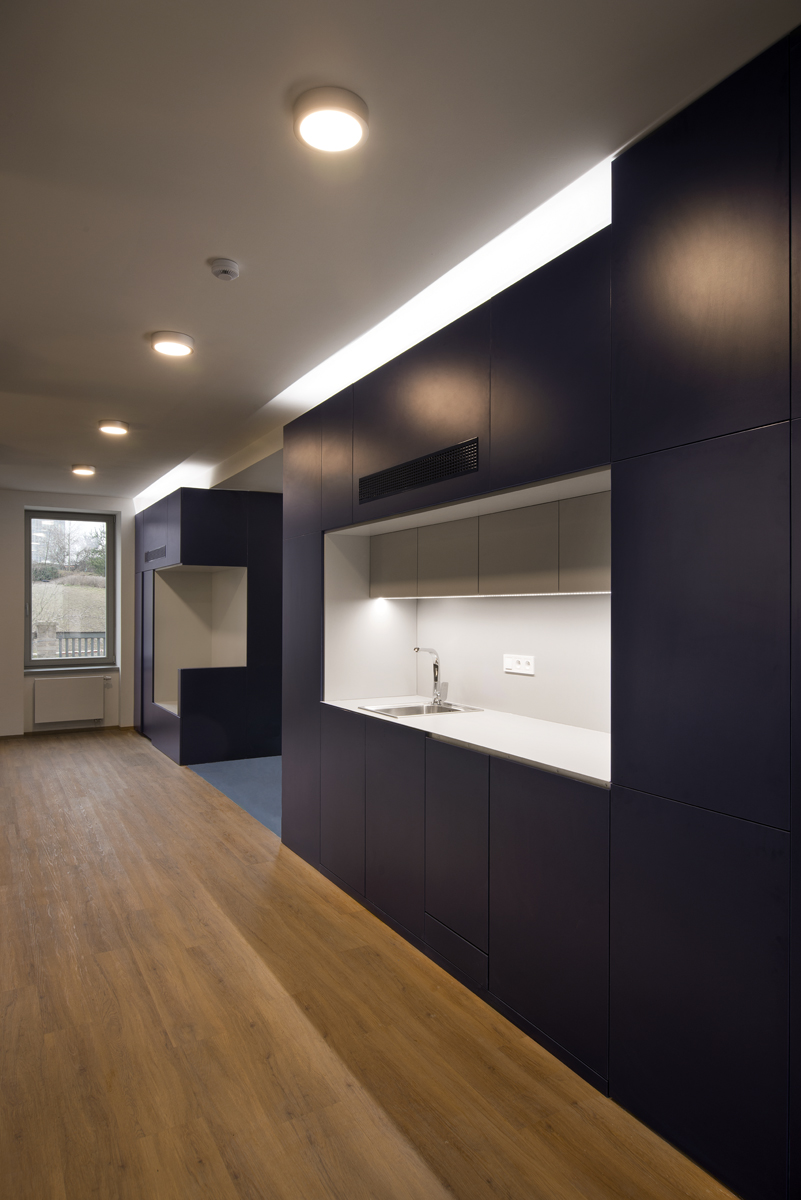 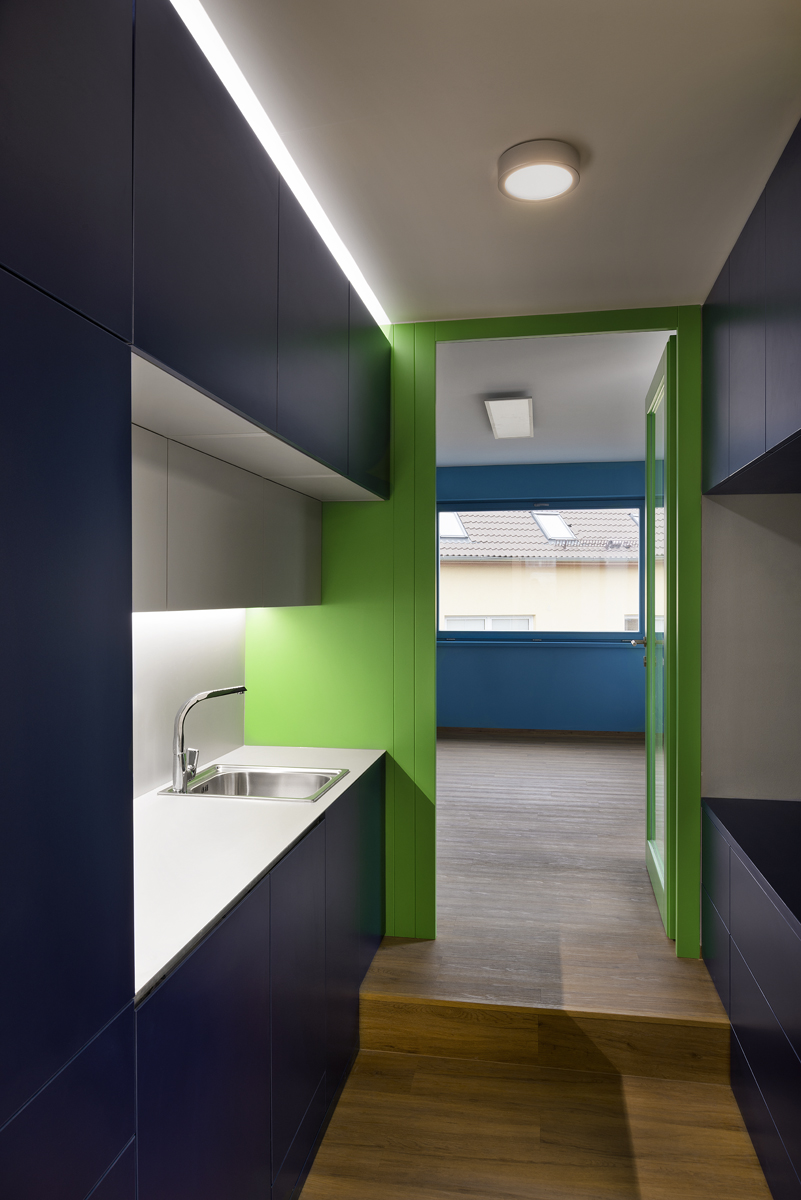 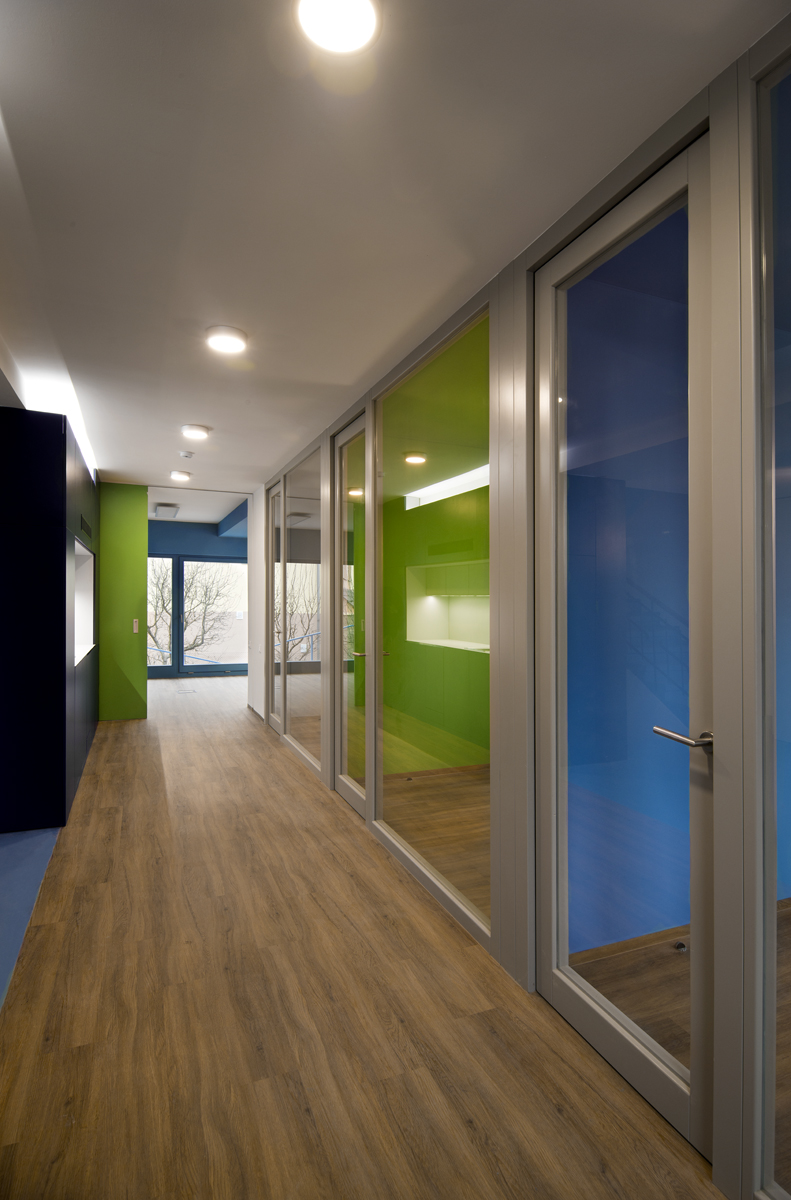 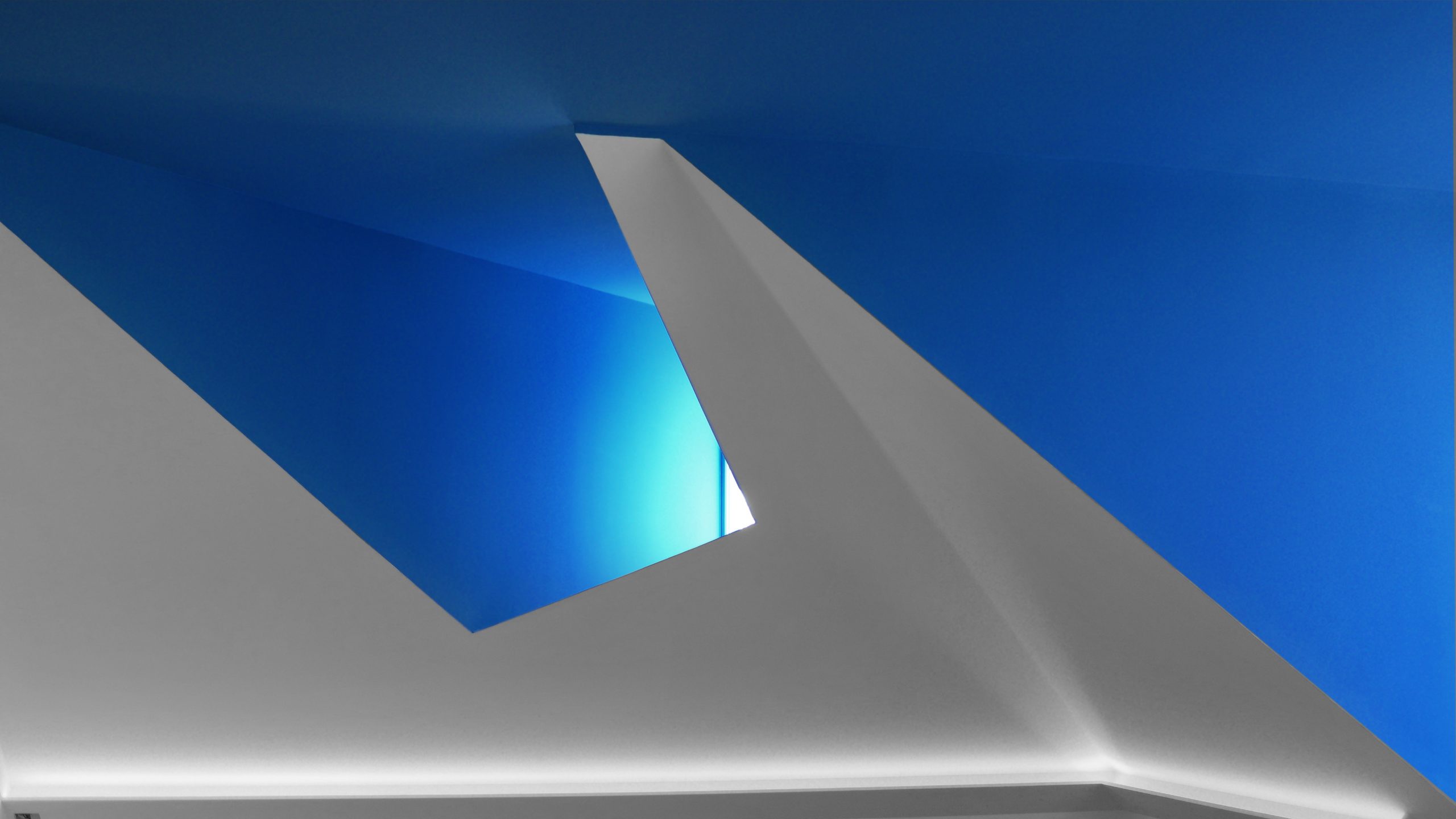 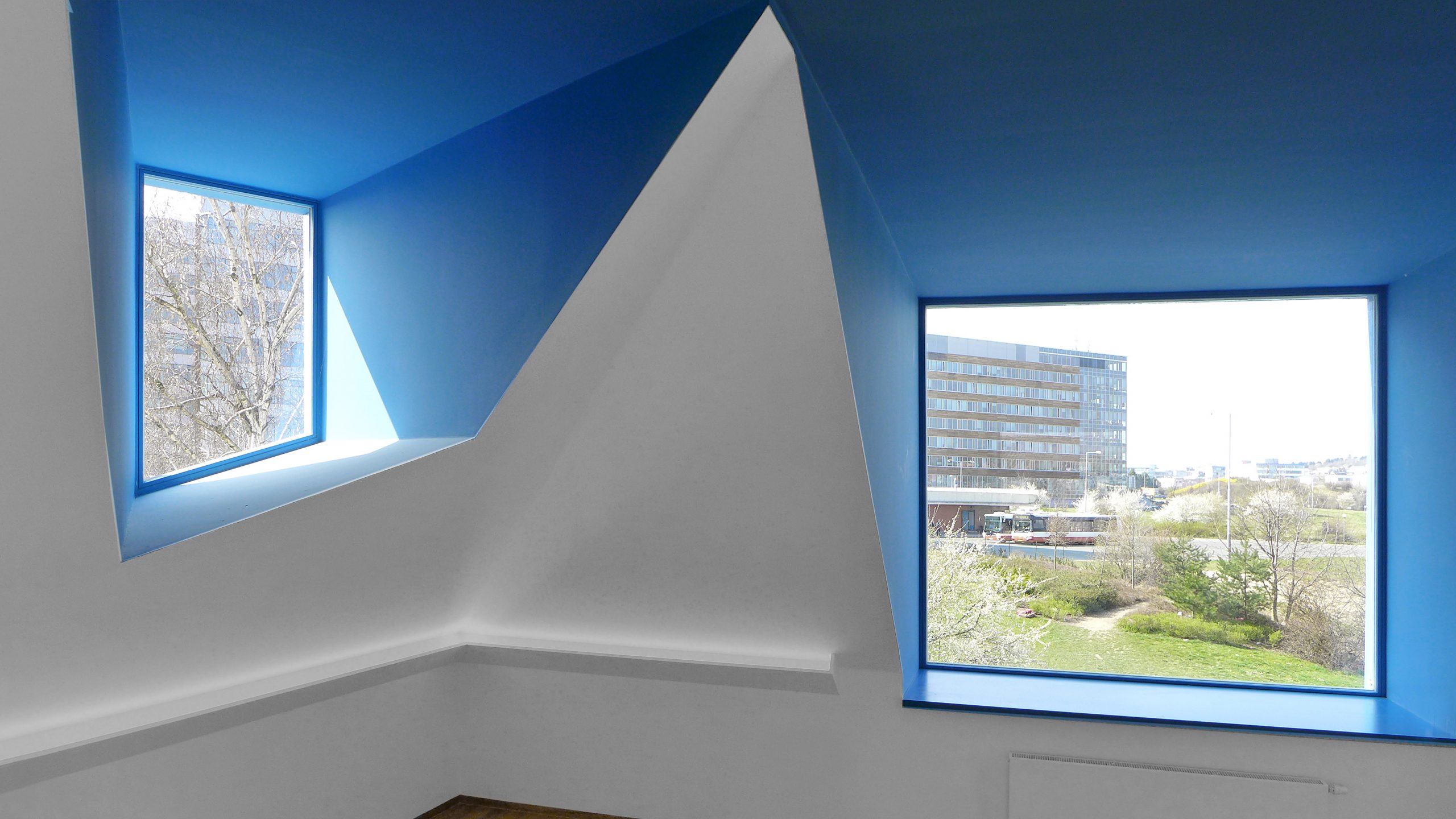 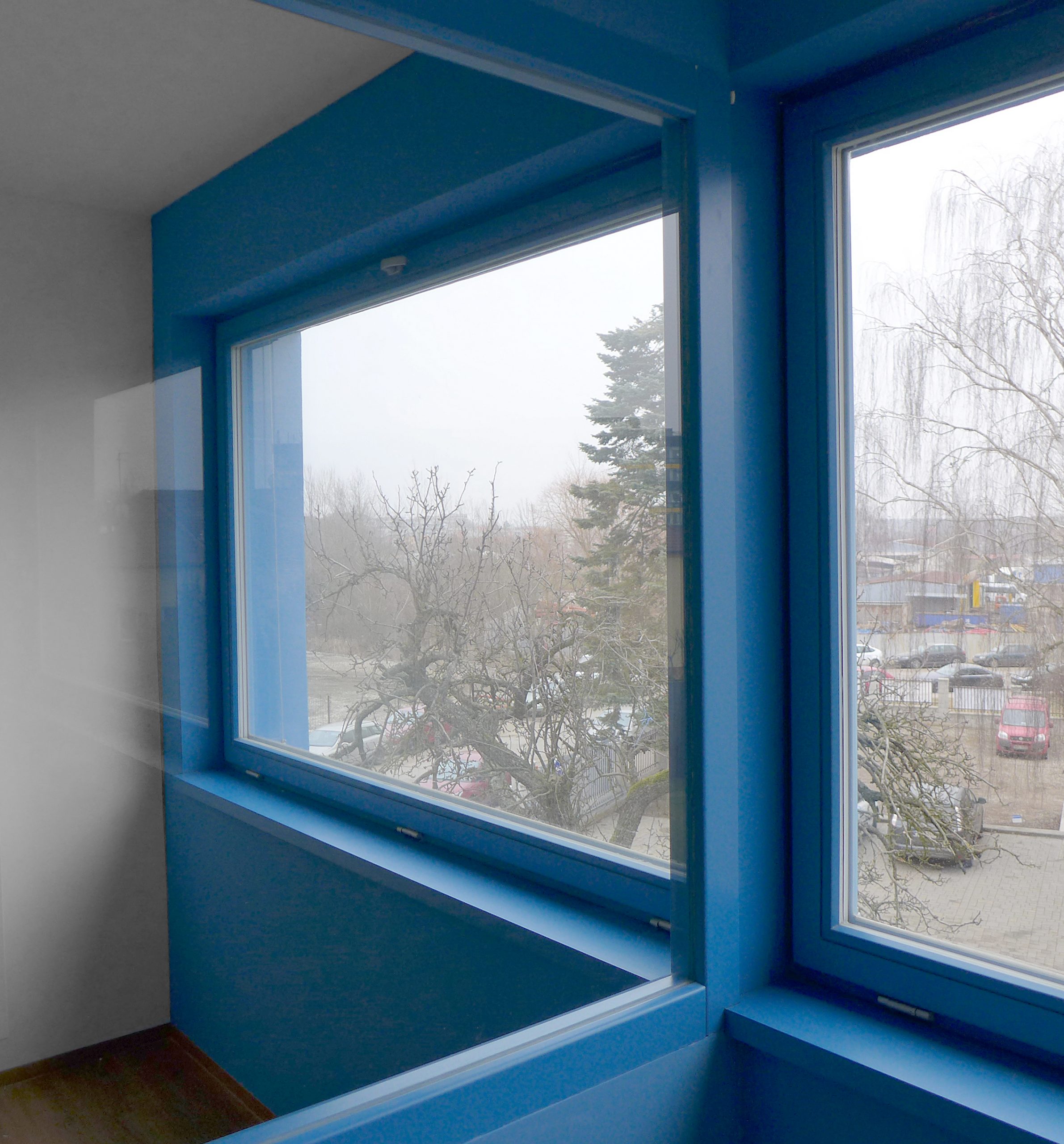 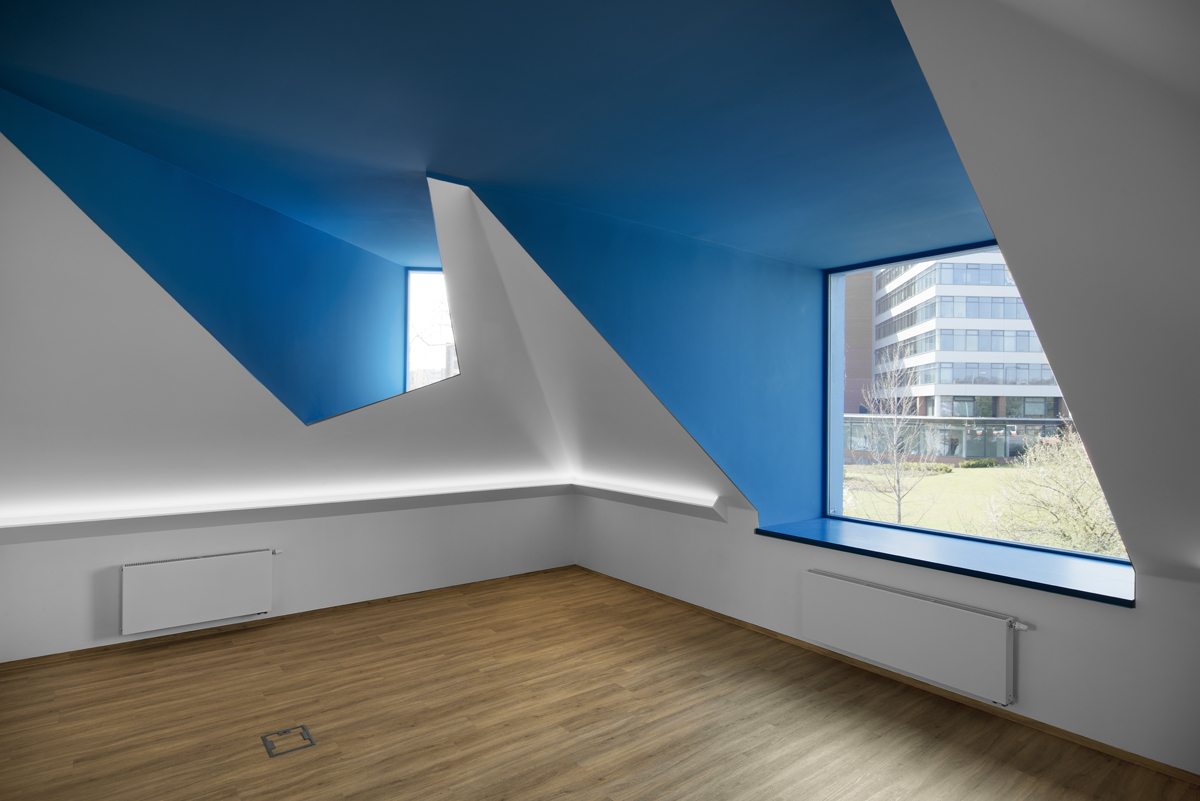 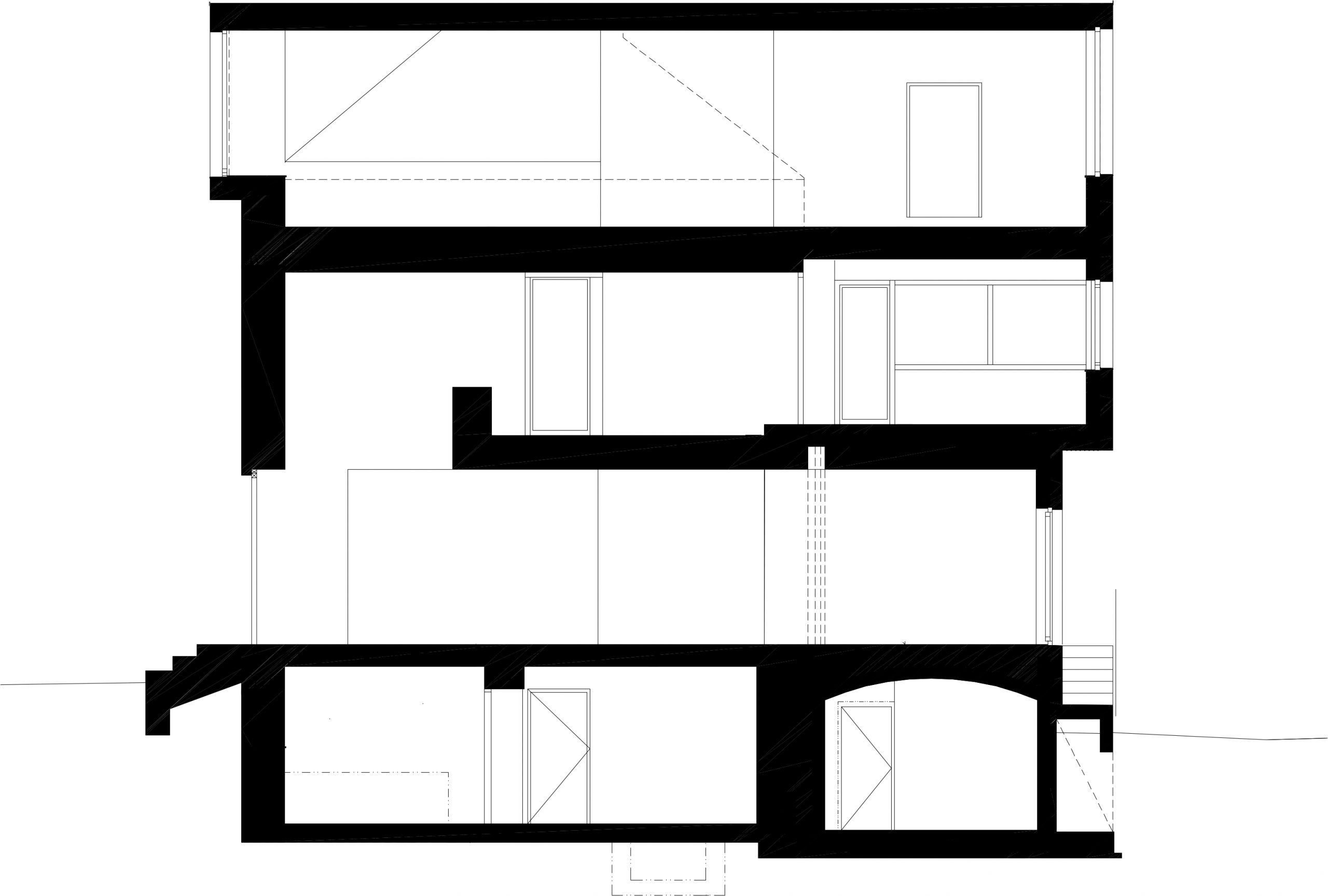 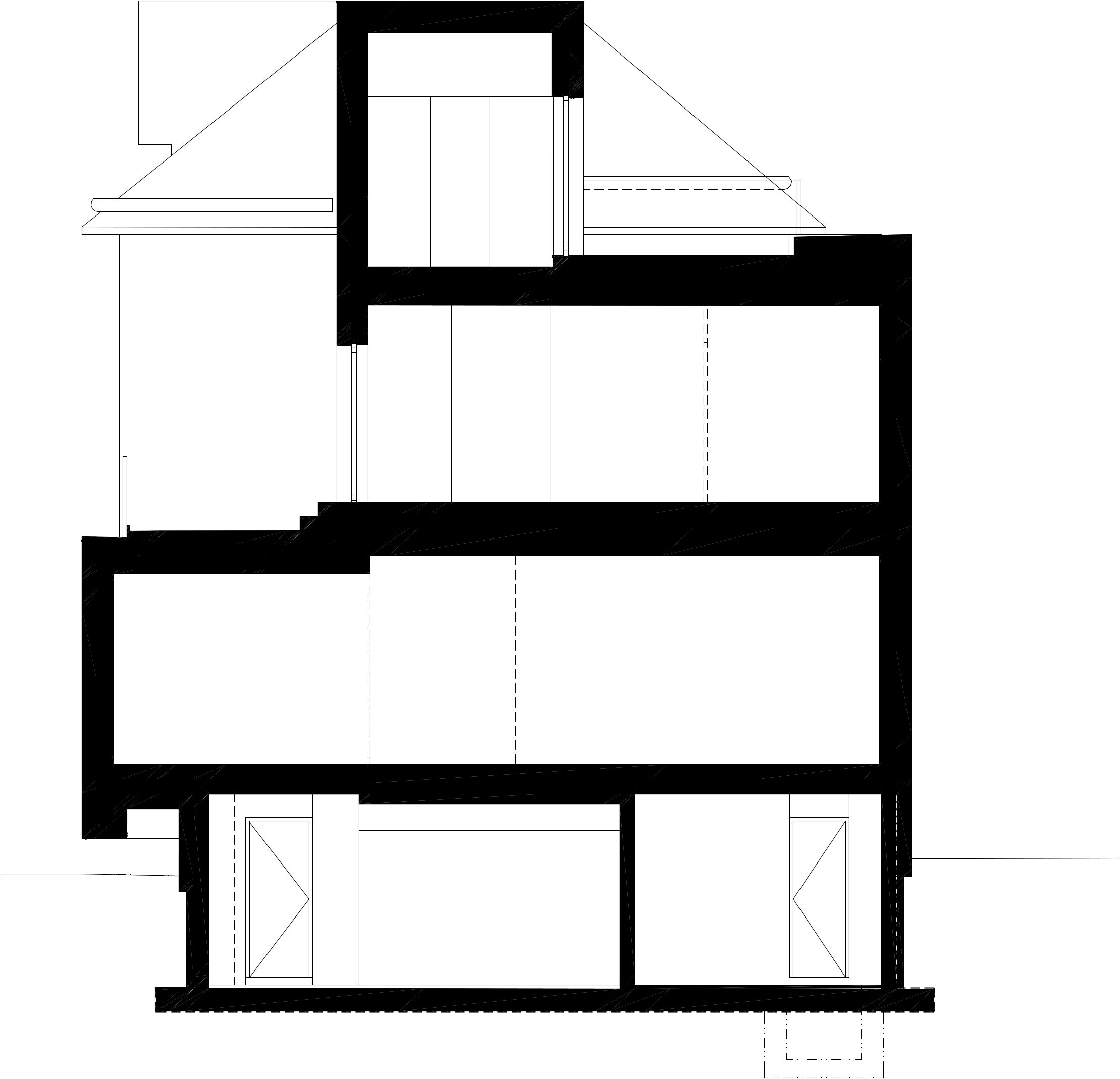 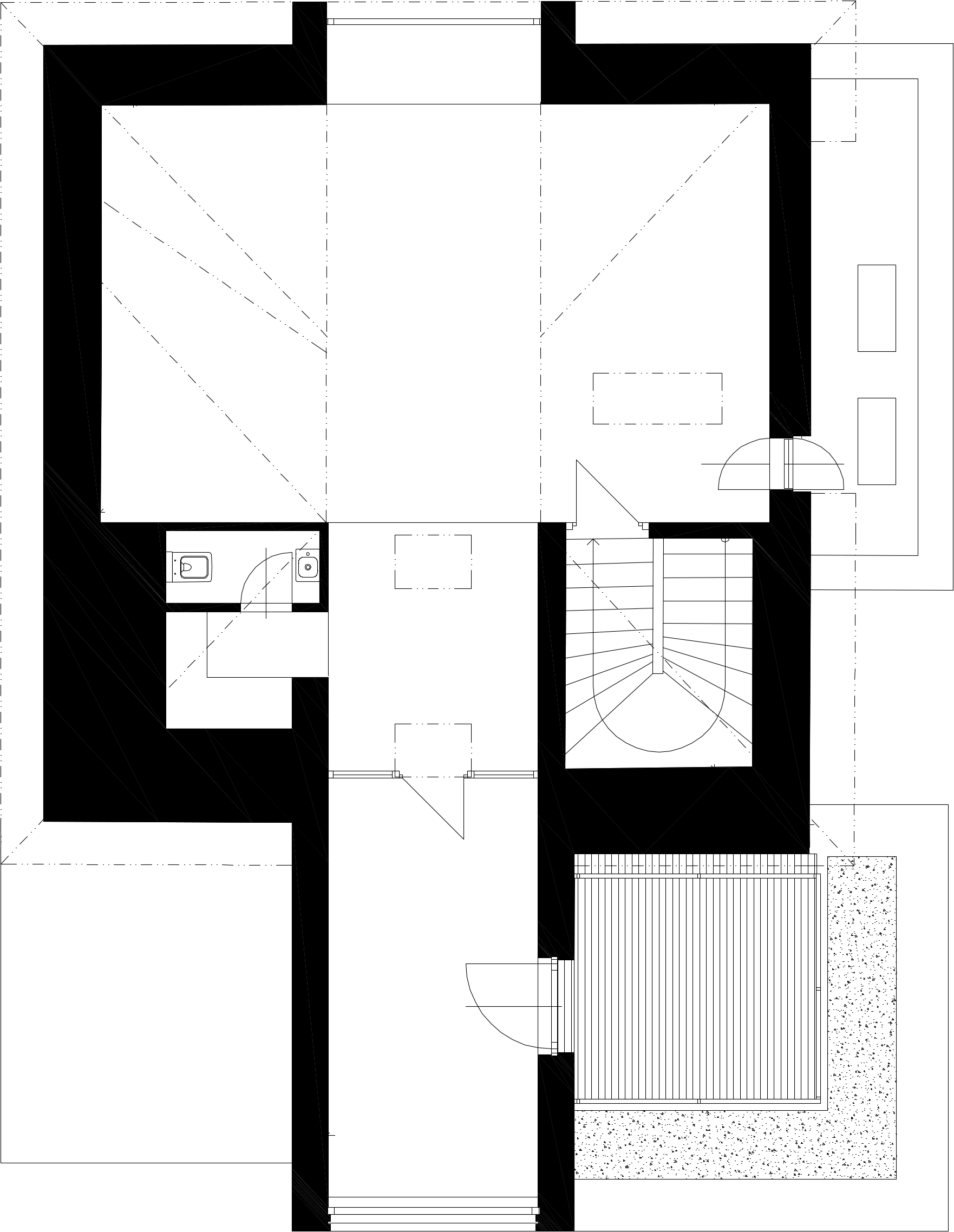 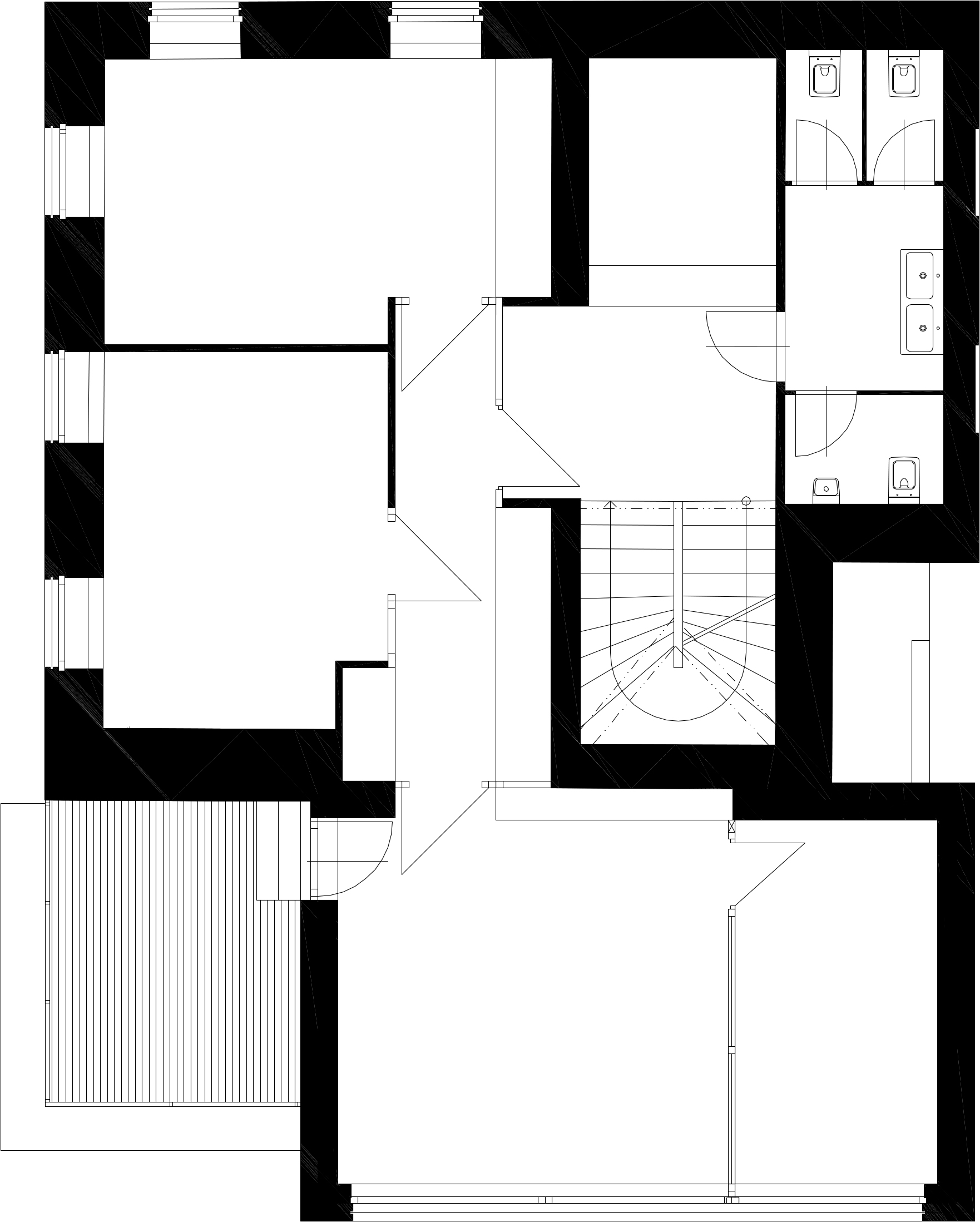 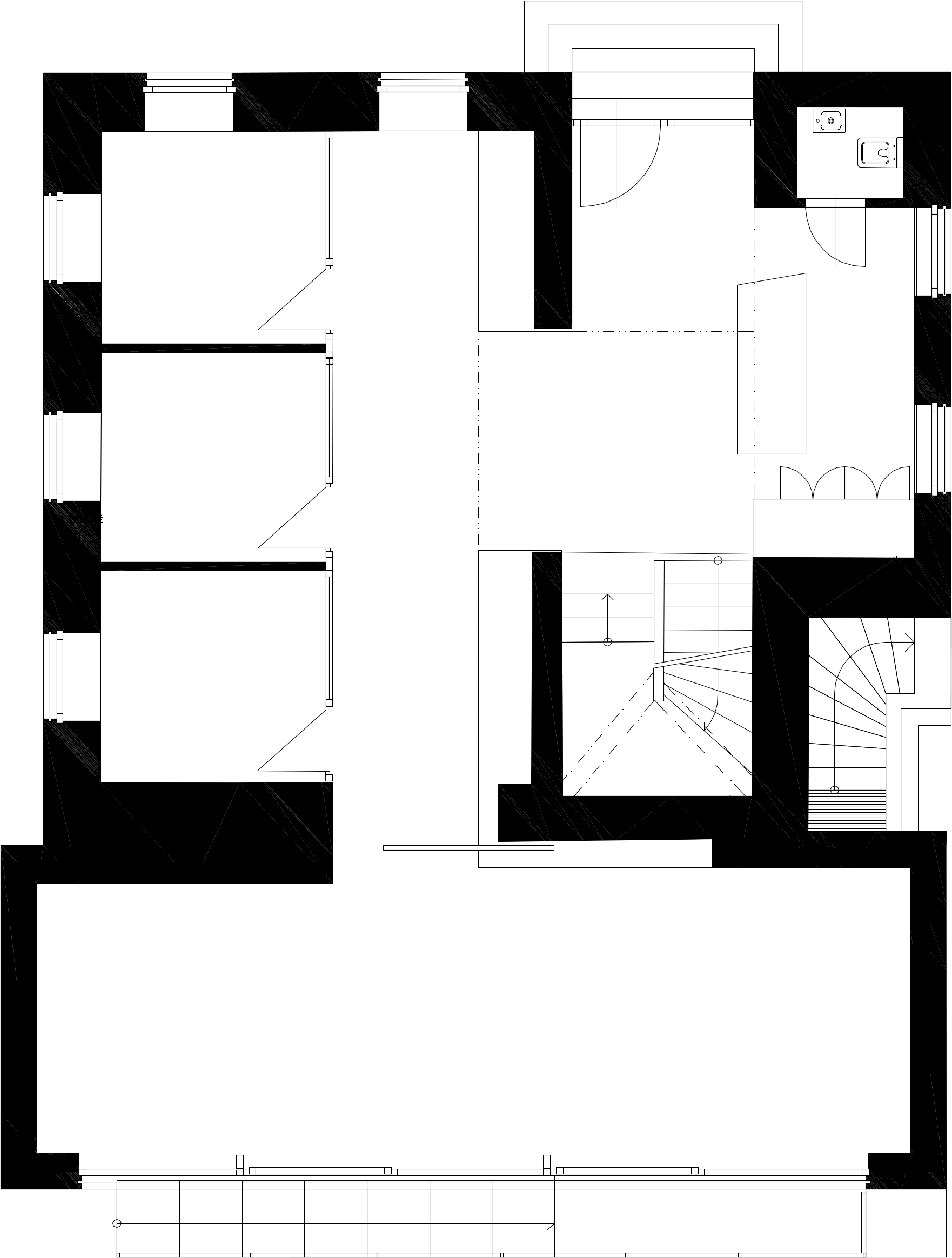 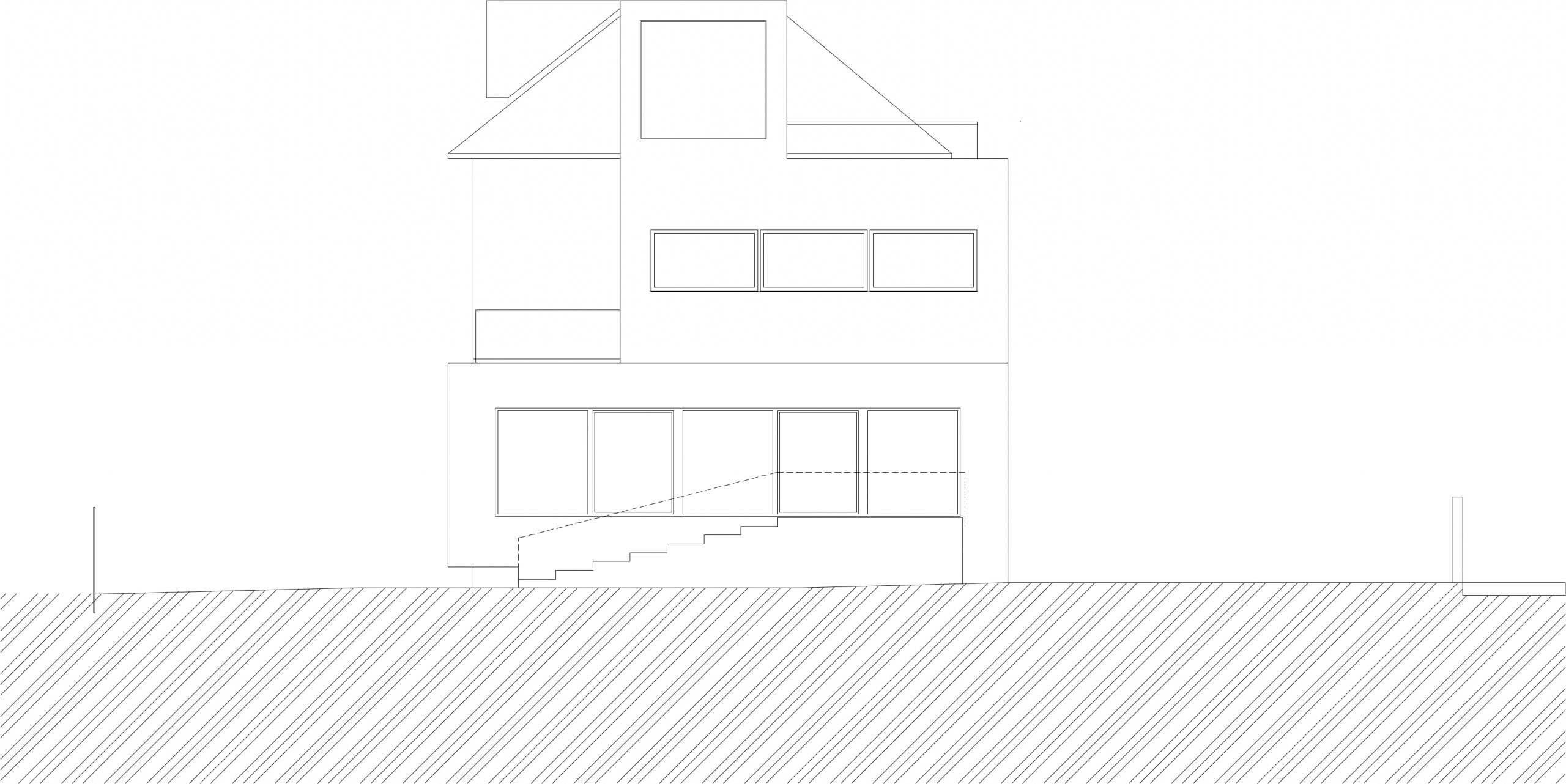