The office building BETA was BETA office building was designed and built tofor an environment already featuring similar buildings. It is so muchdeeply in the very centre of this new environment that it is almost unaffected by the original (we mean before commencement of the development of the office centre) existing buildings or structures. It is not directly touched by the highways as are the buildings ALFA, Gamma or E, but it E and isalso not linked to the original buildings asdo the houses on the opposite side of the street are. It does not have to deal with the contradicting effects of the surroundings. It may be a simple box for universal offices for lease that are not so distant from areas of former factories they have been replacing in providing jobs.

ArchitectureThe architecture of the BETA building does not deny it. Absolutely flat façades doneed nothave to be an abstract composition but a structure wrapping the building. The façade’s structure articulates the interior environment in three different ways of natural lighting using windows with variable height of plinths and head jambs. The environment established according to a similar layout with furniture only arranged by various tenants may be an interior of various qualities but it is never homogeneous. Not to mention interiors where individual offices alternate with open plan ones. But even in completely open plan offices there exist zones along the façade where a high or low plinth is more appropriate together with small areas needing no plinth at all (meeting rooms). For areas withwhere a high density of people in large open plan areas for lease are often annoyingly messy, we offered this arrangement introducing somethe possibility to getbecome oriented by introducing a rhythm by means of parapets and head jambs of variableheight.

Two atriums touching at the circulation nodal point by a bridge between two lift tubes improve the natural lighting of rooms. Because the vertical space stretching up through the whole building appropriately deals with a smaller space than necessary for lighting of areas deep in the layout, only one atrium was closed by glazing and defined as an internal environment; the secondone was left open.

The main entrance to the office part is shifted deep from the street line on the ground floor and from thisway established passageare accessed a shop and a restaurant may be accessed.

Other equipment of the BETA buildingBETA is standard for similar buildings – an inherent underground garage on 3 basements, a staff canteen on the ground floor with a reception and a lobby. A terrace protected by covered, high-glazed sidewalls is available for the staff on the top floor. 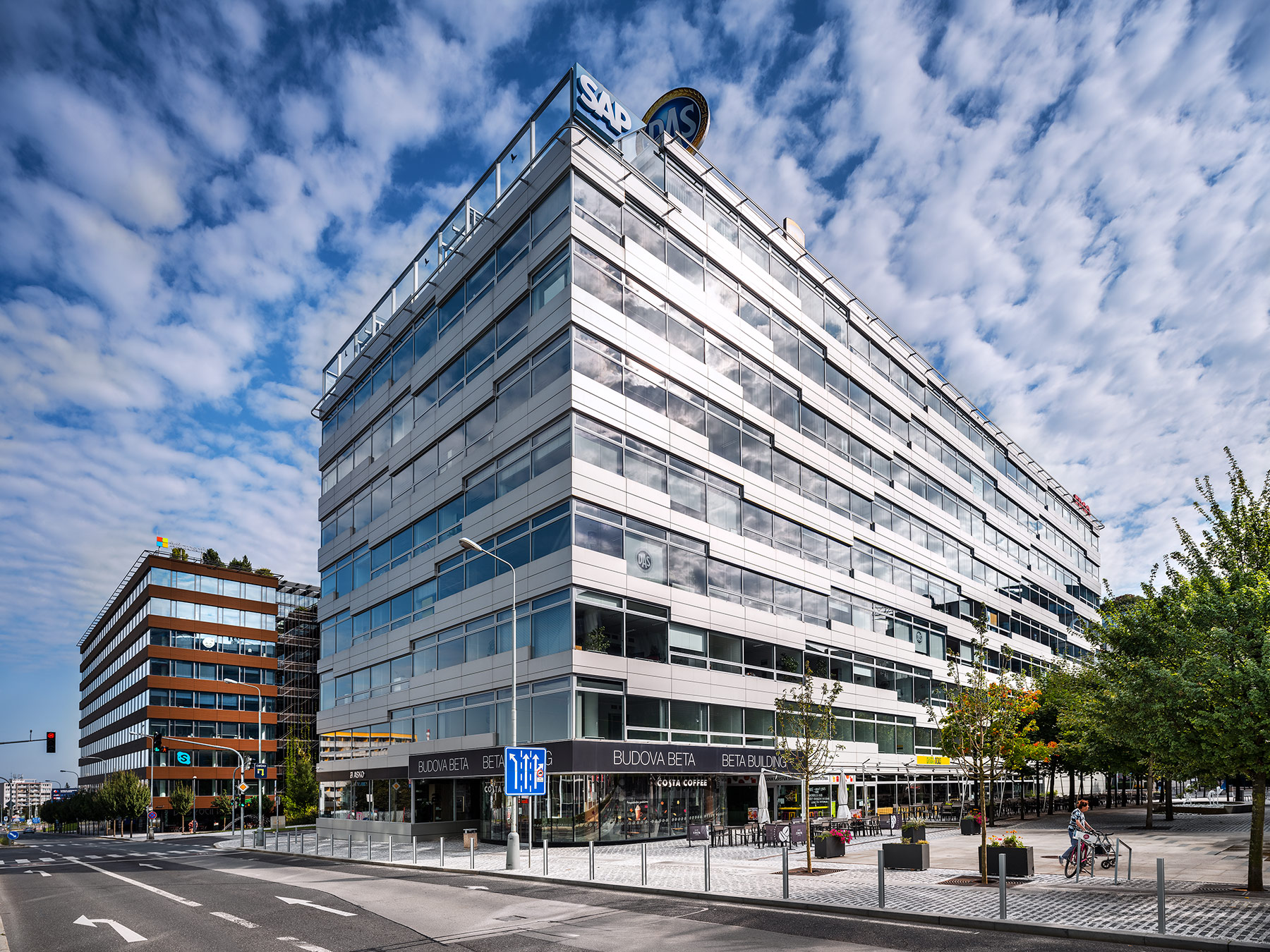 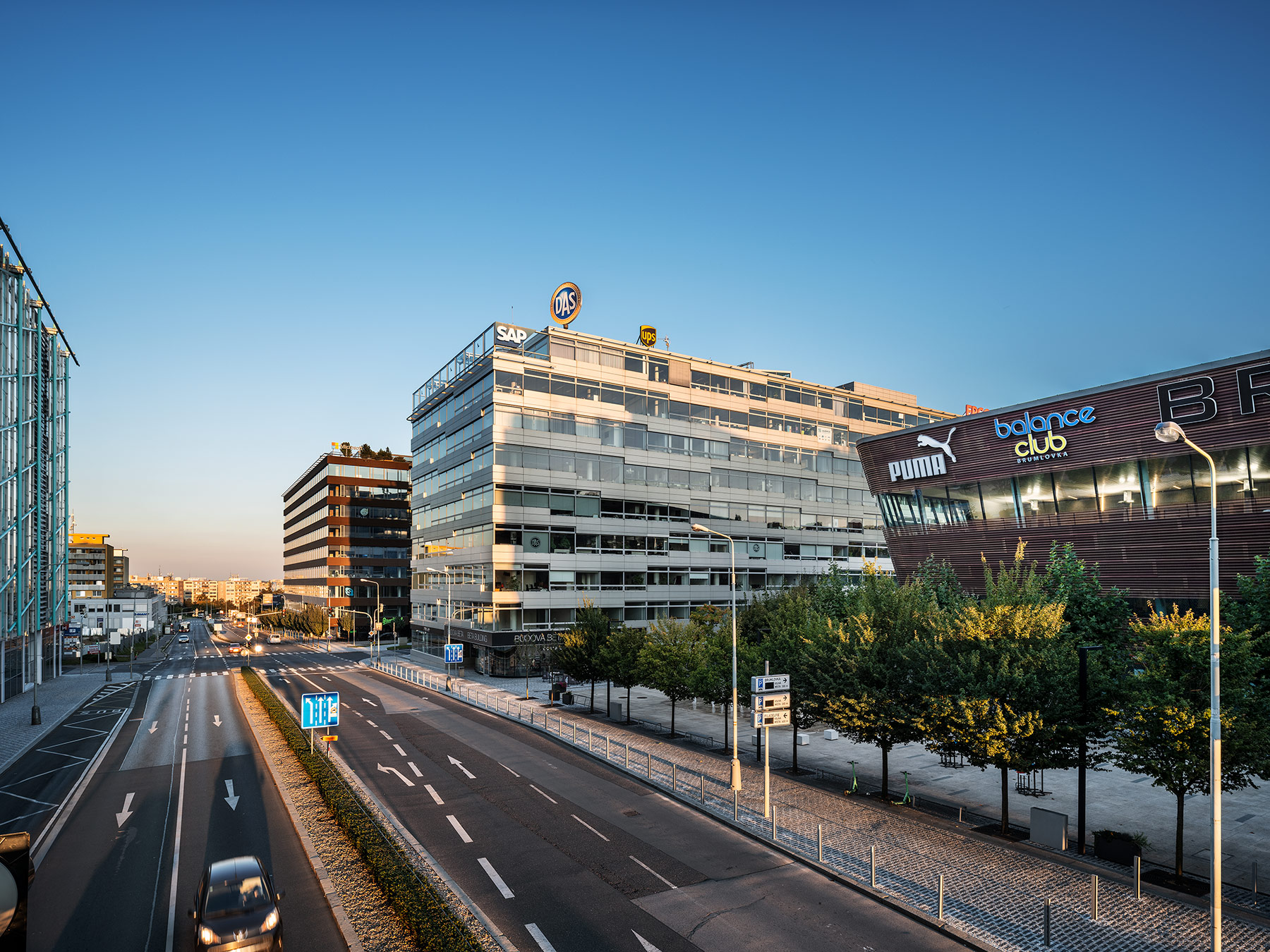 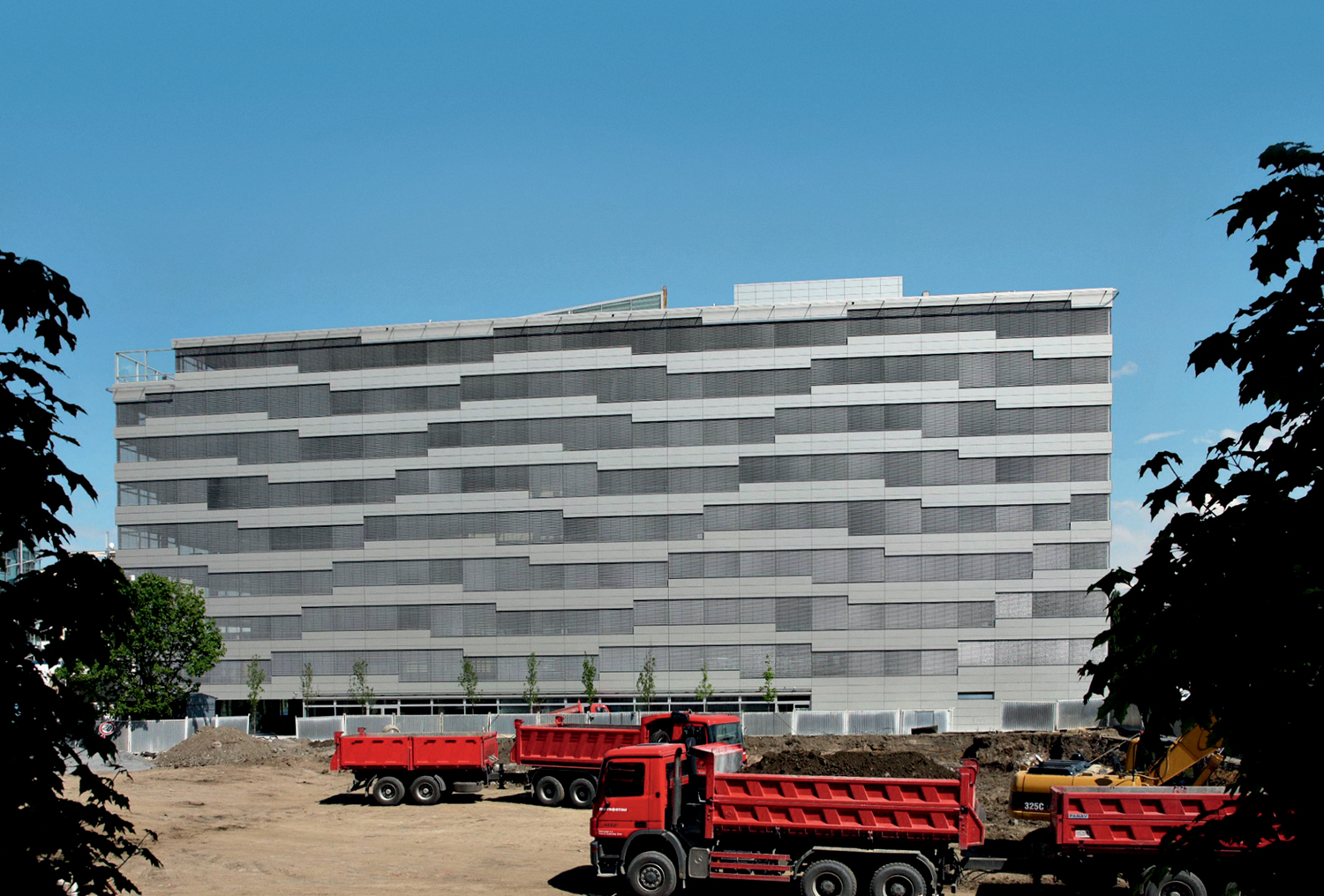 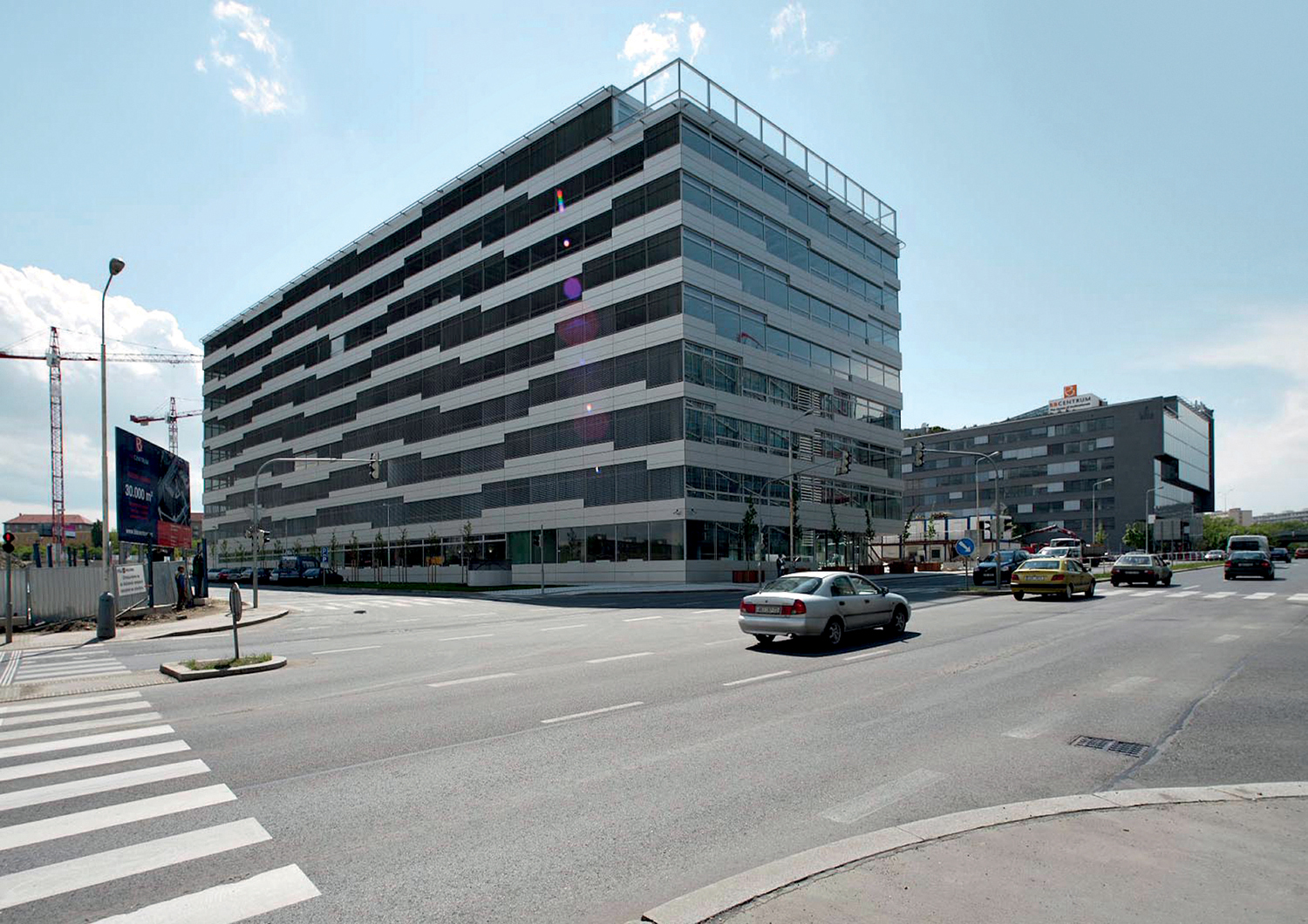 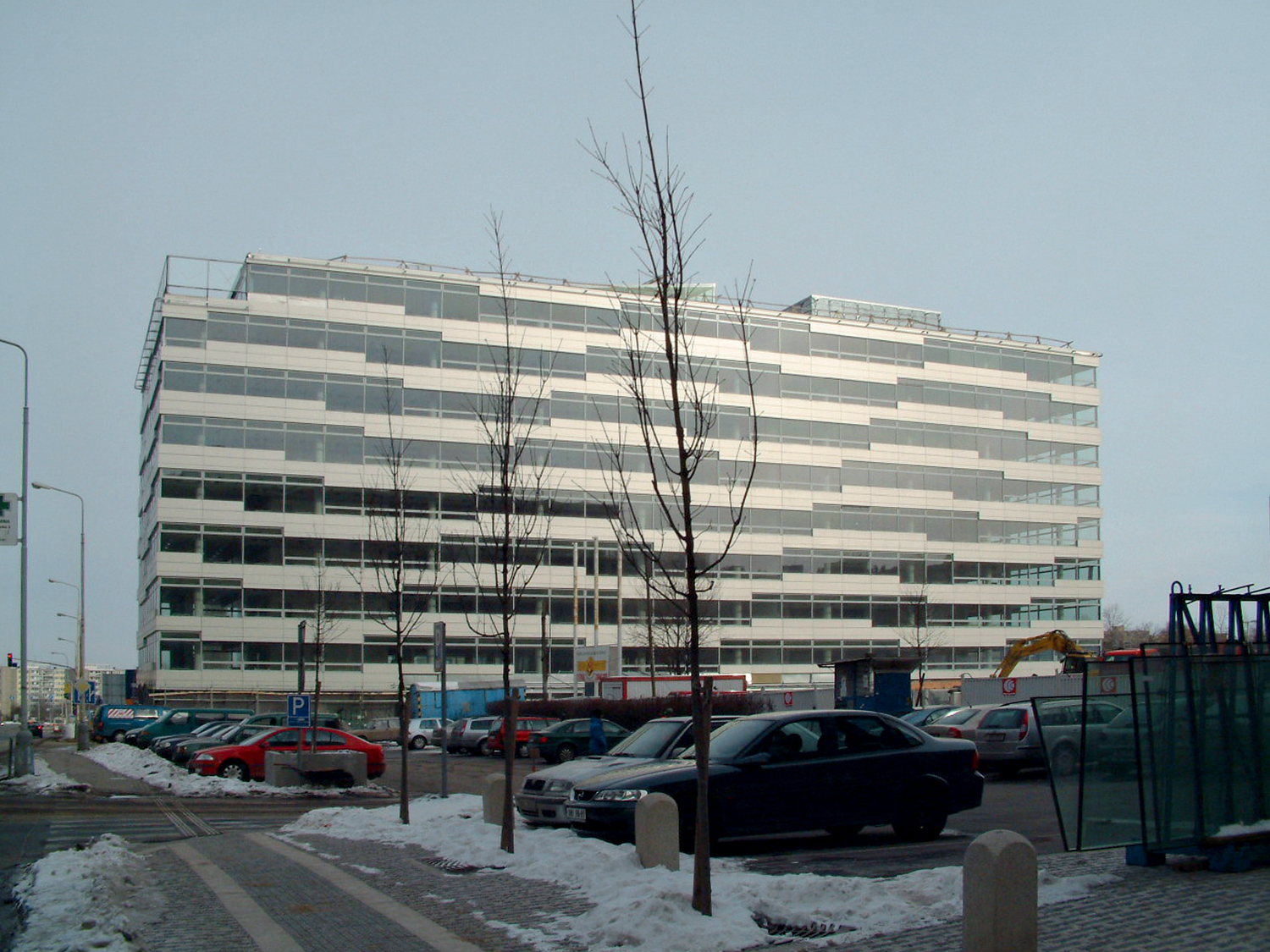 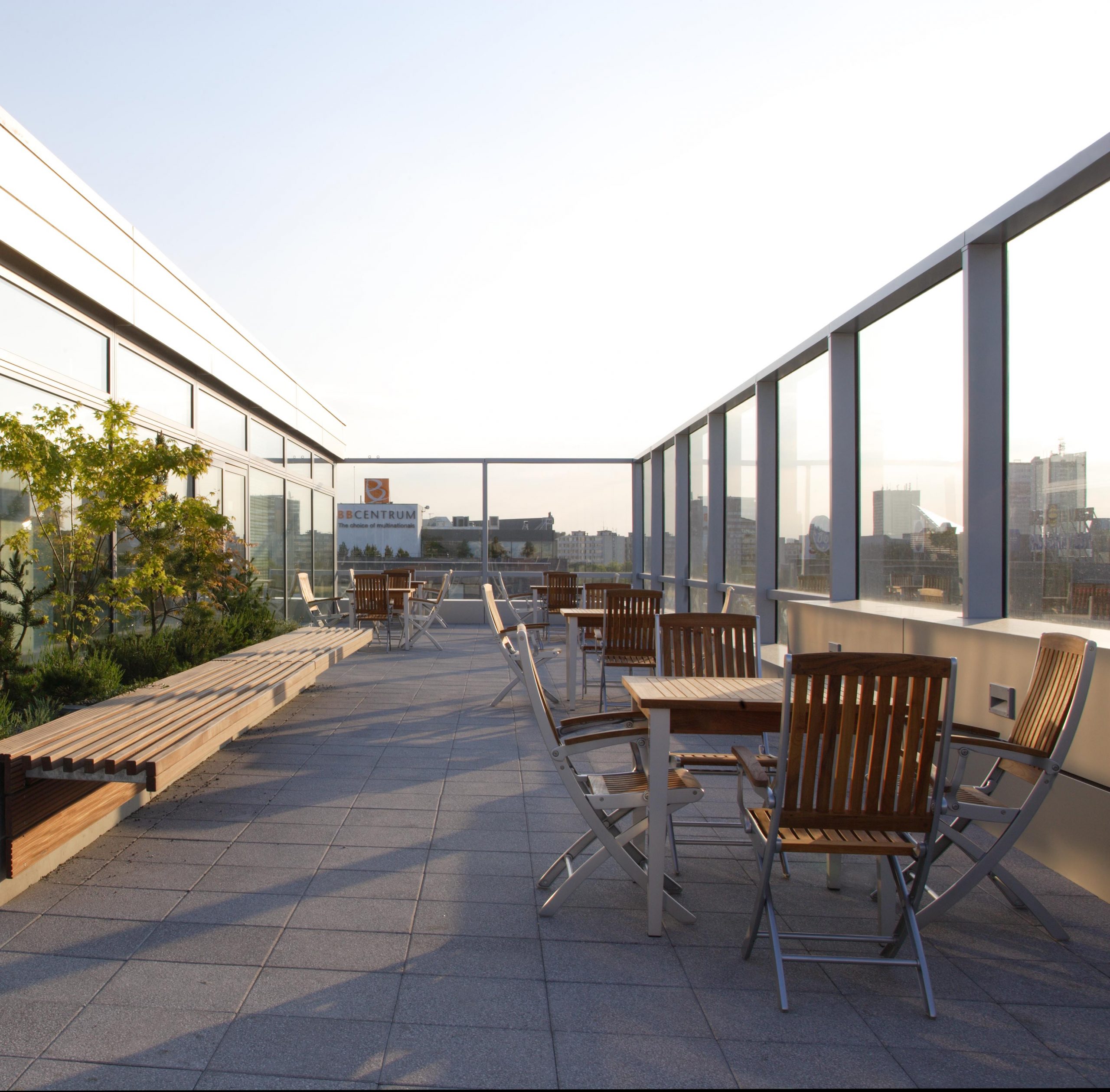 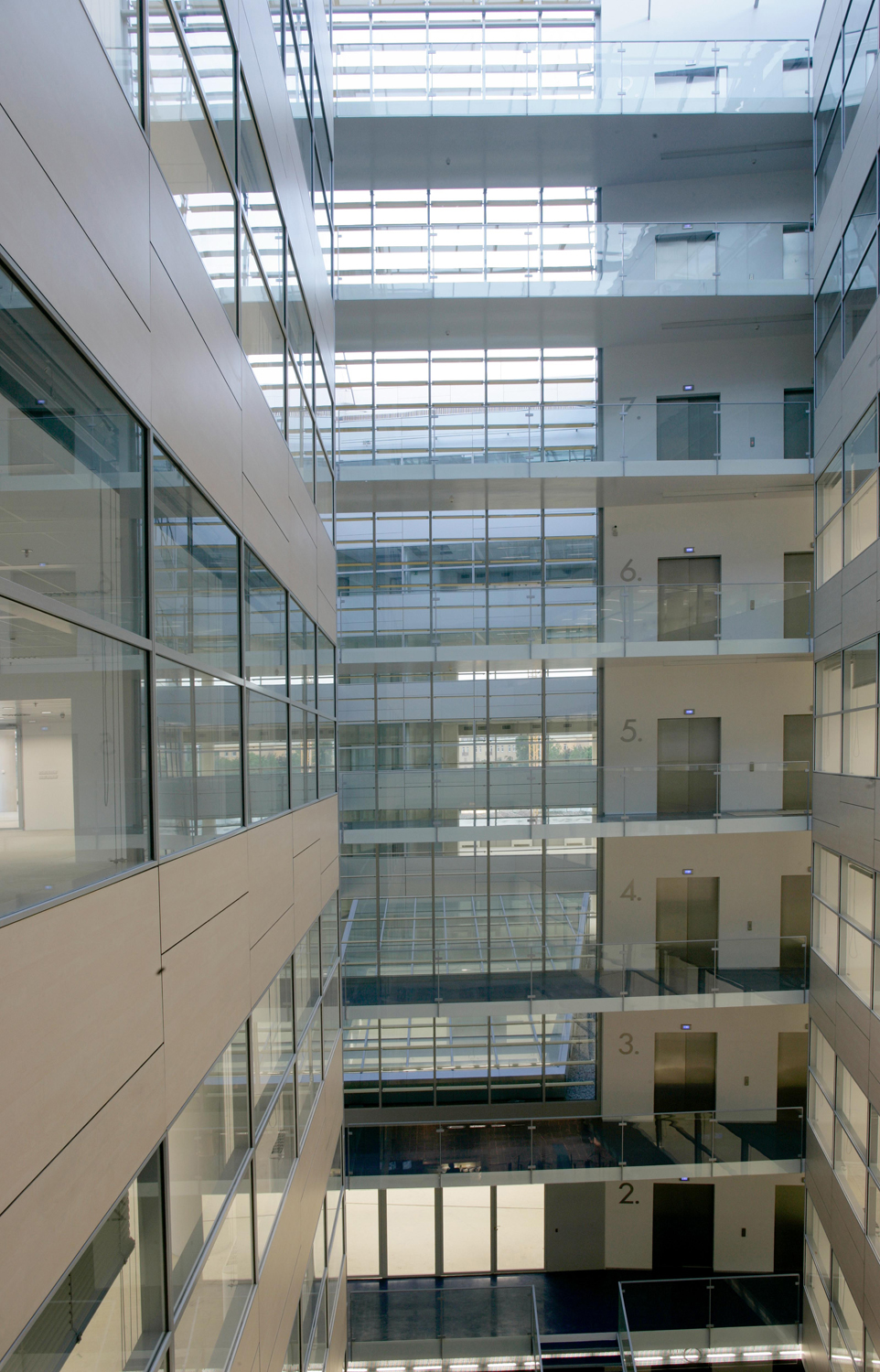 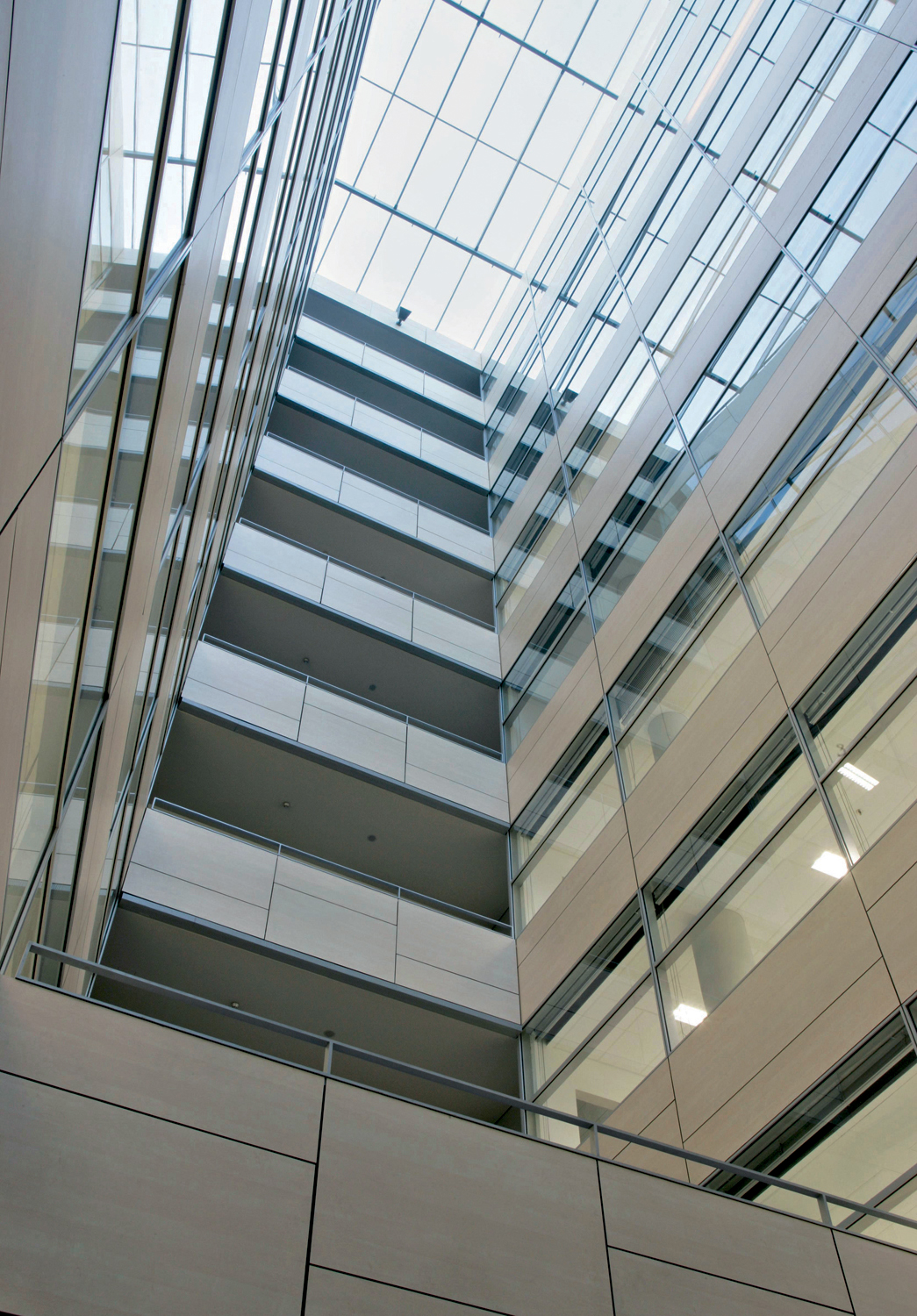 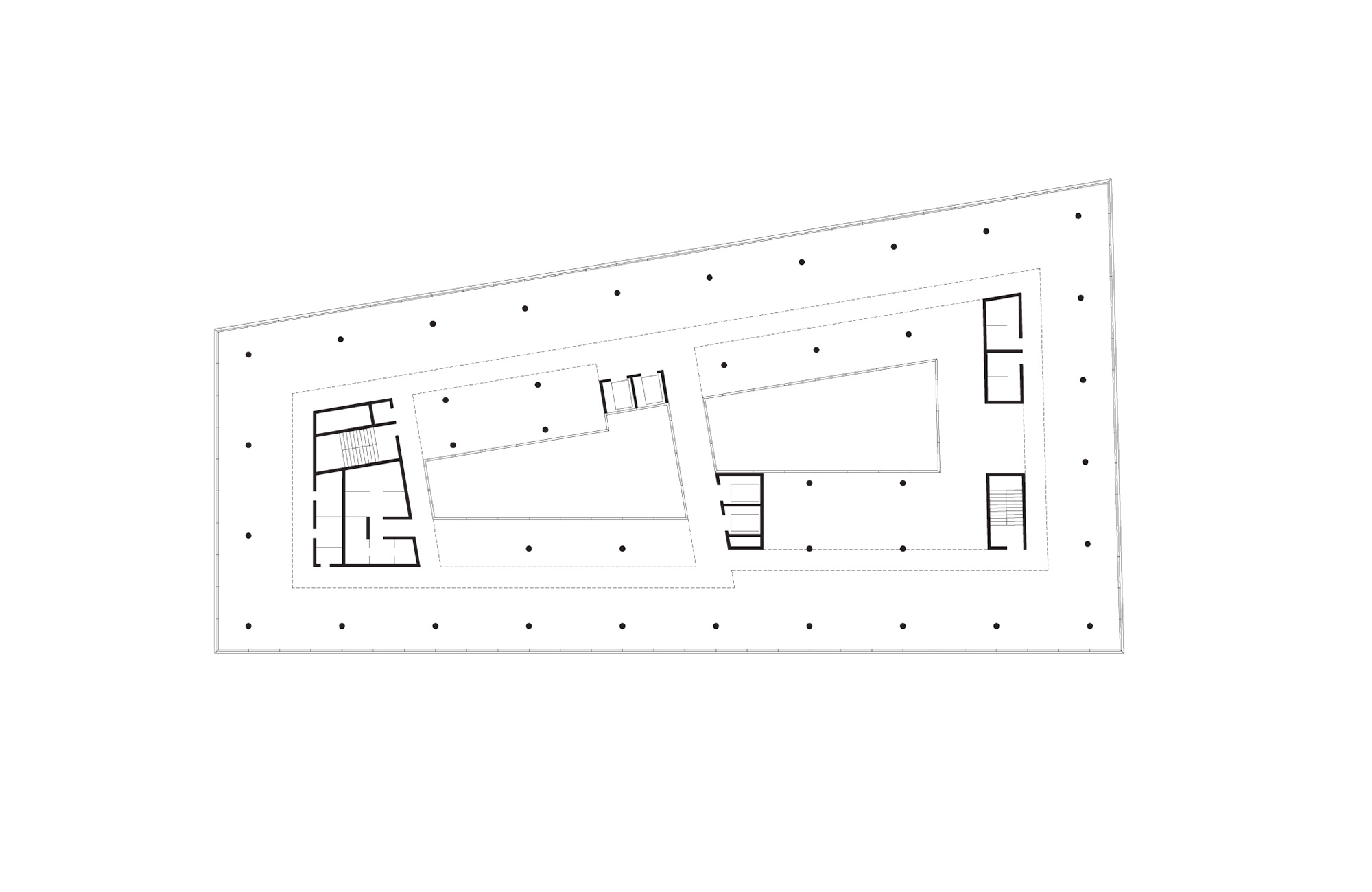 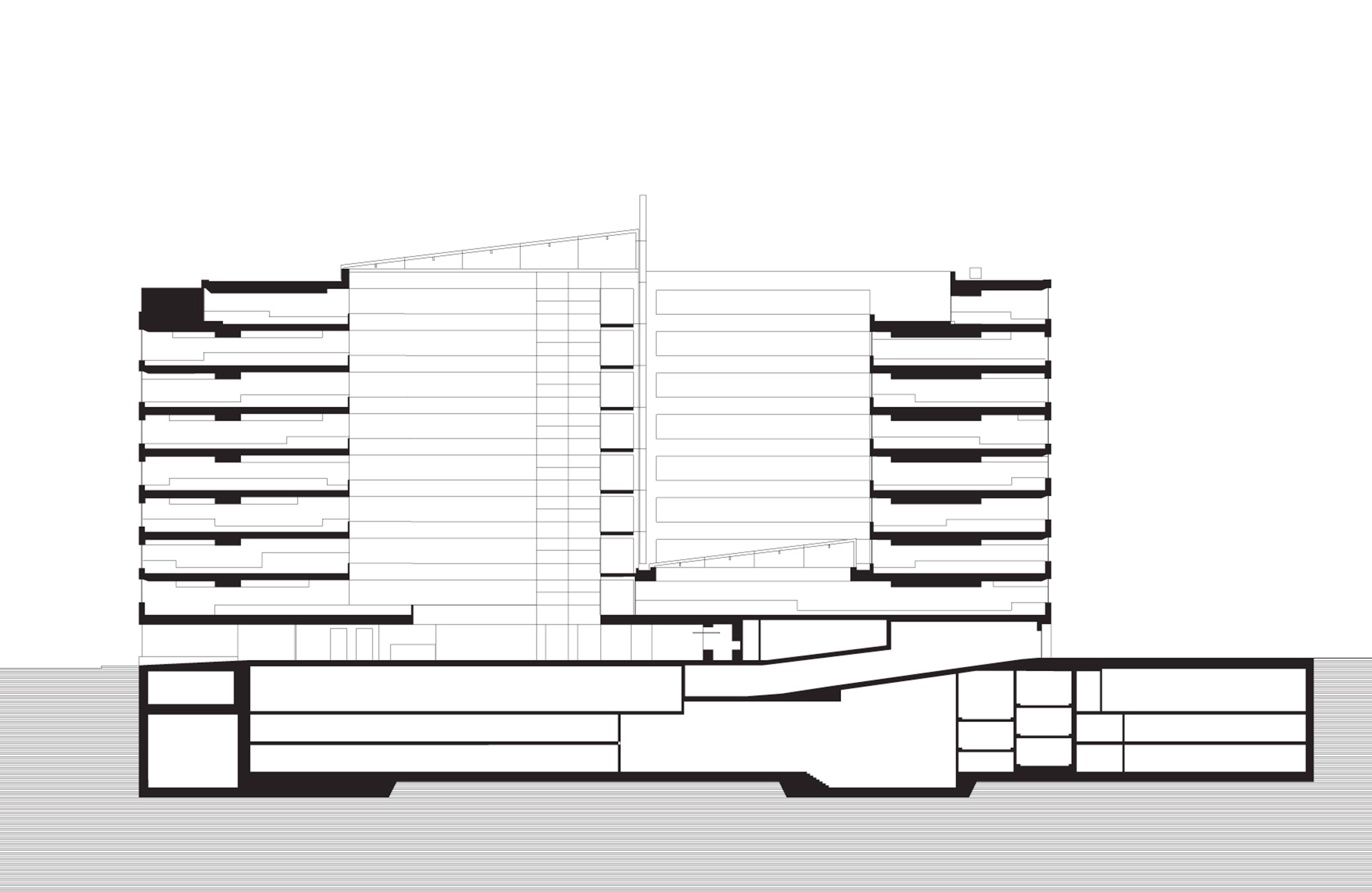 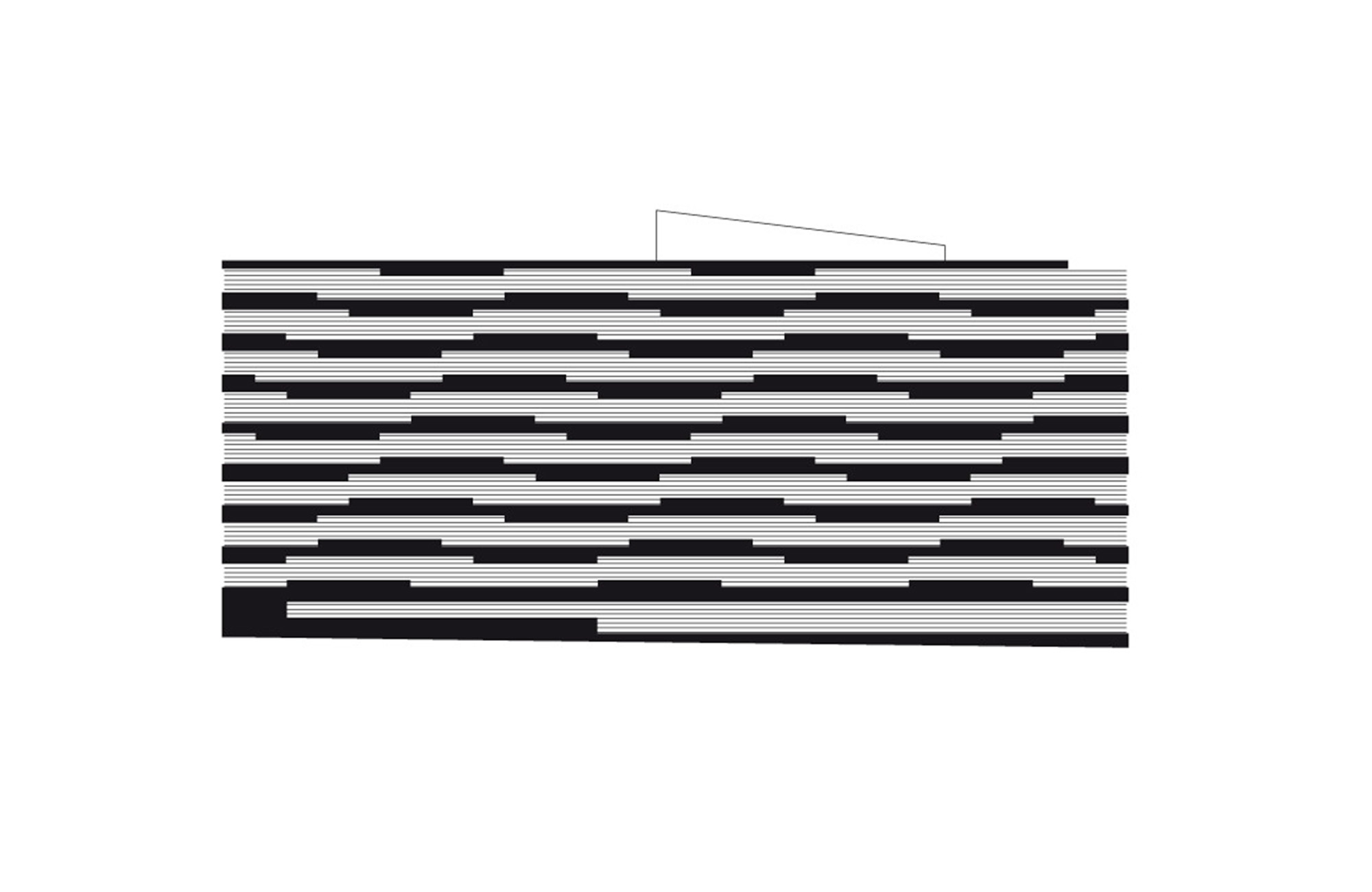