Installation of the SKOL!!! – Jizerská 50 exhibition

Marek Tesař, co-owner of the RAUL agency doing marketing for Jizerská 50 (a cross-country ski race) came up with an idea to present the fiftieth anniversary of the race with a gift – an exhibition themed Jizerská 50 in art. Petr Volf, an author of many books (“Sport je umění/Sport is an art” among them) and a curator well experienced with exhibiting sports themes adopted the idea. He approached artists he knew as having a close relation to doing sports and to working with the body, but also those who do not ski but love challenges.

The established collection of artworks was exhibited in the Mánes exhibition hall in Prague and then, featuring more works, moved to Liberec.

Sports are ever closely linked to competing and records and the exhibition SKOL!!! was not lacking behind, whatsoever. According to Petr Volf, it can credit itself with at least two championships: It was the first Czech, and as far as the available information provide, even the world exhibition of paintings exclusively dedicated to only cross-country skiing. One of the exhibits was (according to the available information) the biggest sport-themed sculpture in the world – an 11 meters long and 3 meters tall welded structure named Rozpad/Disintegration expressing feelings of a sportsman after running through the finish of the race. Pictures of competitors falling onto the ground and motionlessly lying for a few minutes are notoriously known. Rozpad/Disintegration expresses this very moment of total exhaustion. 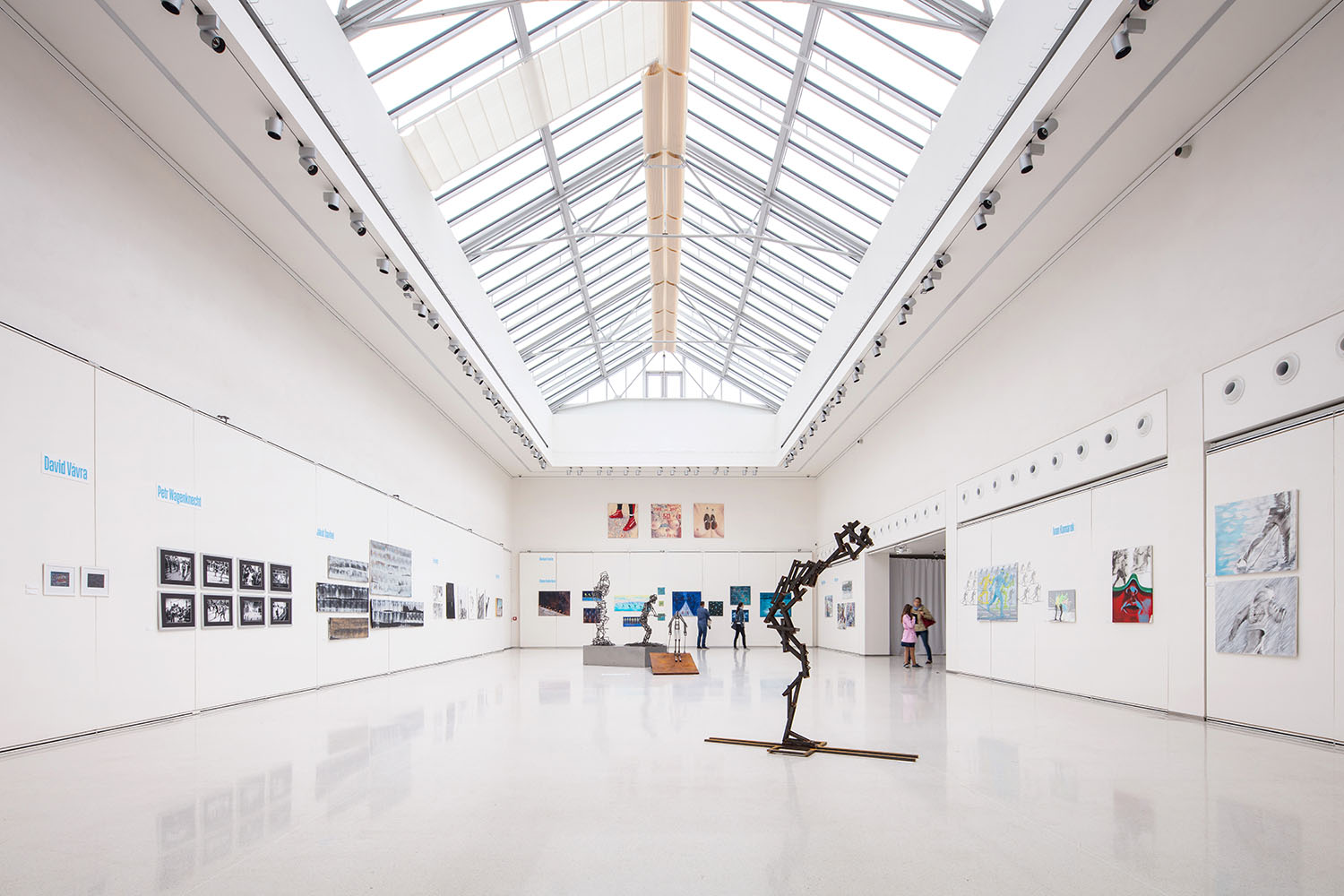 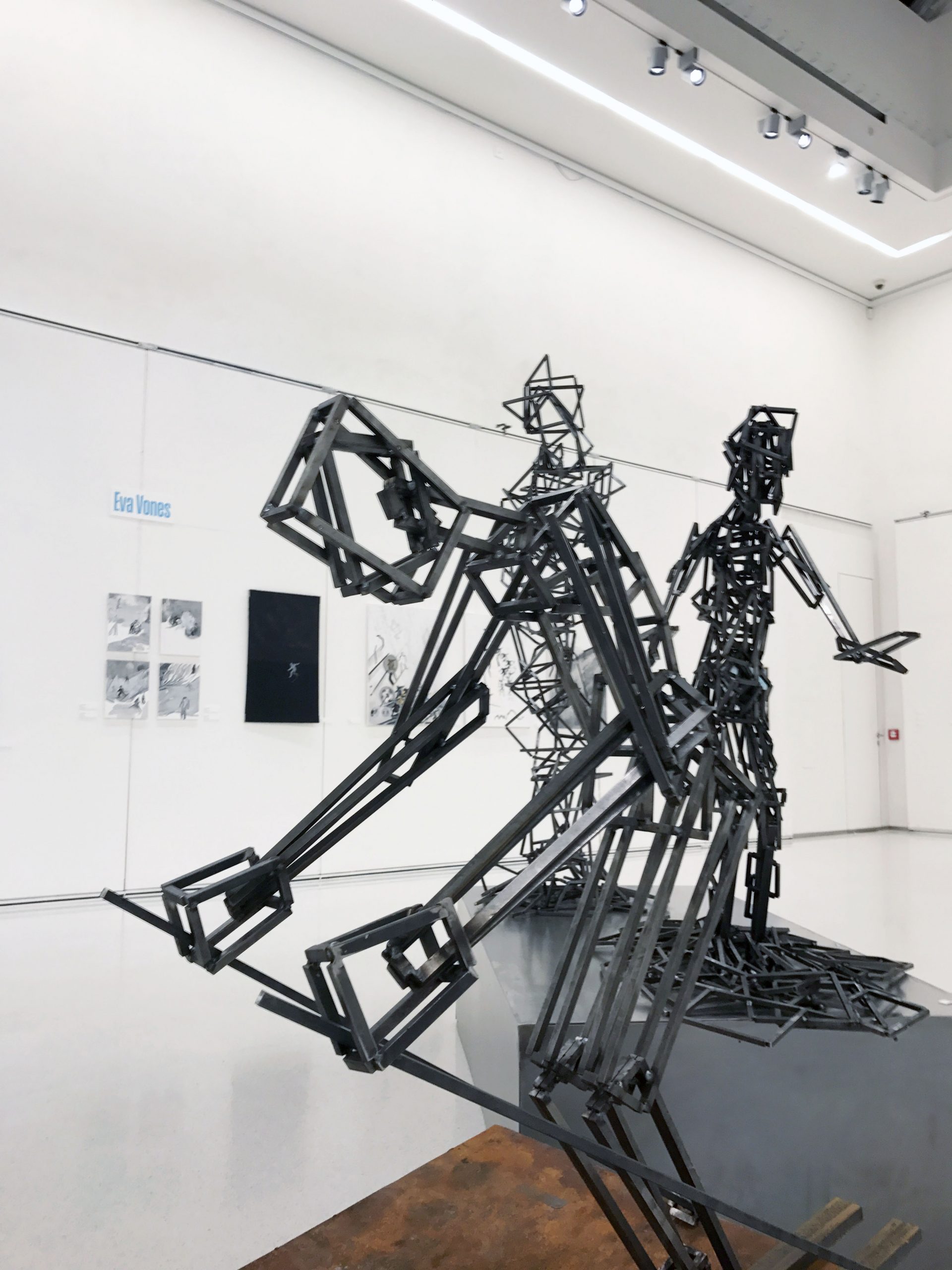 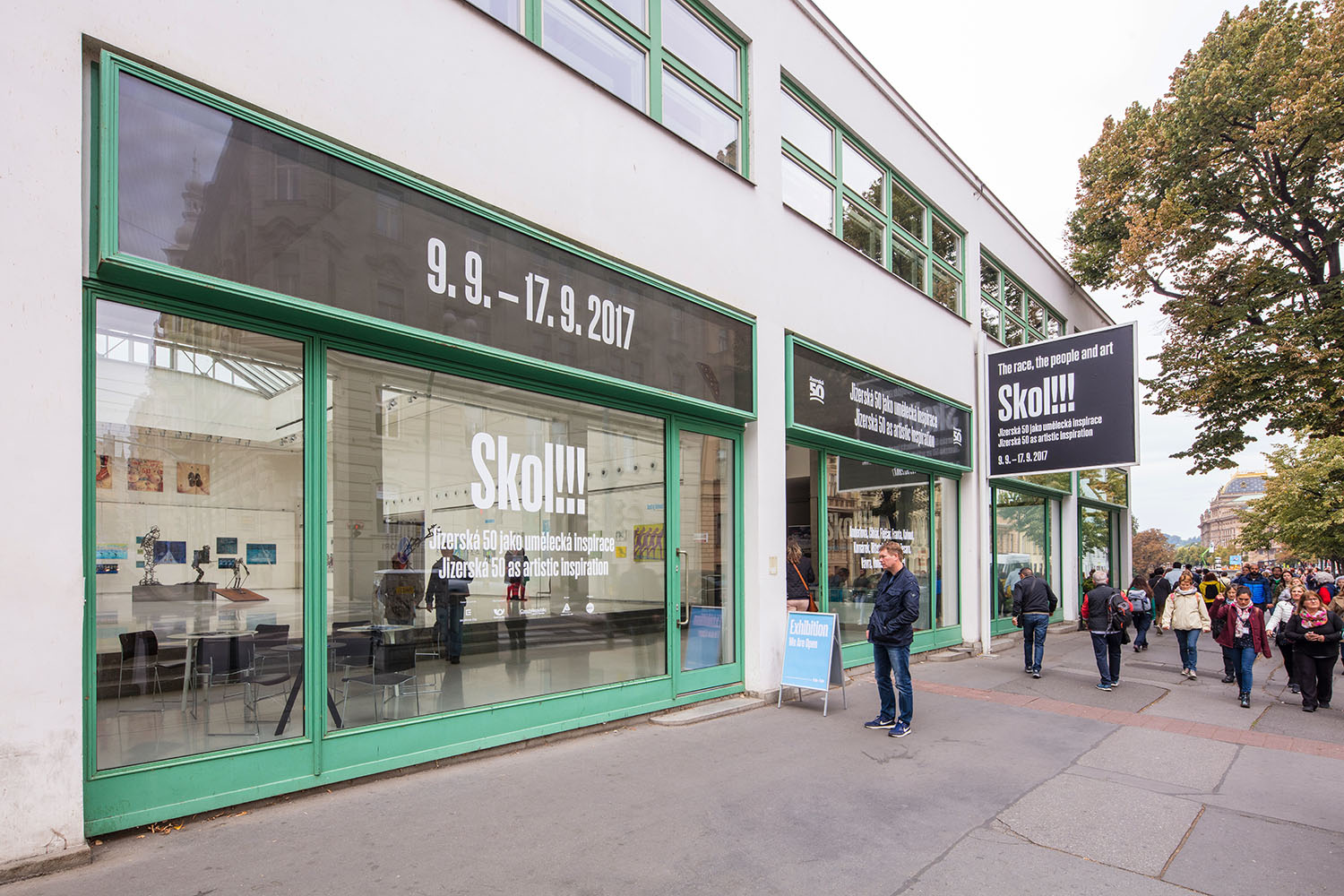 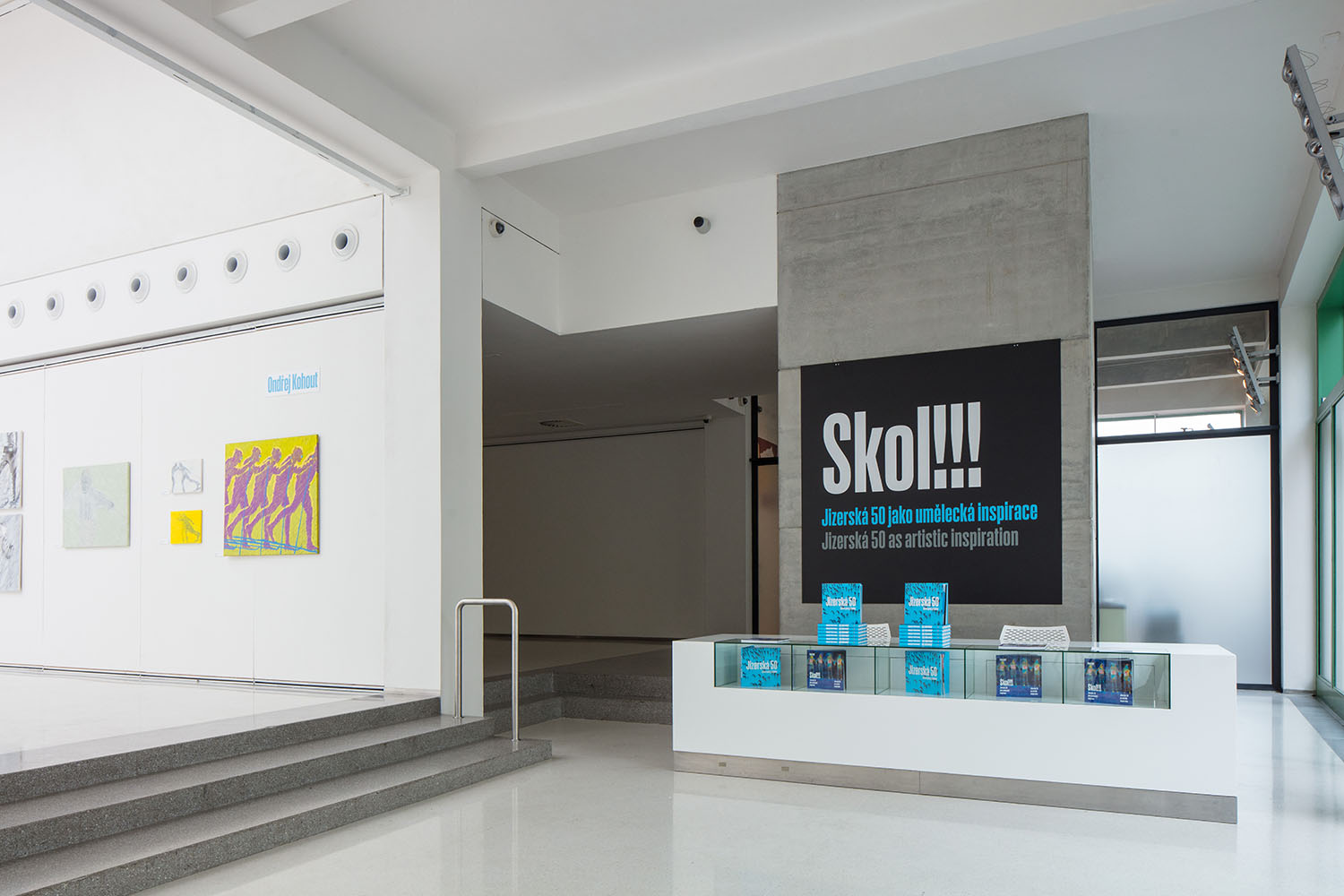 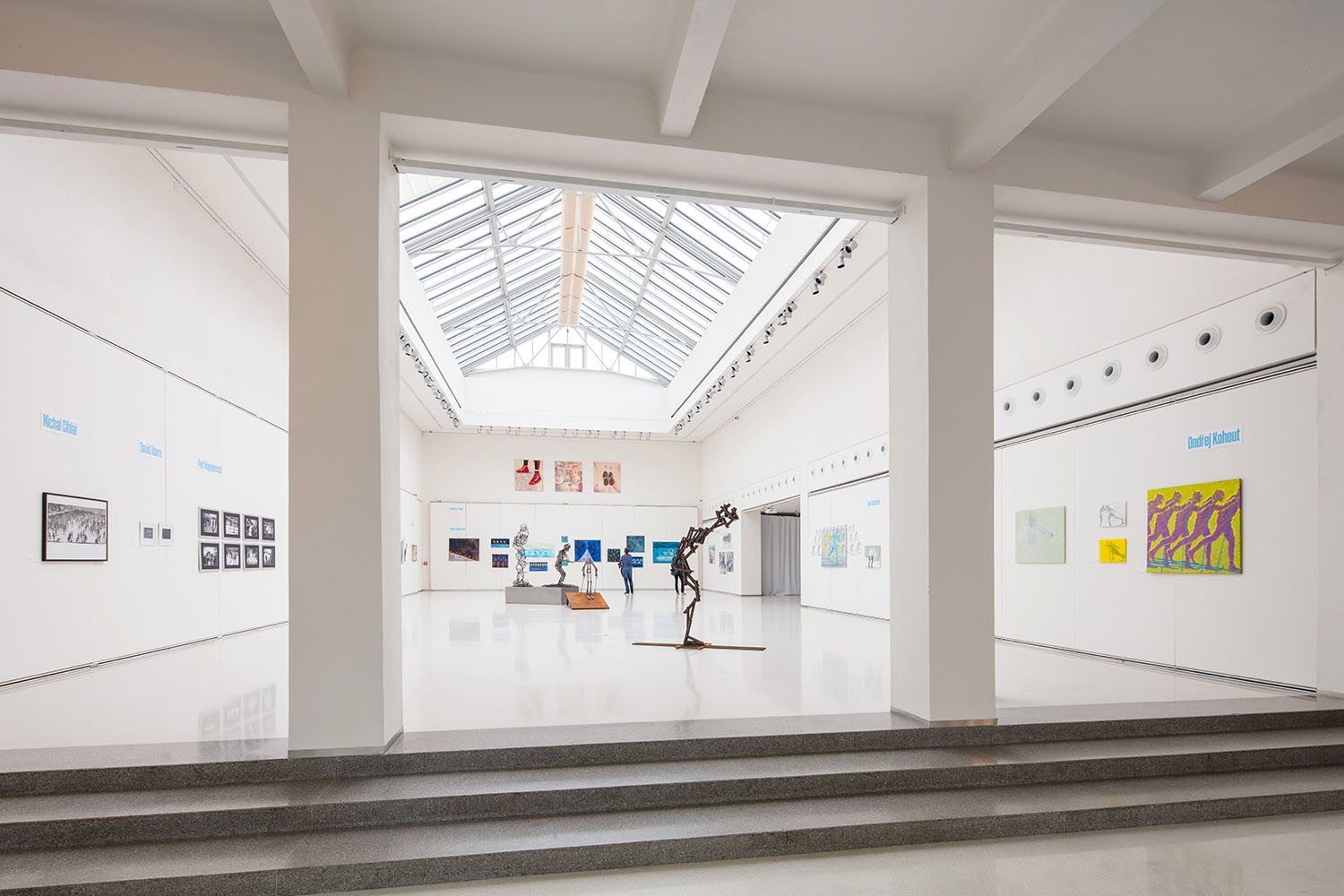 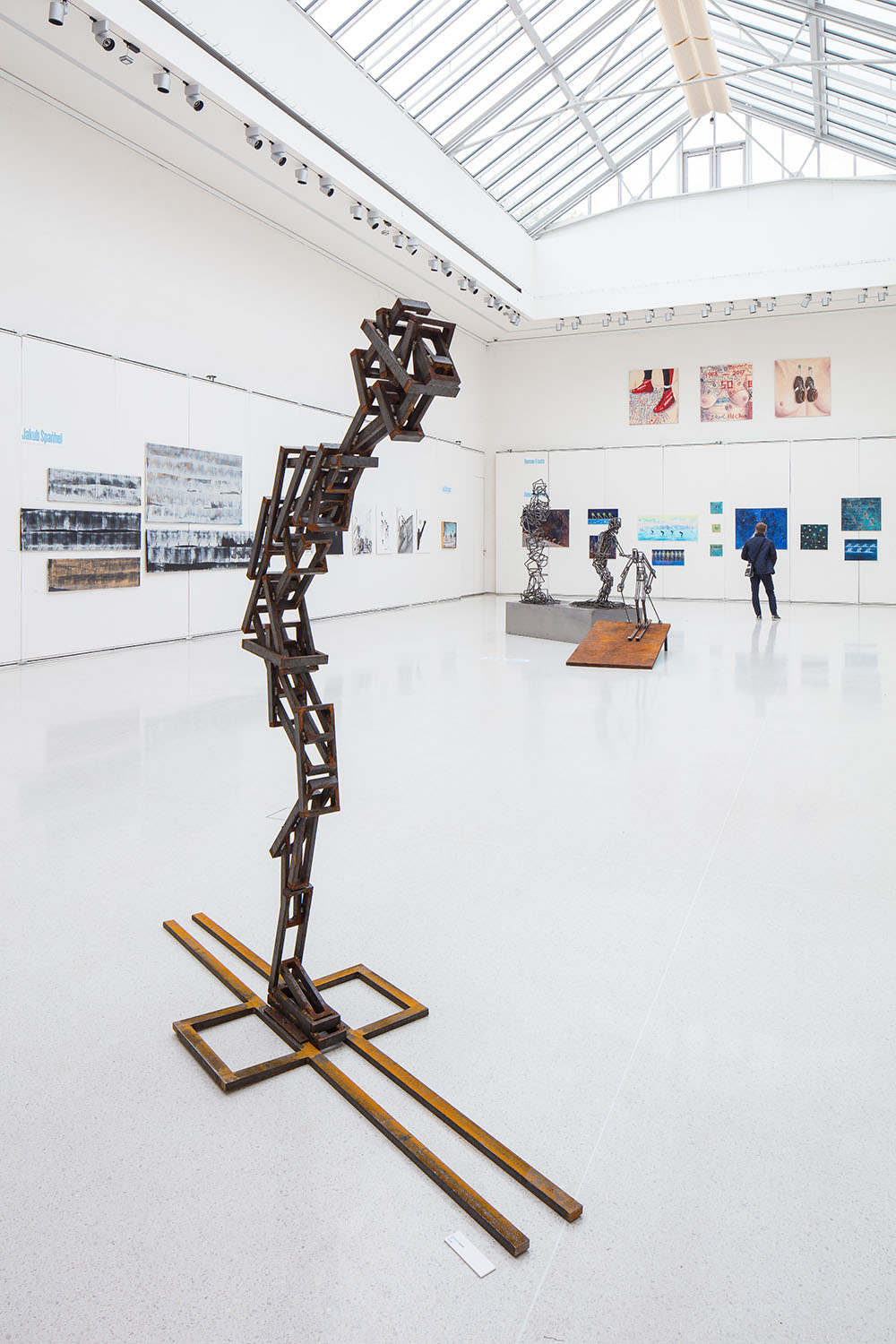 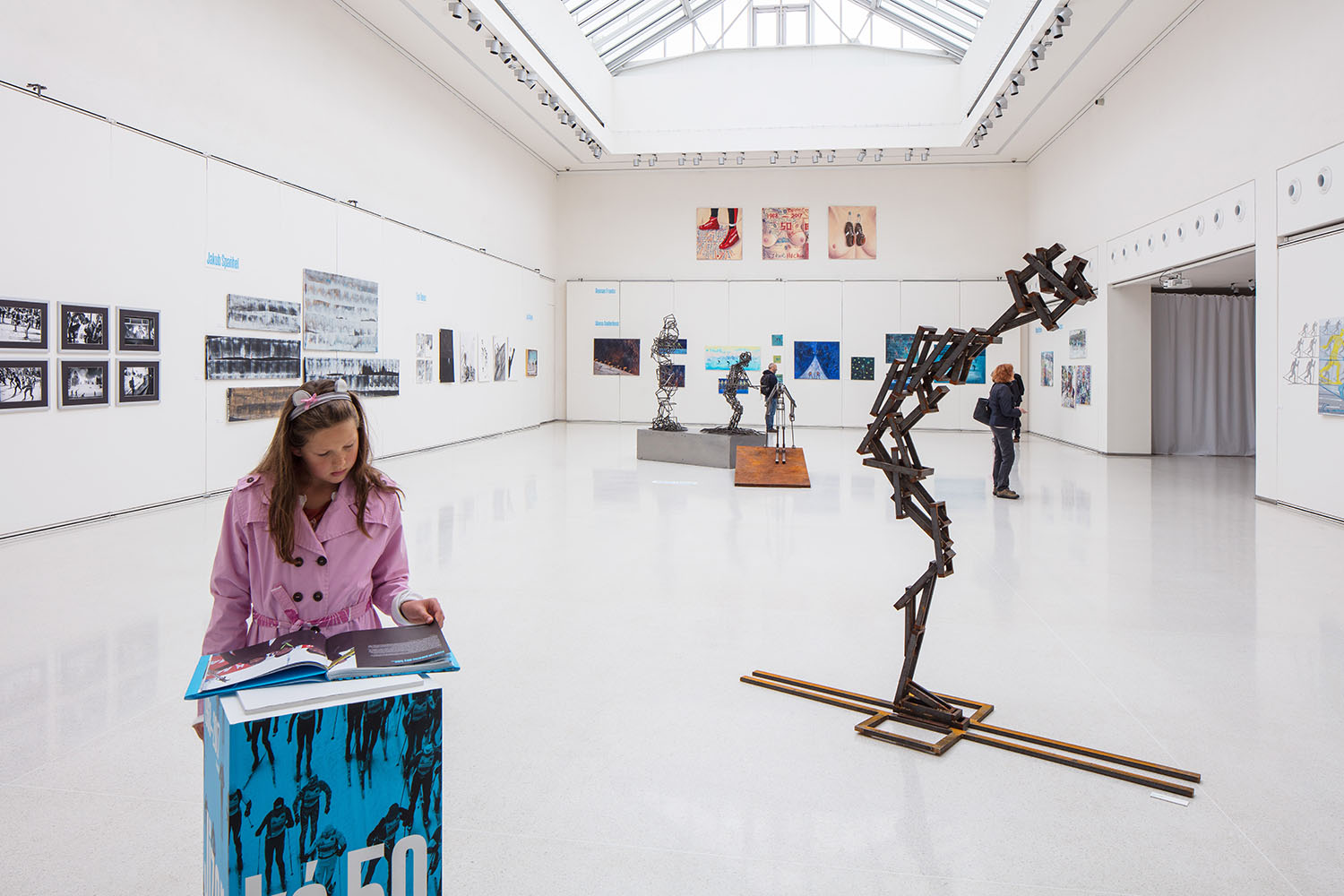 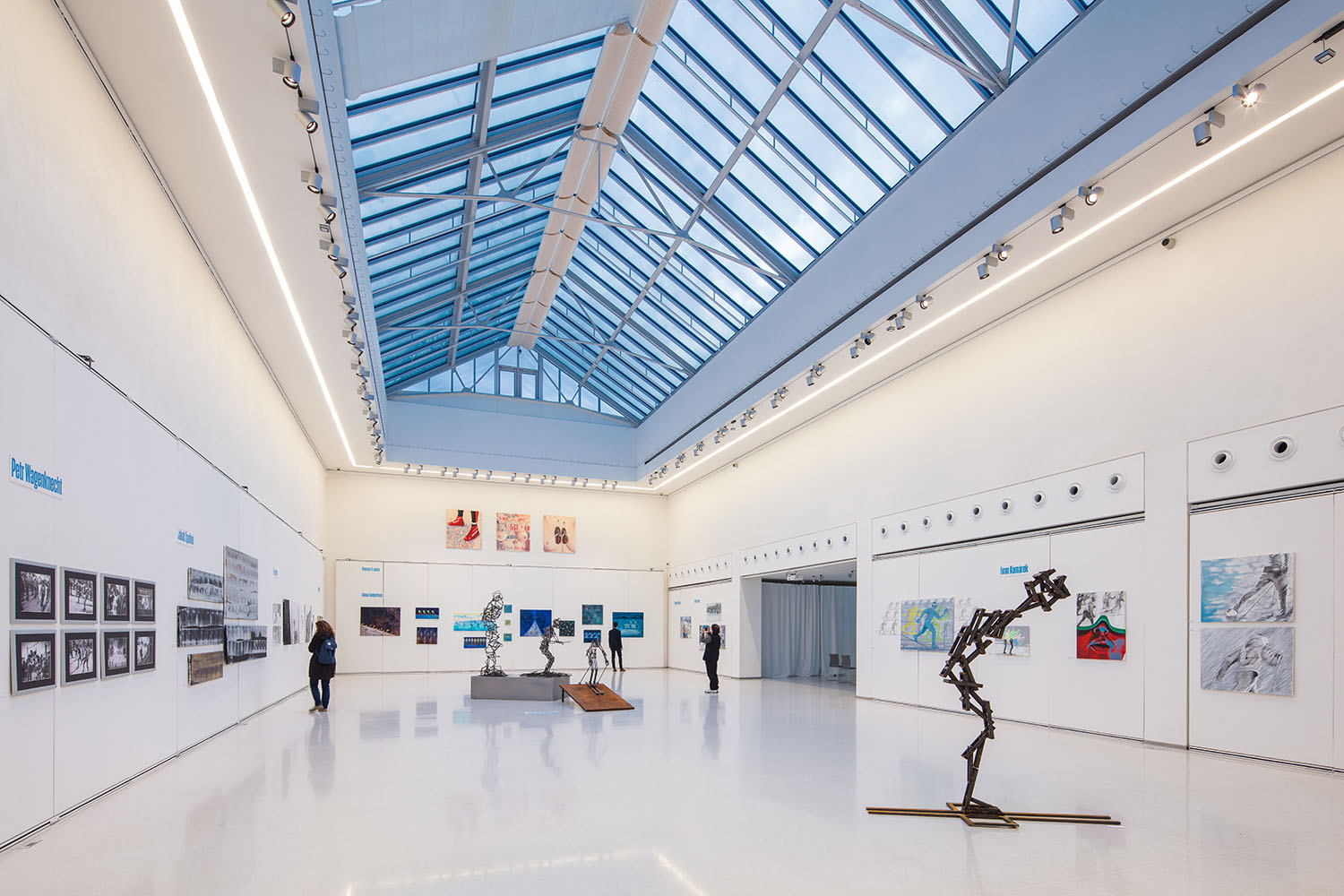