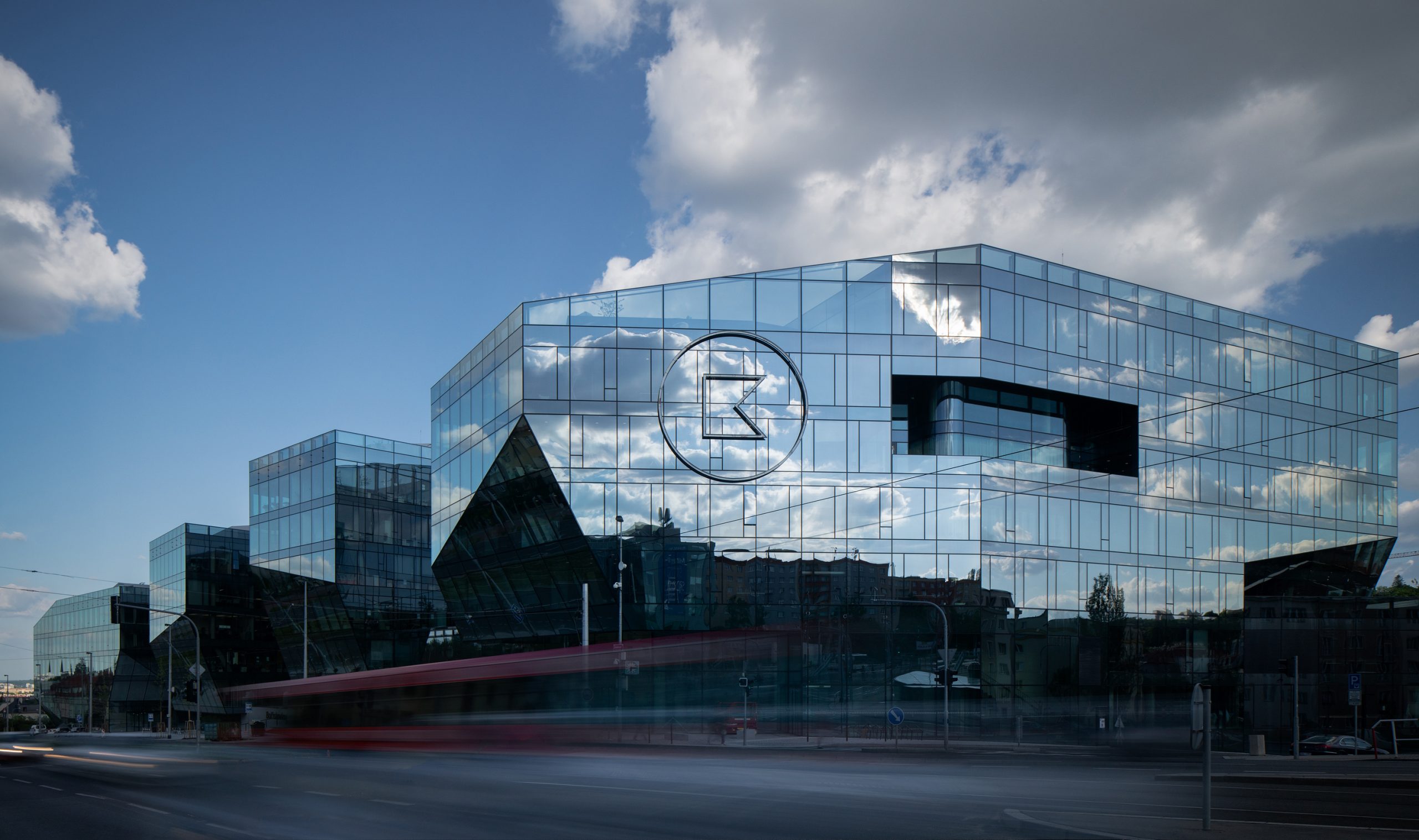 We were invited to participate in an architecture workshop organised by KKCG in 2012. The workshop’s theme was to develop the new appearance of the new development on an empty, complicated plot next to a bustling city ring road – Evropská Street in Prague 6-Vokovice, right next to the Bořislavka metro station.
The complexity of the plot was its very irregular shape with a significant inclination and the widely diverse context of the surrounding buildings. There is the Hanspaulka residential area, a relatively pleasant medium-storey residential development along Kladenská Street, nearby high panel buildings of the Červený vrch housing estate, and a detached office building in the opposite quadrant of the Horoměřická Street intersection. Evropská Street has undergone a great deal of development since the 1990s. New buildings have been built along the street housing headquarters of prominent companies that, by their urbanistic arrangement, reinforce the character of Evropská Street and less the local urban environment behind it. The inadequacy of the derelict lot next to the metro and the tram station, having a prominent position within the Prague topography and overlooking Prague Castle was a challenge for all workshop participants. The brief’s most important message for us was that, in addition to the construction of a representative company headquarters and a new building added to Evropská Street, KKCG also emphasised the need to improve the environment within the adjacent area; to complete Kladenská Street, add public amenities missing in the neighbourhood, and improve residents’ access to the metro station. That is, the task was to create a genuinely vibrant urban environment. Evropská Street took over the historical role of Kladenská Street as the city’s central spine in the past century, but unfortunately only in the traffic sense, without shops and services for the locality. Therefore, from the very beginning of our work, we aimed to create a true mixed-use centre complementing all facilities and shops missing in the area (grocery stores, restaurants, cafés), including a new public space – a small piazzetta designed as approximately replacing a similar space existing here in the past.
At the beginning of the work, when studying historical maps, we realised that the irregular shape of the land in the form of a very elongated triangle was not, in this case, the result of an anomaly in the Land Register or the geometric chaotic nature of our current Land Use Plan, but a record of the original historical access roads from the north-west to Prague Castle and the sharp angle they form as a result of their different elevations. Historically, probably the most important road in the line of today’s Horoměřická Street crossed the original lanes matching the line of today’s Evropská and Kladenská Streets and formed a triangle with them on this very plot. We decided to develop this geometric scheme in the concept and allow the passage through the property again. However, we converted it from one axis to three axes spread over its entire area. For the sake of the permeability through the site and a consensual scale due to heterogeneous surrounding buildings, which do not provide a clear urban context, we designed four buildings instead of one conventional uniform block. In determining their form, we were inspired by the plot’s irregular shape and the principle of fractal similarity in its subdivision. Thus, the buildings’ geometries are directly derived from the form of the plot. They are irregular but related to each other and in strong geometric relationships. Between them, alleyways and public spaces are designed to evoke the tightly packed streets of buildings in historic town centres. The final form of the Bořislavka Centrum is four buildings whose configuration resembles a crystalline structure laid on a common platform, compensating for the considerable terrain differences in the surrounding streets’ elevations. We understand the whole development as a form of an urban block; the aim was not only the aesthetics of individual buildings/crystals but, above all, the environment around and between them. Most of the key public spaces have been established on the platform, particularly the piazzetta with a mall leading to it, enabling direct accessed connection of the entire Bořislavka Centrum and its surroundings to the metro lobby. The statue by Federico Diaz underlines the significance of this place overlooking Prague Castle.
We used glass facades to express the crystalline forms of each building precisely. However, we rather reduced various typical effects such as complete reflection or total transparency. Large glass surfaces are not a symbol of modernity or sovereignty of the office typology but only a means to establish a specifically defined and modelled space. The glass does not express the individual buildings’ lightness – crystals – but symbolically their compact weight and tectonics in the fixed positioning of these volumes on the platform.
Despite its relatively subjective form, the unconventional geometry of the architectural form is the result of many site-specific influences. We understand the whole set of buildings as a contemporary and specific type of urban block with firmly defined street lines and public space.
We consider multiple options allowing people to reach the Bořislavka Centrum from the surrounding area along Evropská and Kladenská Streets, pass through the entire structure and use a direct connection to the metro vestibule from several entrances in the area as the essential feature of the urban concept. By the extent of possible movement through the public and semi-public spaces and terraces, both indoors and outdoors, evenly permeating the whole complex, it can be compared to an anthill.

Our architectural concept of the Bořislavka Centrum from the beginning envisaged artworks as integral parts of the entire environment, principally in two periods.
The first set of the artworks was conceived in predefined positions in the exterior (piazzetta, space in front of the entrance to HQ) and the interior before the Centrum’s construction was completed.
The second part should continue after the completion of the Centrum, mainly in the public space. The artworks are positioned and selected in the context of the existing buildings.
It can thus be an artistic response to the physically present space; creative approaches will have the chance to respond to it and, of course, to define themselves in relation to it. Moreover, works can be created here assuming long-term coexistence in the given space and short-term installations and exhibitions.

So, there will also be space for completely up-to-date artistic messages here. Here, artworks have always been understood as completely free expressions of the artists; the architectural libretto only defined their positions in specific exterior spaces and interiors of buildings. There was never a brief regarding a common starting point for the works under consideration or their theme, nor was there any defined degree of integrity or contrast with architecture.
The fact that the sculptural works of art realised in this stage are related to fundamental natural principles is the result of an unplanned synergy between these artists and the environment they entered (To the Mountain by Federico Diaz, Iceberg by Maxim Velčovský, Planet by Centrum’s architects Jan Aulík, Leoš Horák, David Zalabák and sculptor Pavel Filip, and Wind by Jan Poupě). And of course, between the artists and each other. 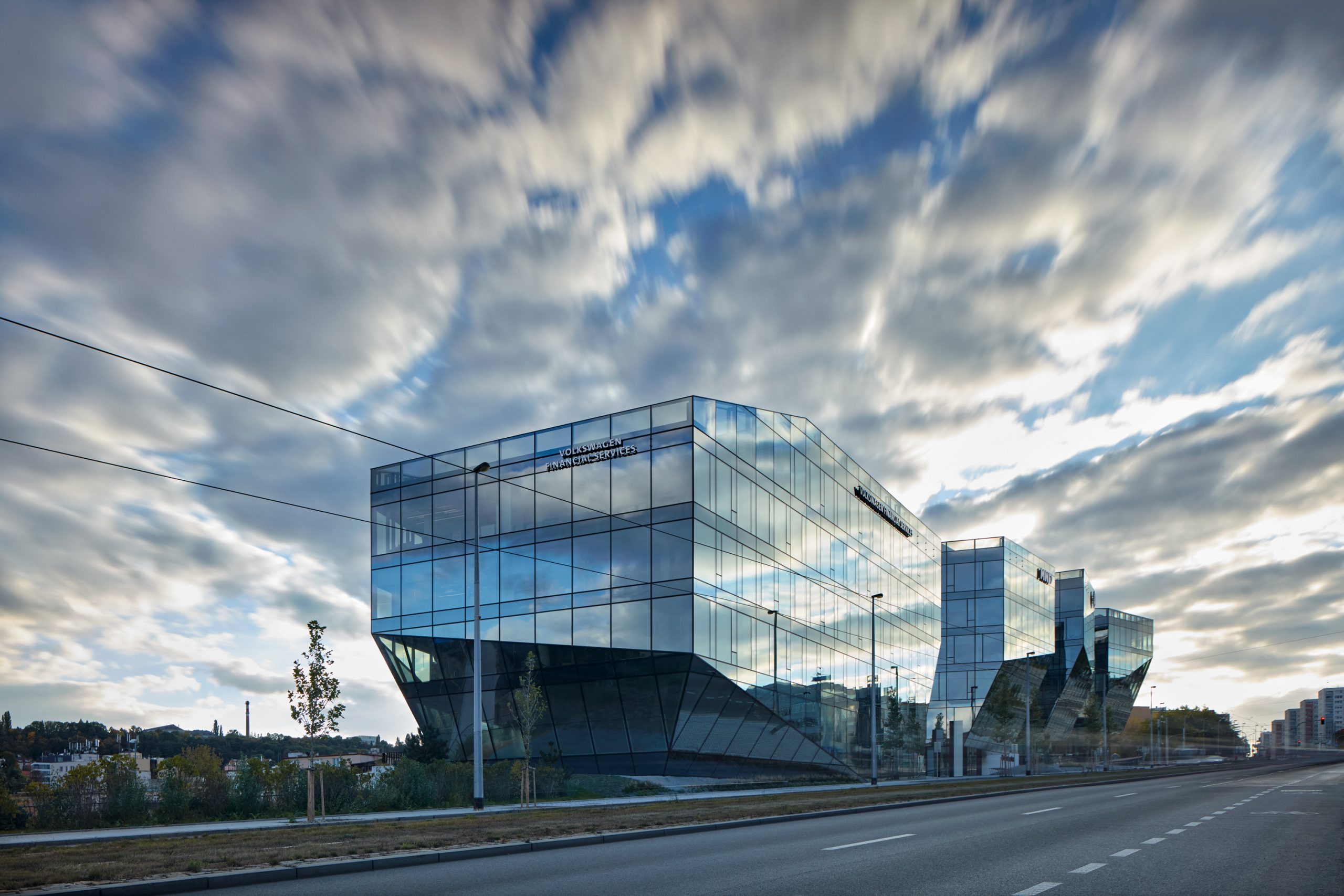 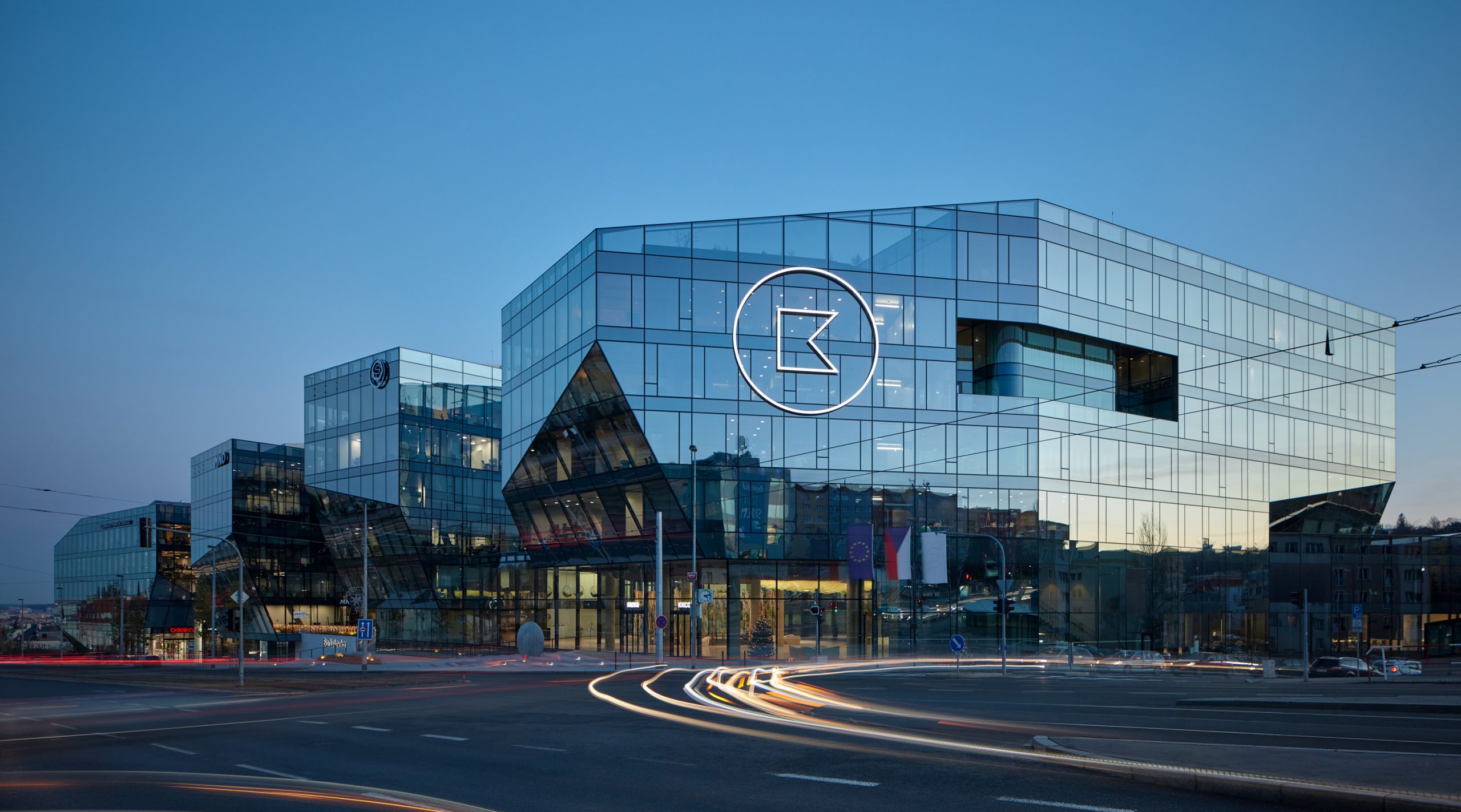 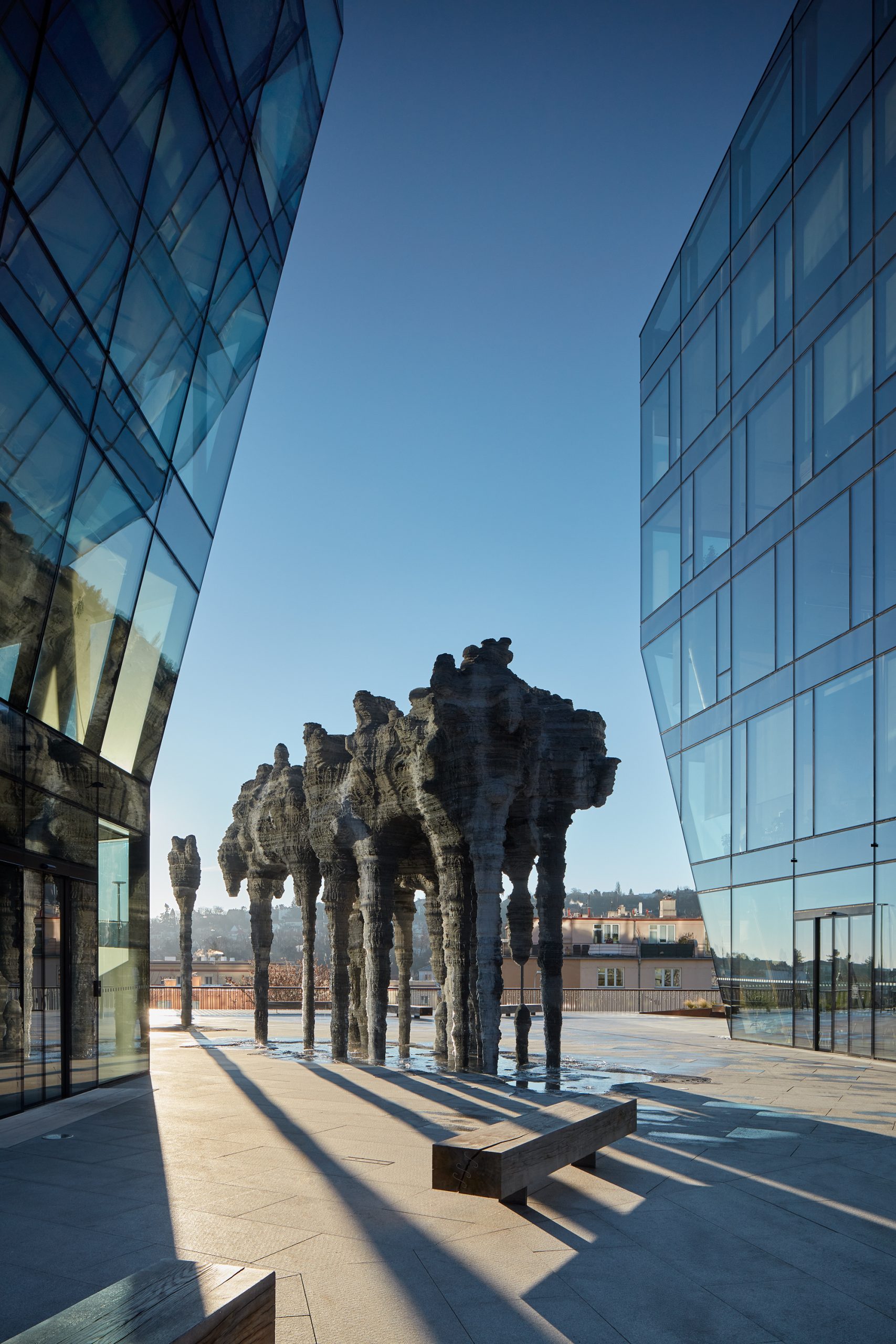 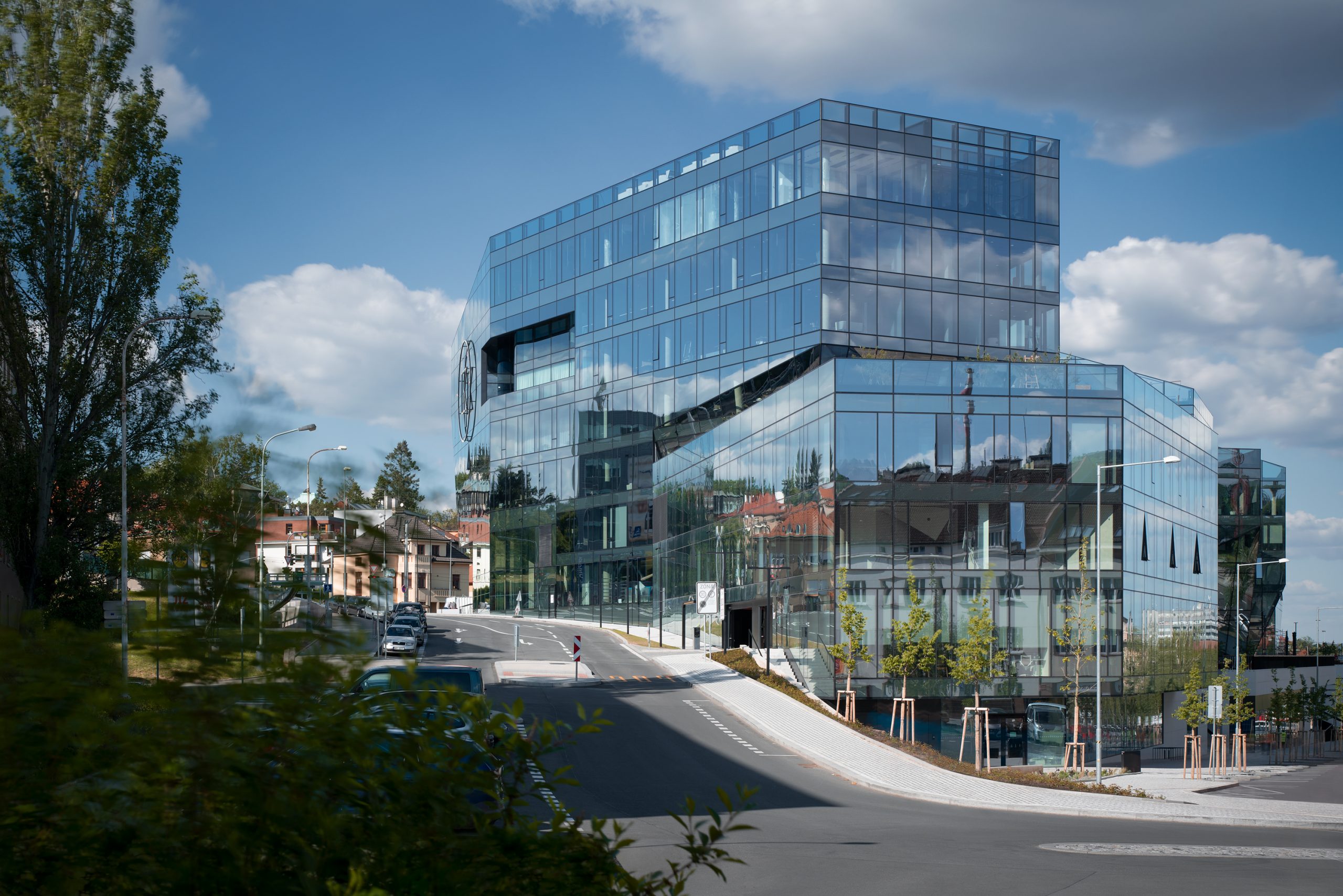 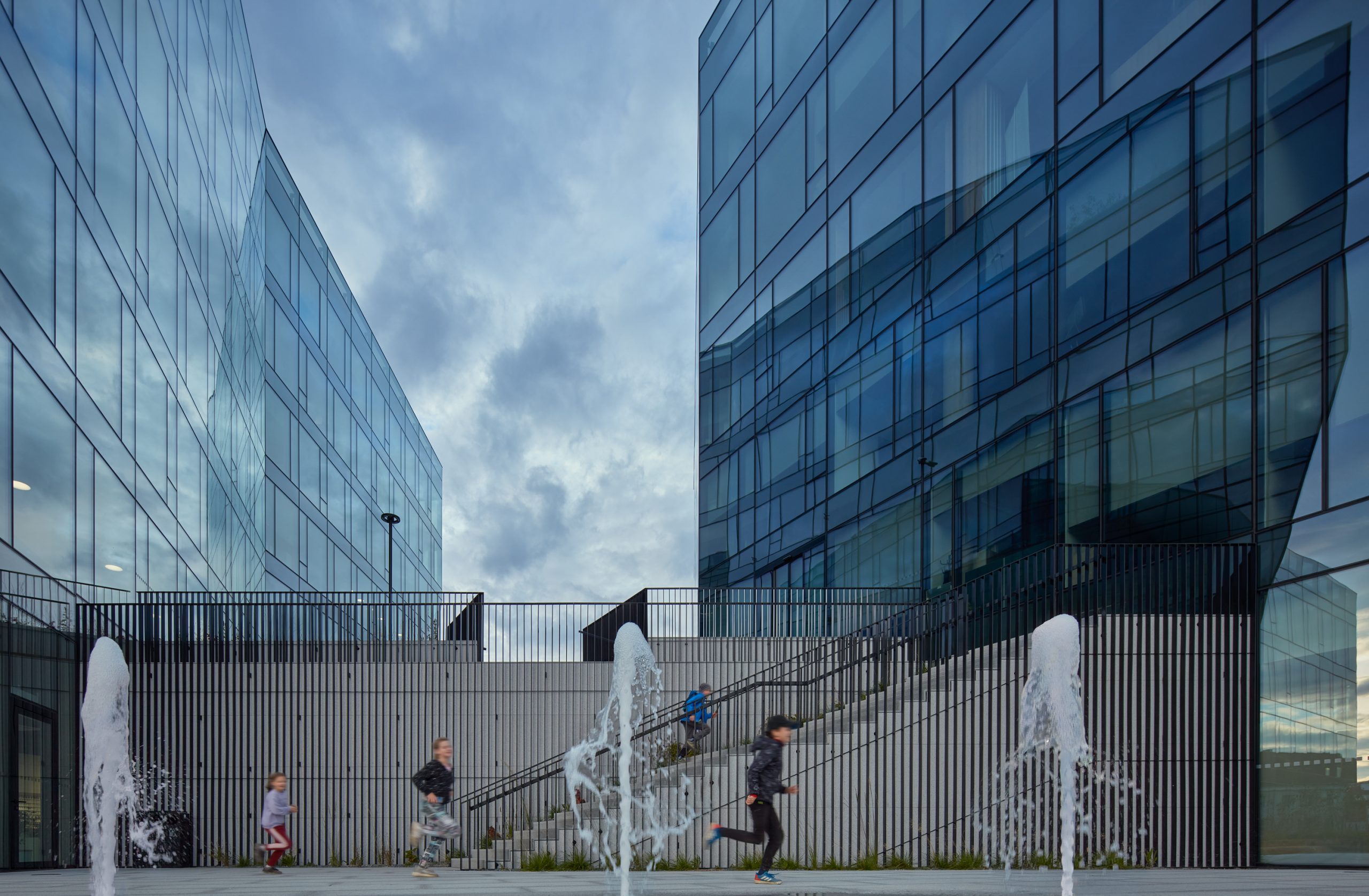 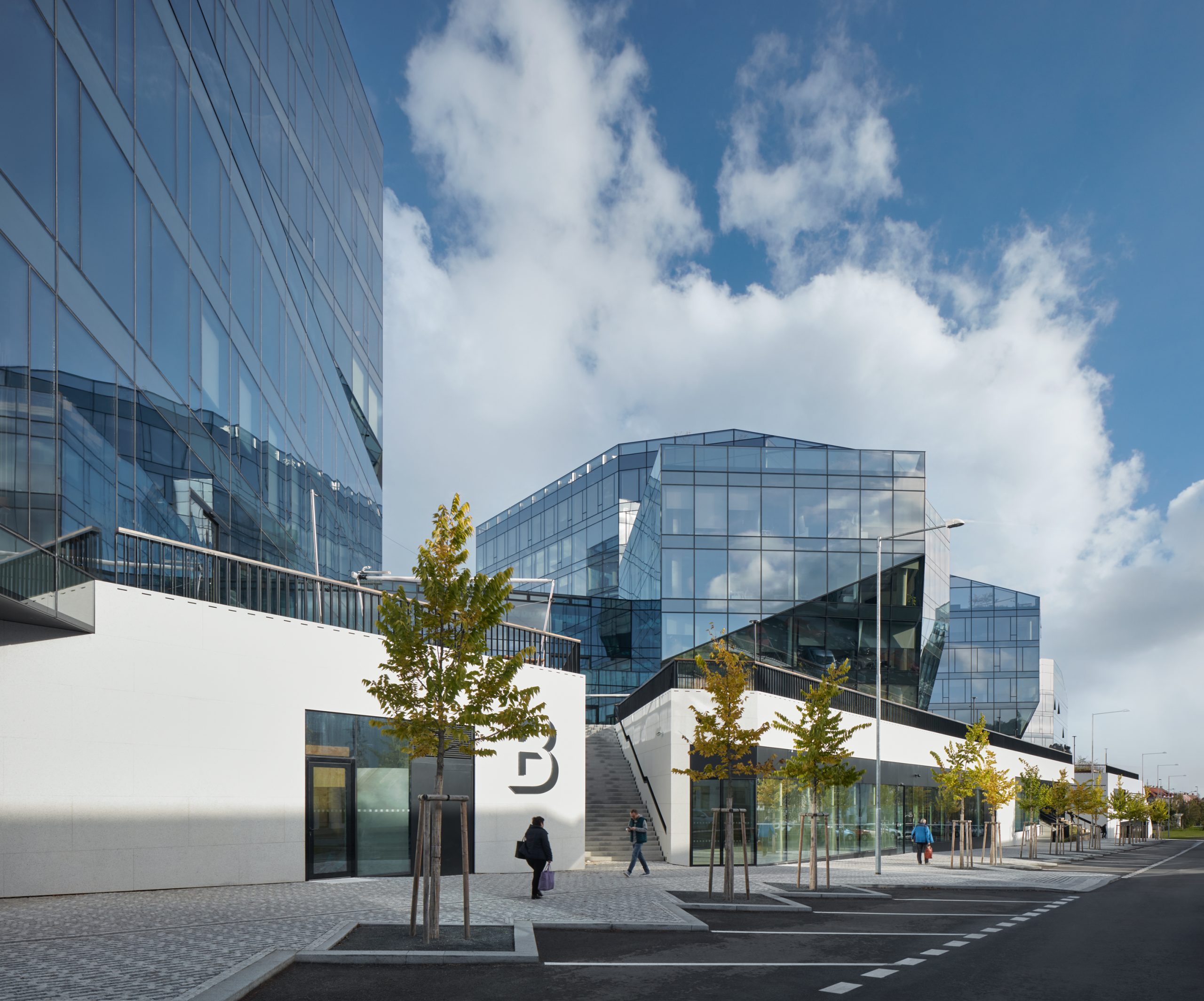 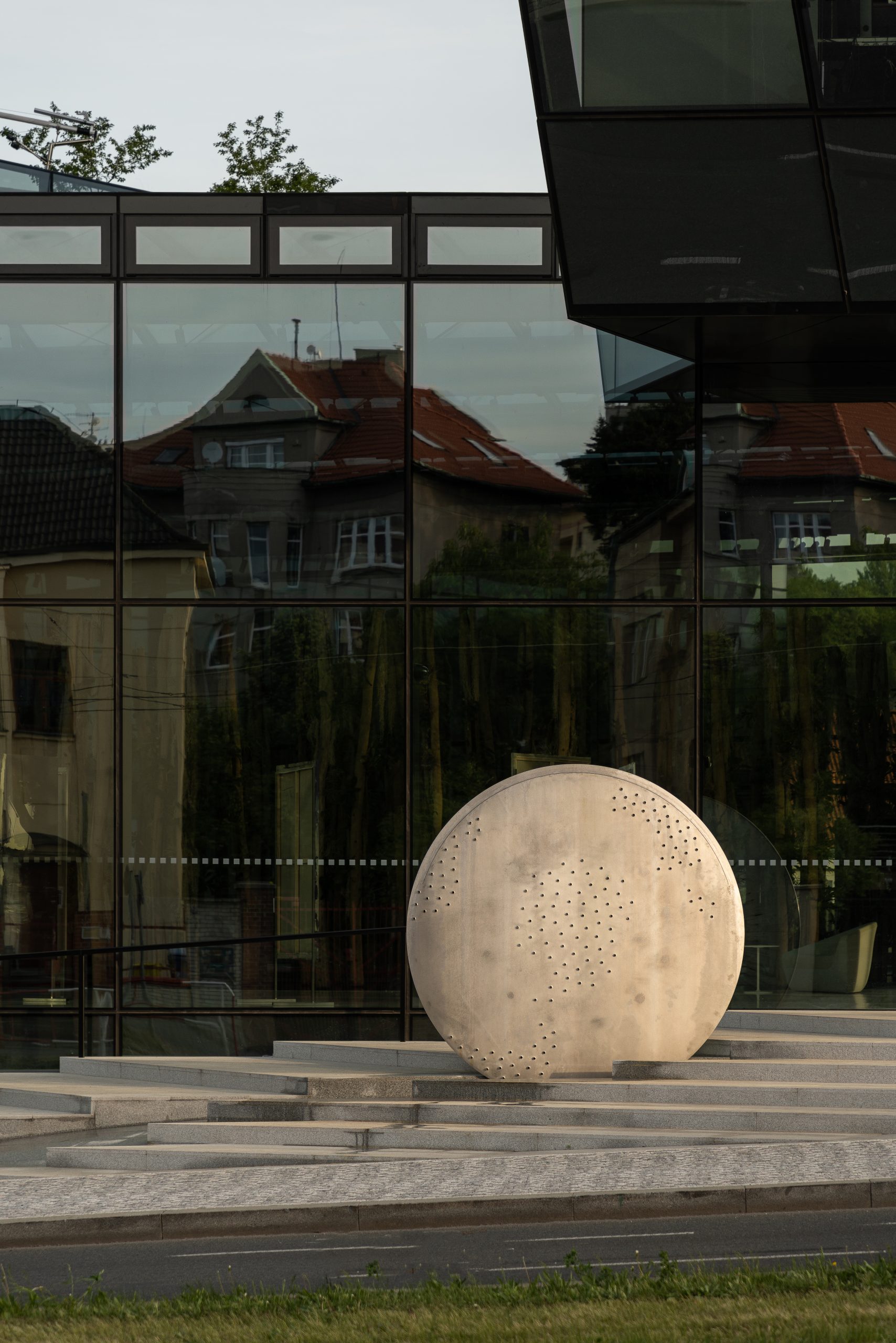 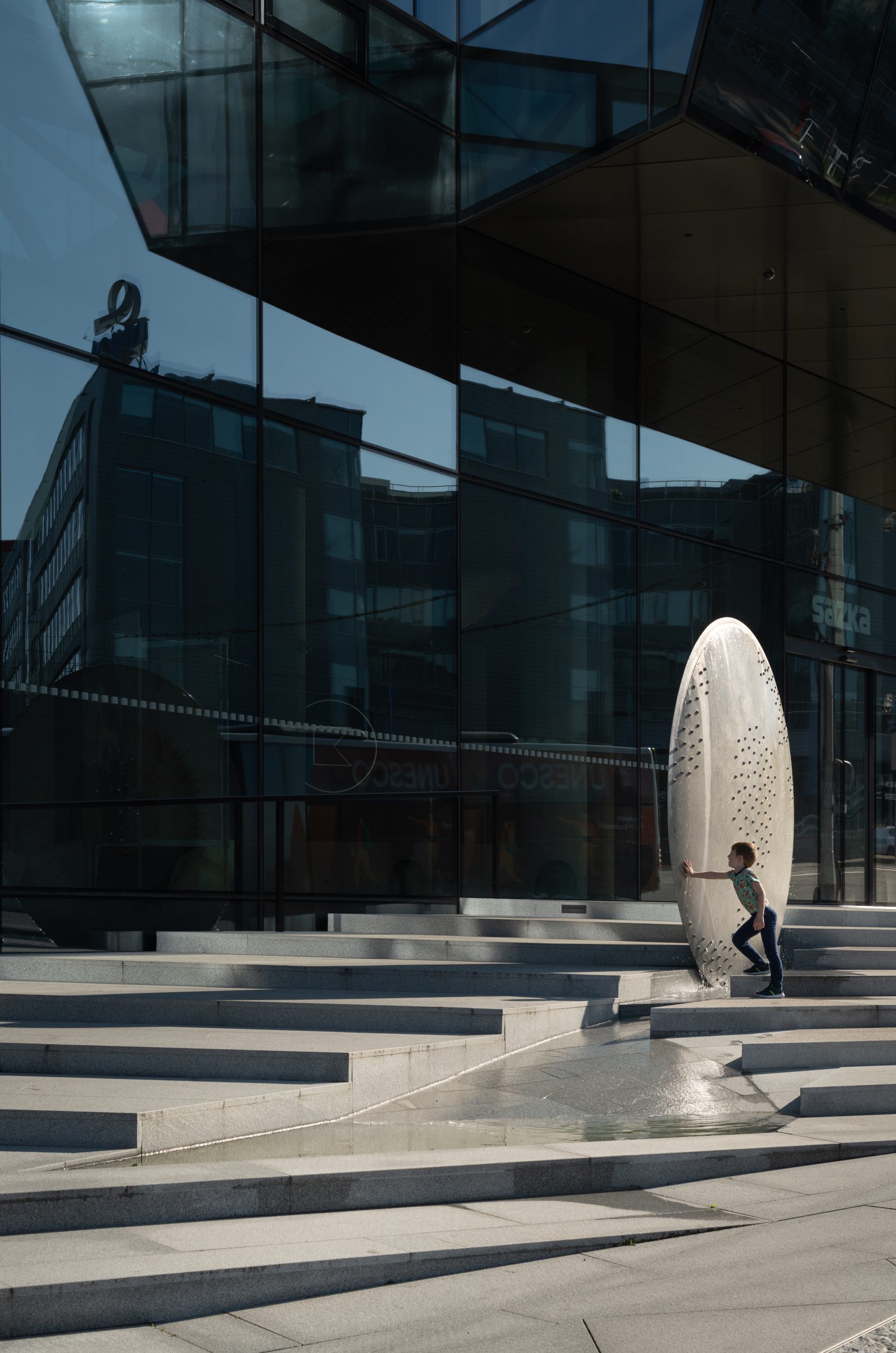 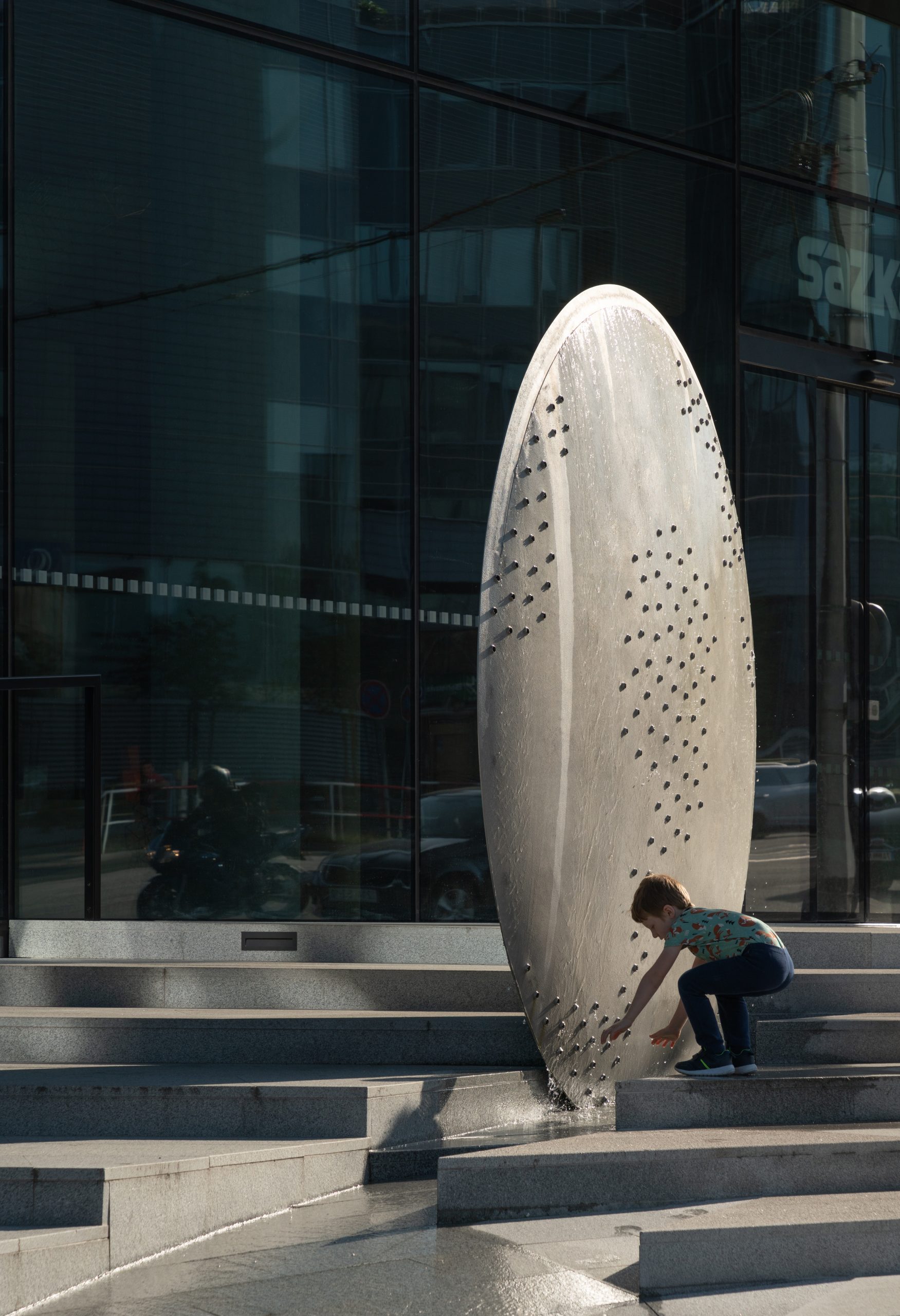 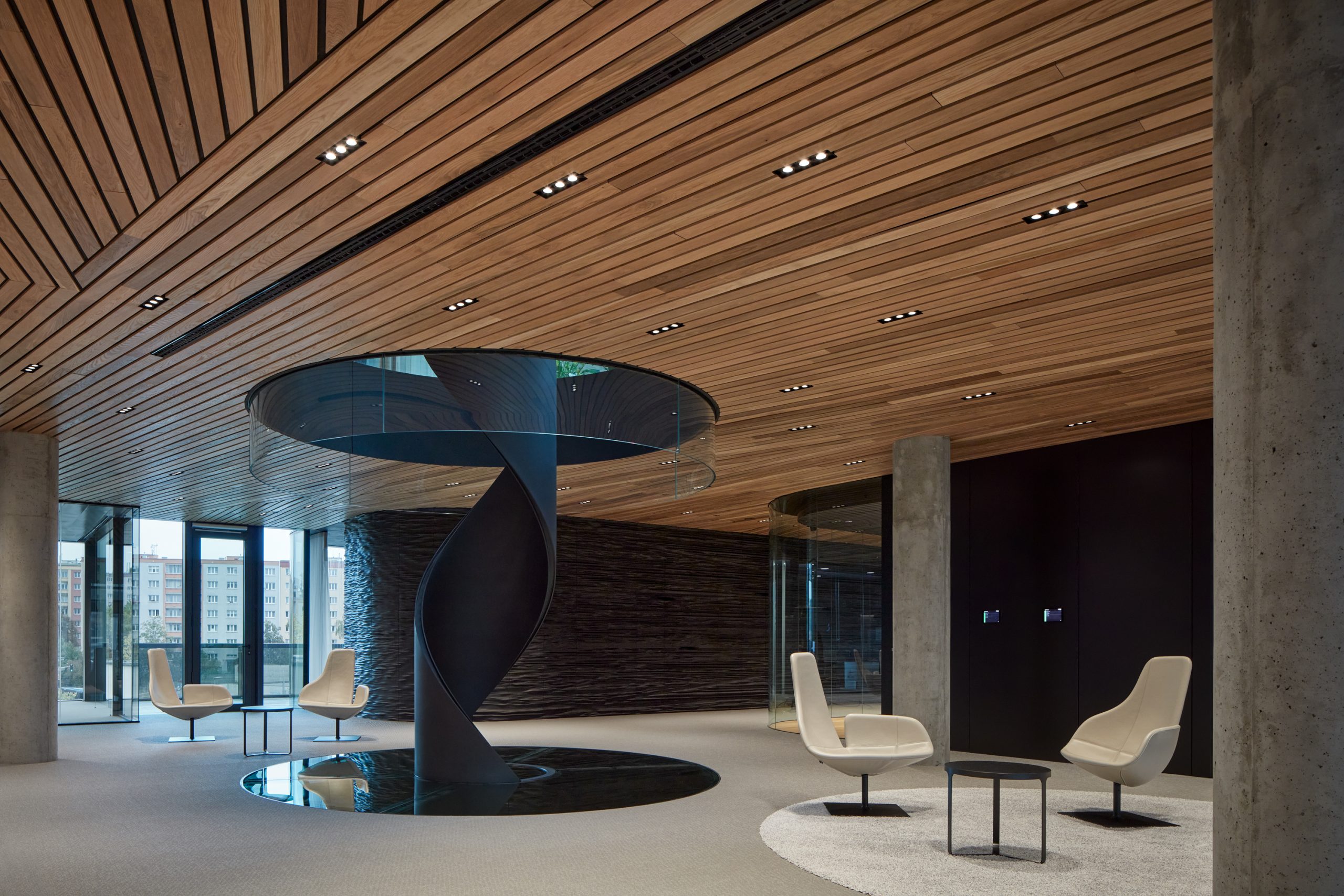 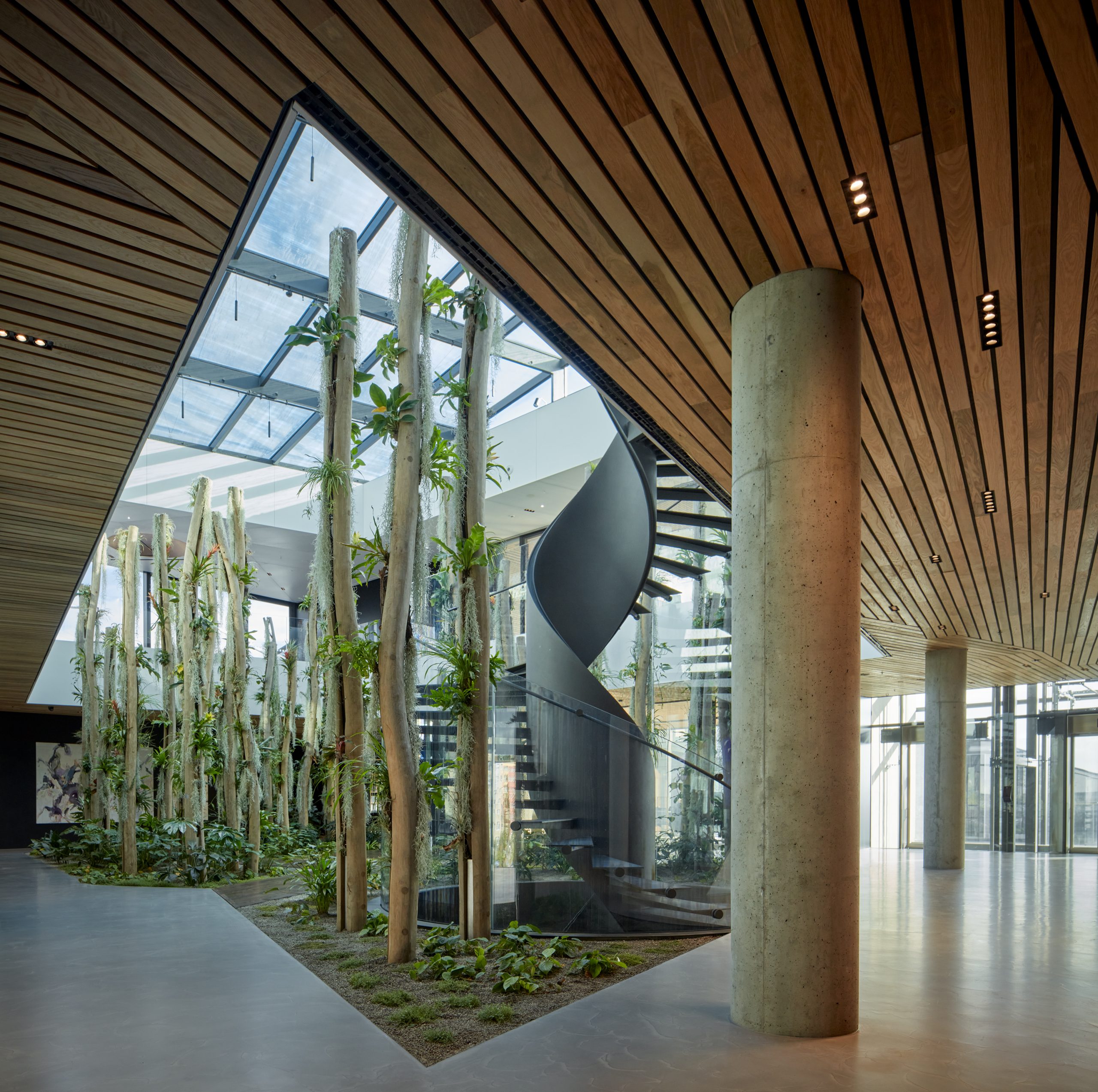 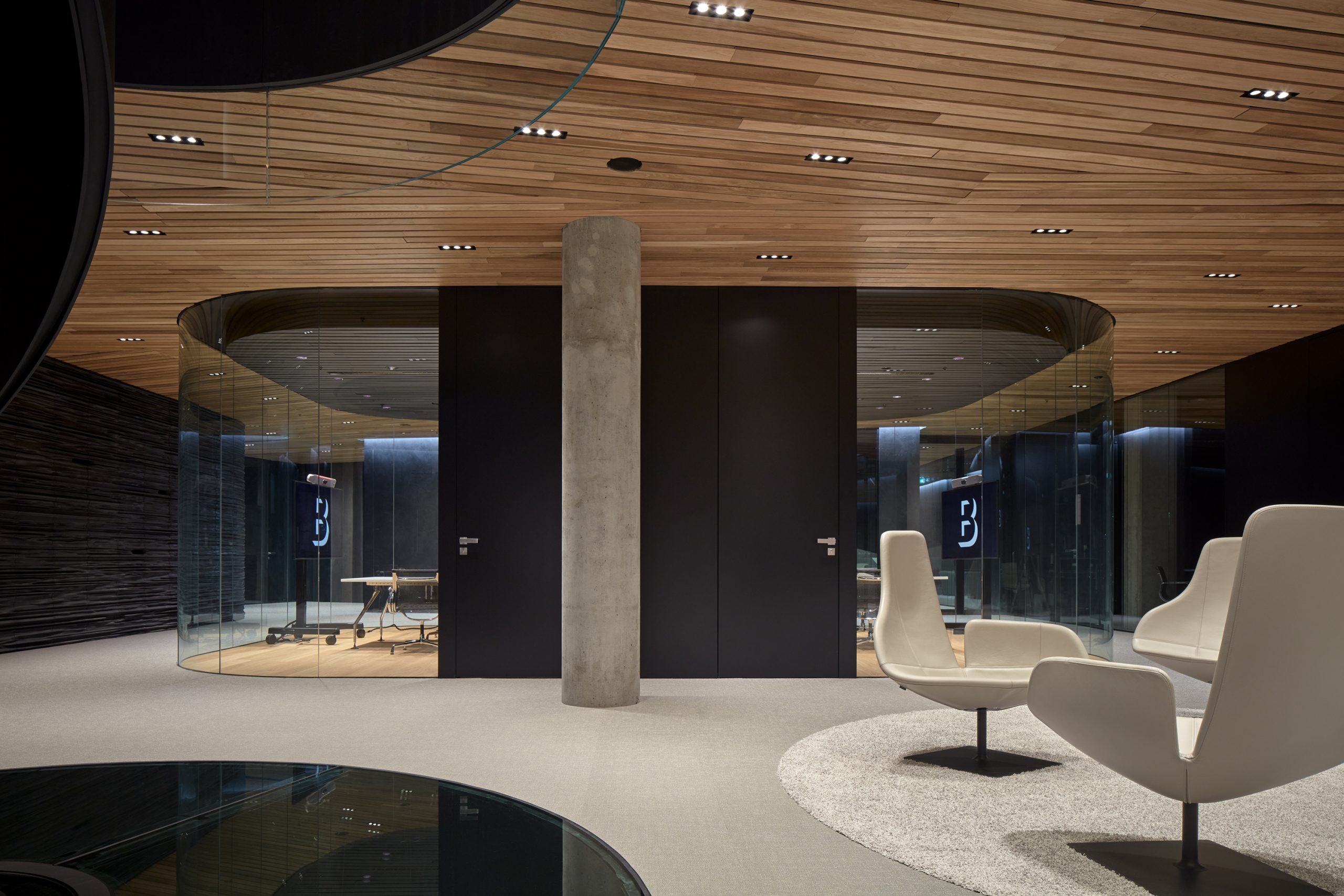 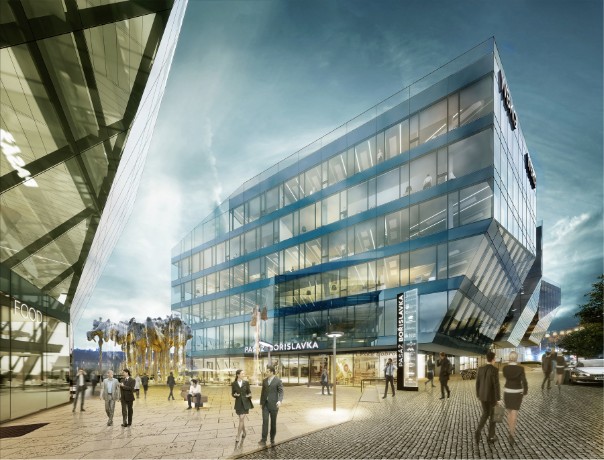 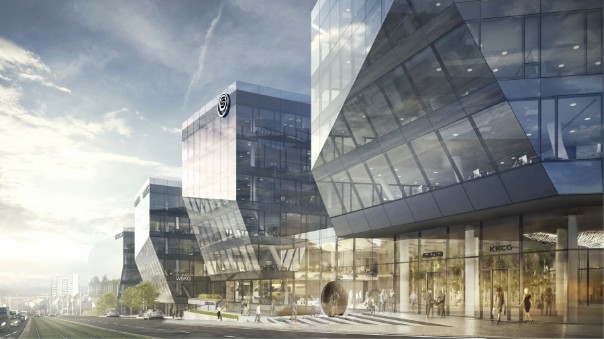 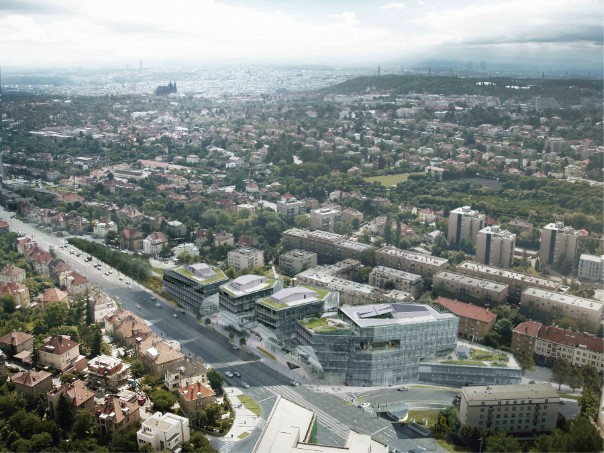 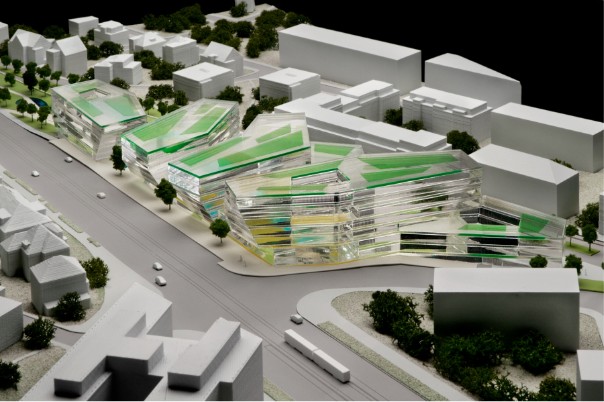 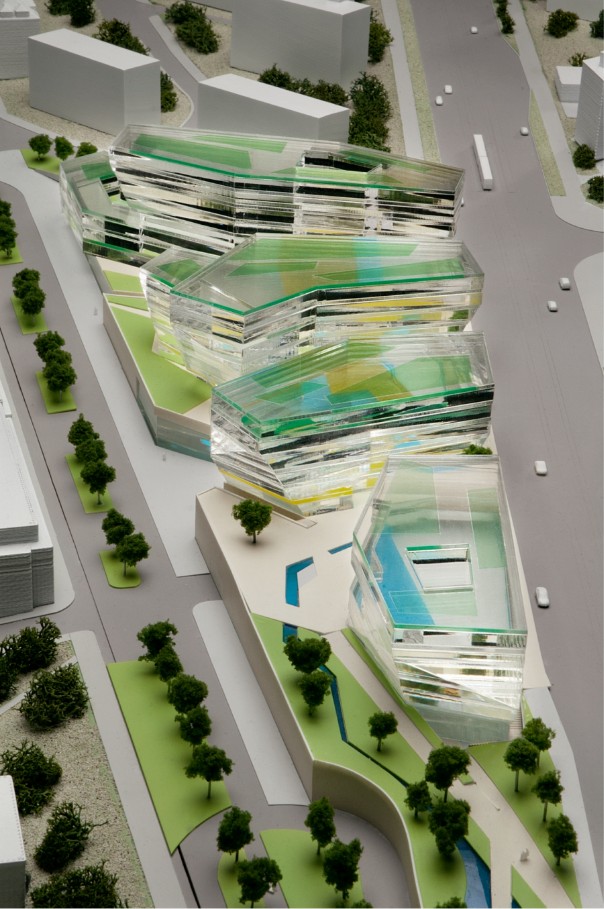 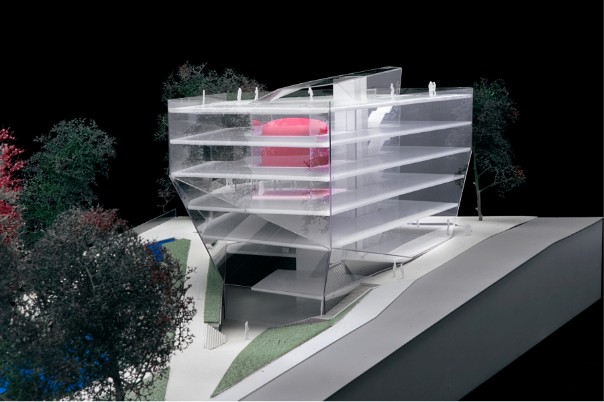 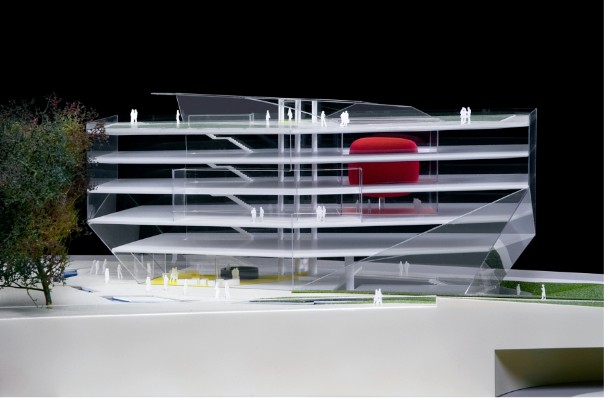 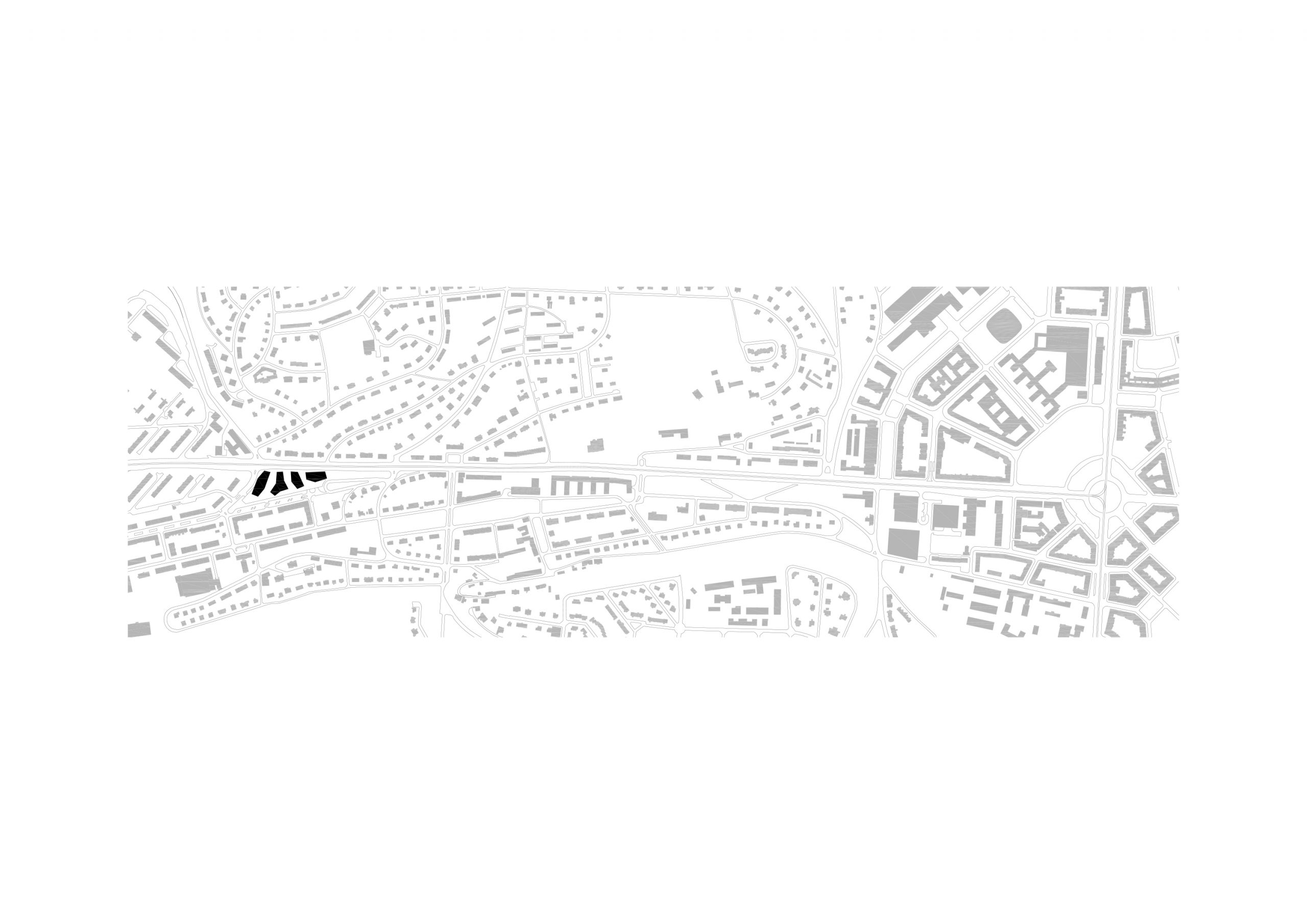 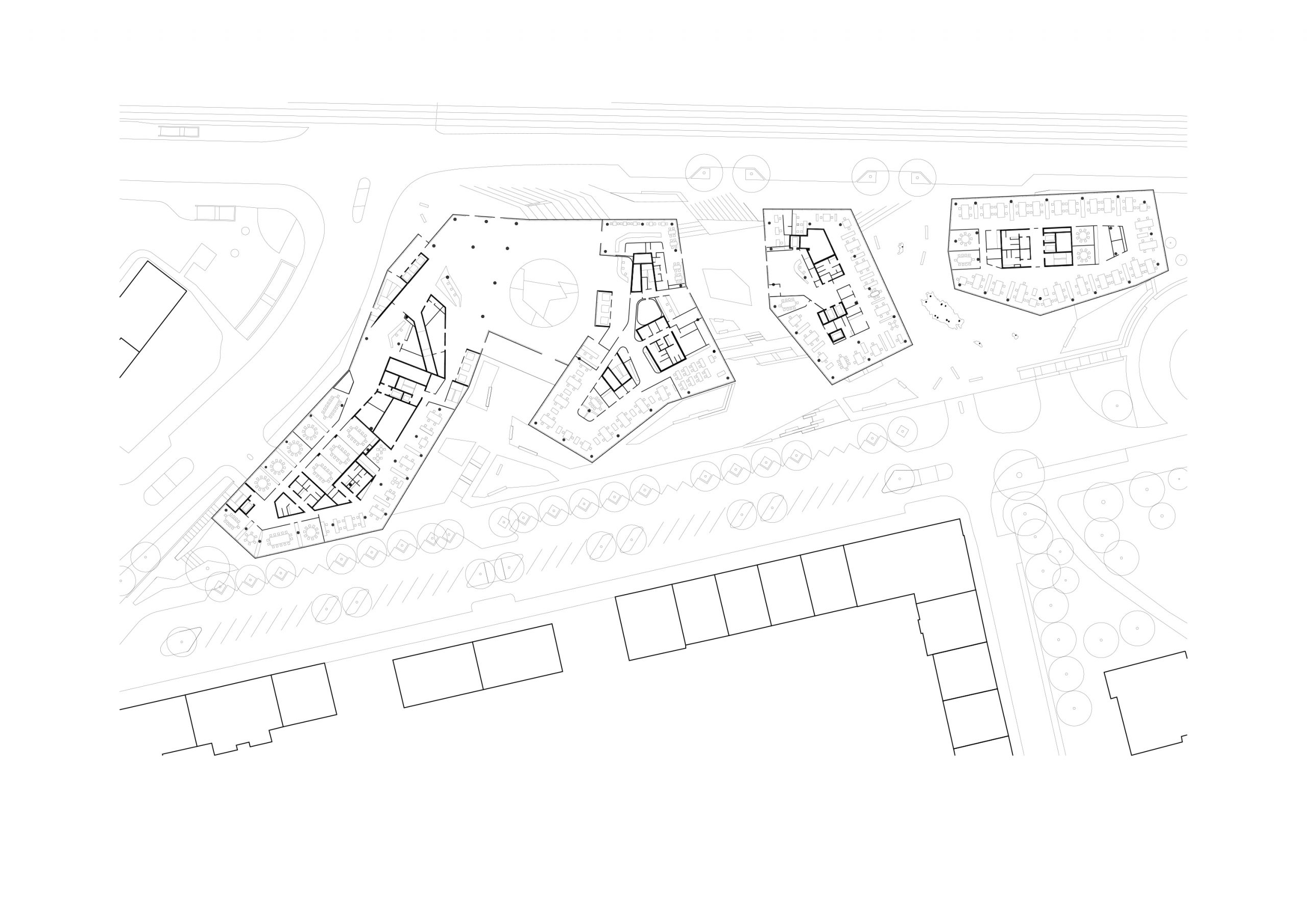 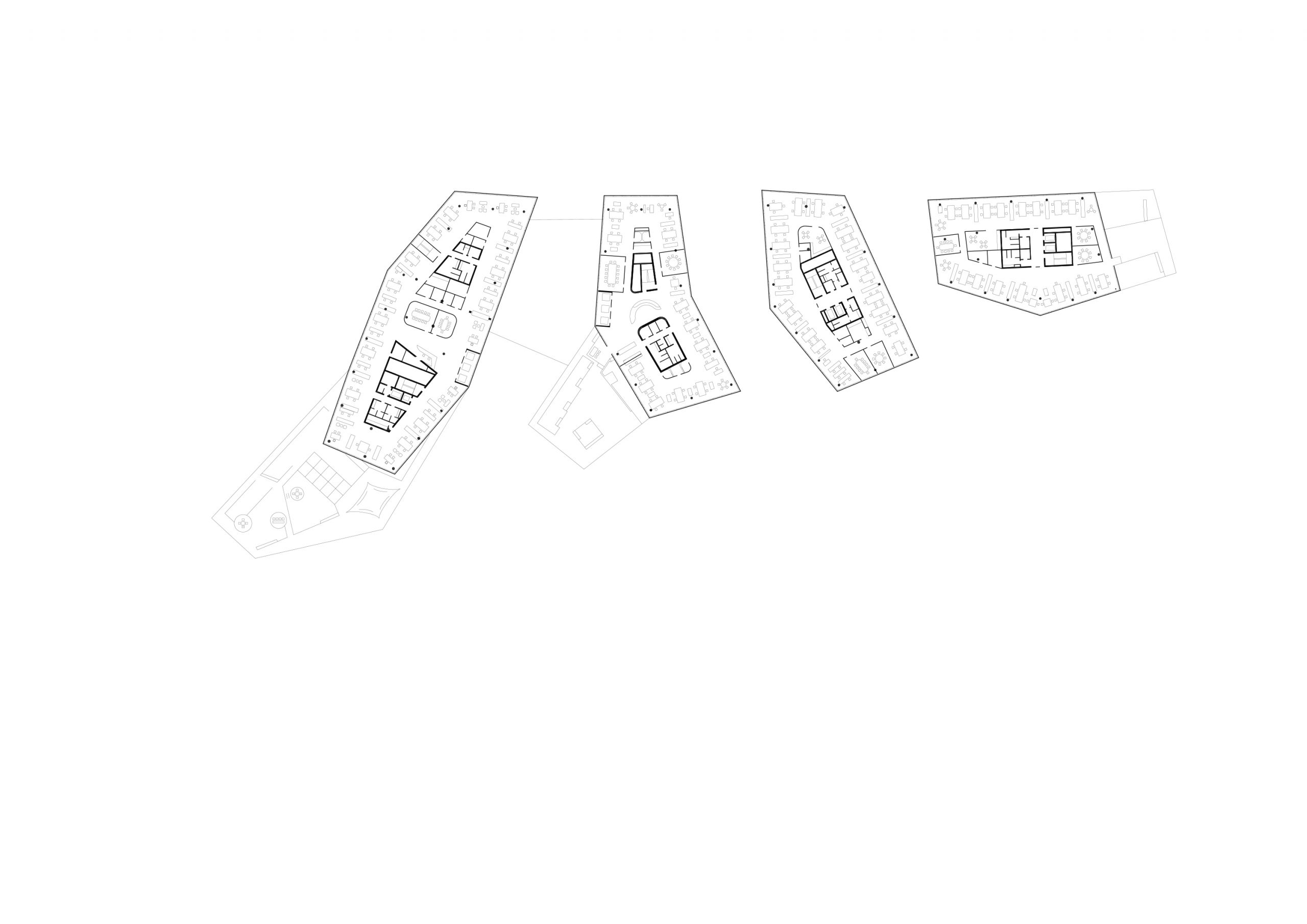 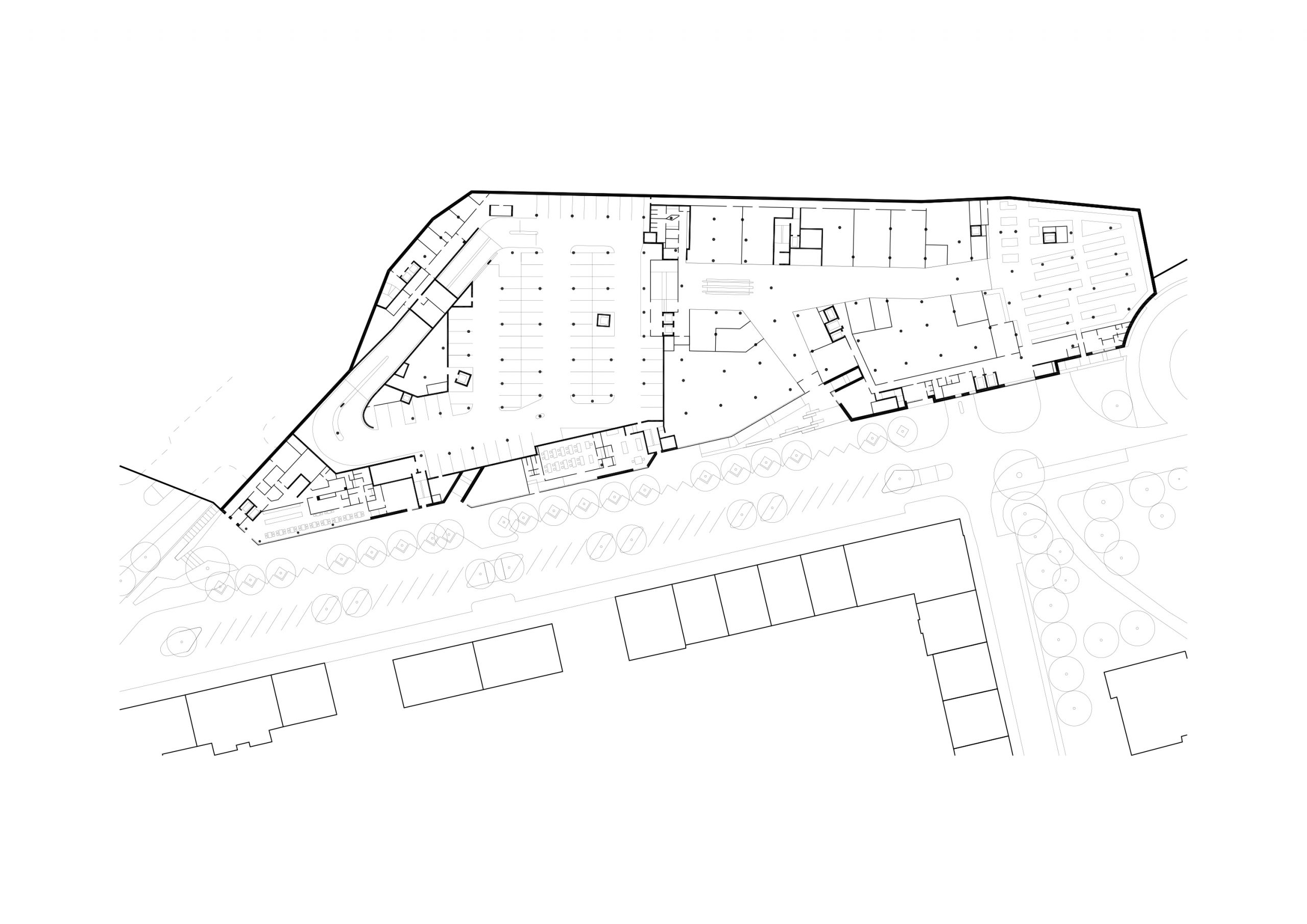 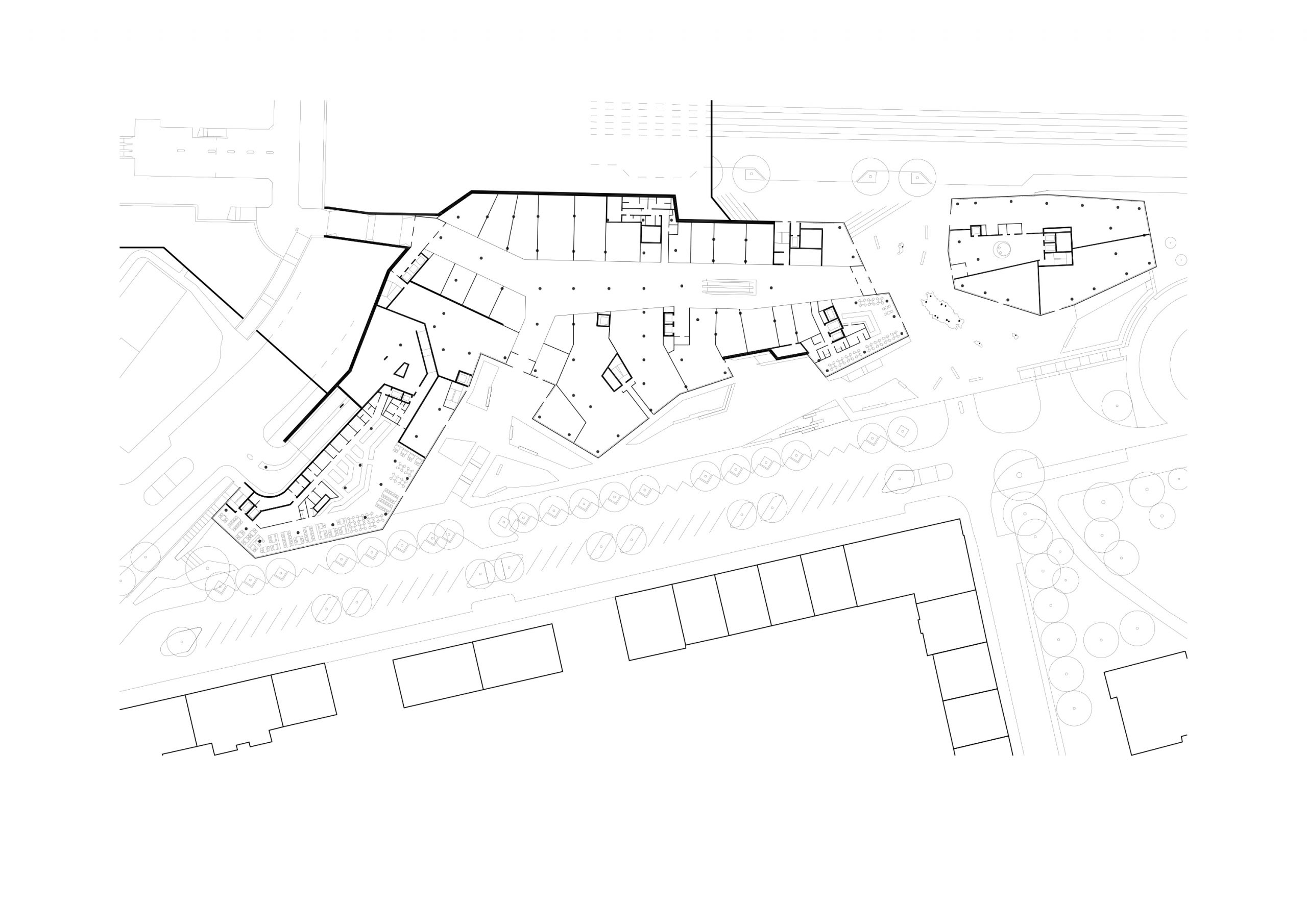 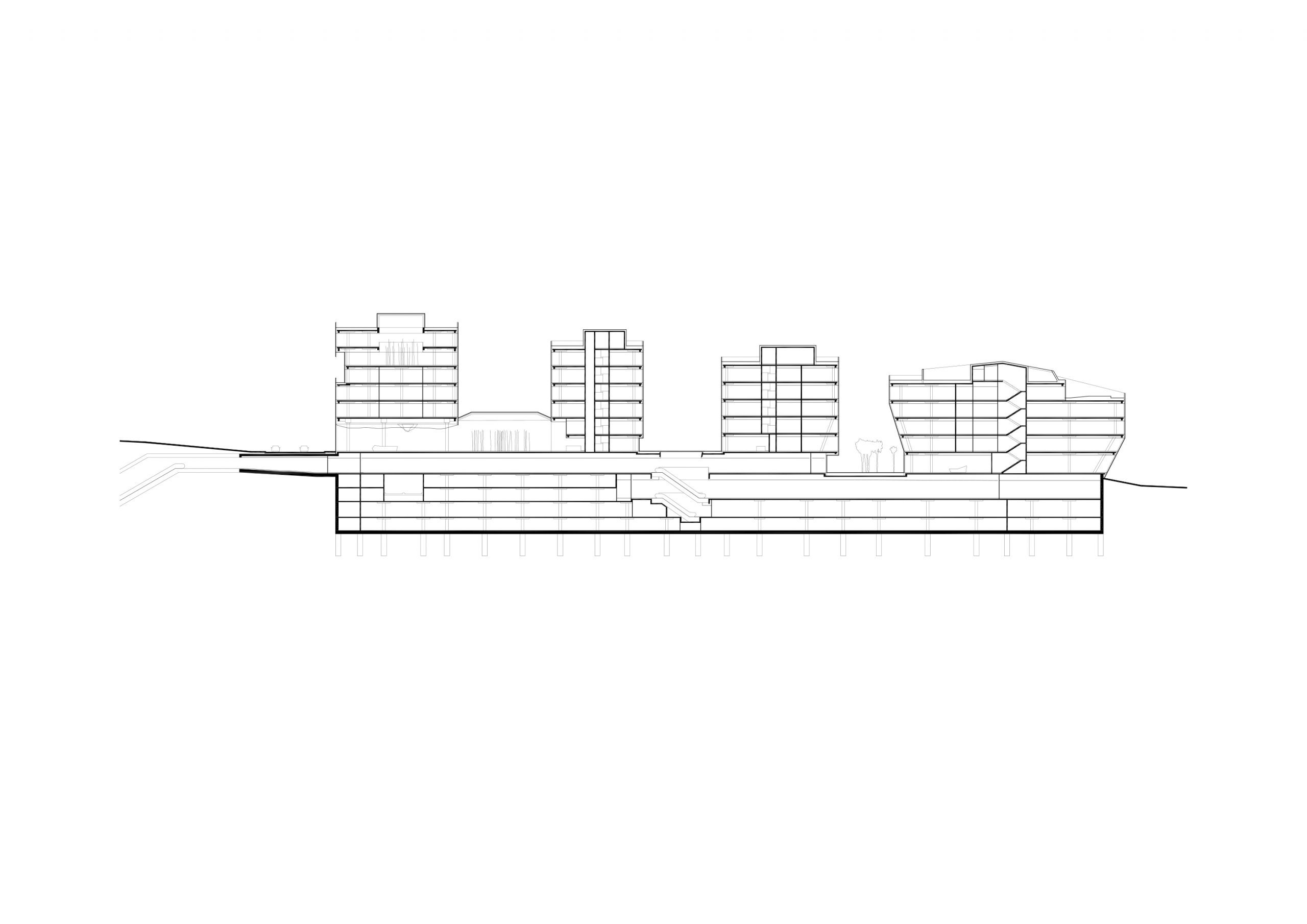 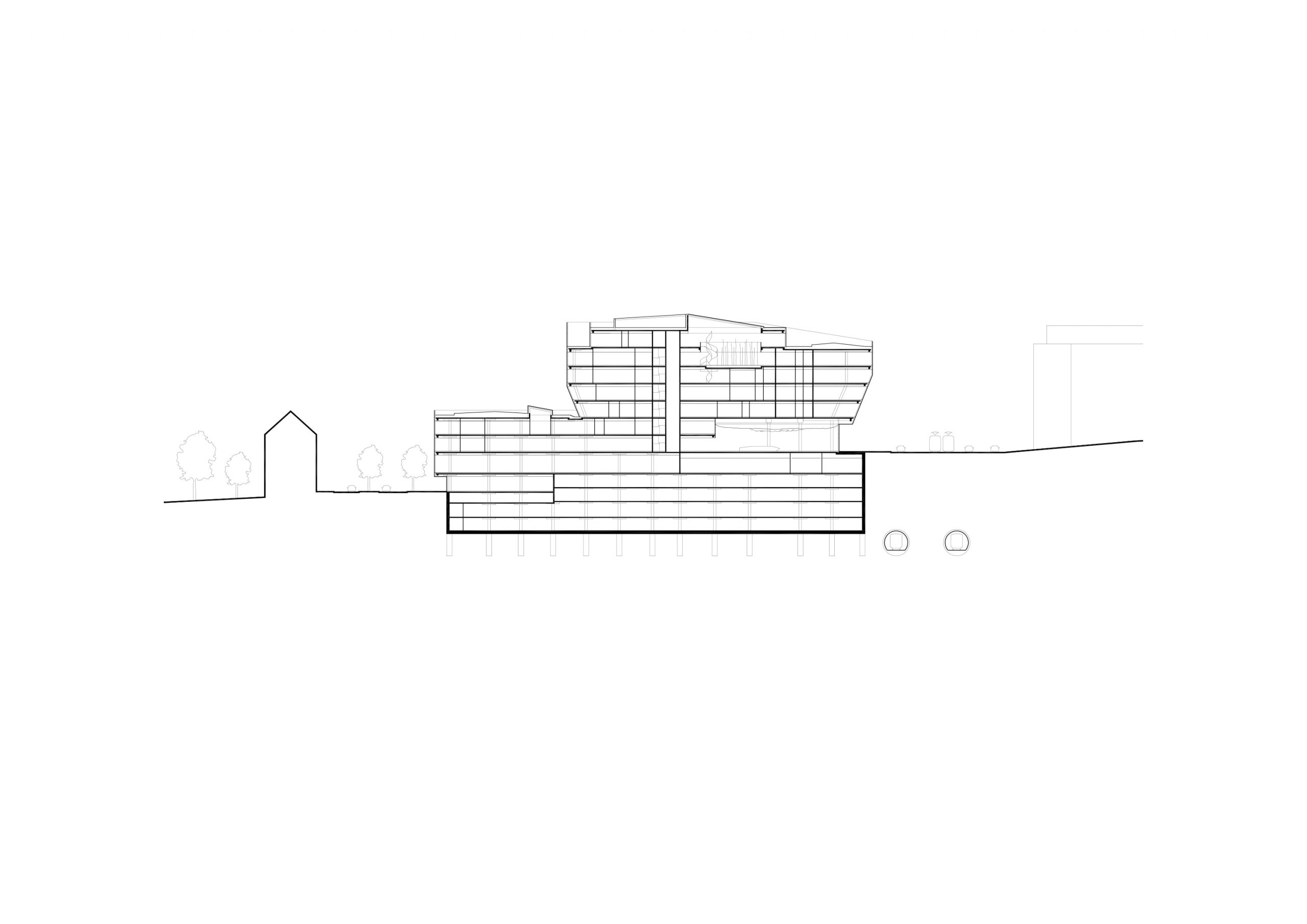