The designed new home is located on a sloping site at the outskirts of a small town – in a former garden currently mostly engulfed by invasive green from the adjacent forest. The volumetric concept works with the existing geometry of the terrain into which the house is naturally inserted. It uses the terrain steps of the former tennis court. The geometrically shaped roofs follow the natural undulation of the local terrain; the border between the home and its surroundings is intentionally obscured. Analogously, the home’s footprint is shaped respecting the existing contour lines. Its volume is divided into two horizontal plans so that the house is as much in harmony with the site’s environment as possible. The glazed front of the home opens towards the valley of Všenorský potok (creek). Outer walls are fully glazed and operable in this part of the house. Living areas are in touch with the outdoor here with terraces partly roofed by the main roof. Other solid parts of walls and surfaces of connecting retaining walls are tinted fair-face concrete. The same material is used for the shaped roofs following the local morphology. The surfaced areas are designed as small as possible. Aside from the access road tracing the existing drive to the former tennis court that will be strengthened and paved with tones, these are especially terraces in front of living rooms designed as a timber raft. A system of narrow paths and terrain steps consisting of stones and clay-covered macadam is designed in the garden. 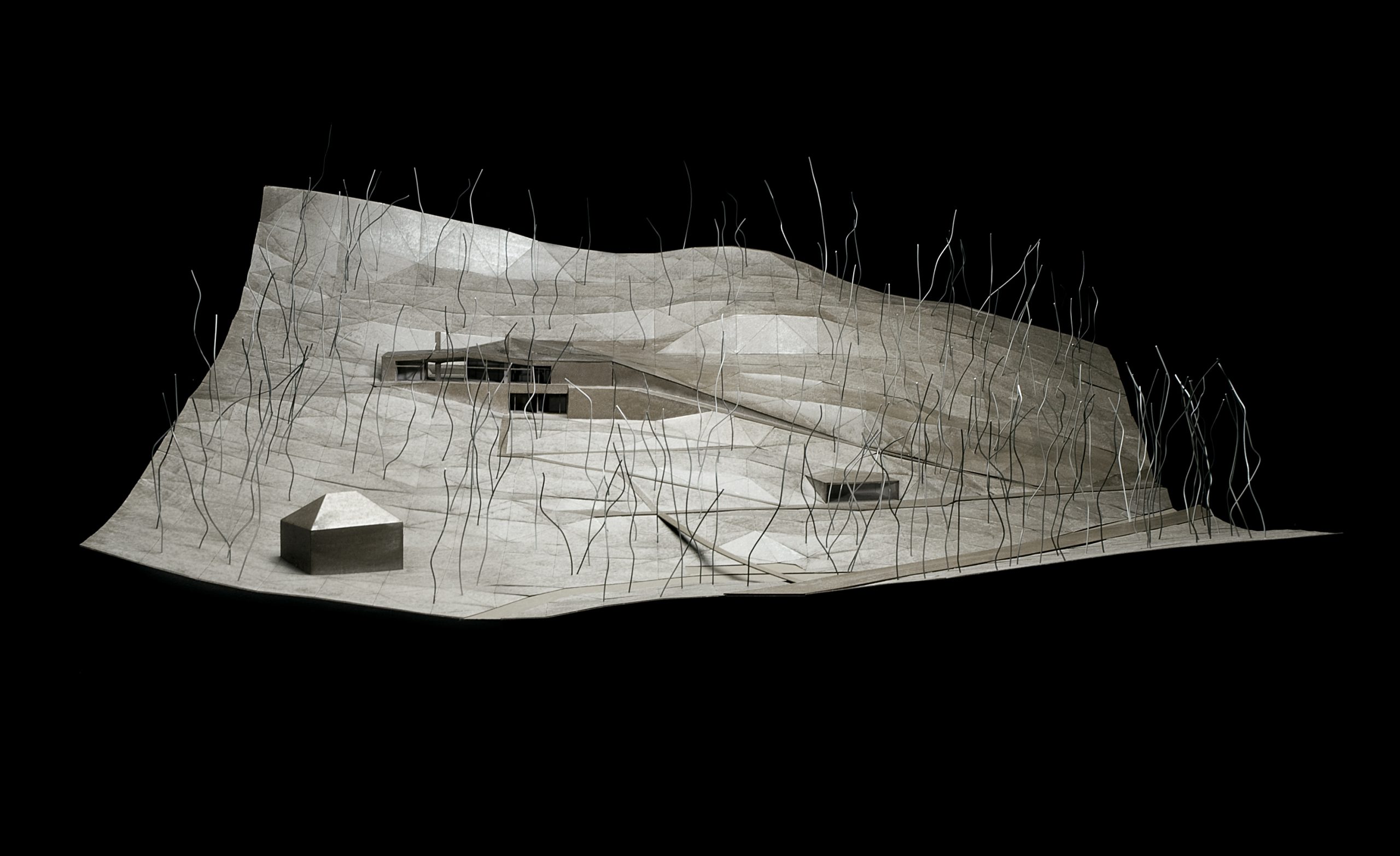 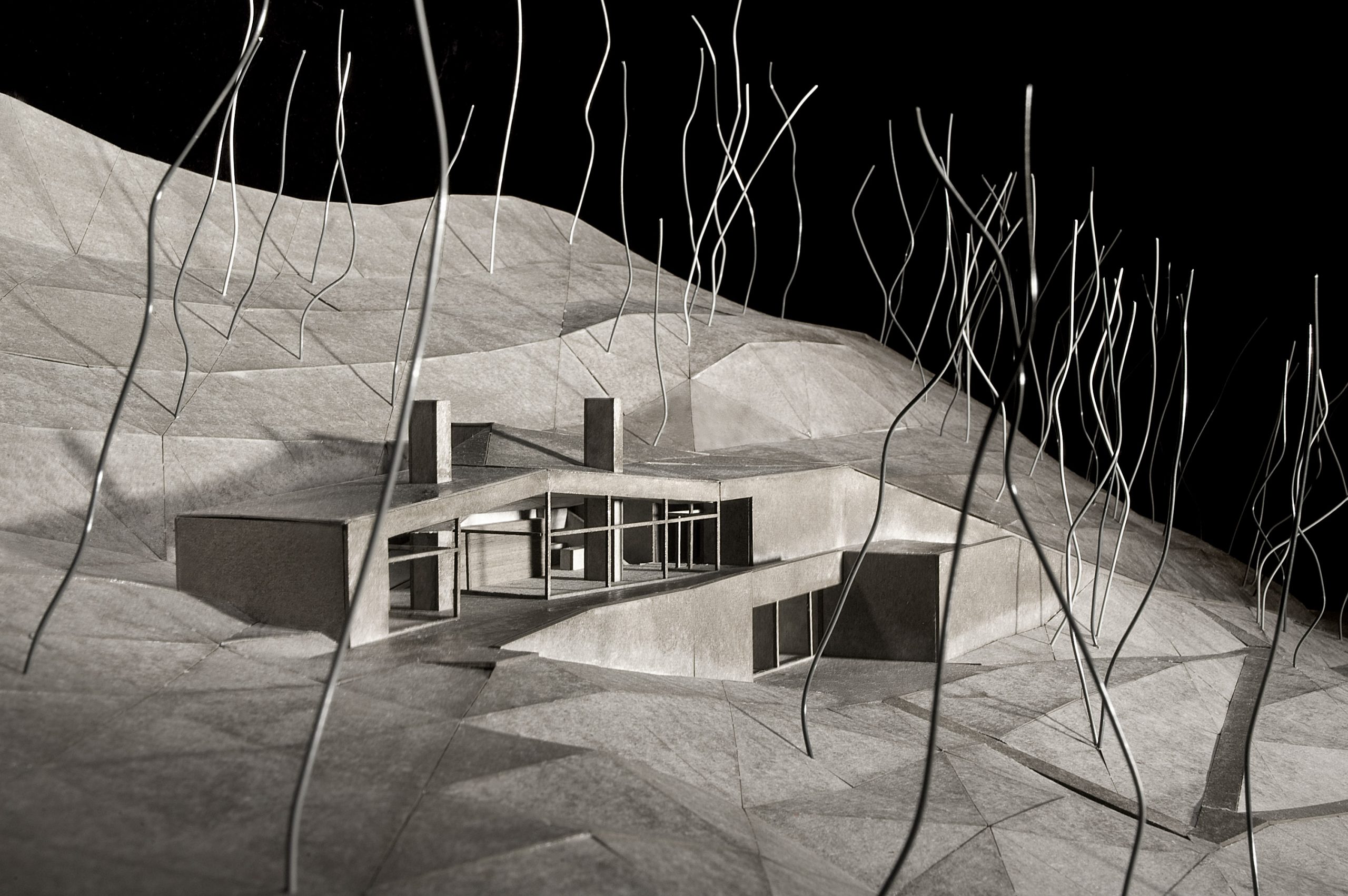 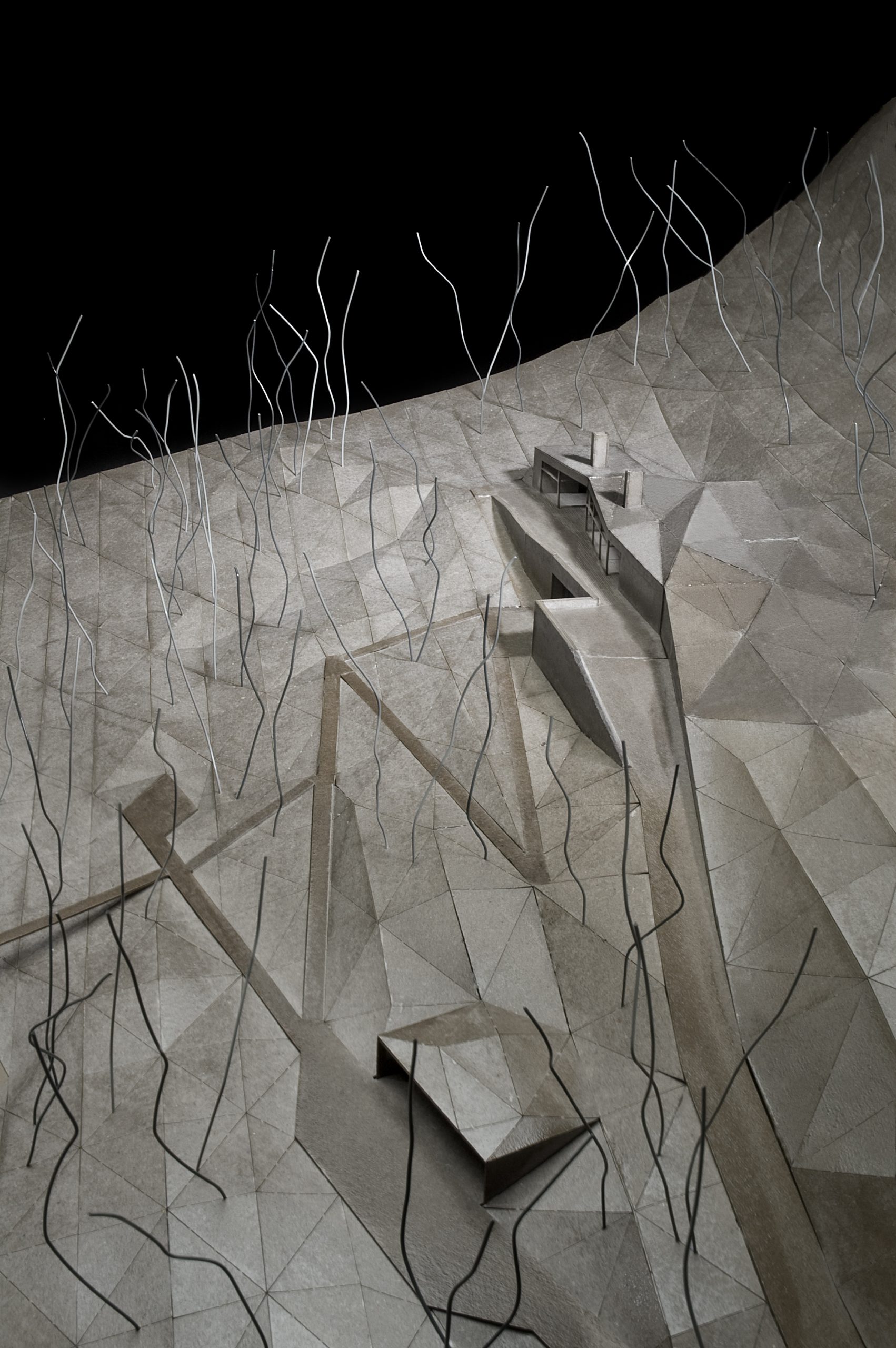 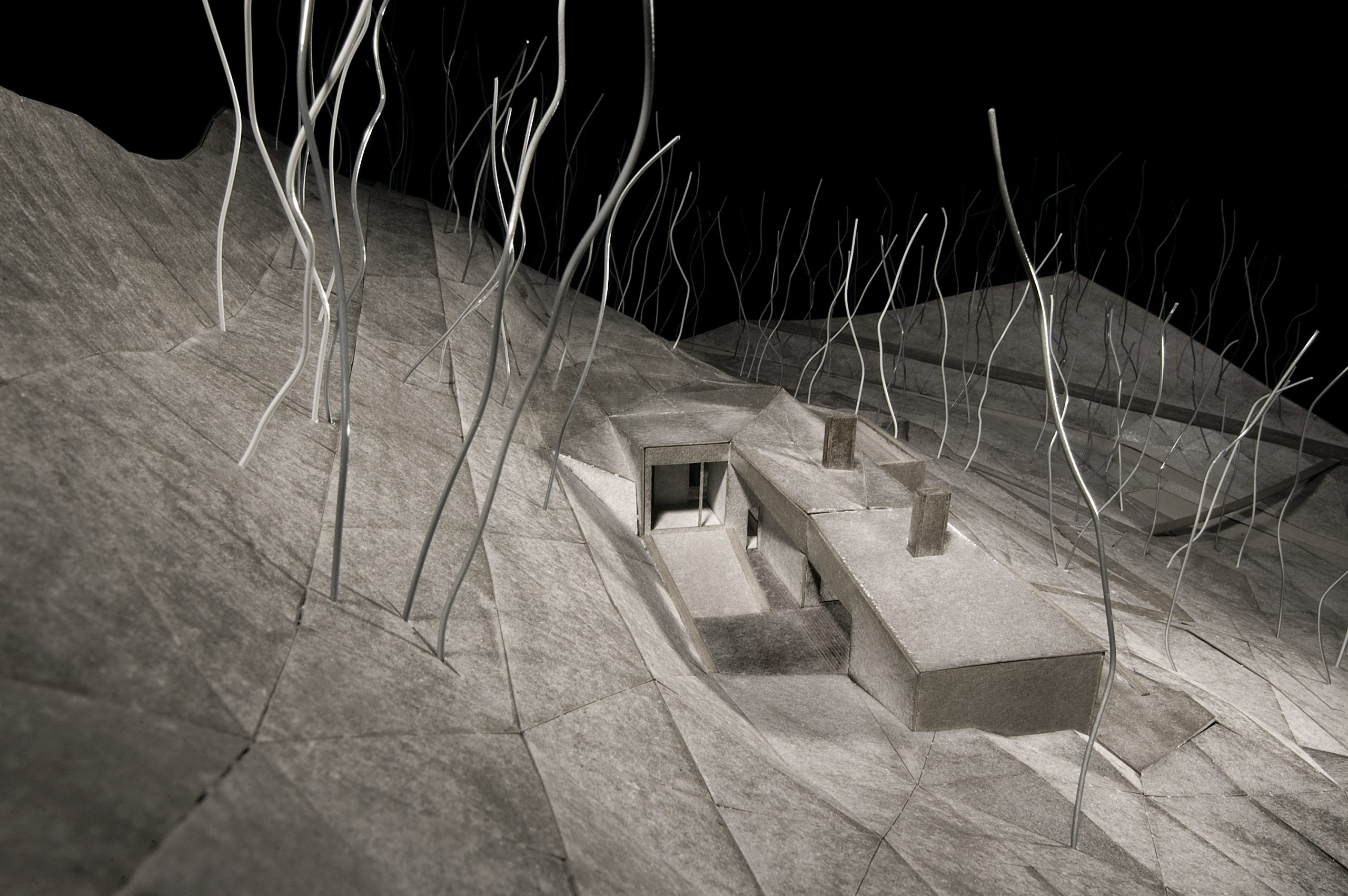 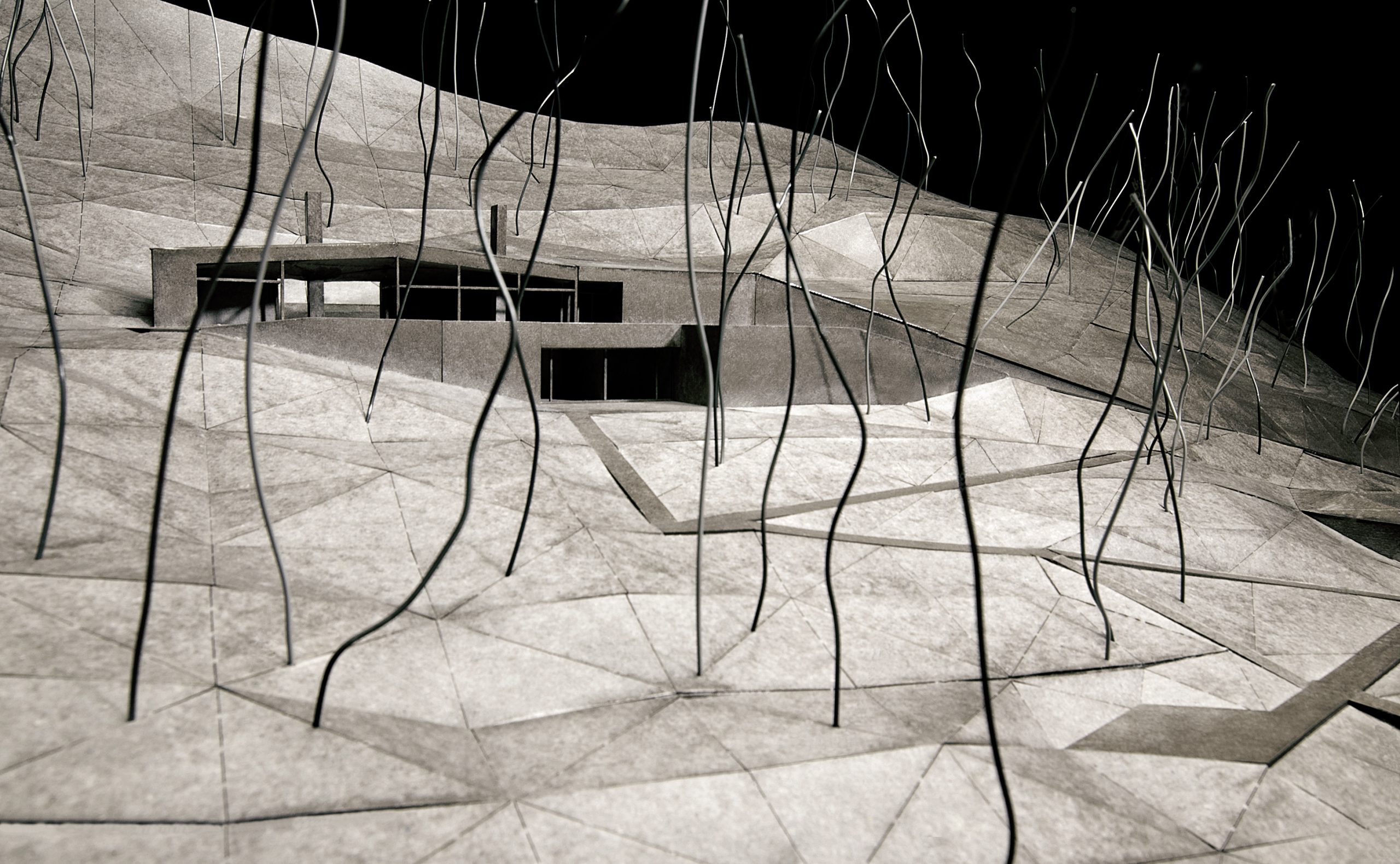 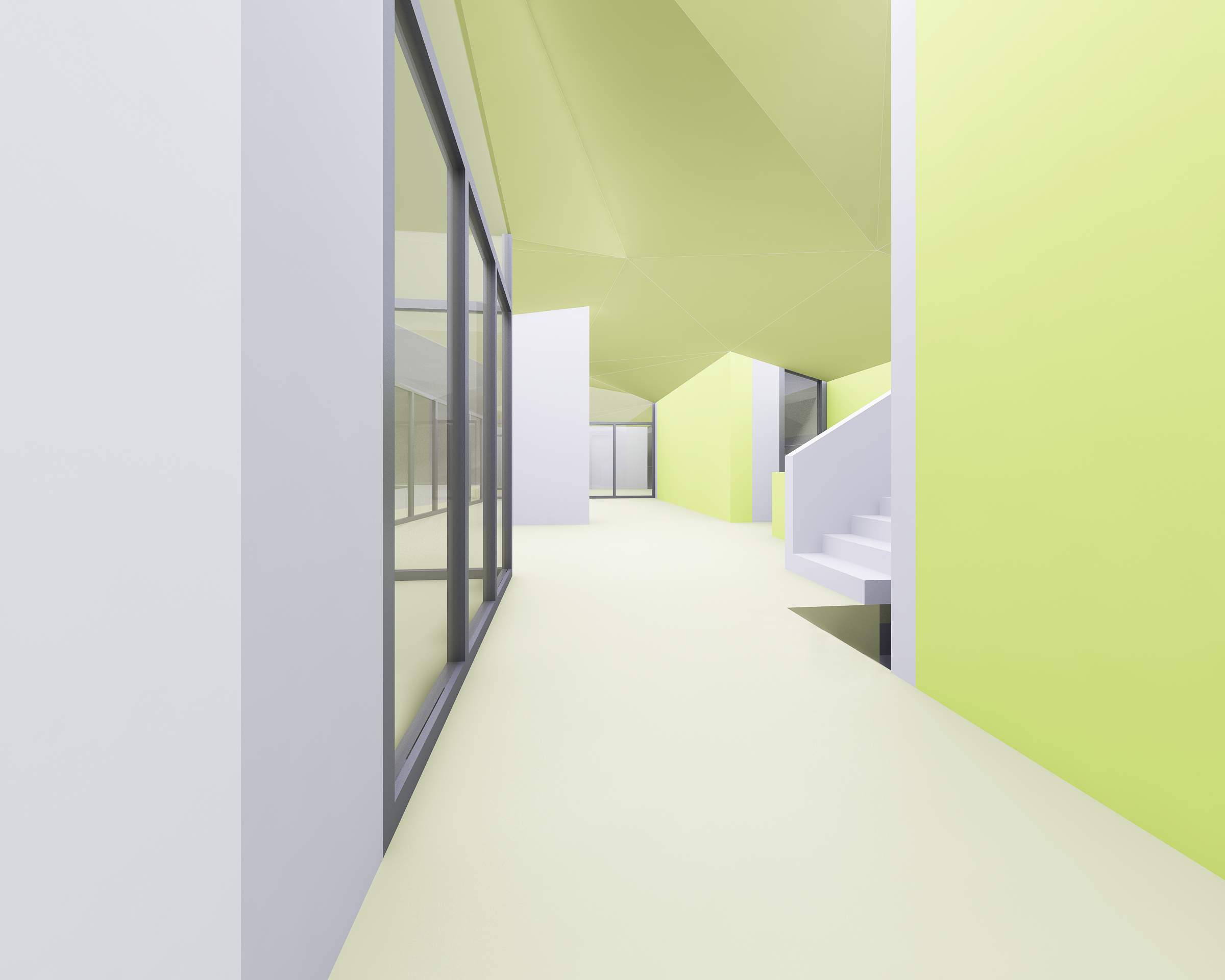 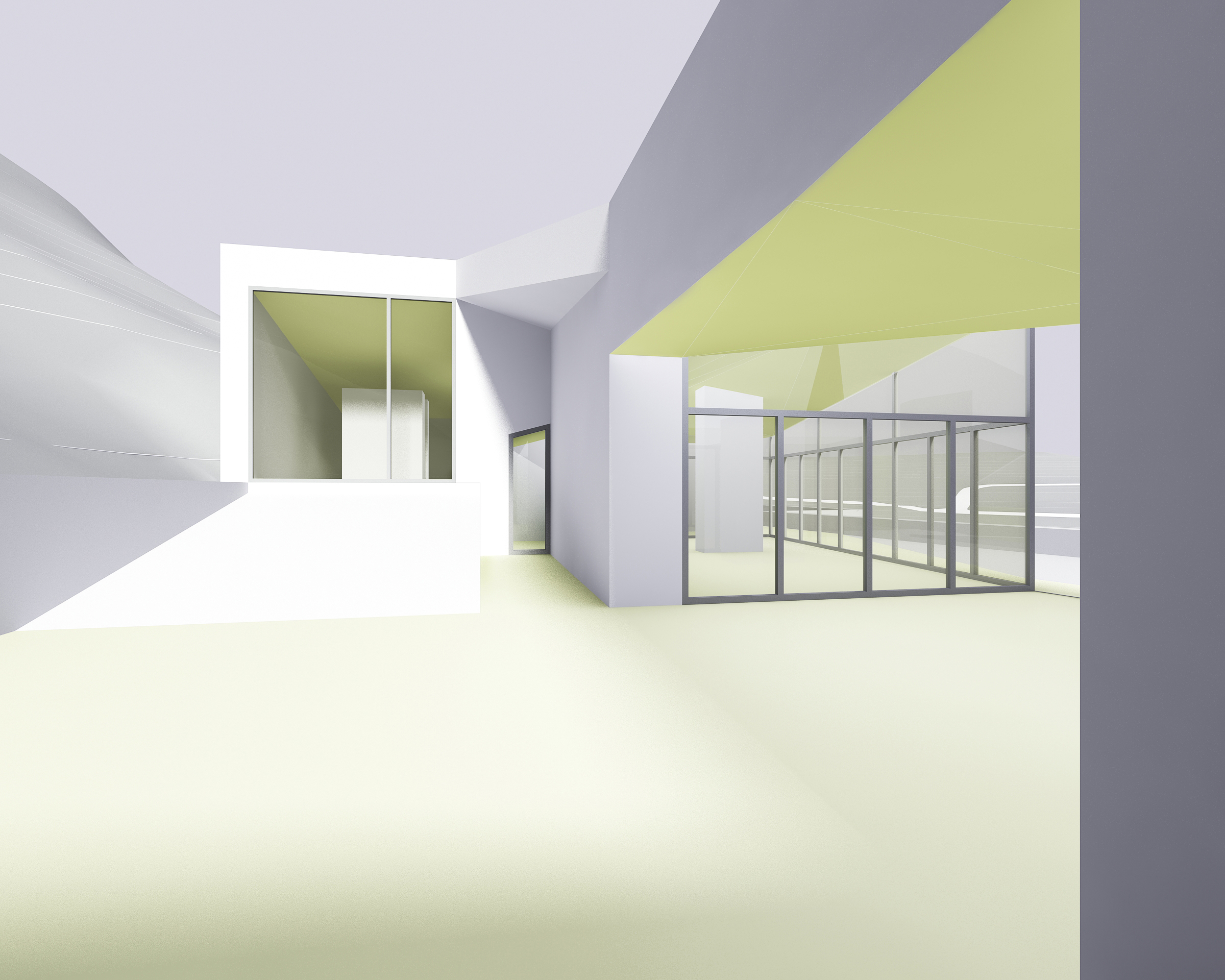 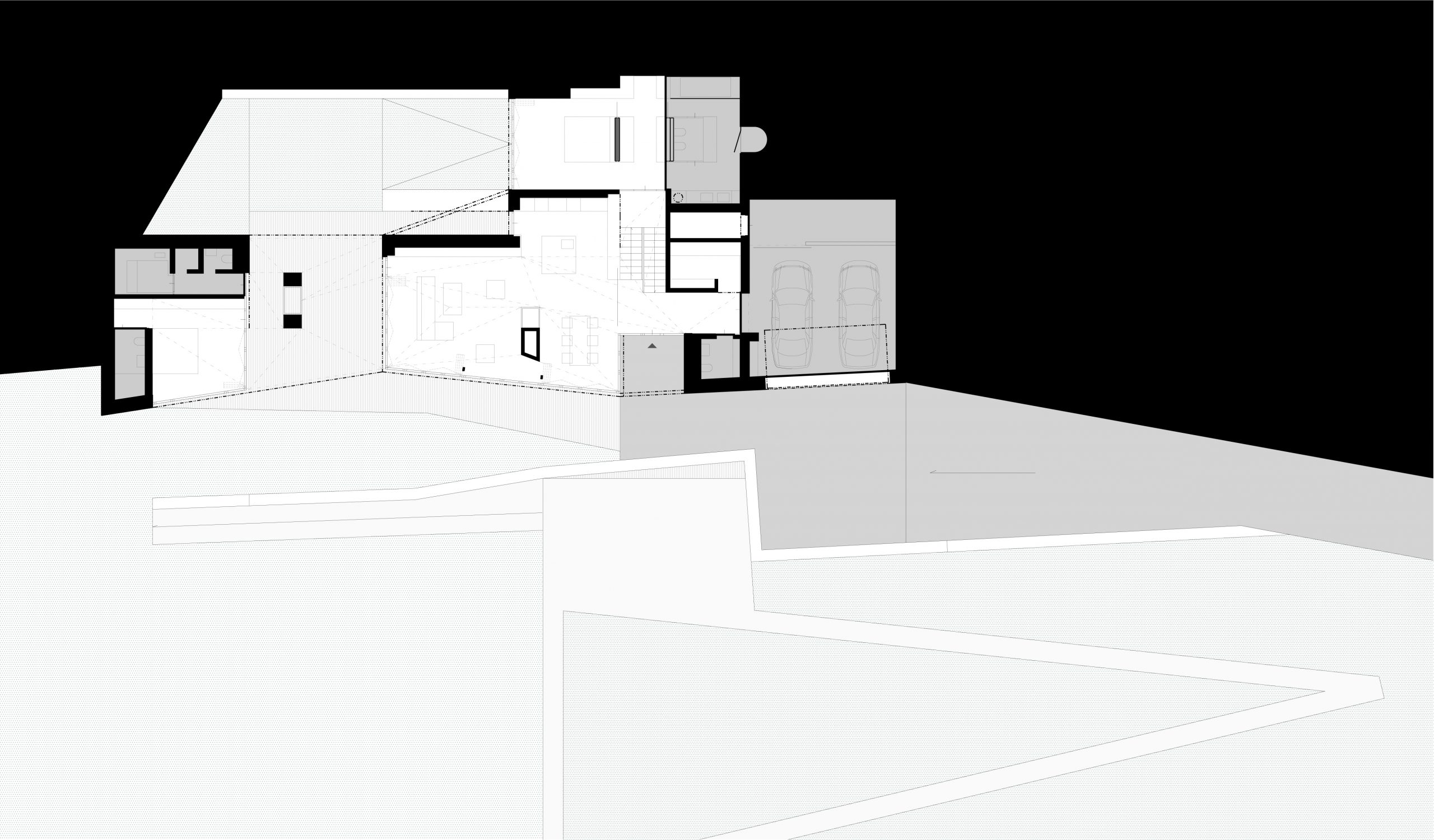 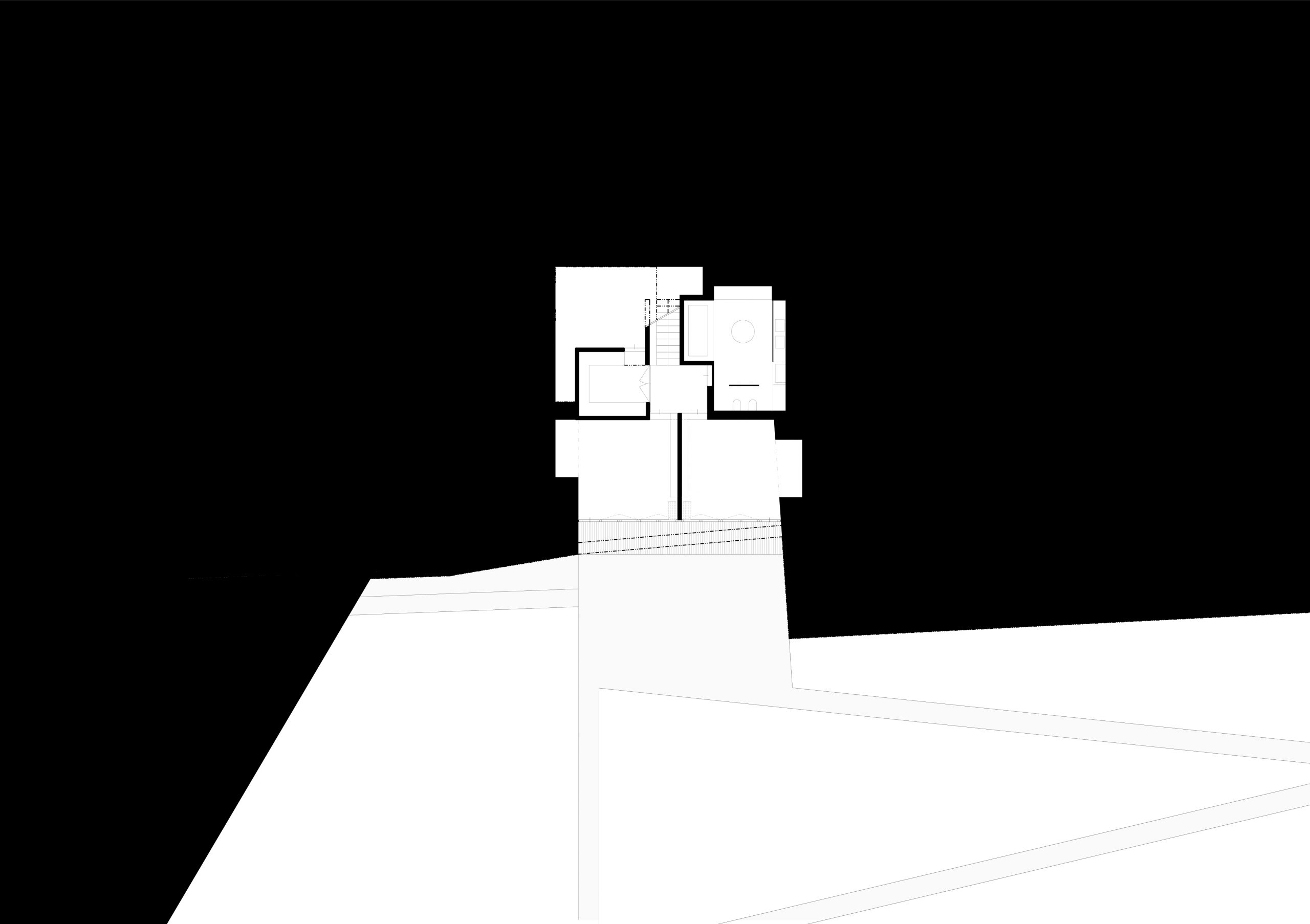 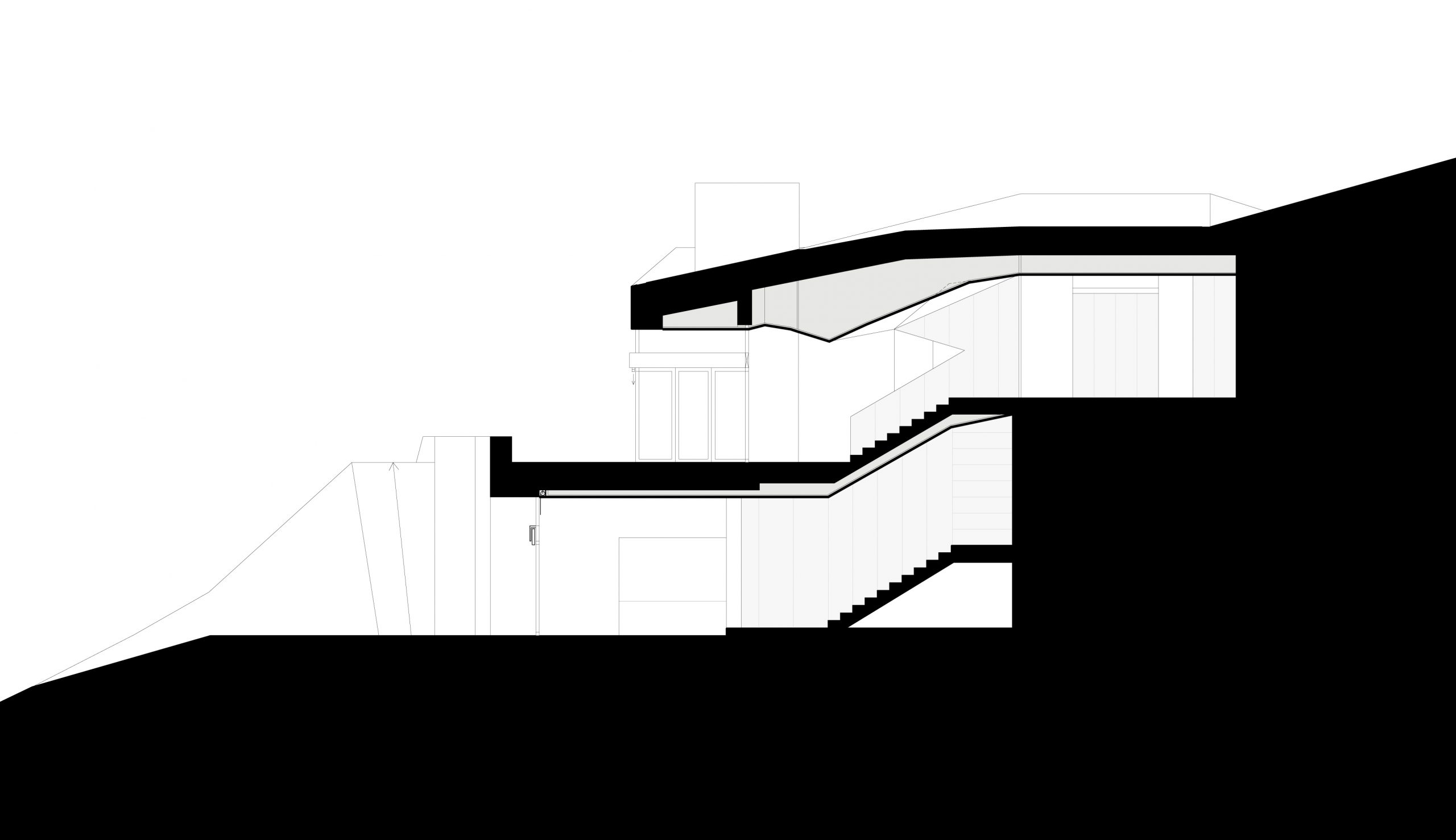 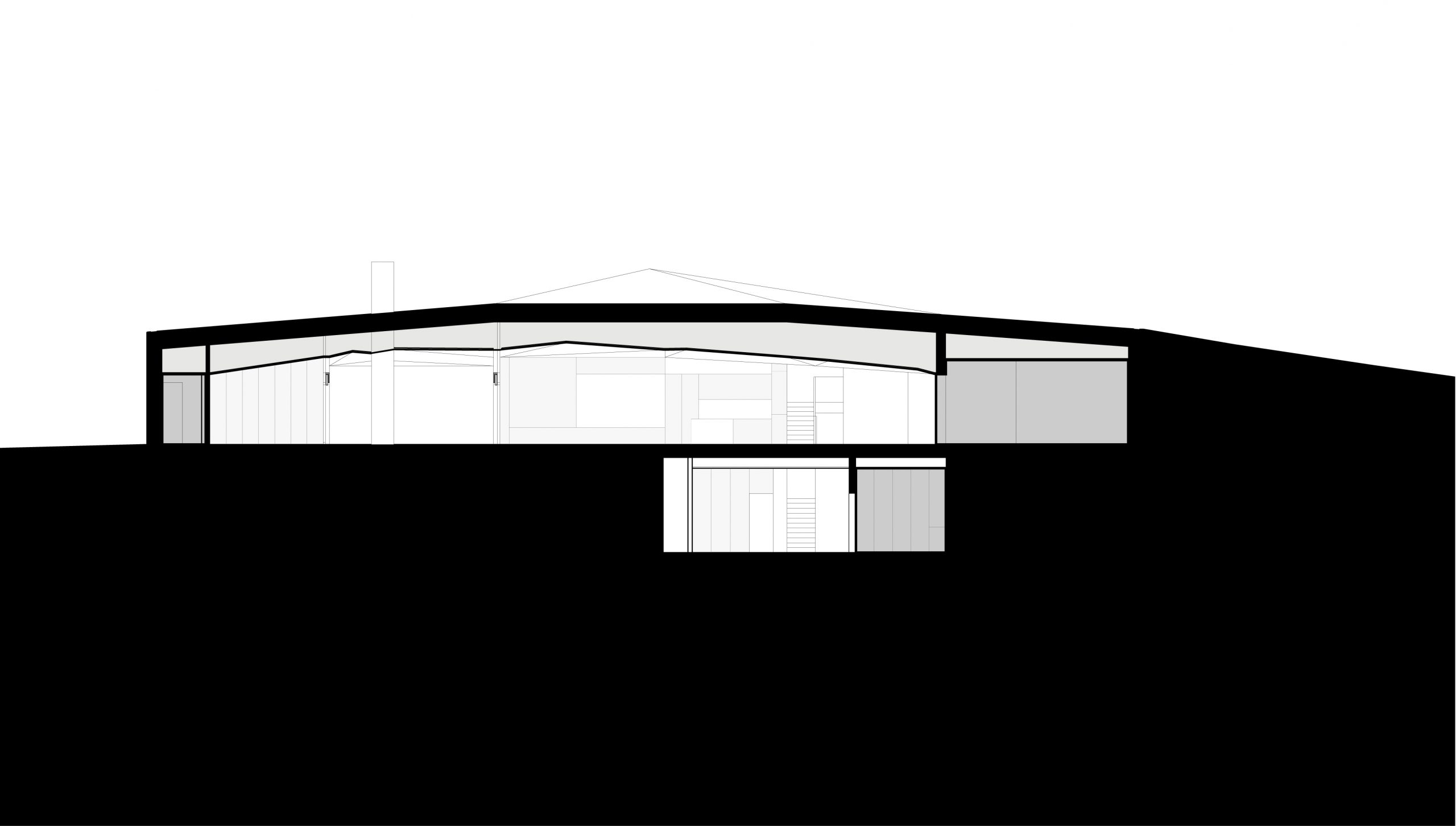