Together with continuous completing of the BB Centrum in Prague 4-Michle at the beginning consisting of larger office buildings, also tenement houses and public amenities were built in the compound – aside from shops and restaurants it also was the Community Centre, a kindergarten, the Nová Brumlovka sports centre, and the Elias Christian Elementary School in the refurbished historic building. The new plan to extend the school to a lyceum raised the need for new spaces for educational purposes that were satisfied by relocating a part of auxiliary school functions (canteen and clubrooms for afterschool activities) into a new building – the School Pavilion – on Baarova street.

The School Pavilion was built in the place of a devastated house in a street of villas of a similar size; the point was to naturally integrate the building into the given setting and, at the same time, be able to express the typology of a specific school facility. The asymmetrically articulated volume with a composition of fenestration featuring windows dimensioned according to the function of each particular room and recessing the building partly below Baarova contributes to the way the building is perceived: it looks smaller than it is in reality (the developed area is 330 square meters).

There are the entry areas, children lockers and a part of the clubrooms on the ground floor from Baarova. More clubrooms can be found on the first floor, and there is an official flat on the top, stepping back storey. The school canteen exploits the sloping site, and it is in the basement below Vyskočilova (street) on the garden level with its back-of-house facilities partly sunken below the ground. Large glazed windows open the canteen via an outdoor terrace to the garden to which there is another separate entry door allowing children to dine outside when weather permits. Another important feature of the extended school is a new athletic field adjoining the Pavilion’s garden from the north from where it can be accessed.

The Baarova School Pavilion is the smallest build belonging to the BB Centrum so far, but it is a substantial contribution to the school and, thus, to local public amenities, too. 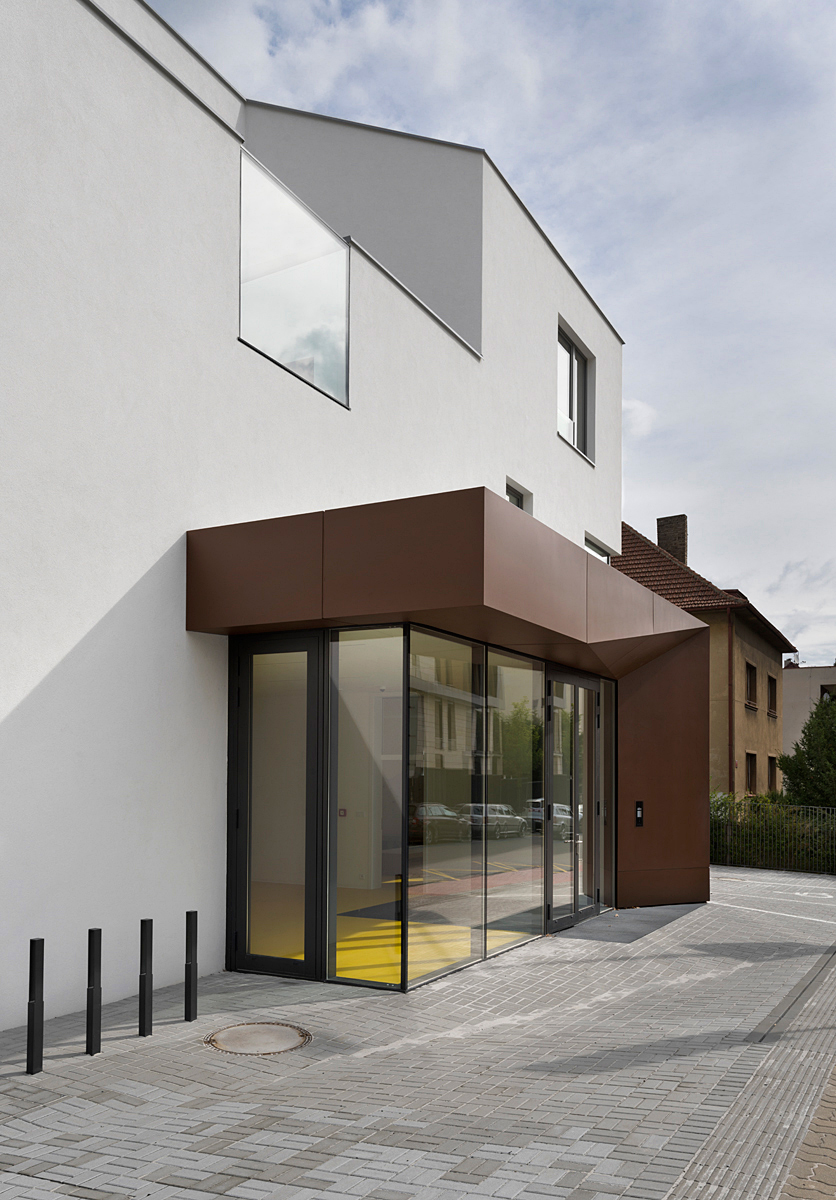 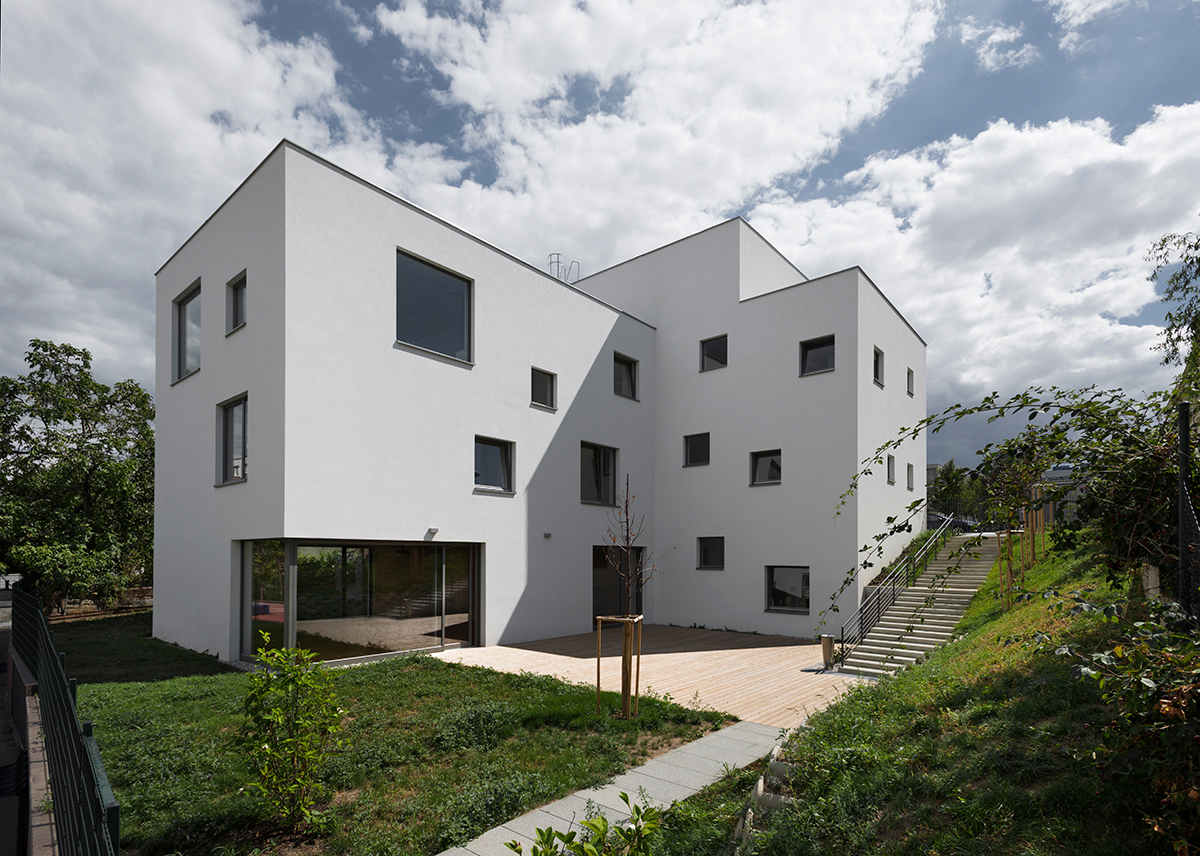 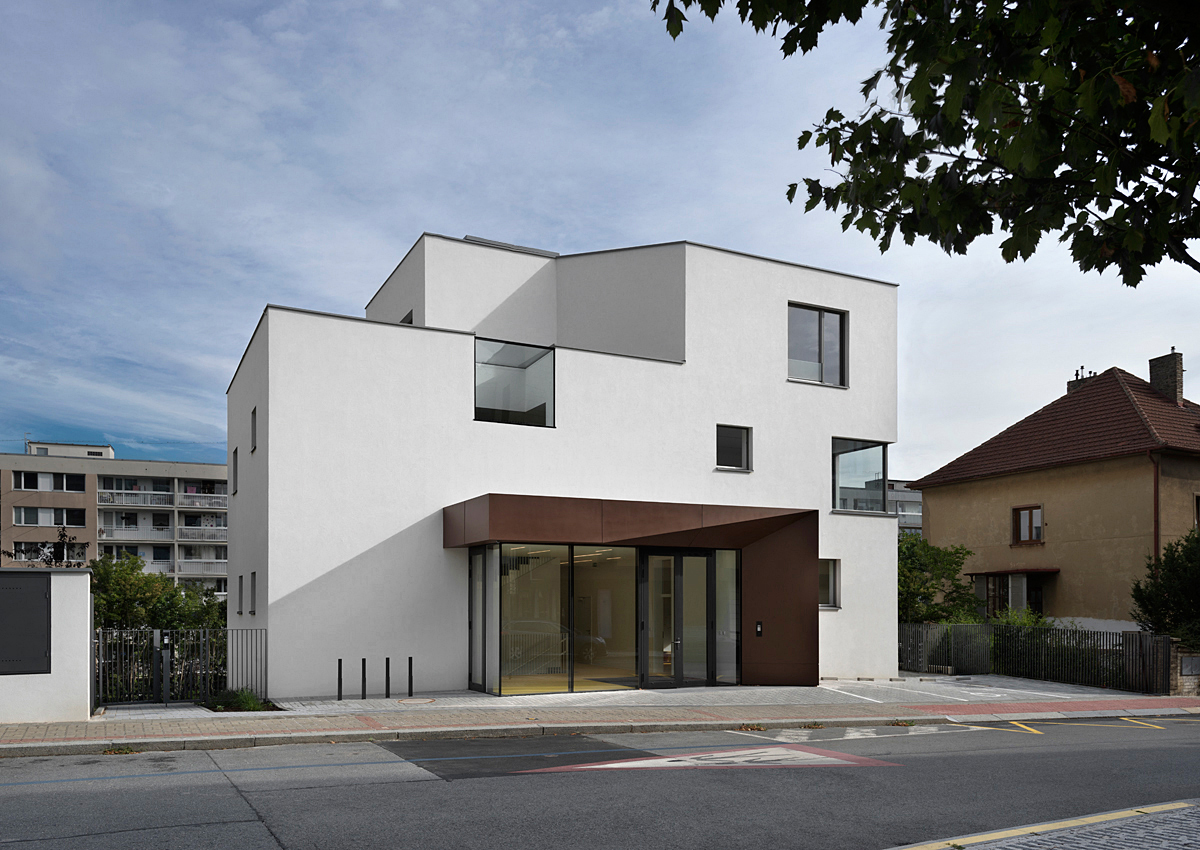 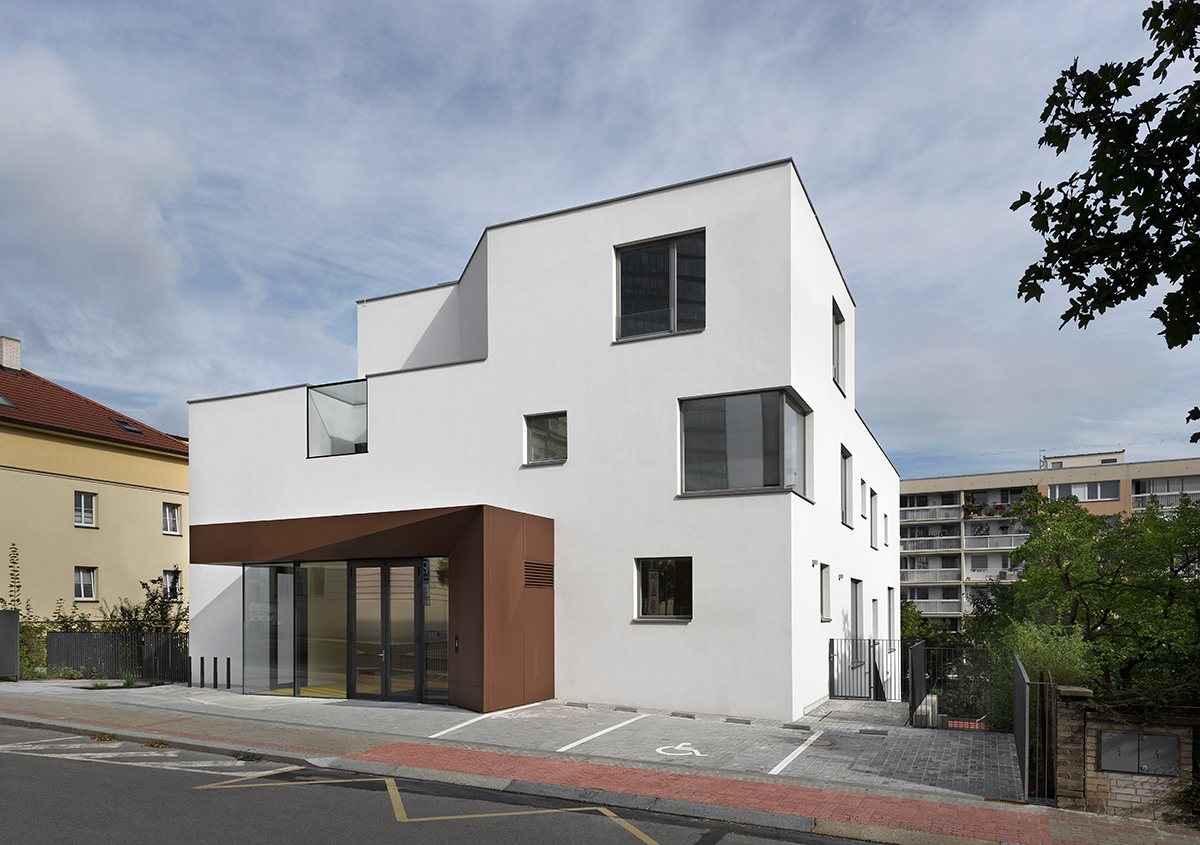 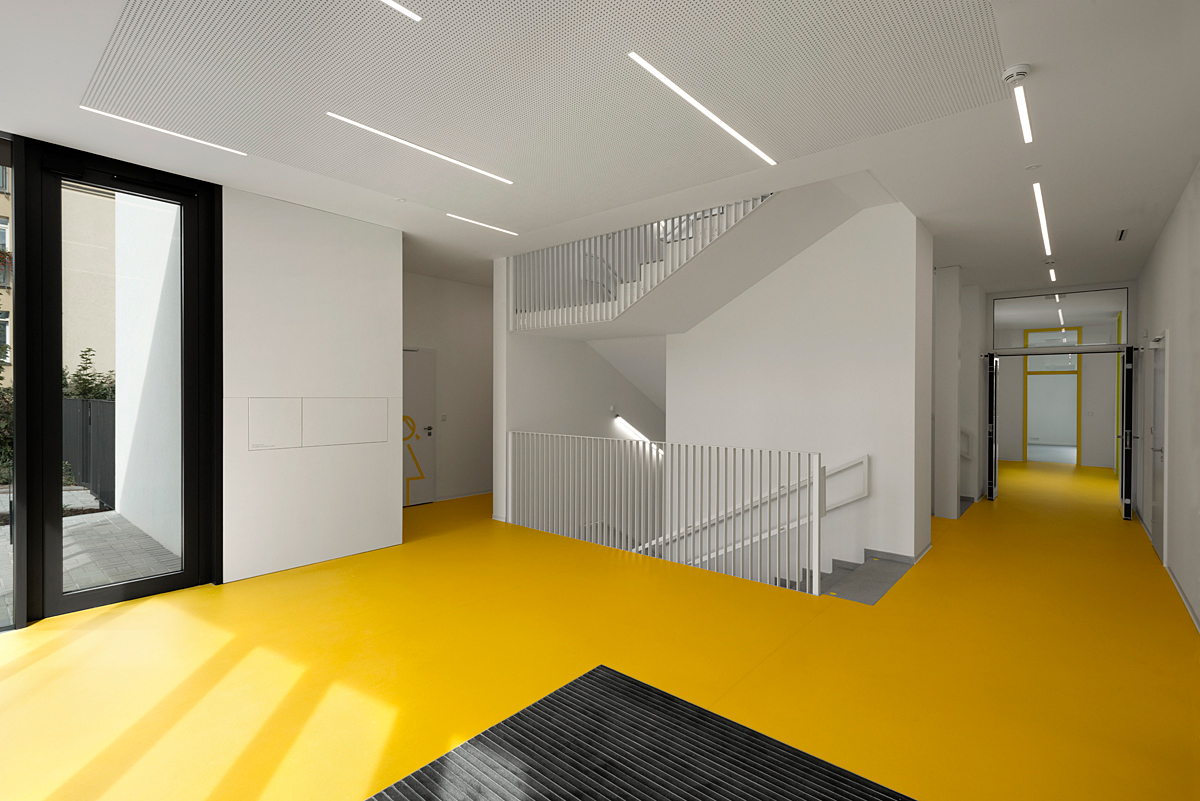 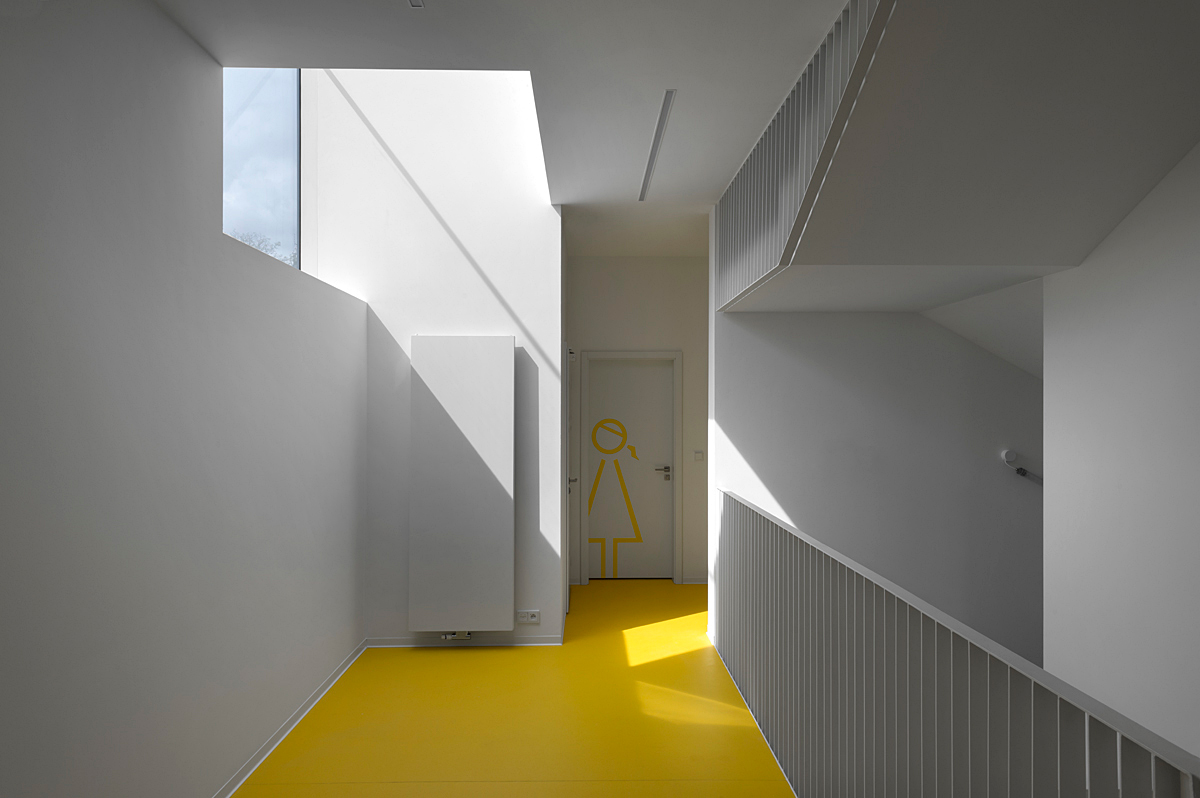 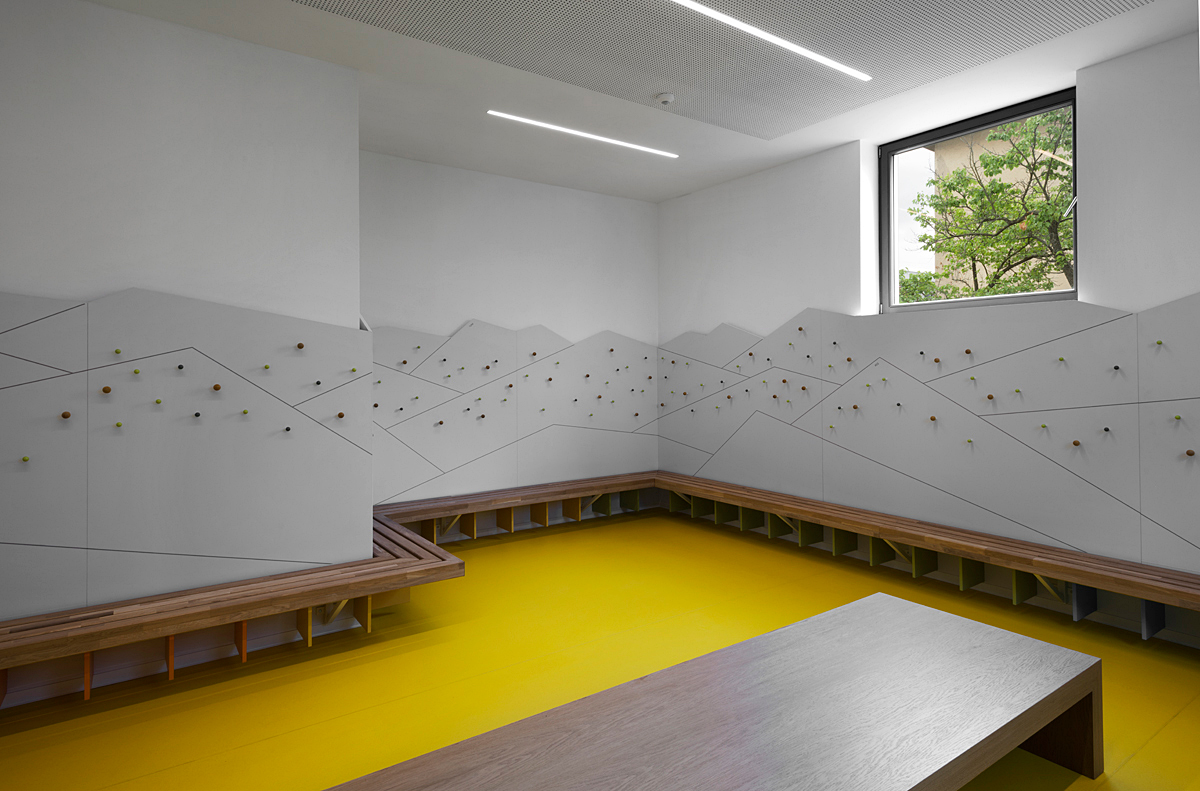 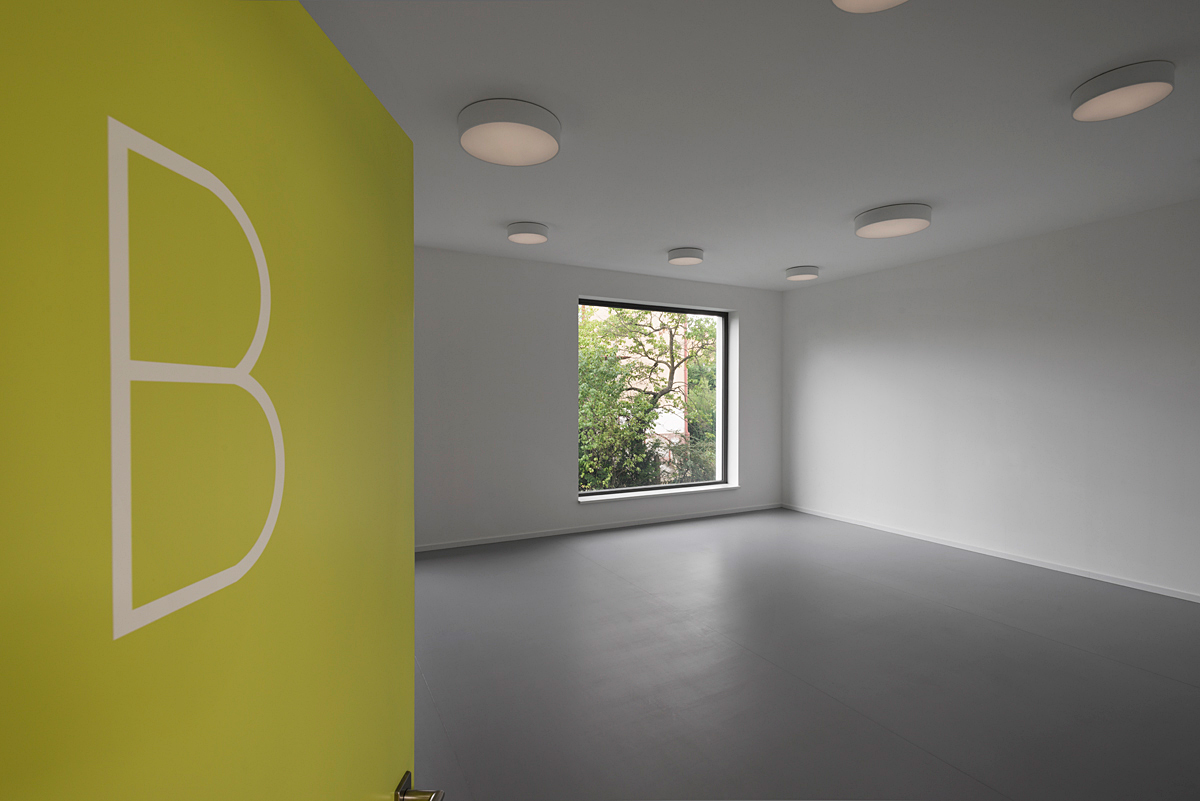 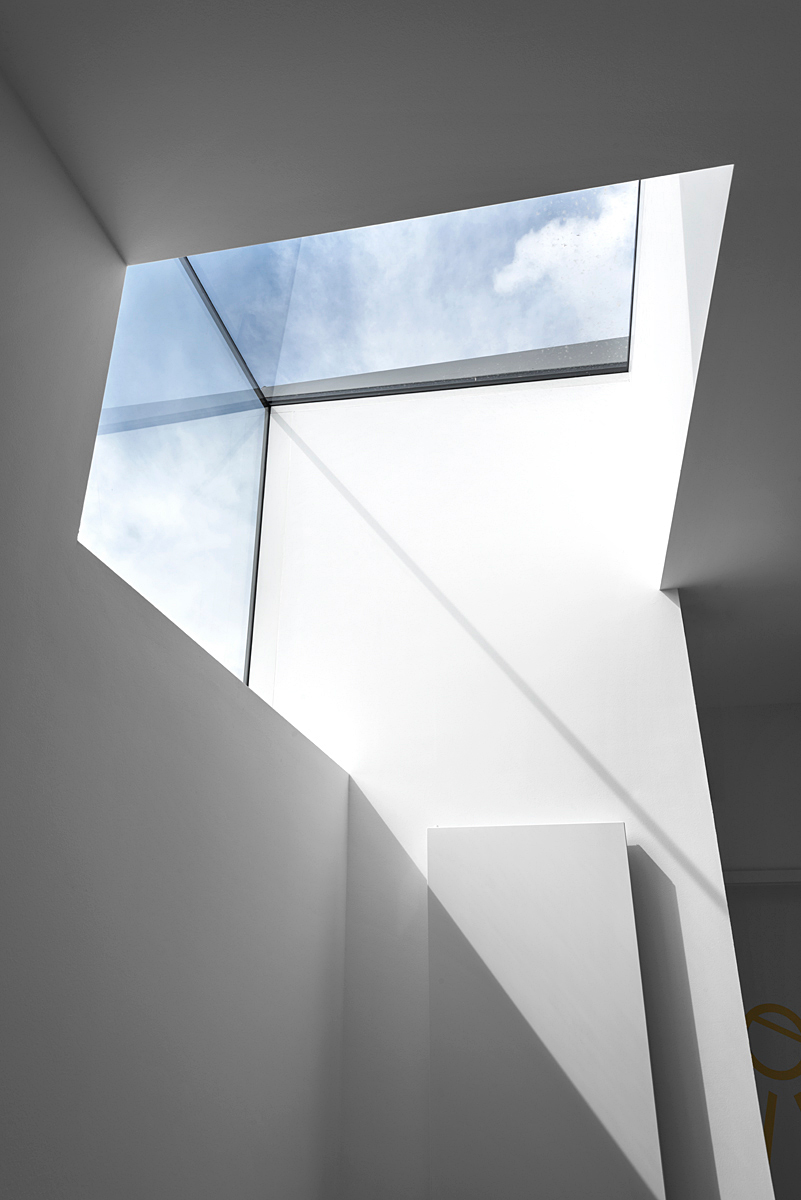 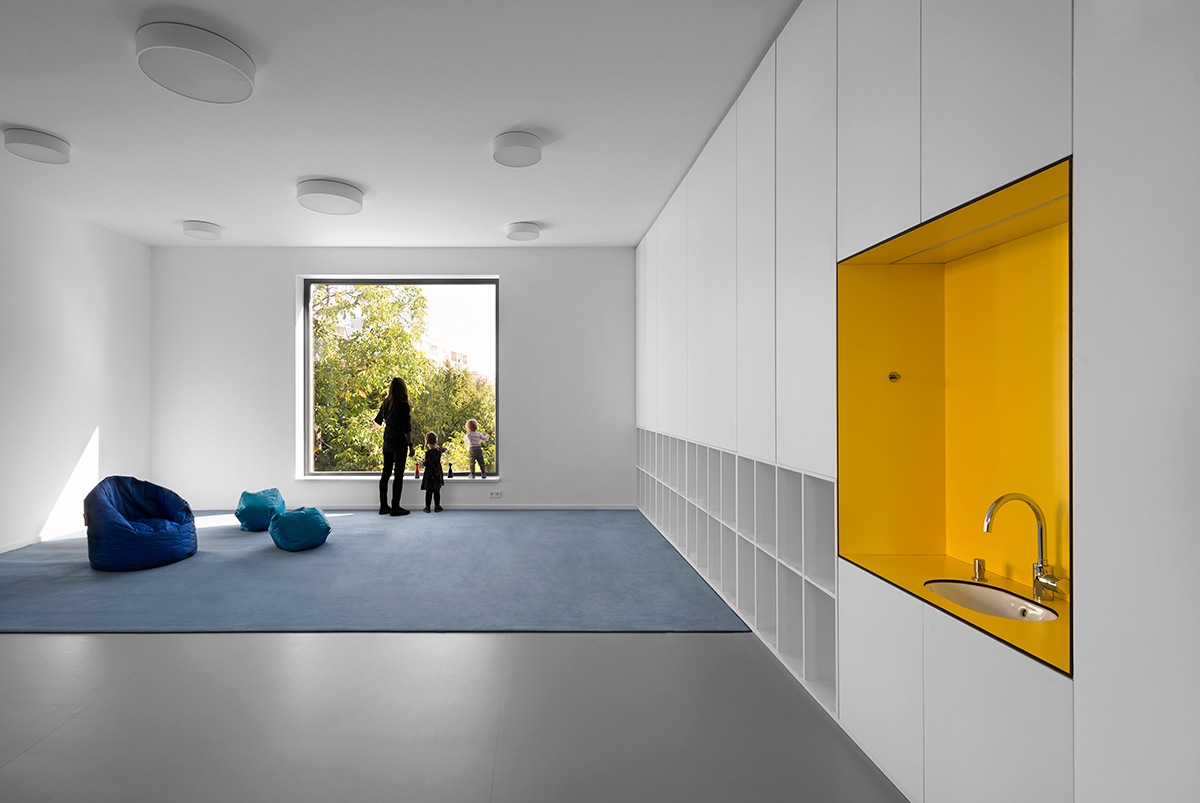 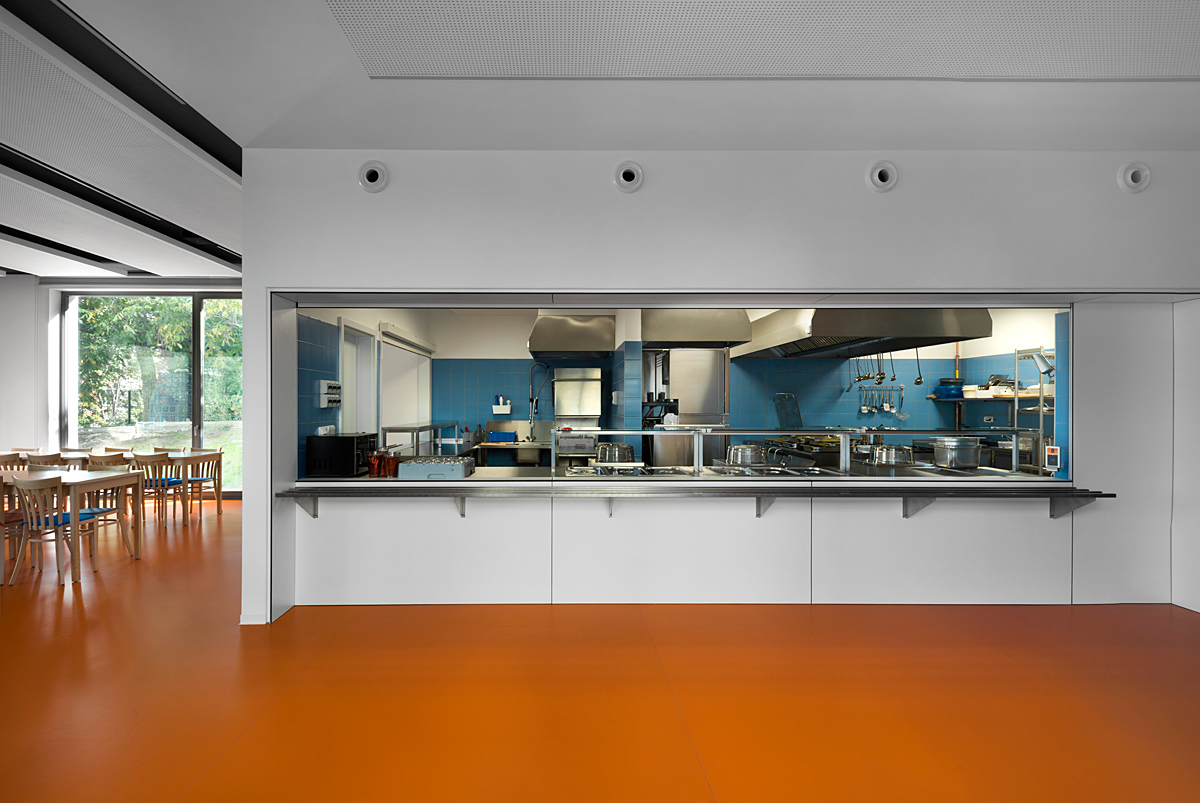 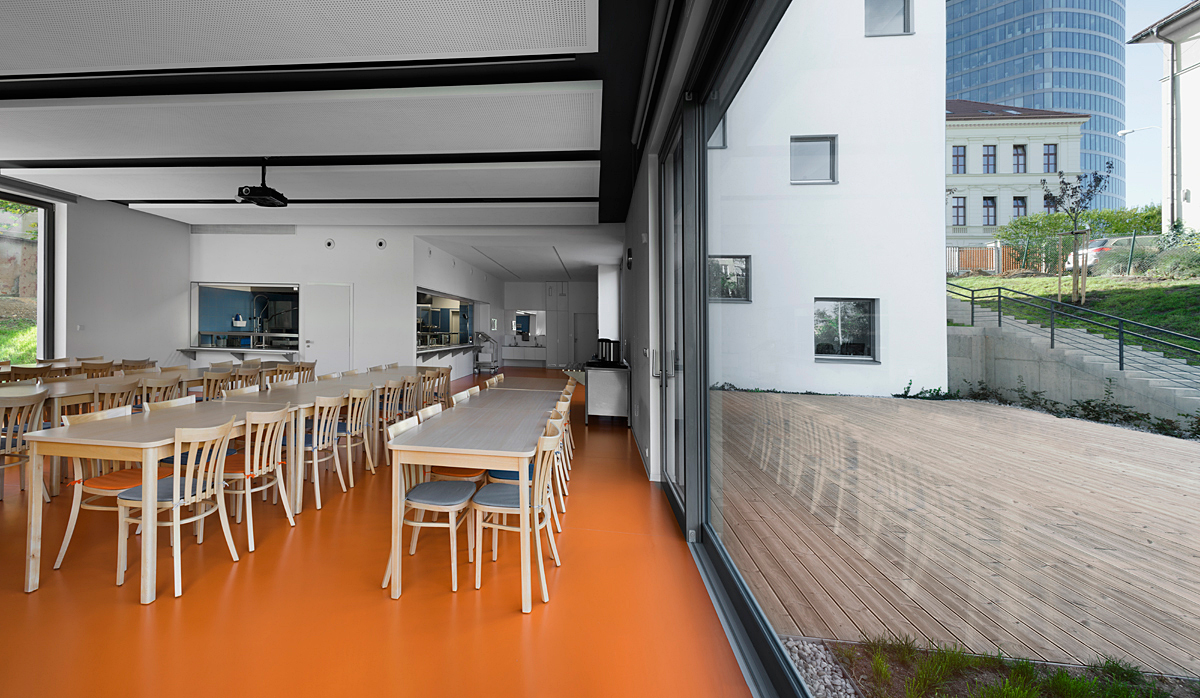 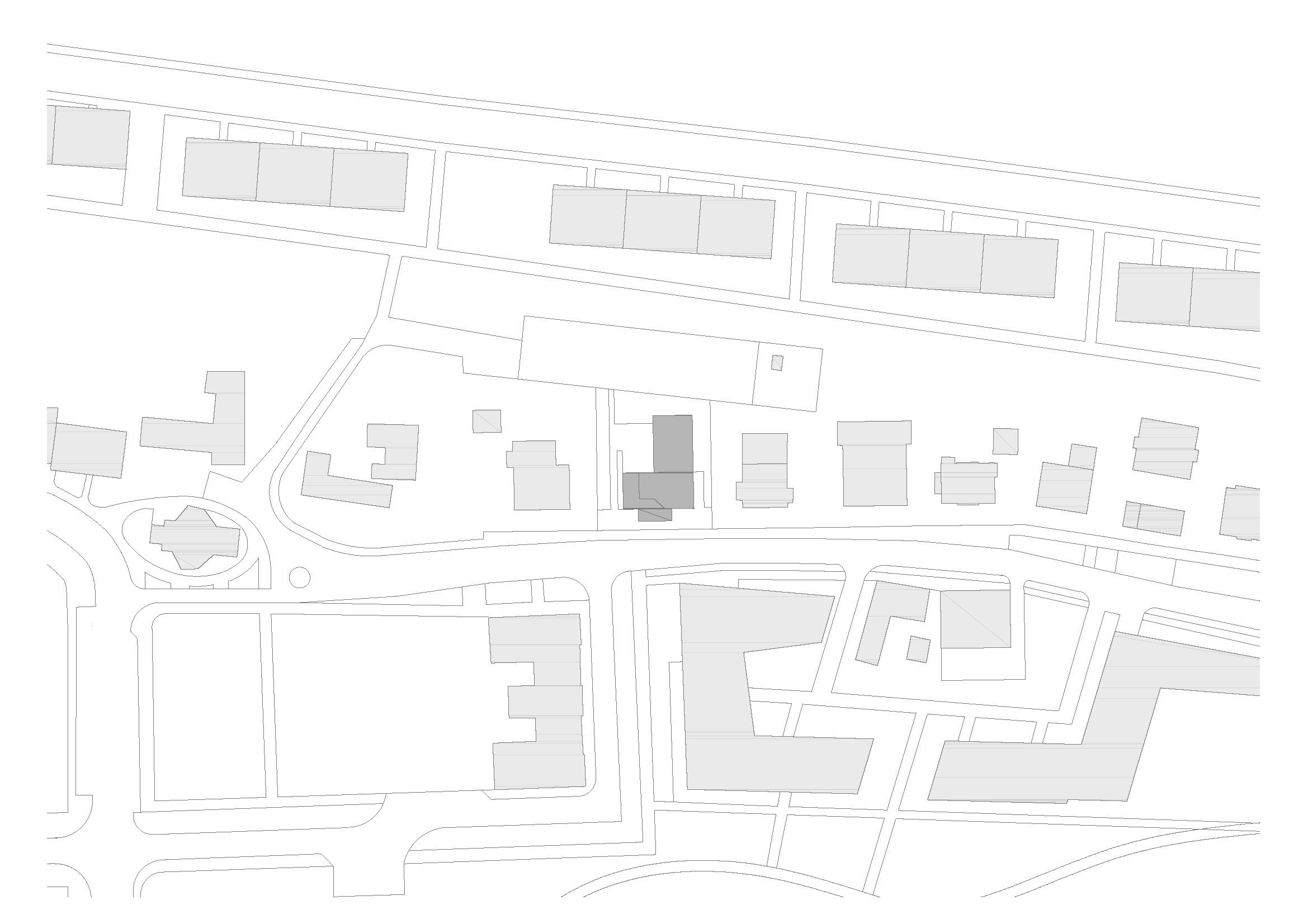 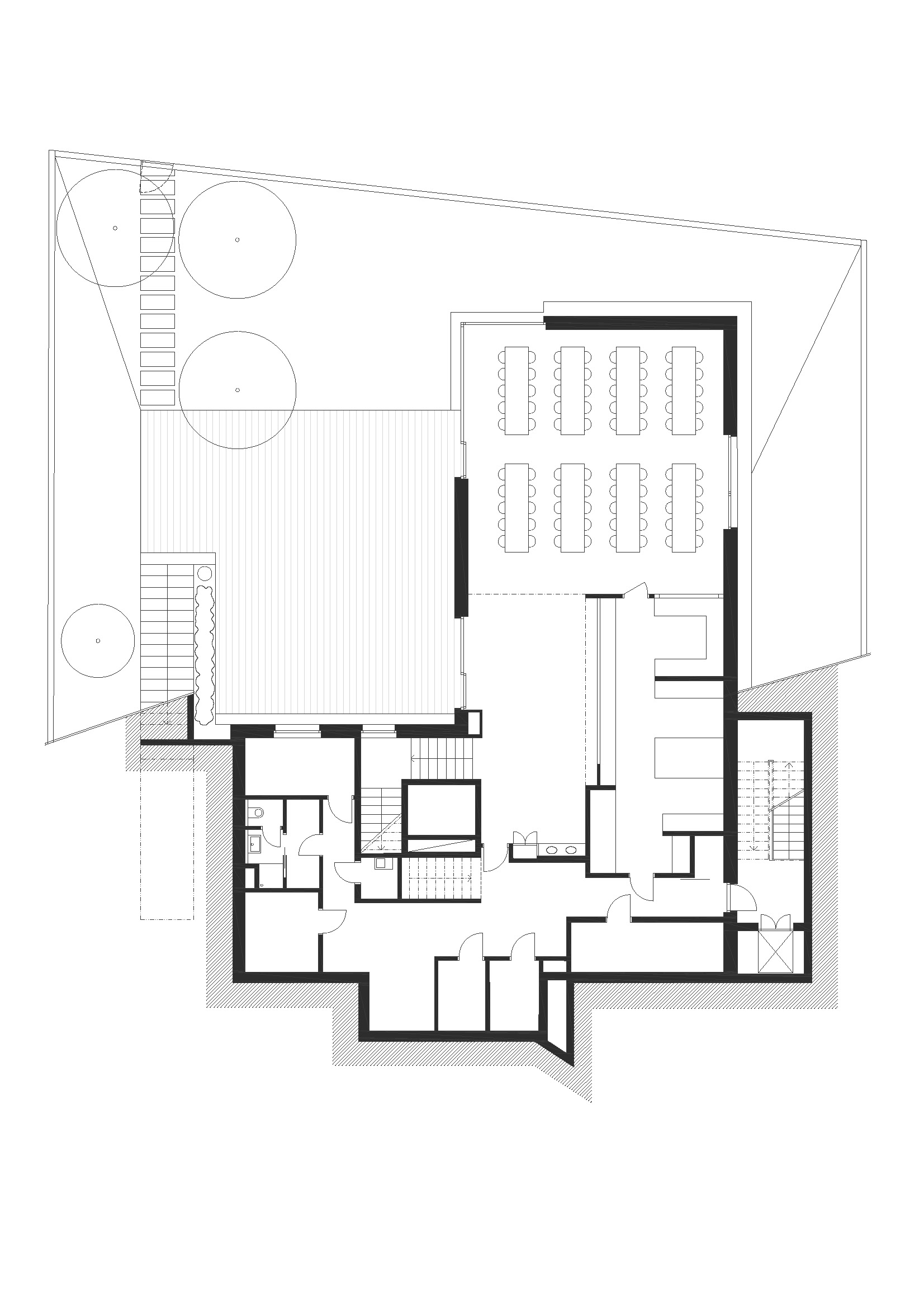 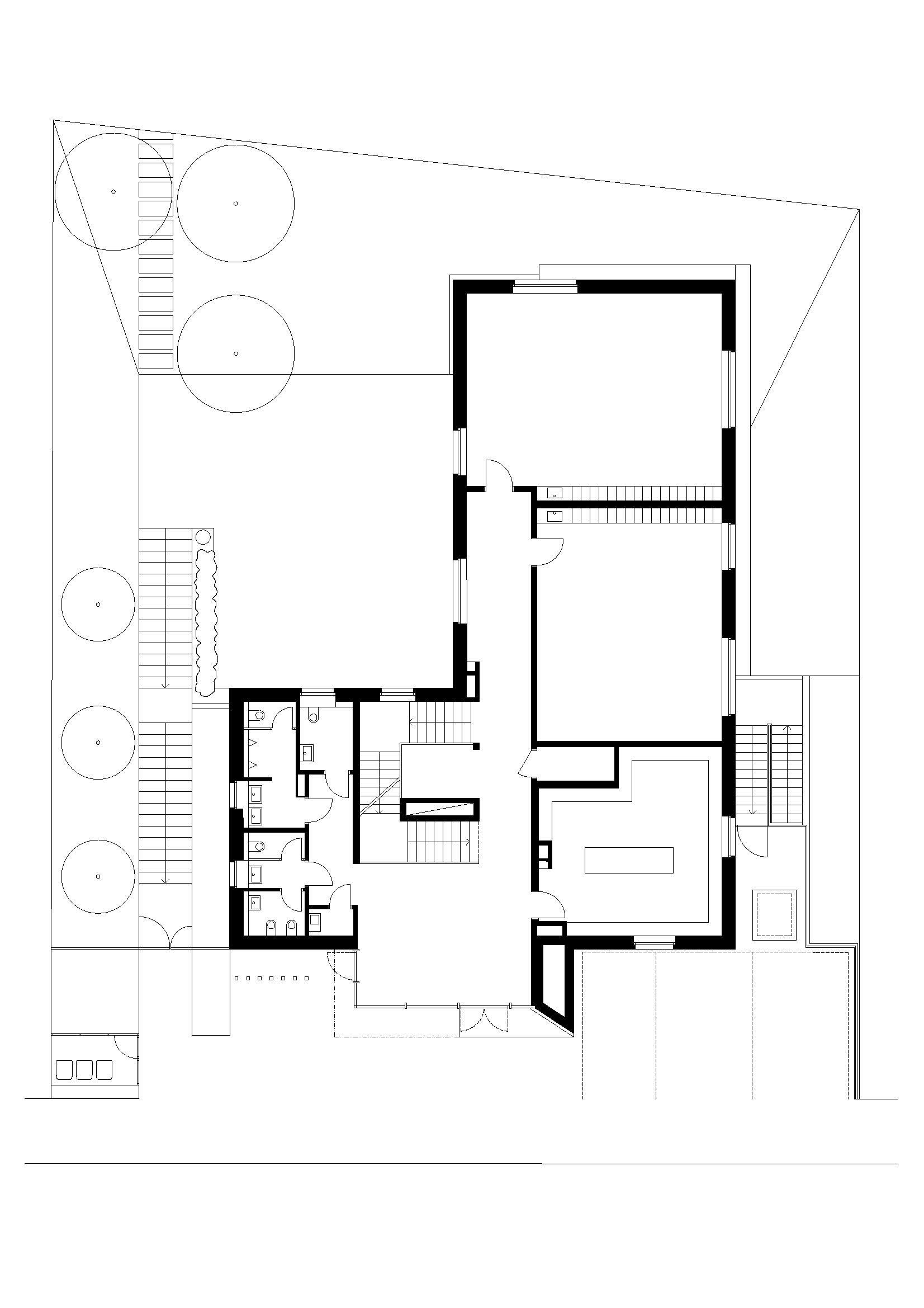 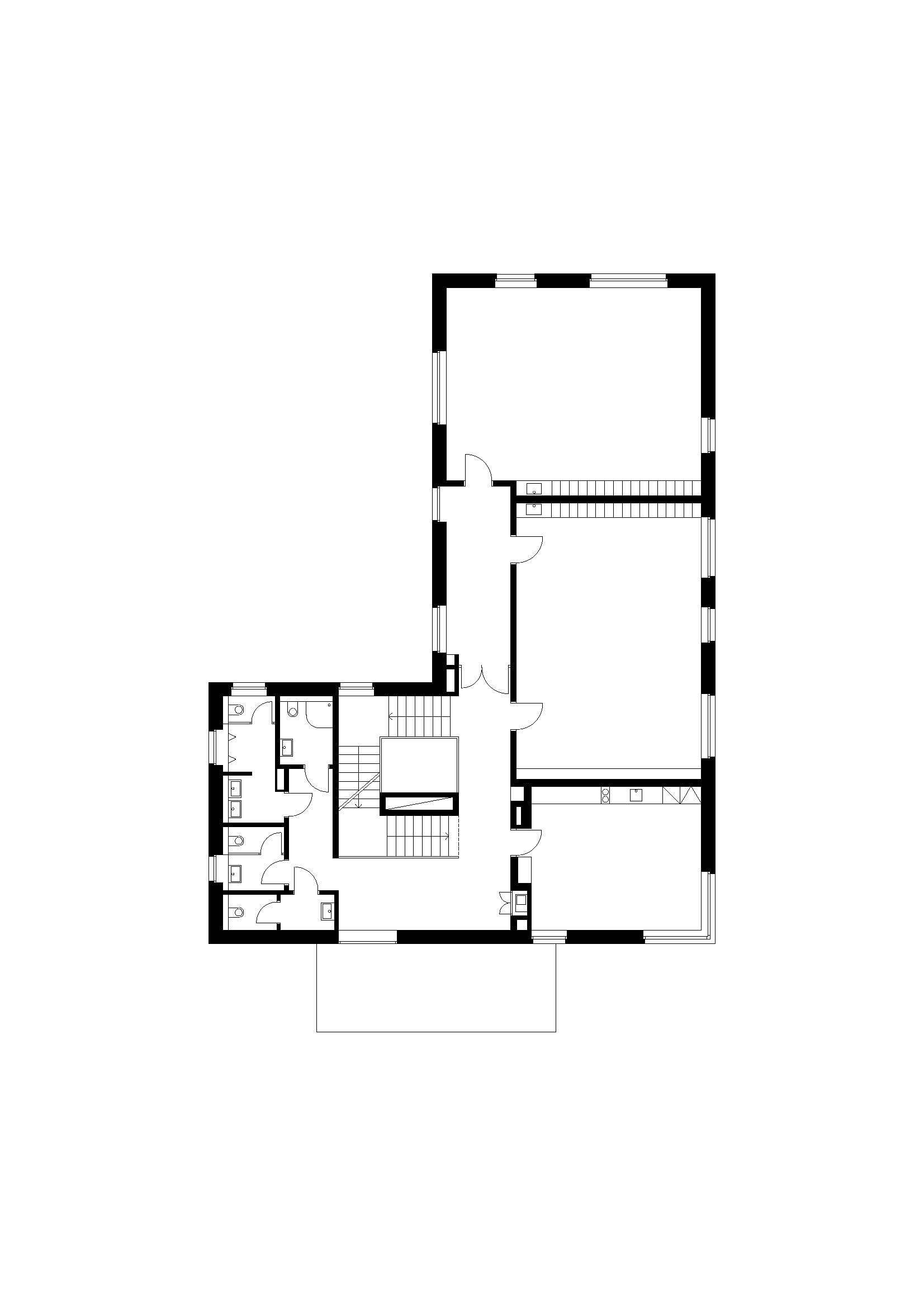 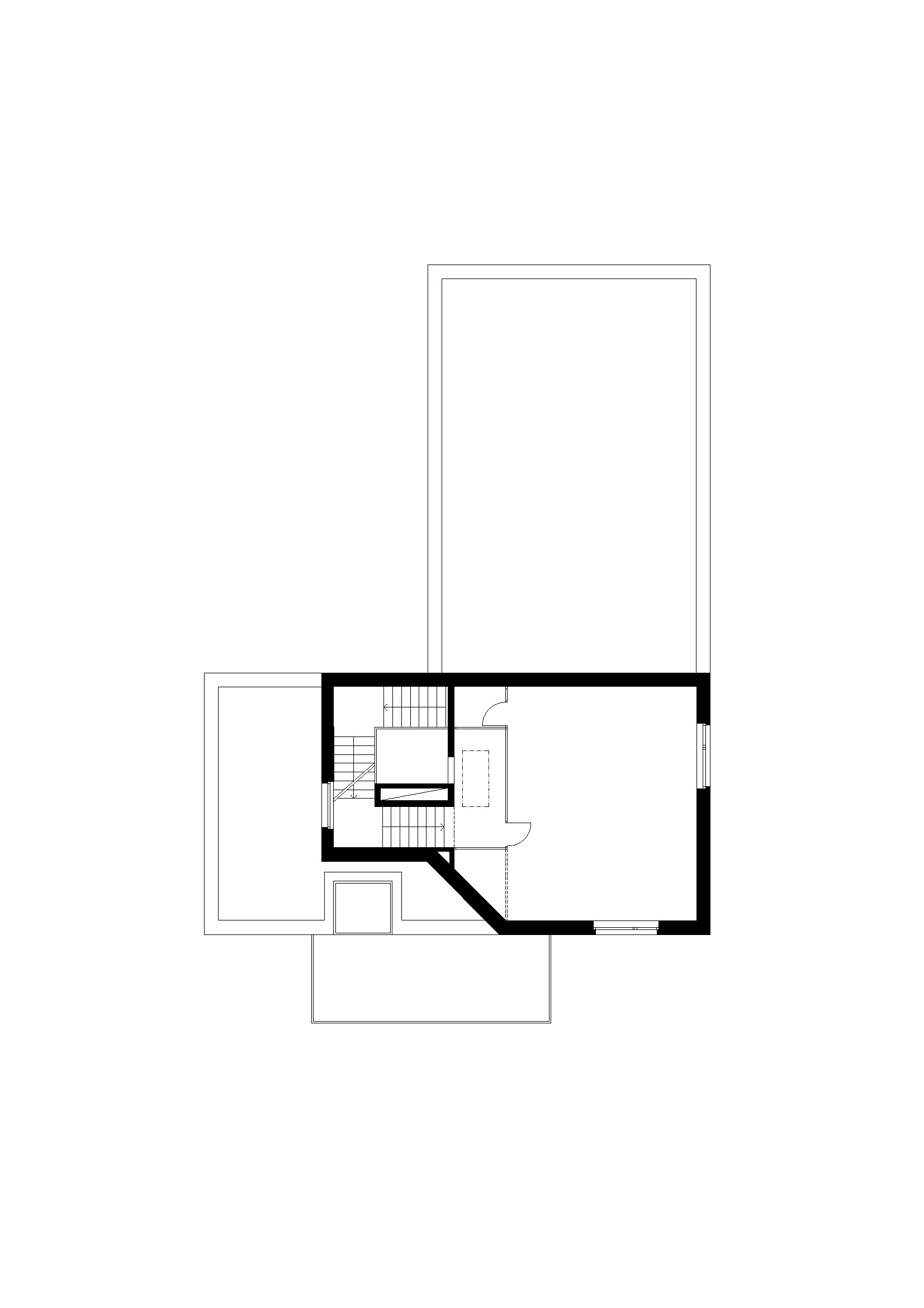 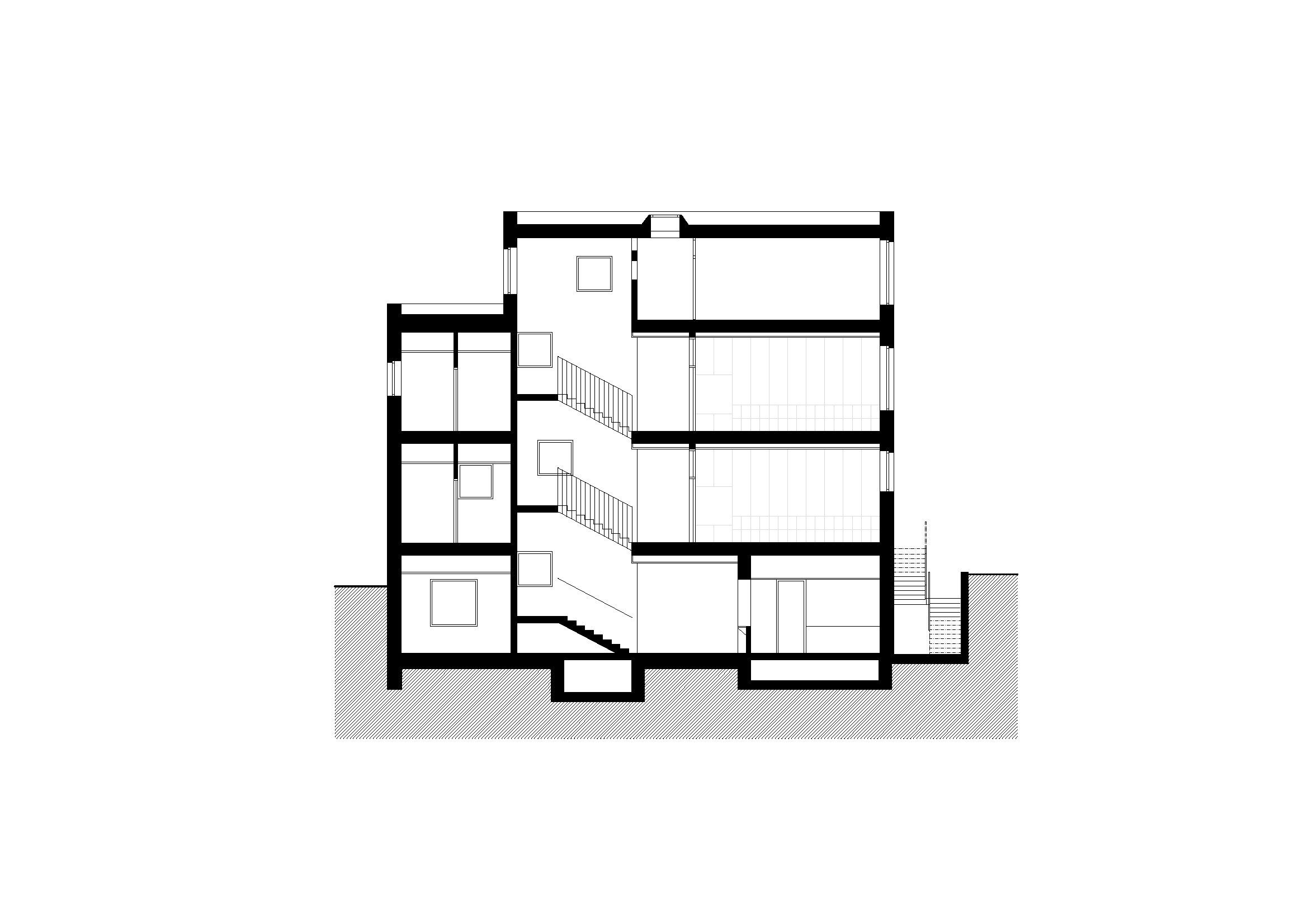 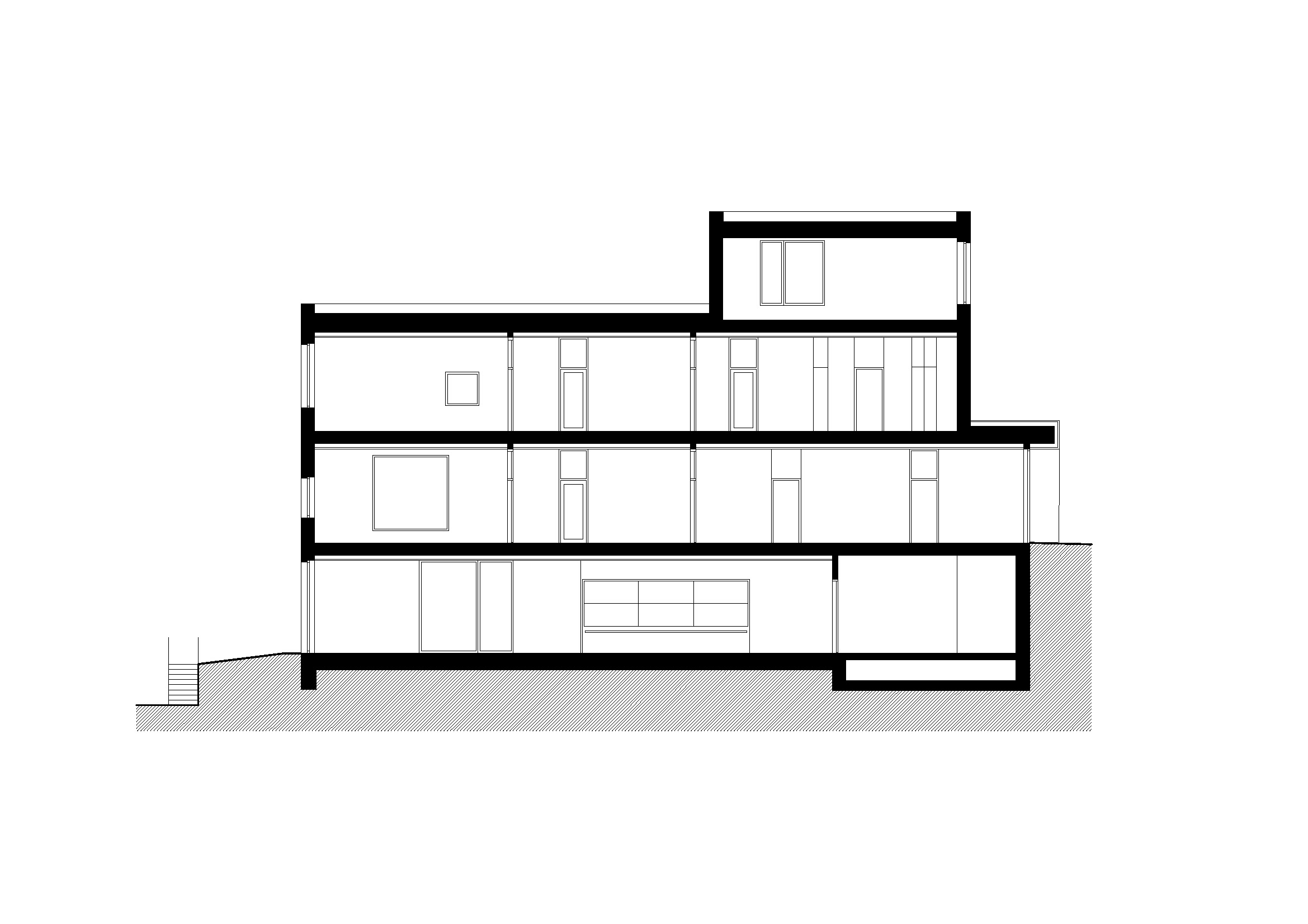 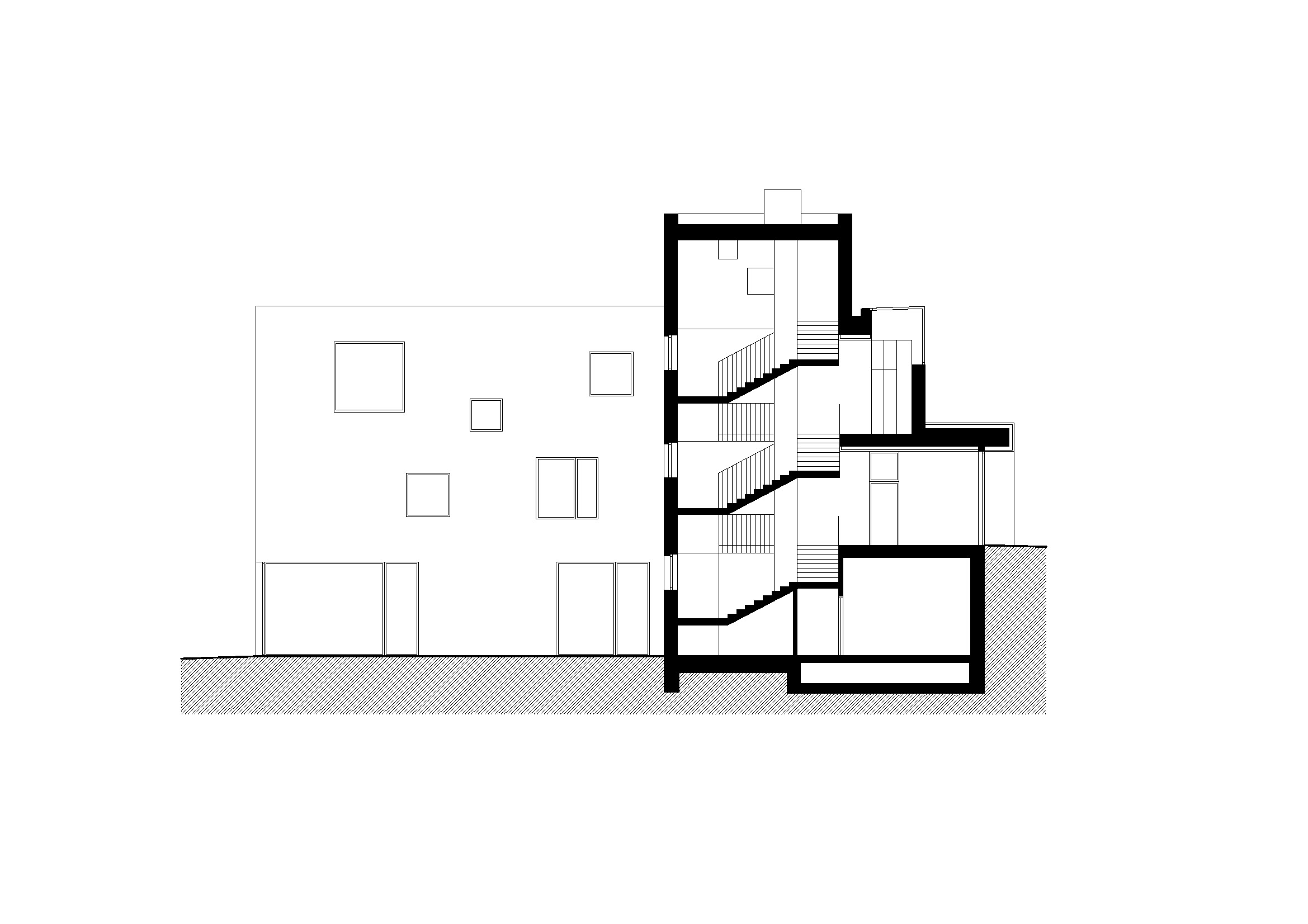 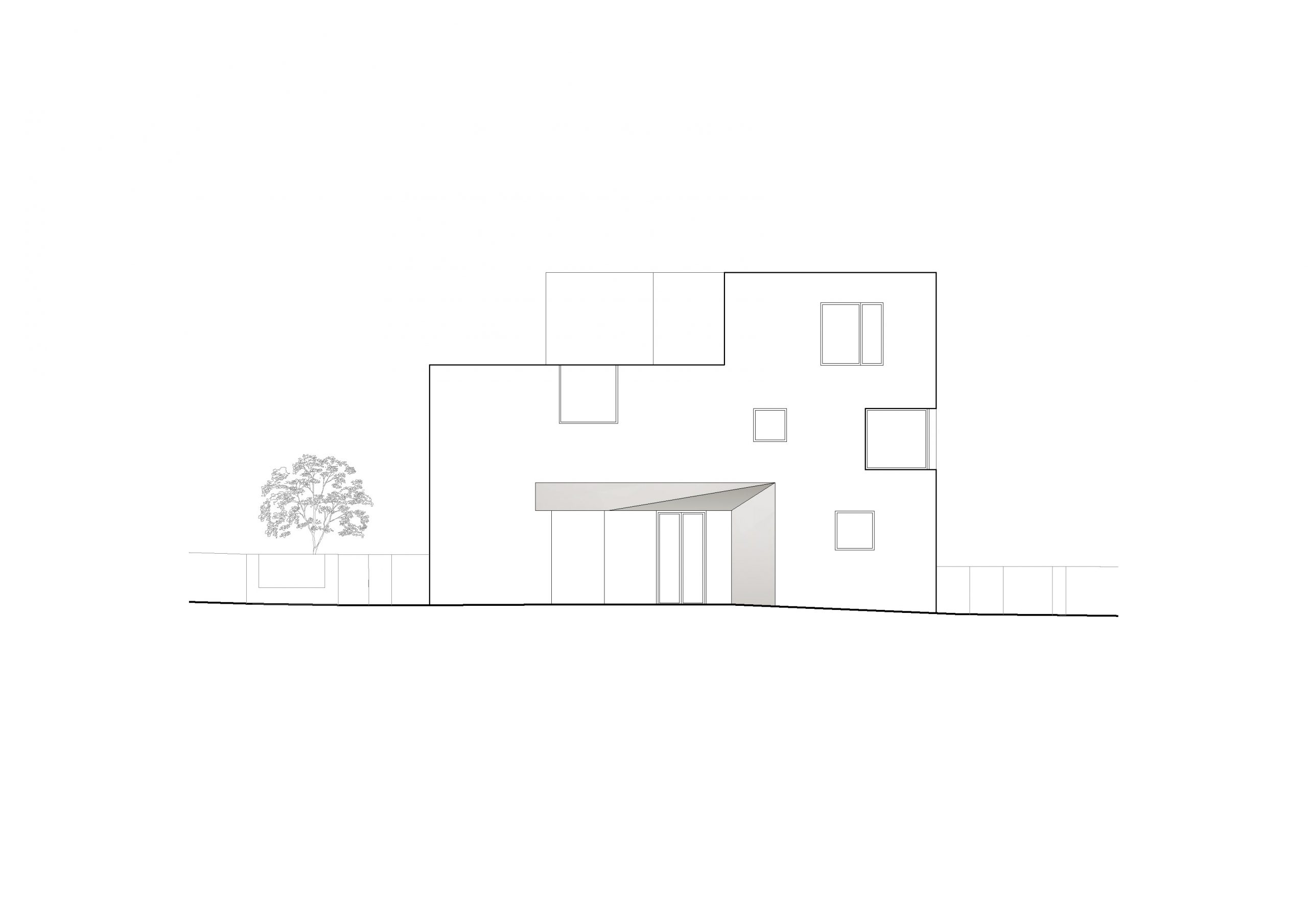 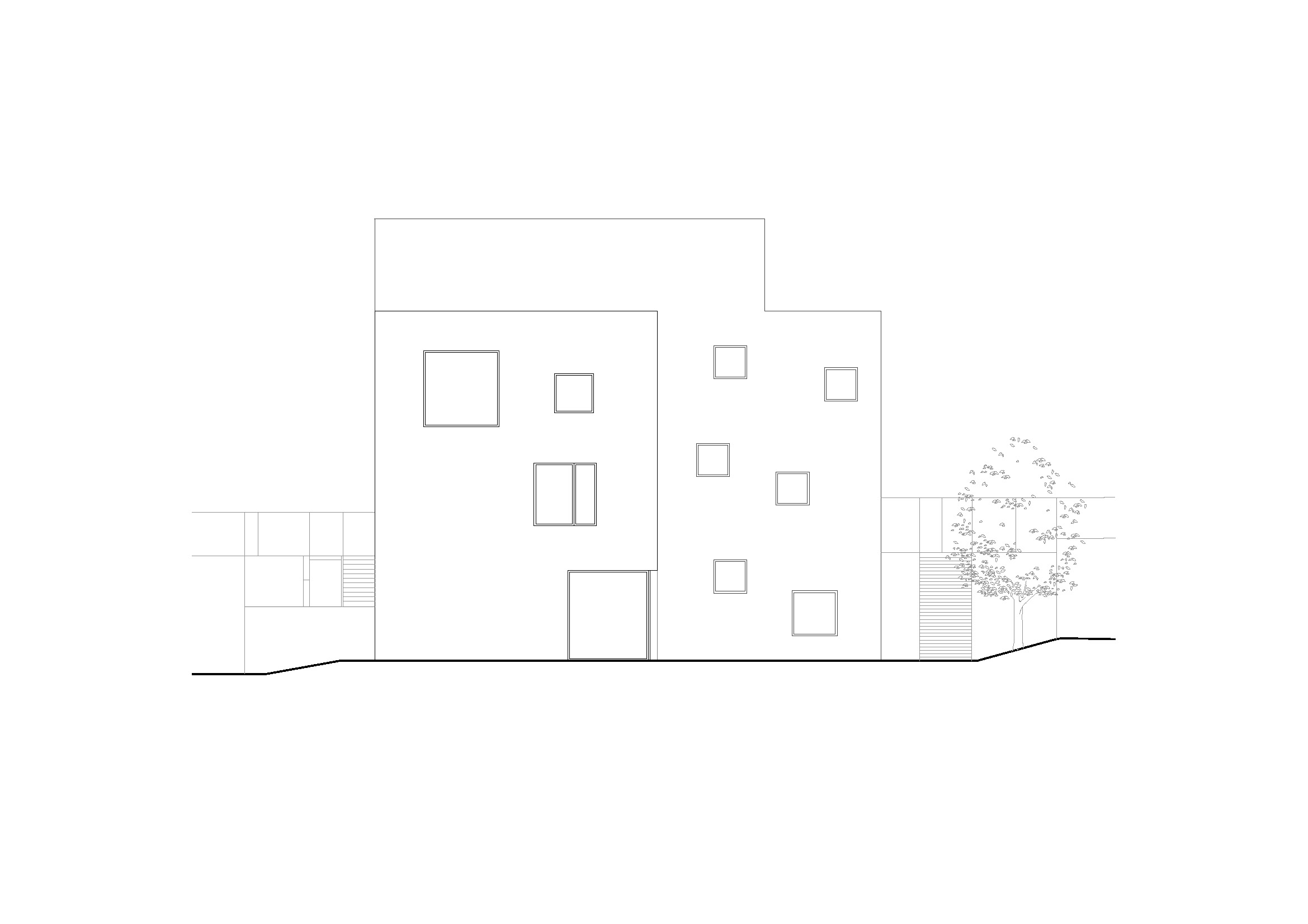 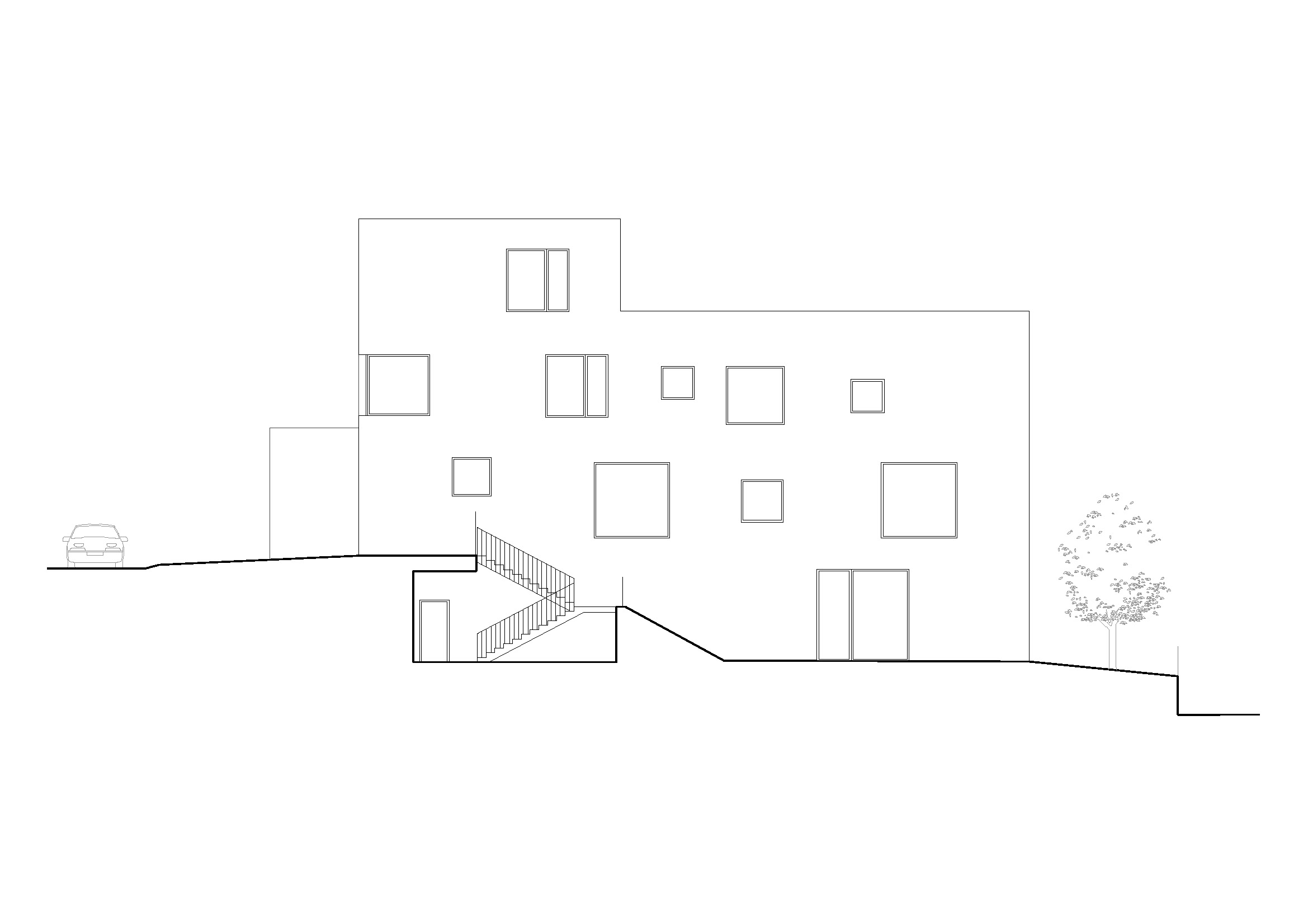 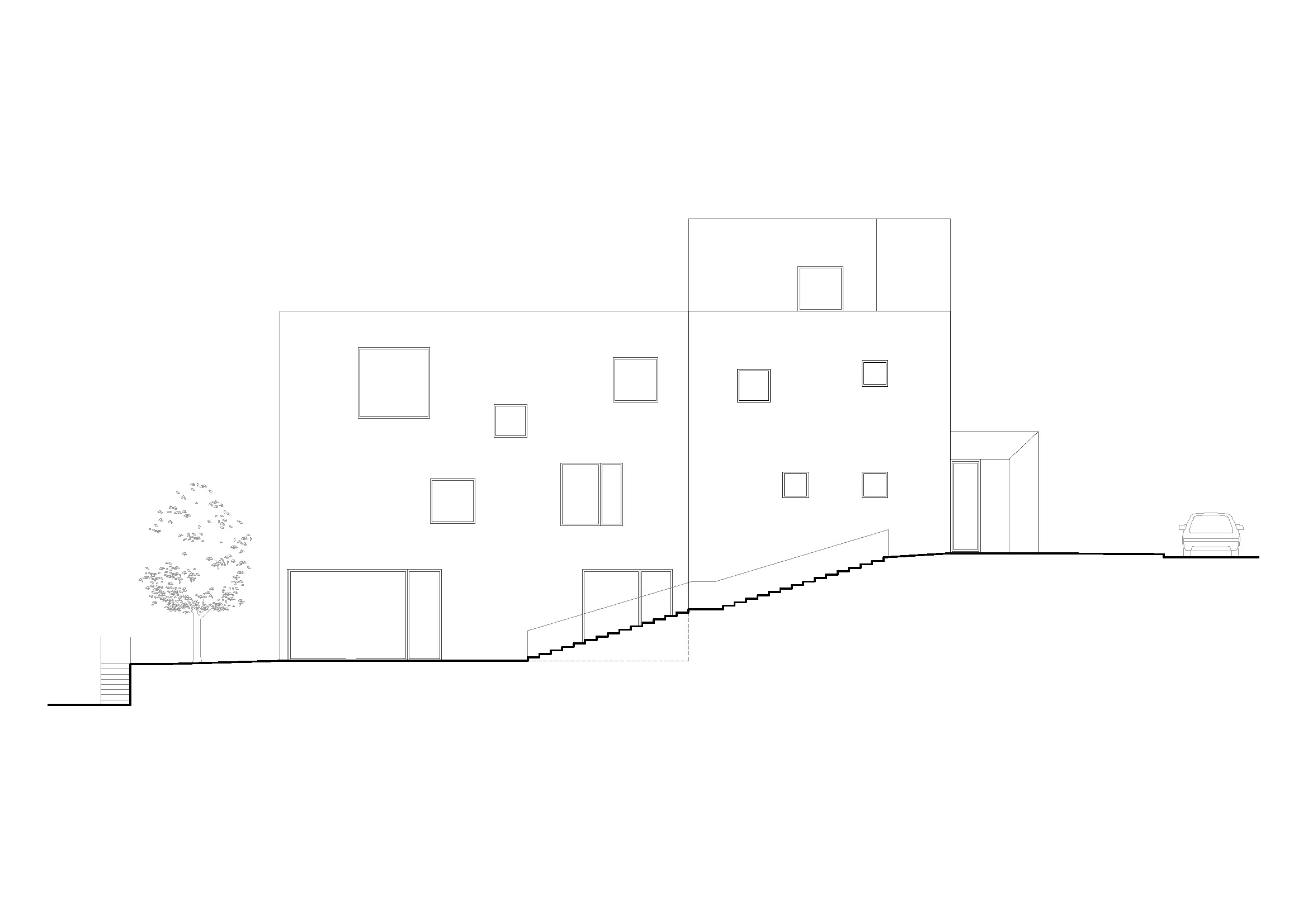