Myšlín is a typical example of environment outside of suburban parts of city – earlier small accumulations of summer cottages and standalone summer houses were step by step connected to boundless recreation area. We can call it neither housing nor nature nor city nor countryside. Despite this Myšlín has its potential, especially in case of our site. To build here means to save the spare countryside and to give a new use to the place which has already been intensively used by people. The site with old ruined hut and full-grown trees is familiar and habited environment non-comparable with new housing development, which we find outside of almost any village in Central Bohemia. The main theme is as high merger with neighbourhood as possible and keeping the character of surrounding development, despite much bigger building purpose (contemporary family house with default facilities) than the one of original cottages. The site slopes down from access road. Its south-facing orientation enables to hide a part of building under the ground level and hereby to correct its effect on neighbourhood. Reduction of facade area impacts favourably the energy budget of the house. The smaller entering part is vertically aligned with the access road, the main living floor is mostly sunk under ground level and enterable from top to down. Not only for that is a slope phenomenon still apparent. The house is oriented with its living part to the garden, which continues into forested slope of opposite valley. Along glassed-in south facade is a wood platform roofed by pergola. The pergola in conjunction with full-grown vegetation inhibits overheating in summer while later in winter when low sun diffuses deep to the interior of the house it warms it up. Other rooms far from the south facade are lighted by small atrium. The roof over the entering part slopes towards the garden and therefore the house look like single-storey building. The flat roof of half living floor, which is designed like wood platform, makes the outside living area wider. The compactness of the building is reached by full-area larch slabs tiling. On the other hand the interior reflects the life diversity of the house inhabitants in its variety. 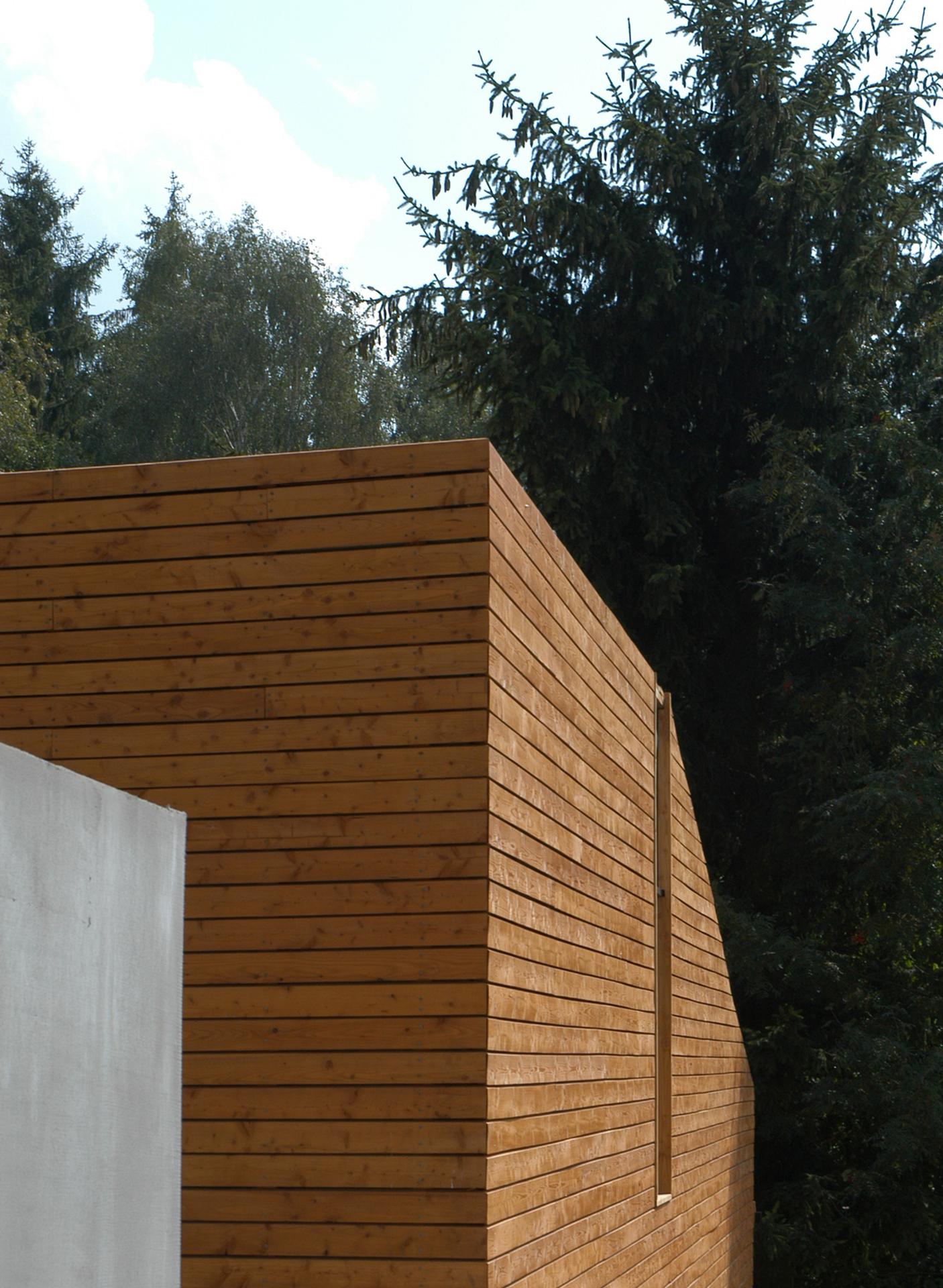 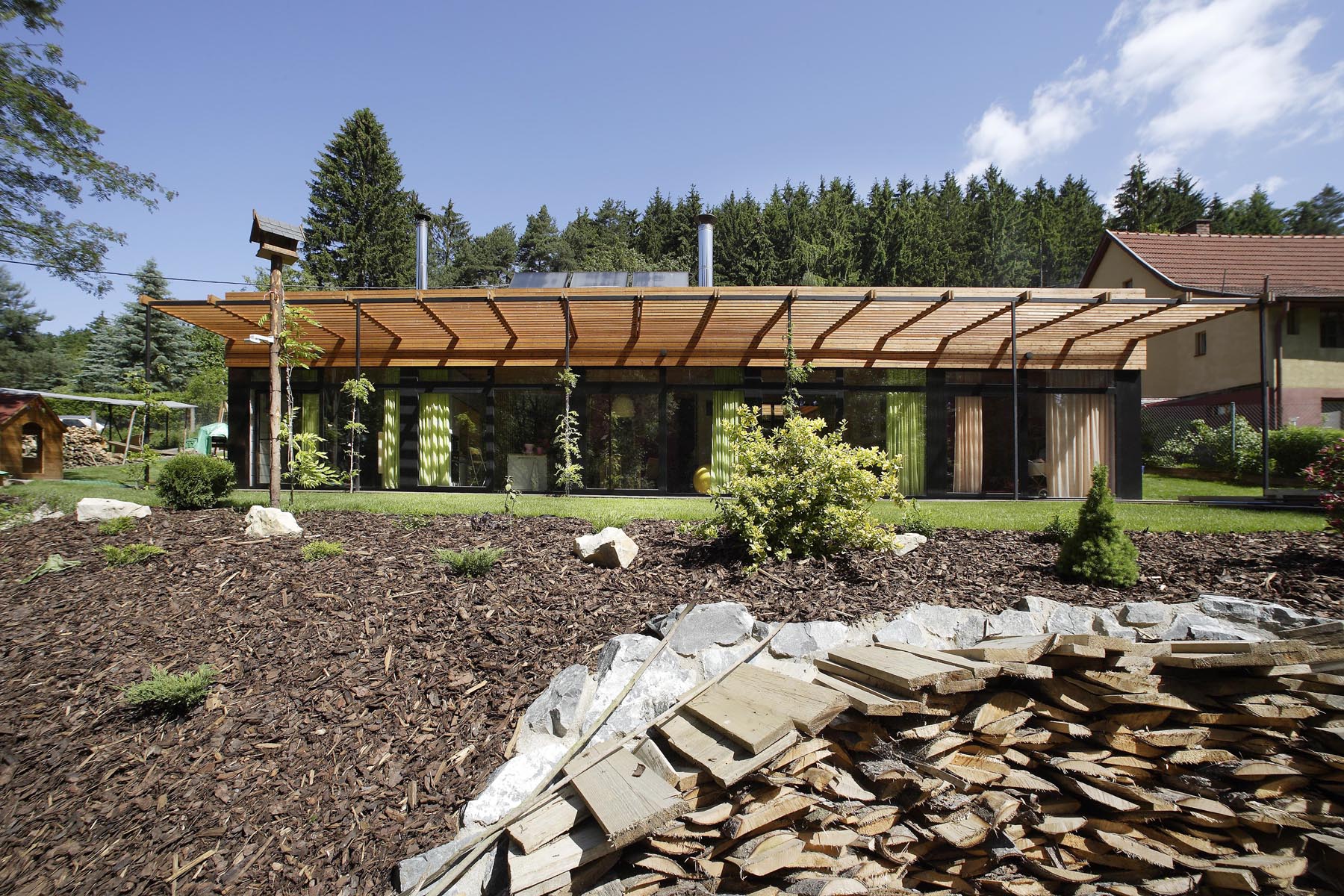 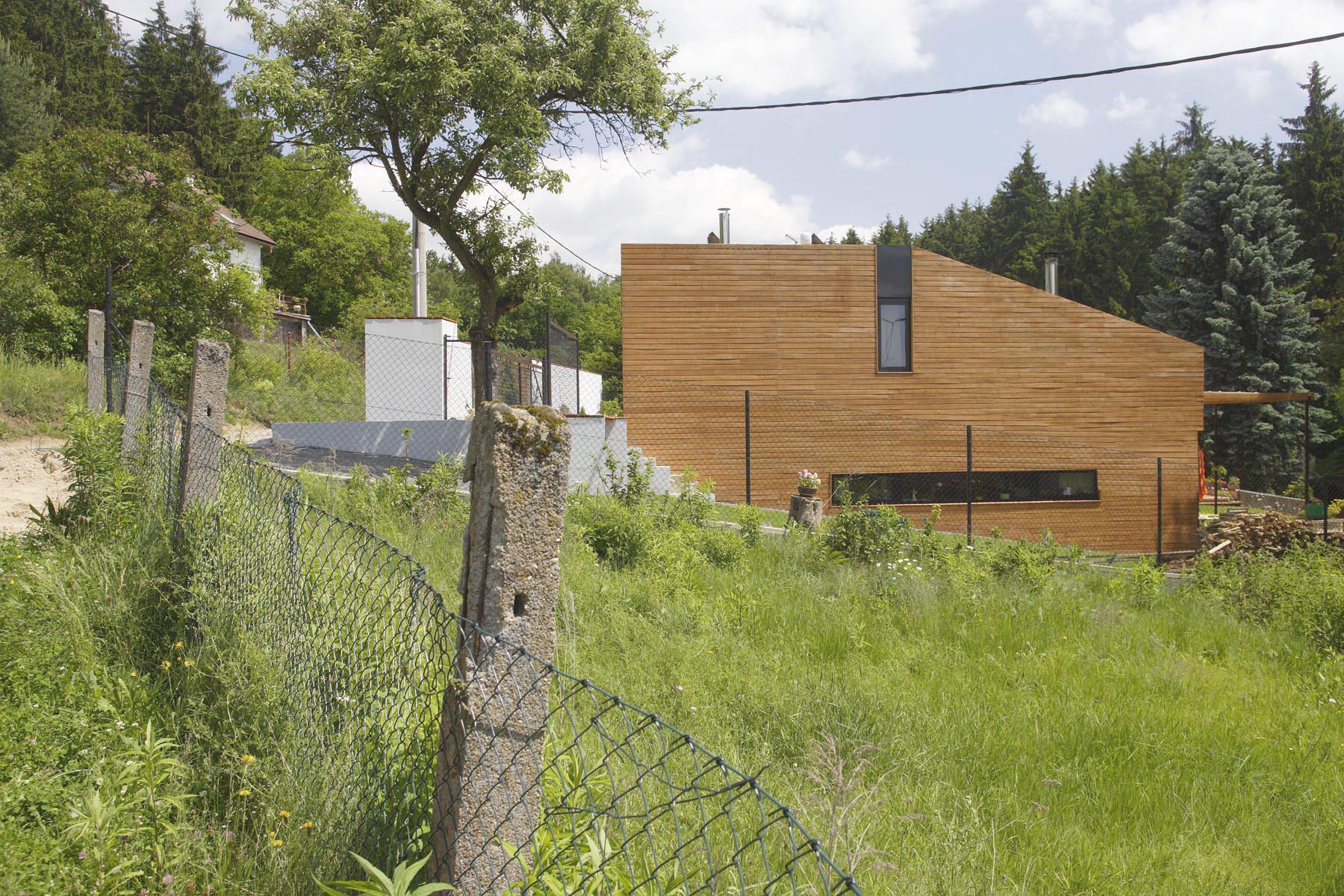 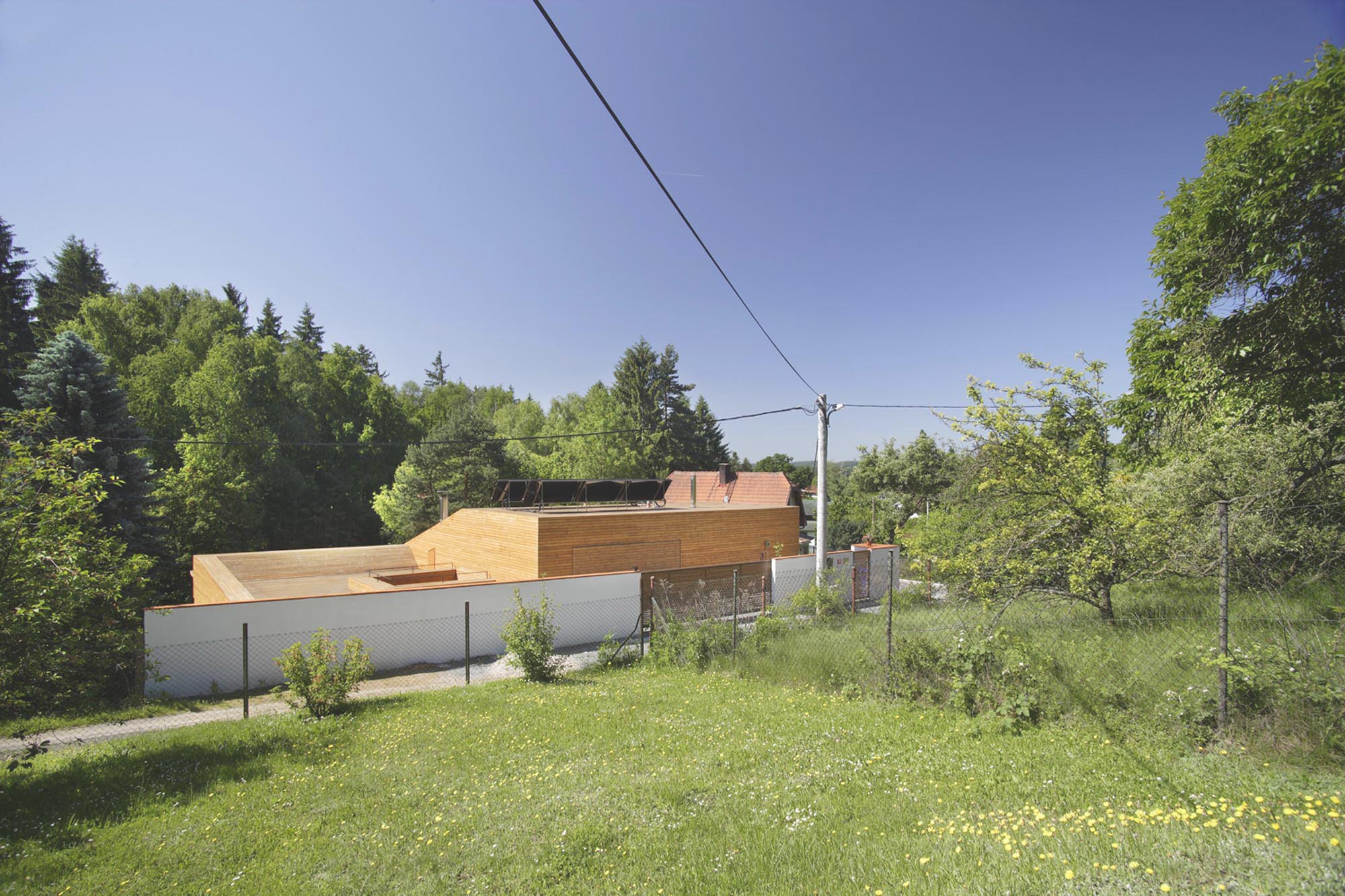 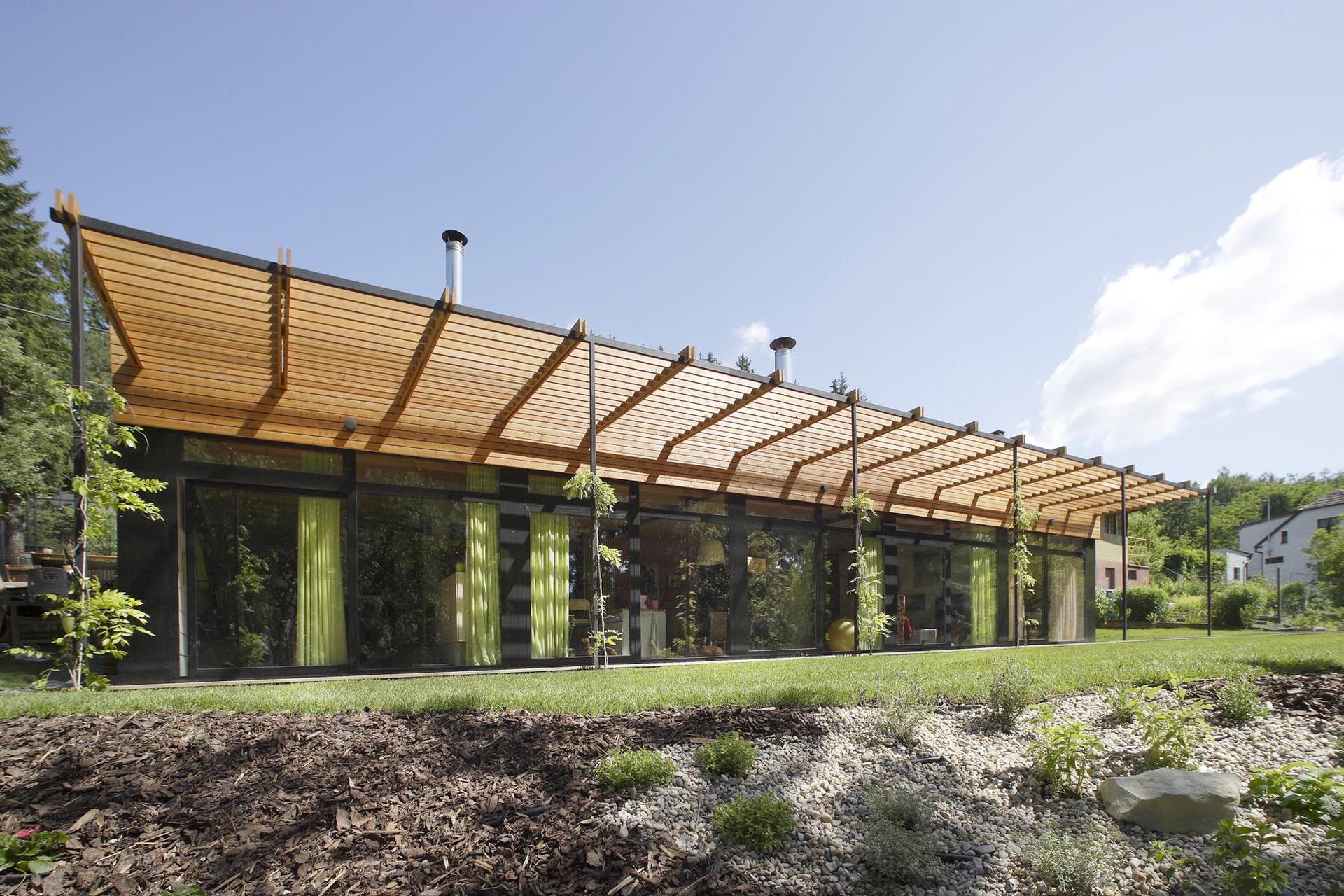 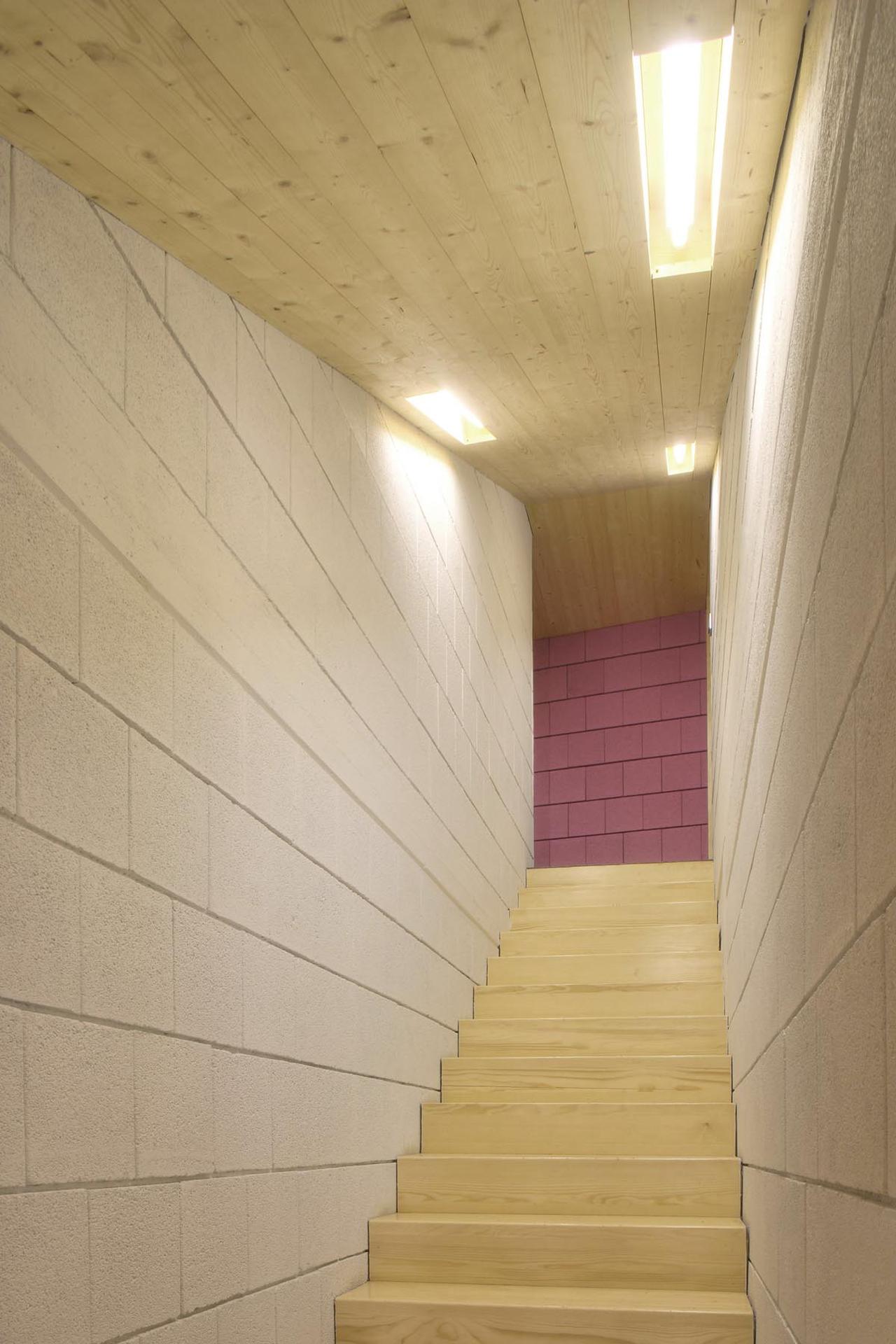 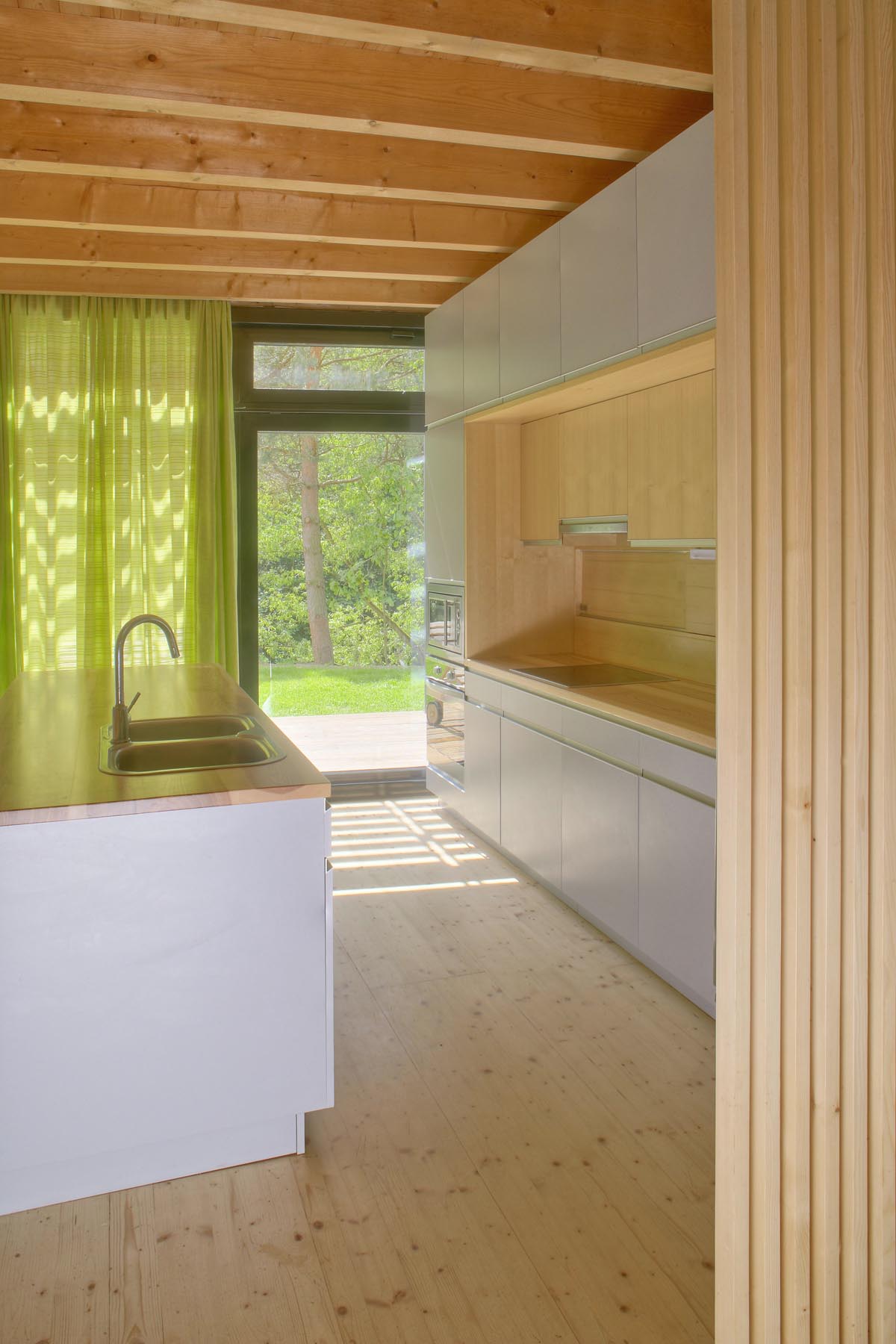 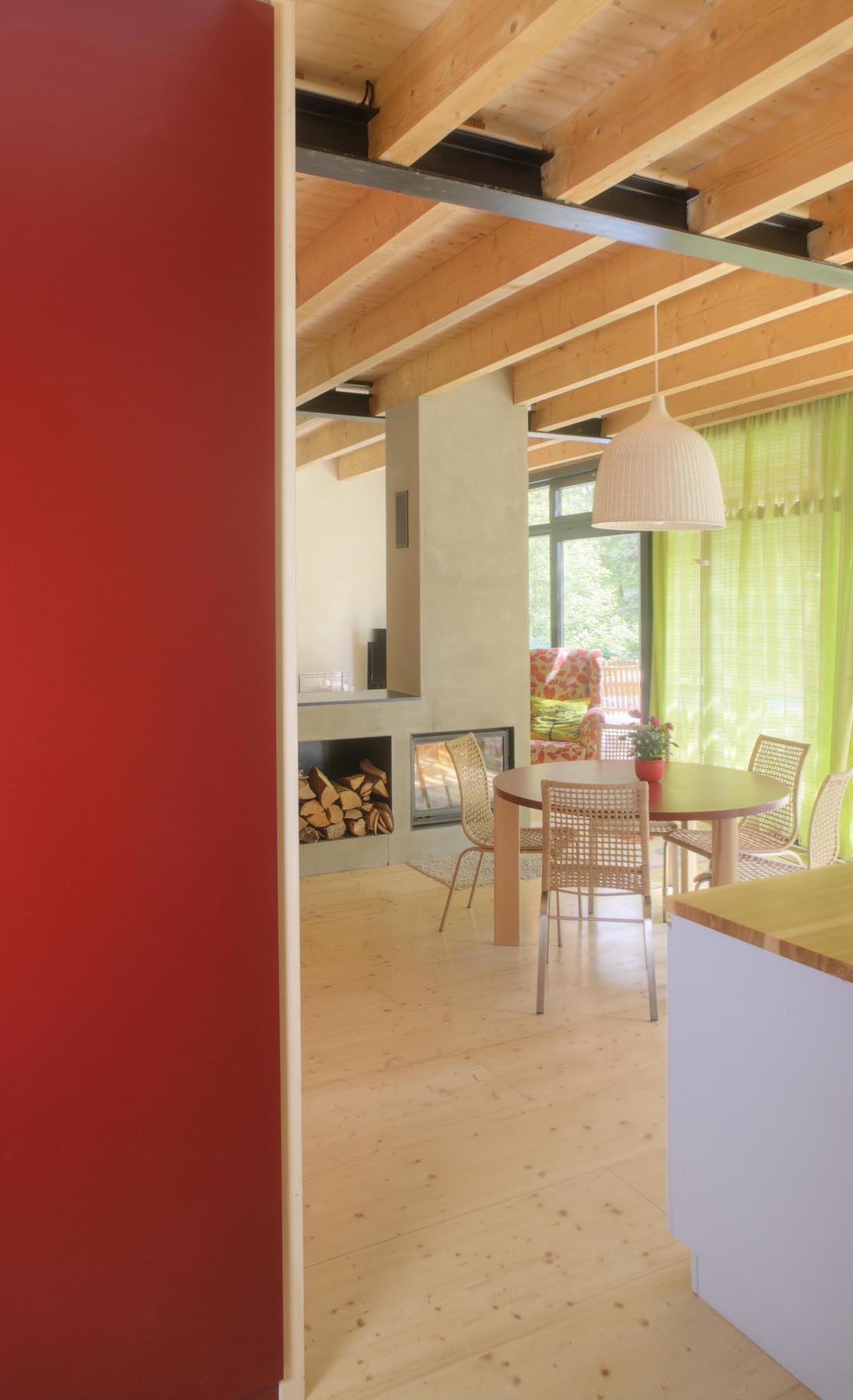 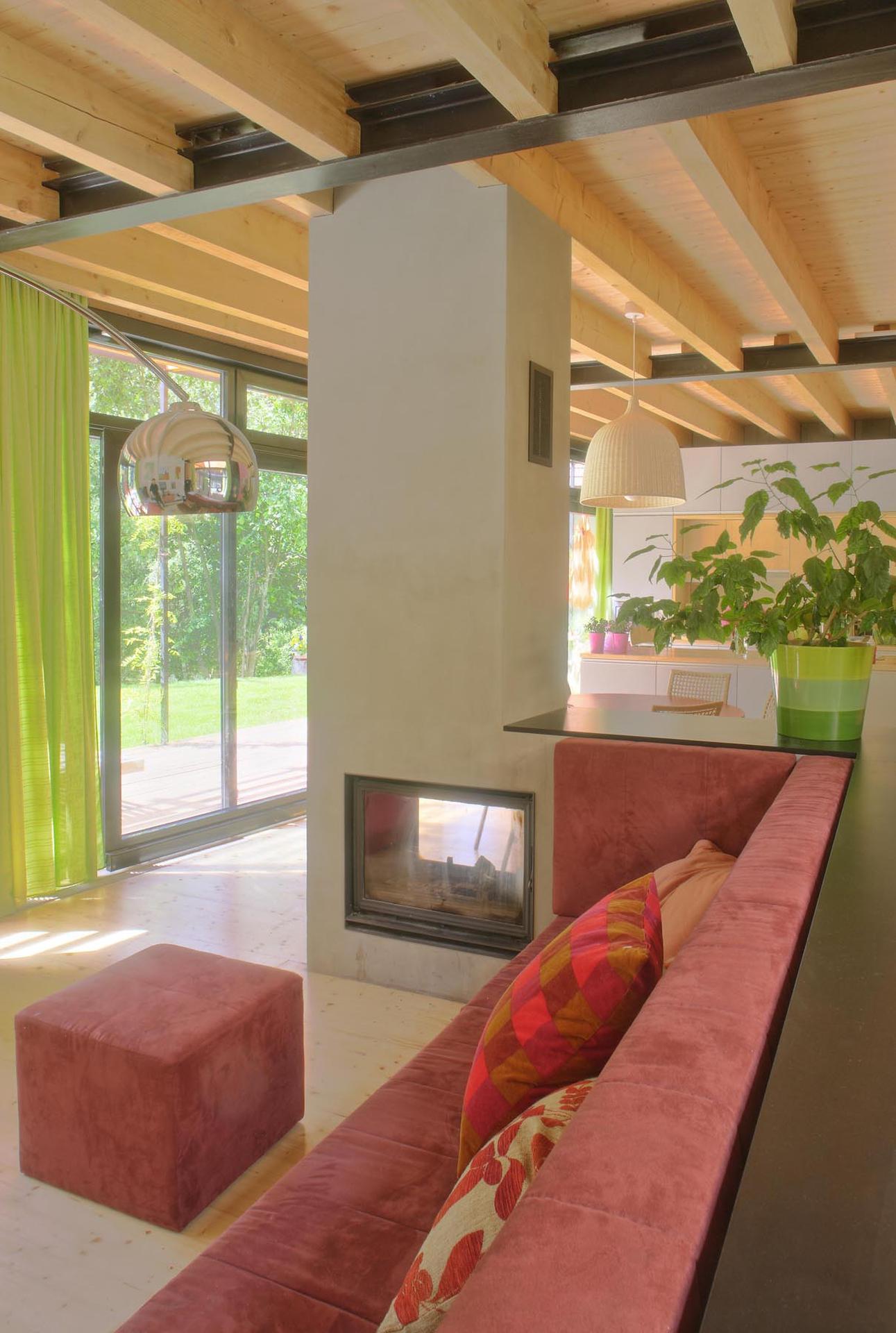 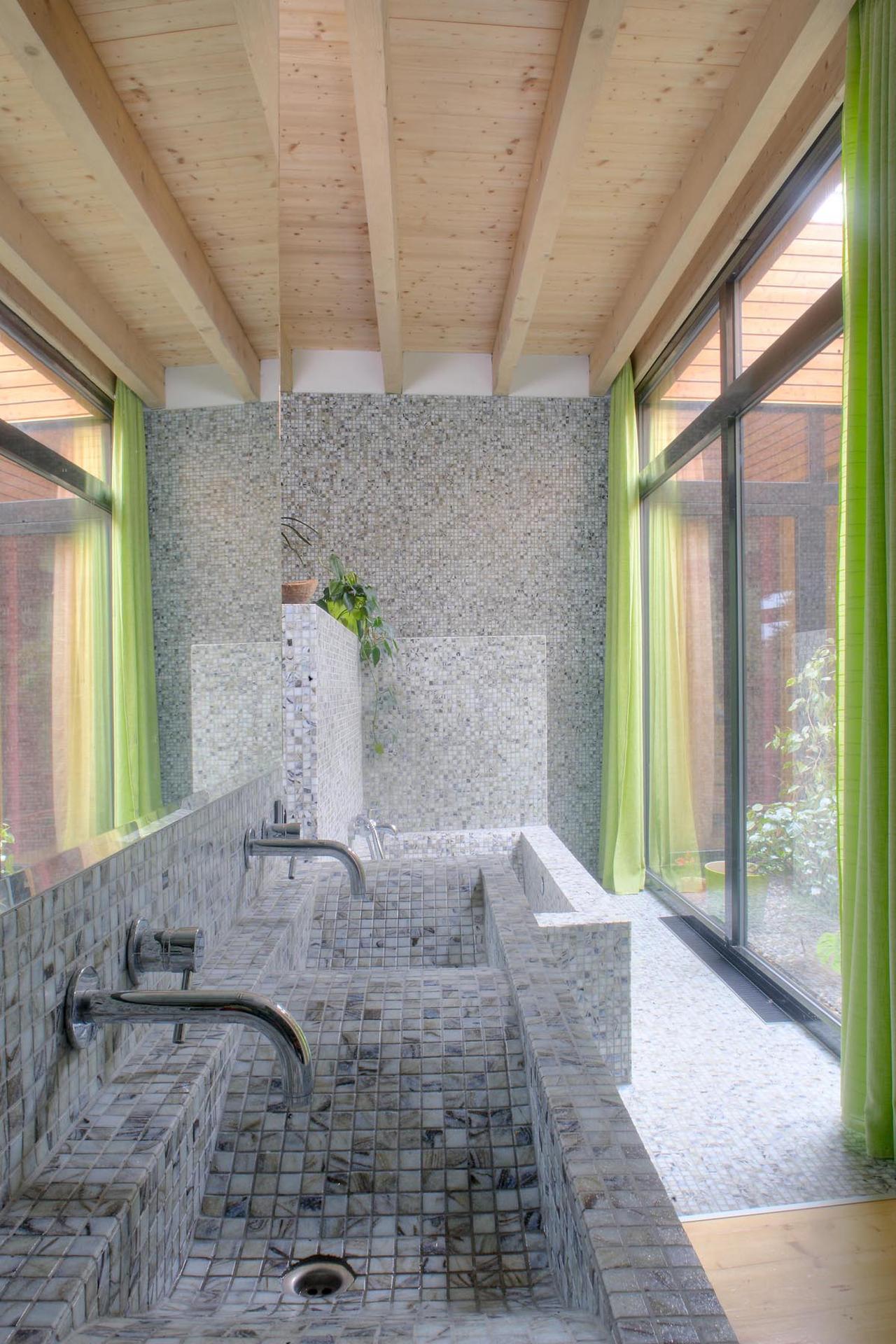 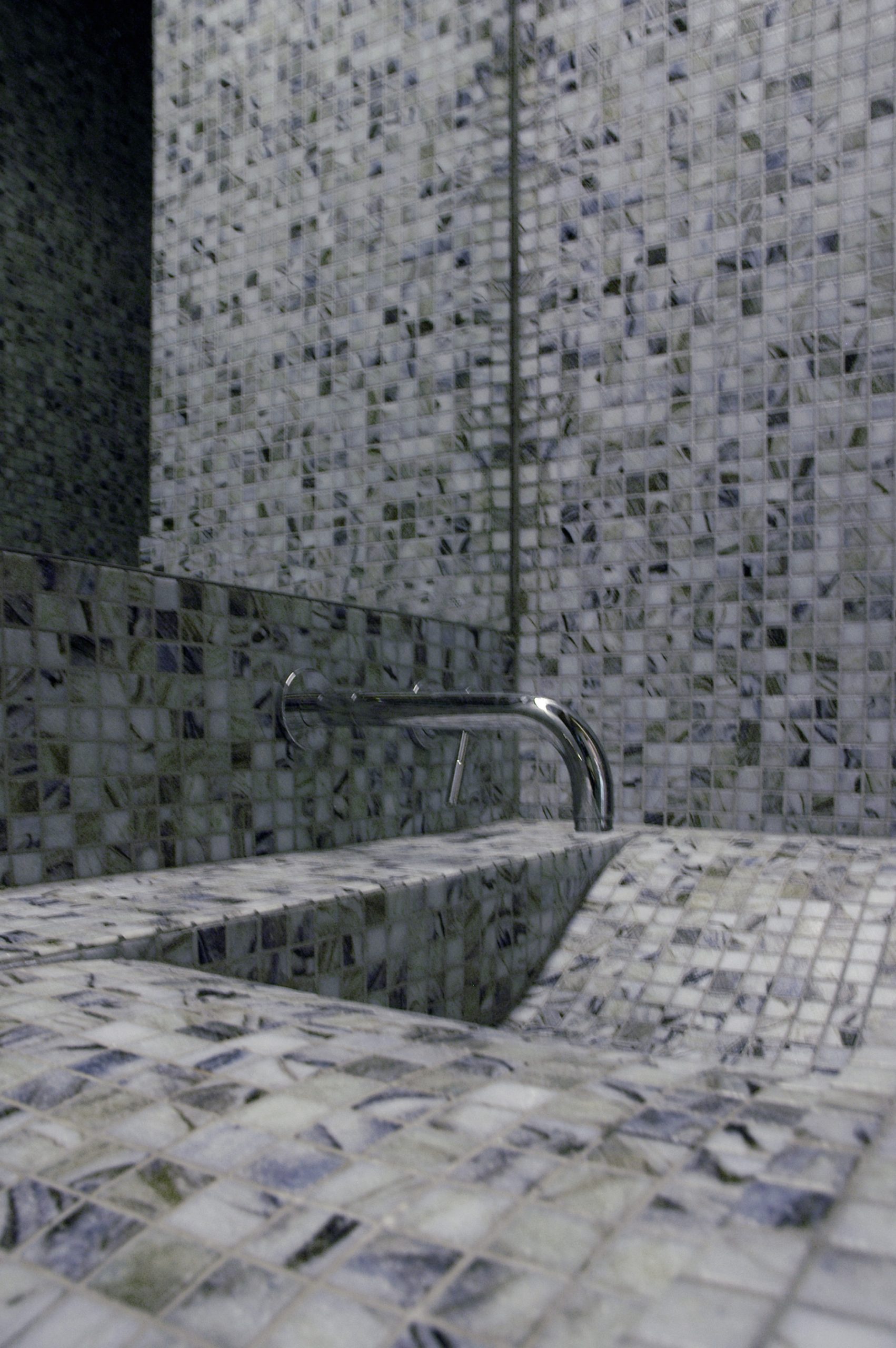 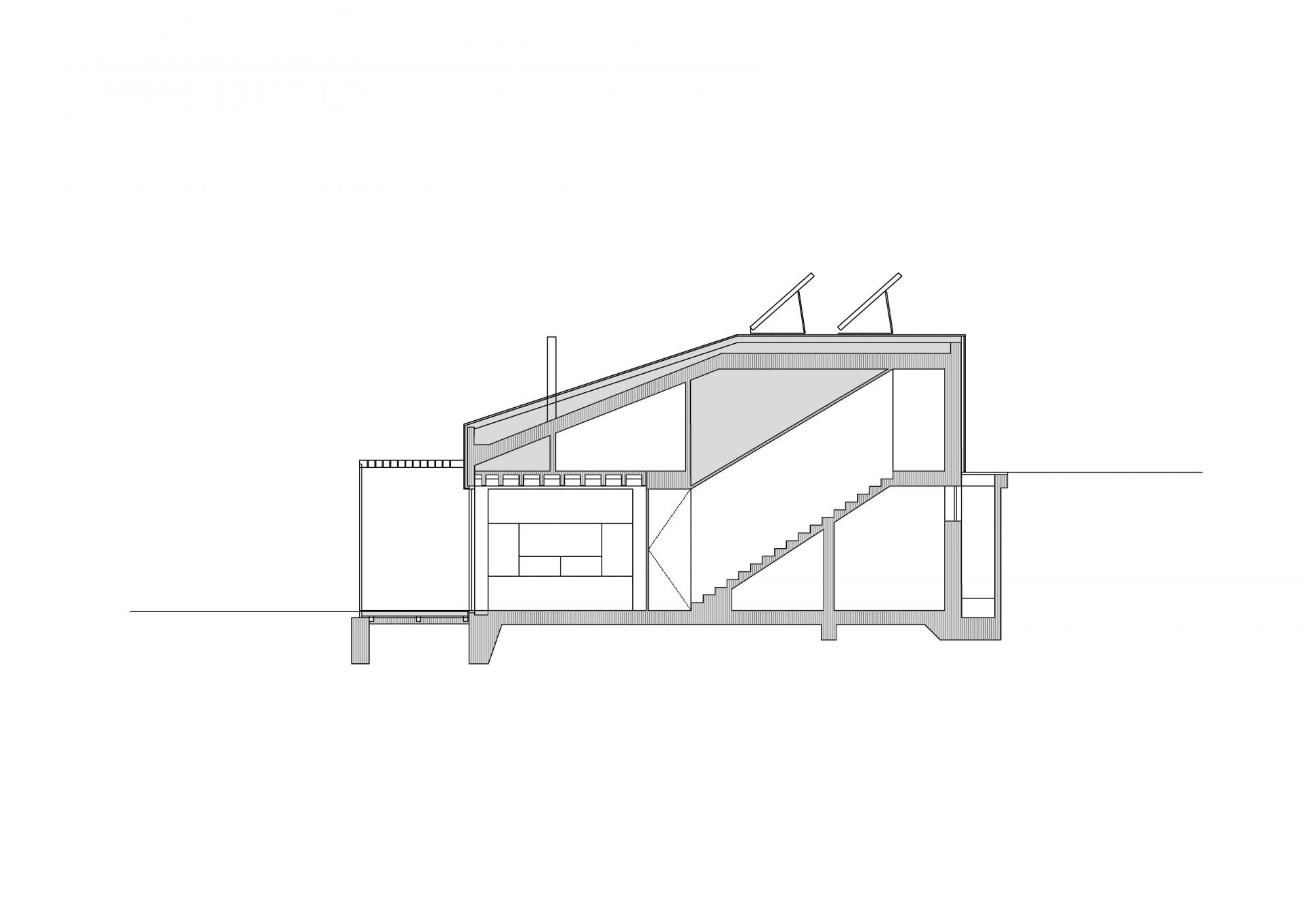