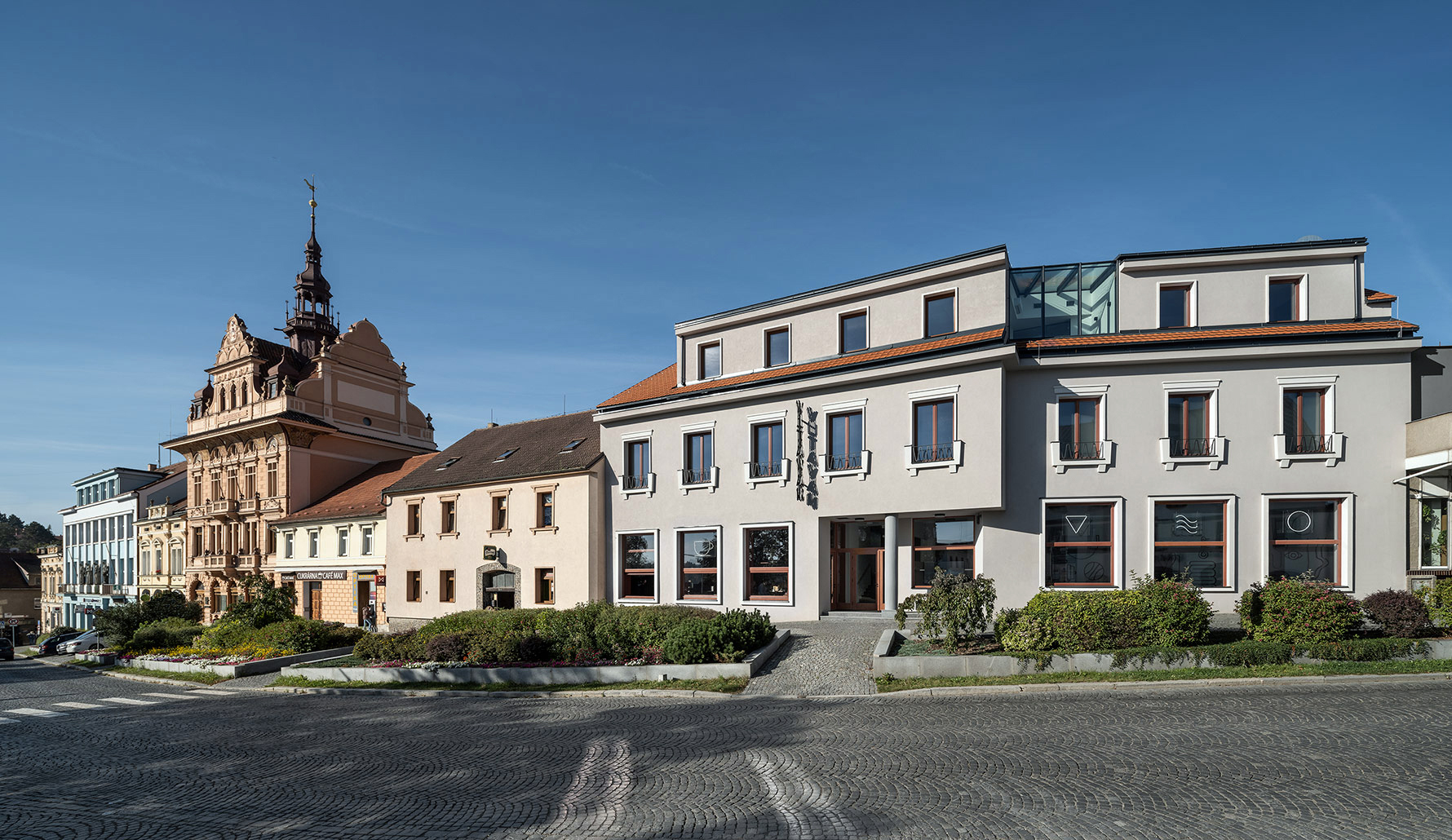 The author of the artwork in the cafe:

The hotel building was built at the turn of the 1950s on the Sedlčany square. It formed a quality part of the square from the urban and architectural point of view. The building with its courtyard wings used the entire site quite intensively for a restaurant, a ballroom, and hotel rooms. Still, for many years it was no longer in use and fell into disrepair.

The new owner, who approached us with a request for cooperation, decided to convert the hotel into a mixed-use municipal house that would enrich the social life of Sedlčany and its surroundings. It was his second non-profit project, along with establishing a theatre in the village of Dražkov. The building program included two multi-purpose interconnective halls, a fitness centre, a wellness centre, medical offices, a café, offices, and an apartment.

The conversion to the new function did not require extensive interventions into the load-bearing structures. The basic scheme of the original layout proved to be well utilizable. The eastern façade facing the square was retained in its original form except for one glazed dormer. At the same time, a local extension with a two-storey residential unit was added to the western courtyard façade. Our work intended to exploit the simple, unadorned qualities of the original building, including its interiors, for the new function and to integrate original artisan details, although this is far from a case worth of conservation.

The new entrance hall includes a restored inlay by Bohumír Matal. In addition, there is a mural by Patrik Hábl in the new café facing the square (with a plan to modify one section of the public space for outdoor seating in the future). 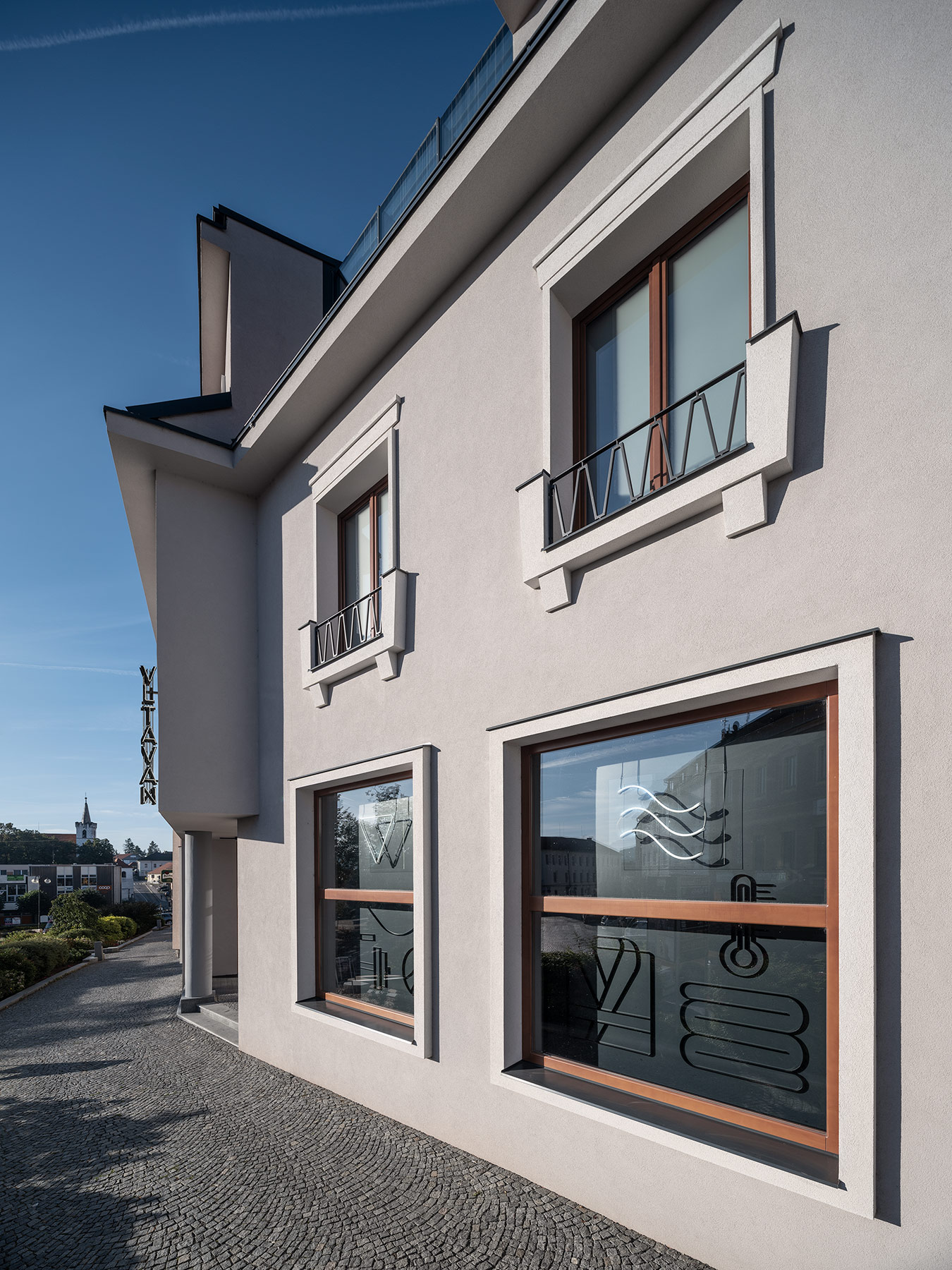 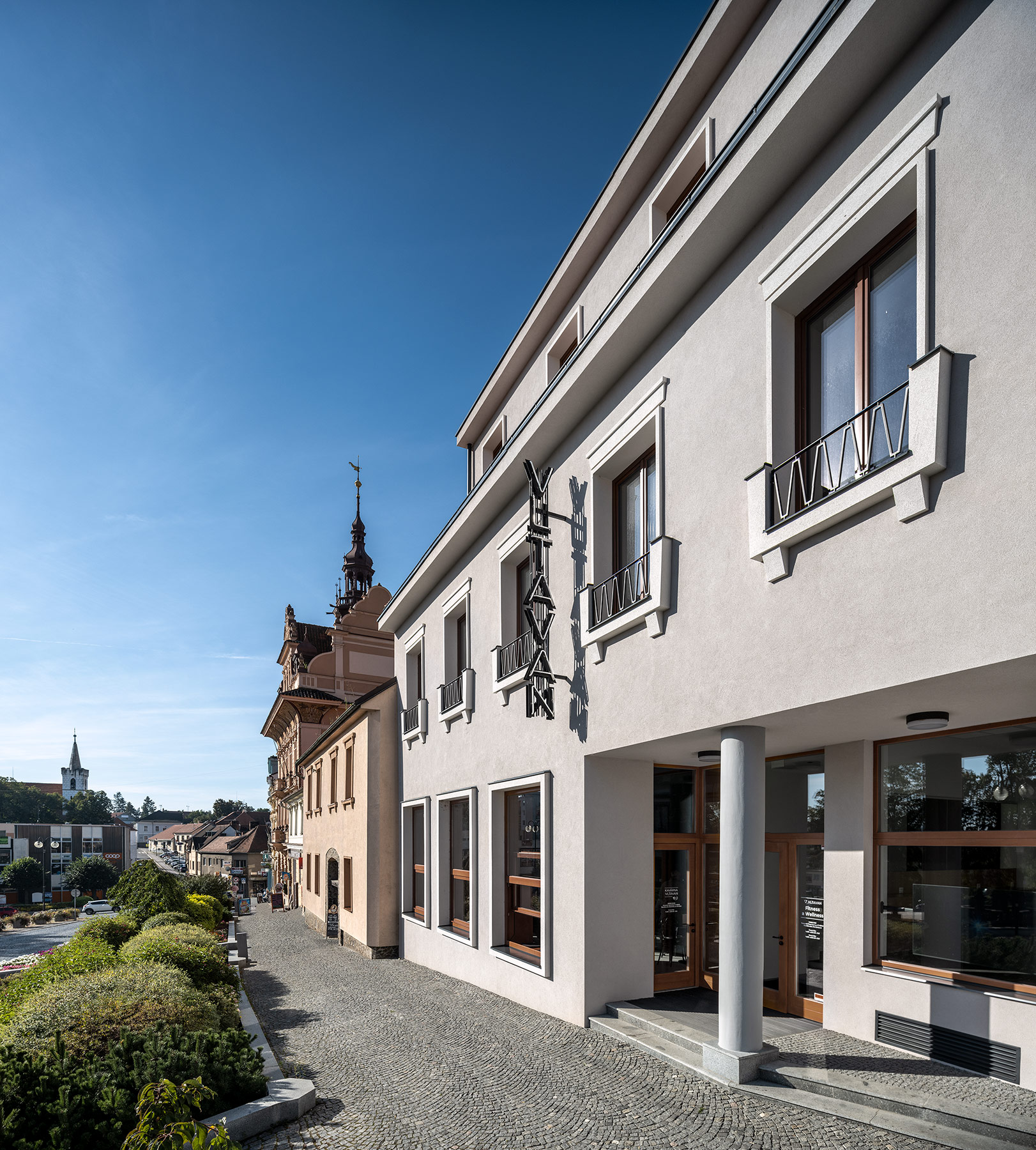 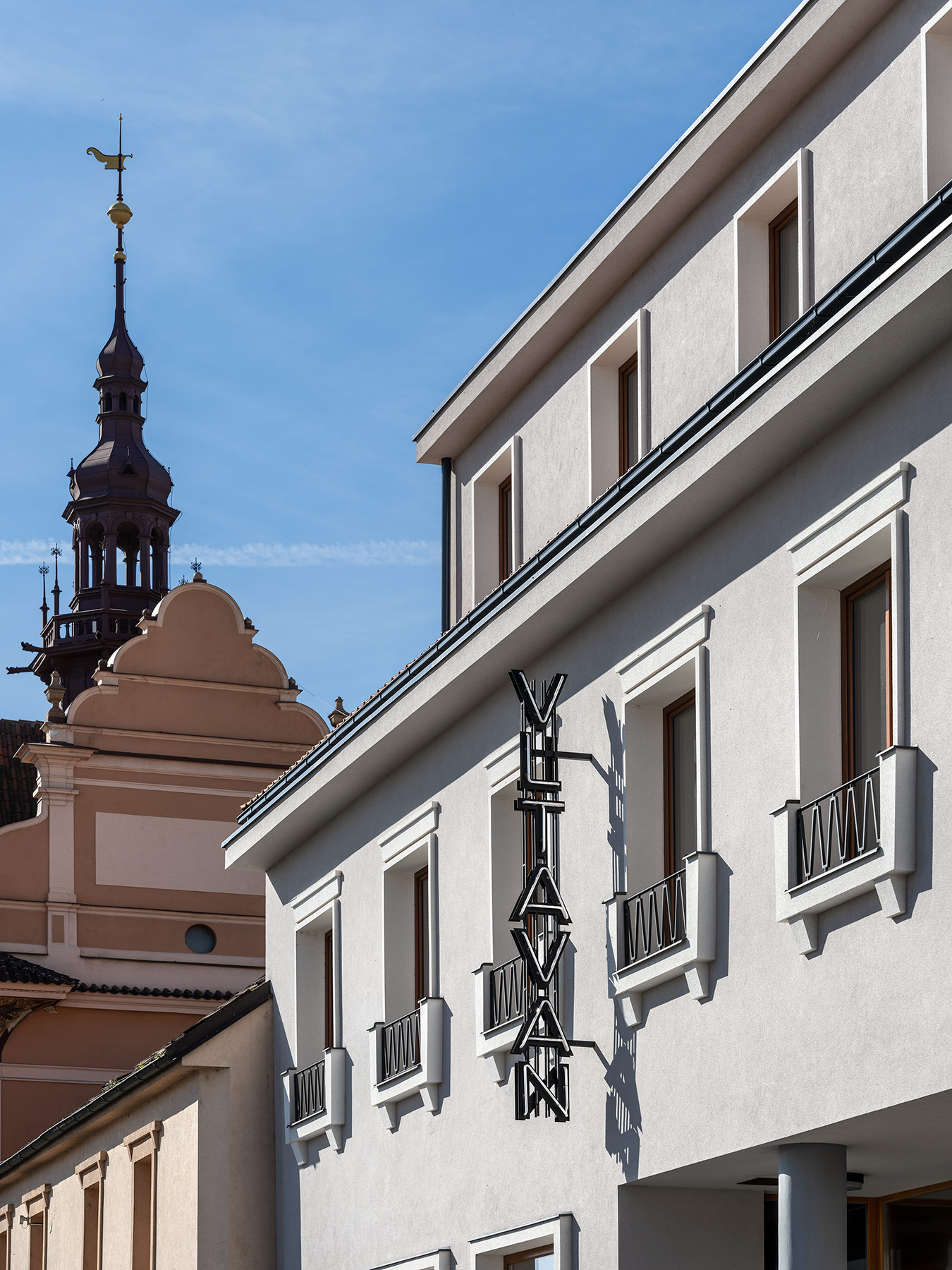 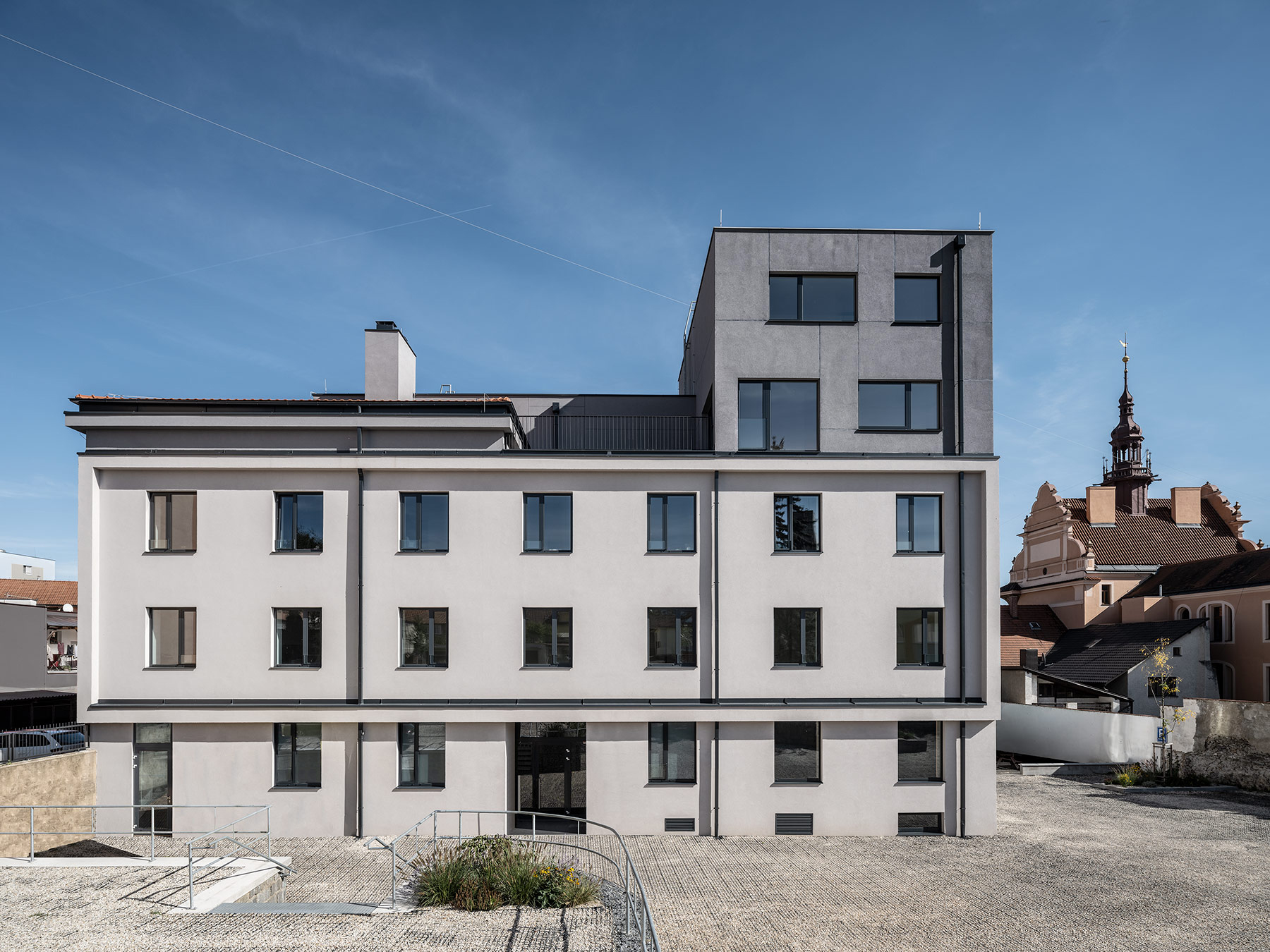 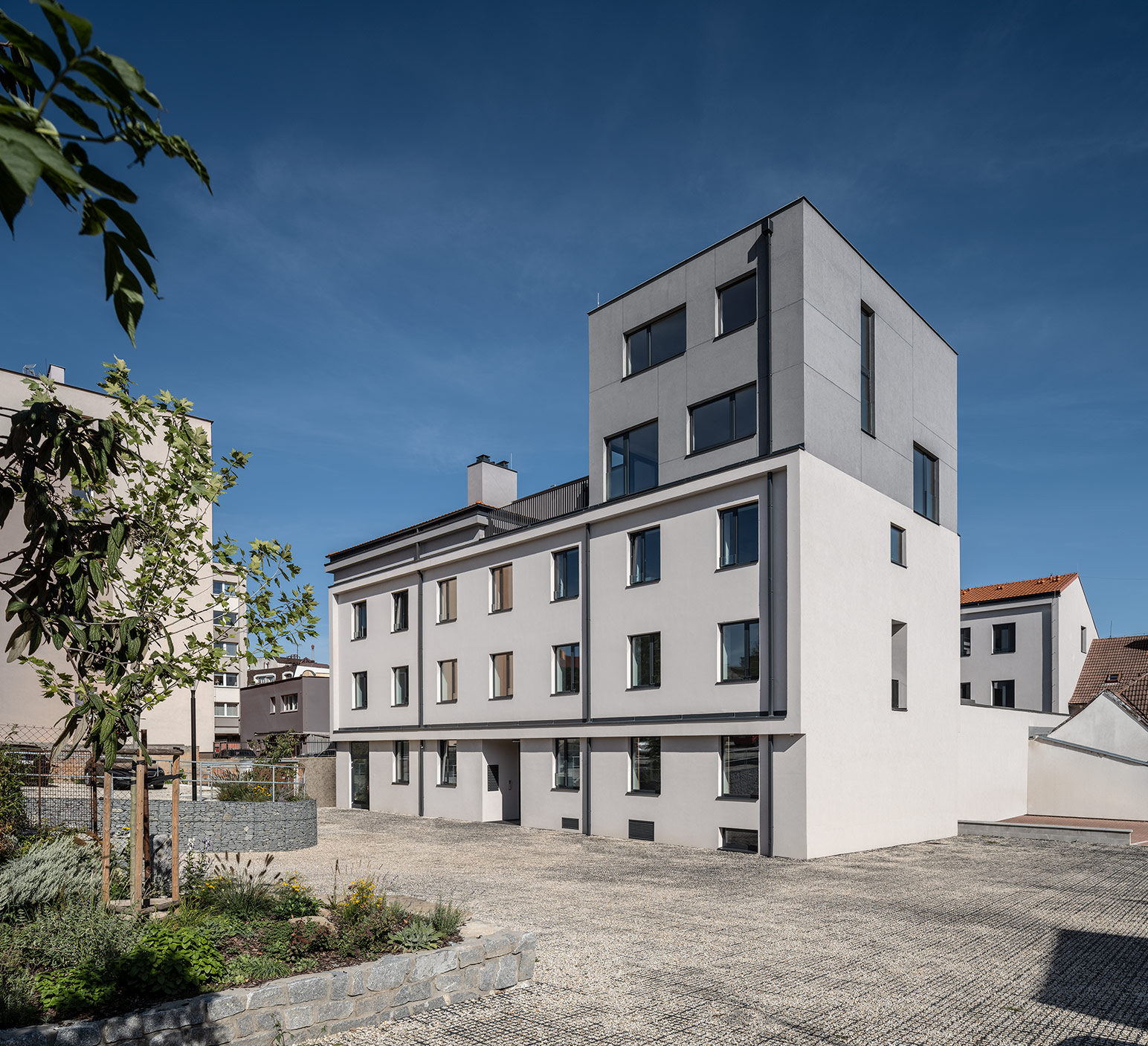 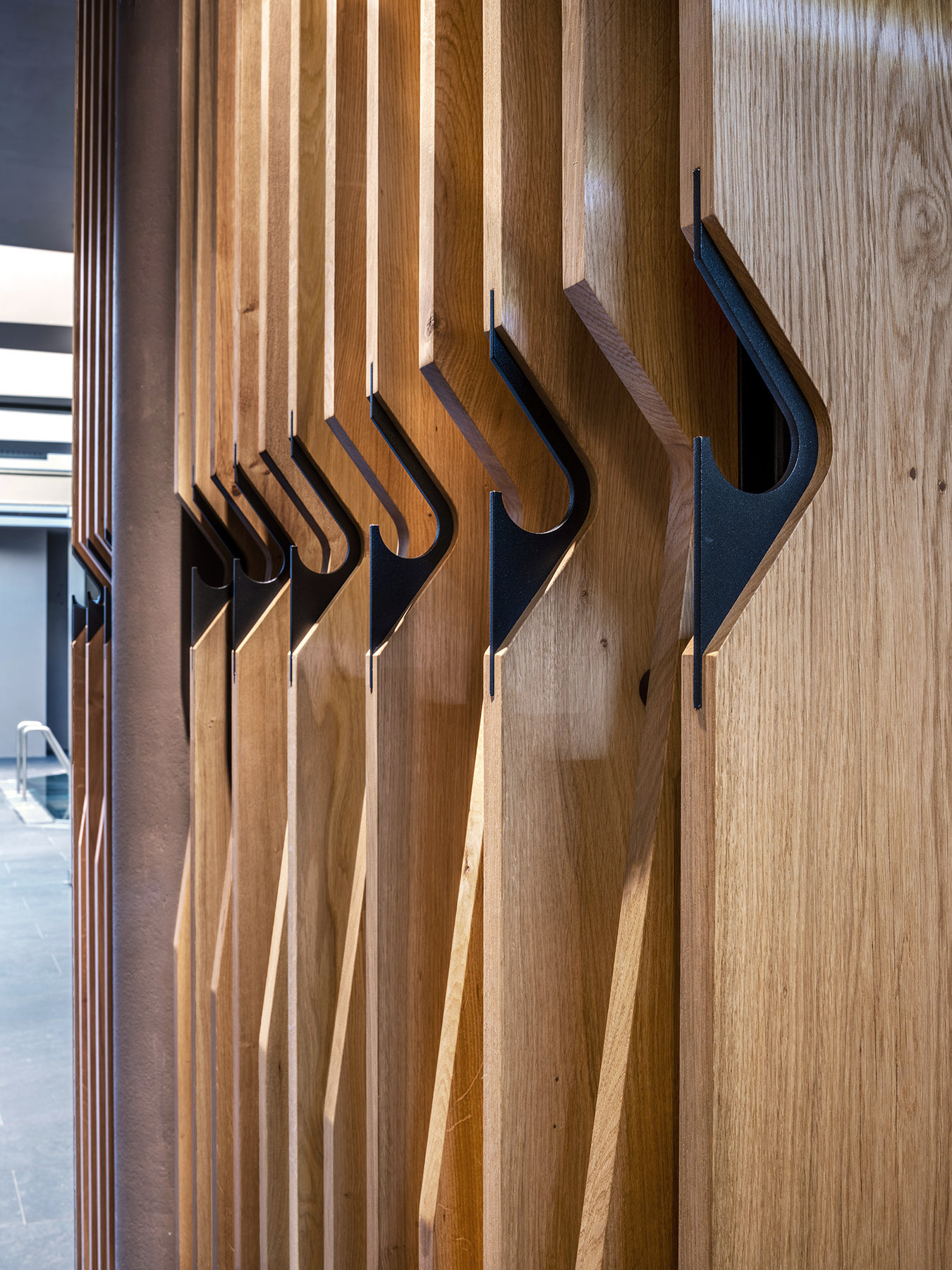 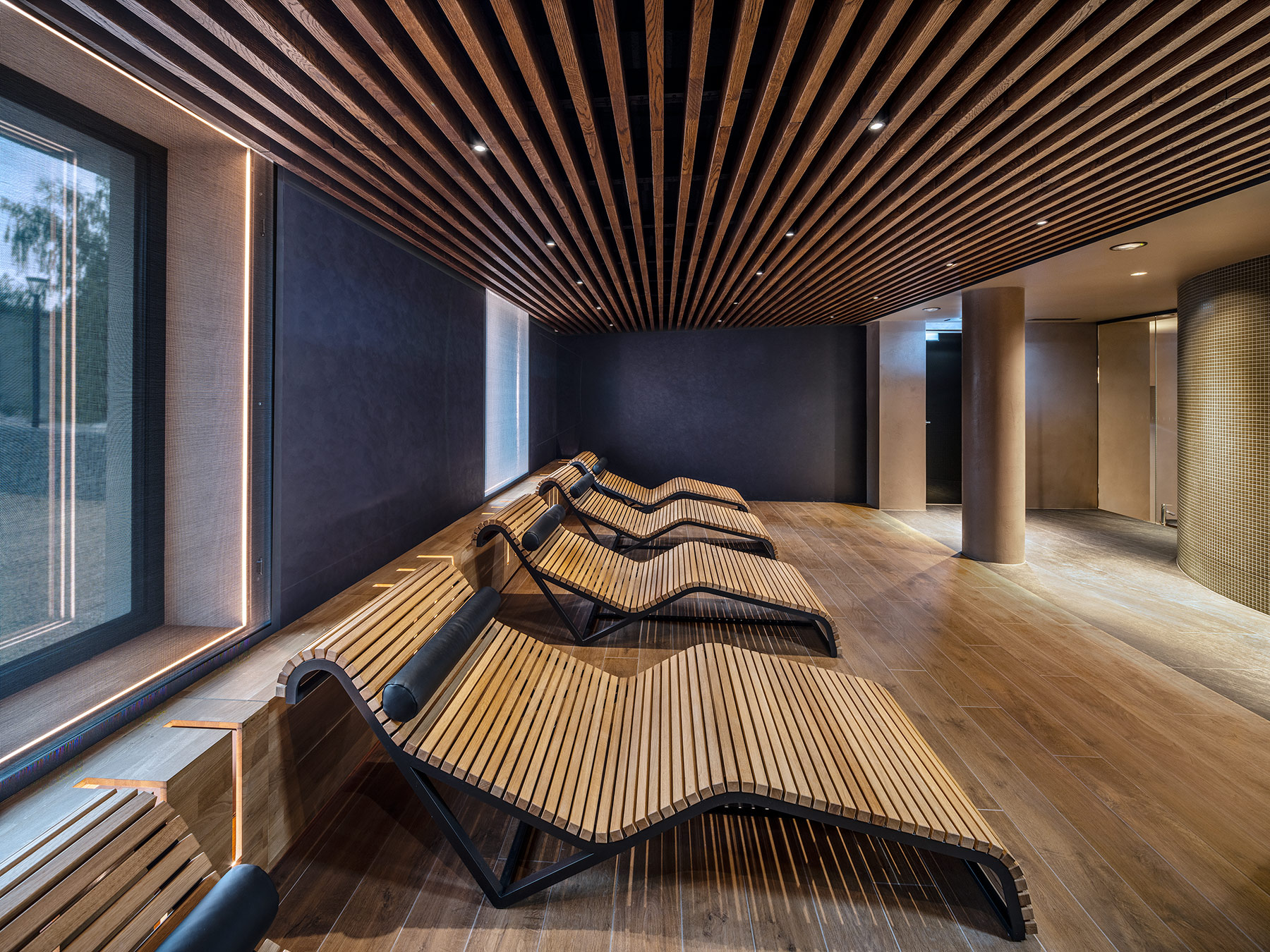 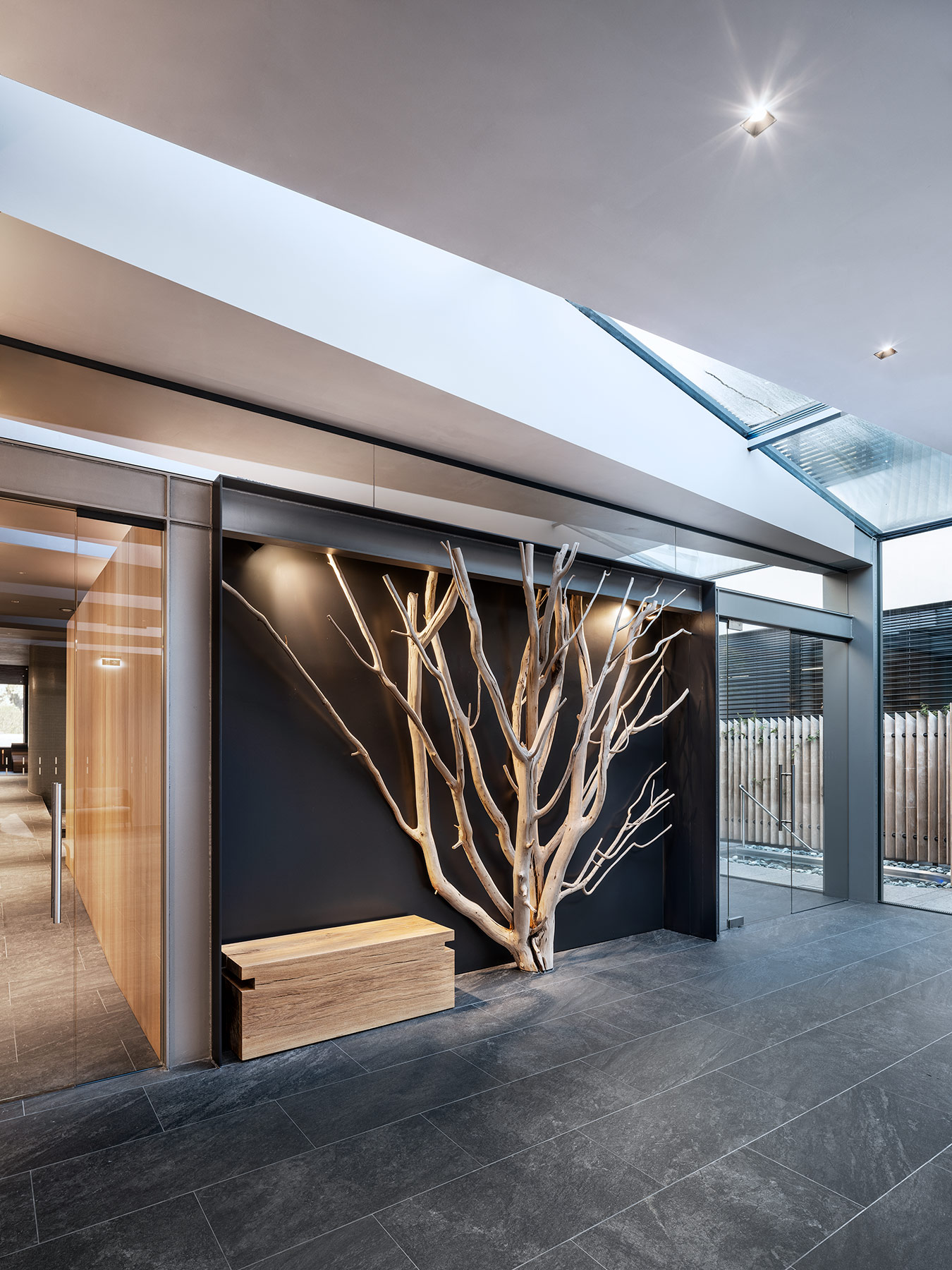 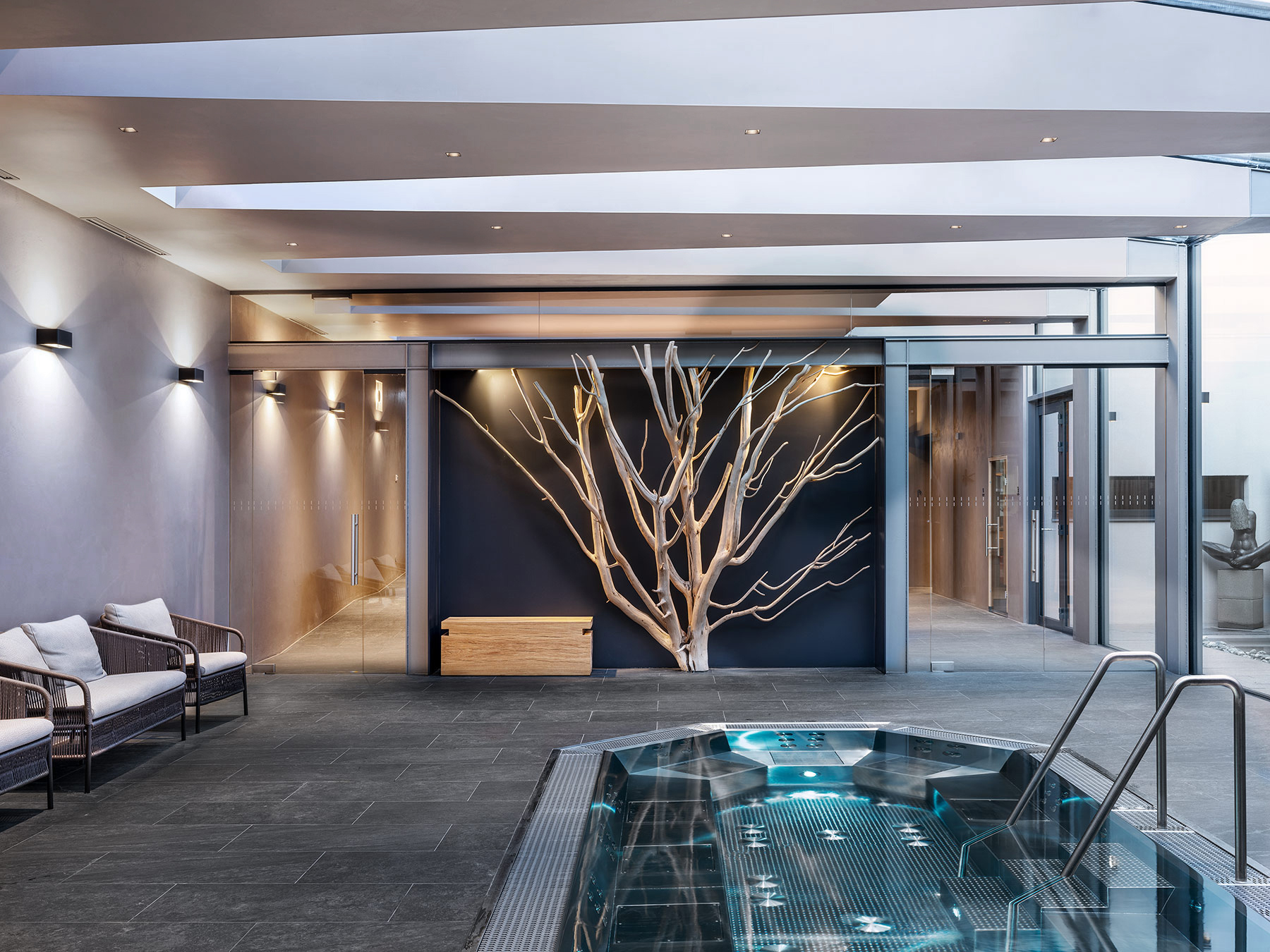 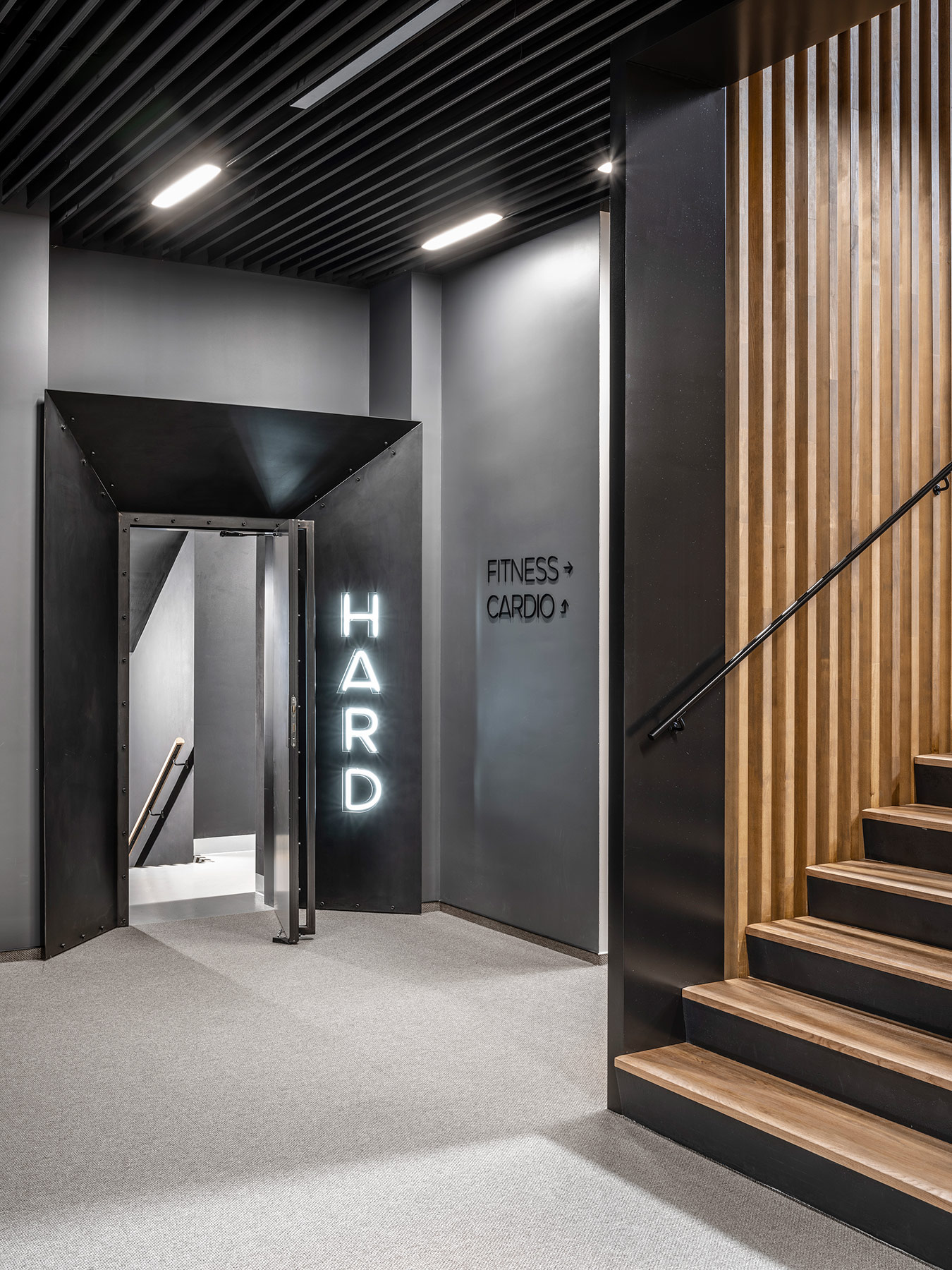 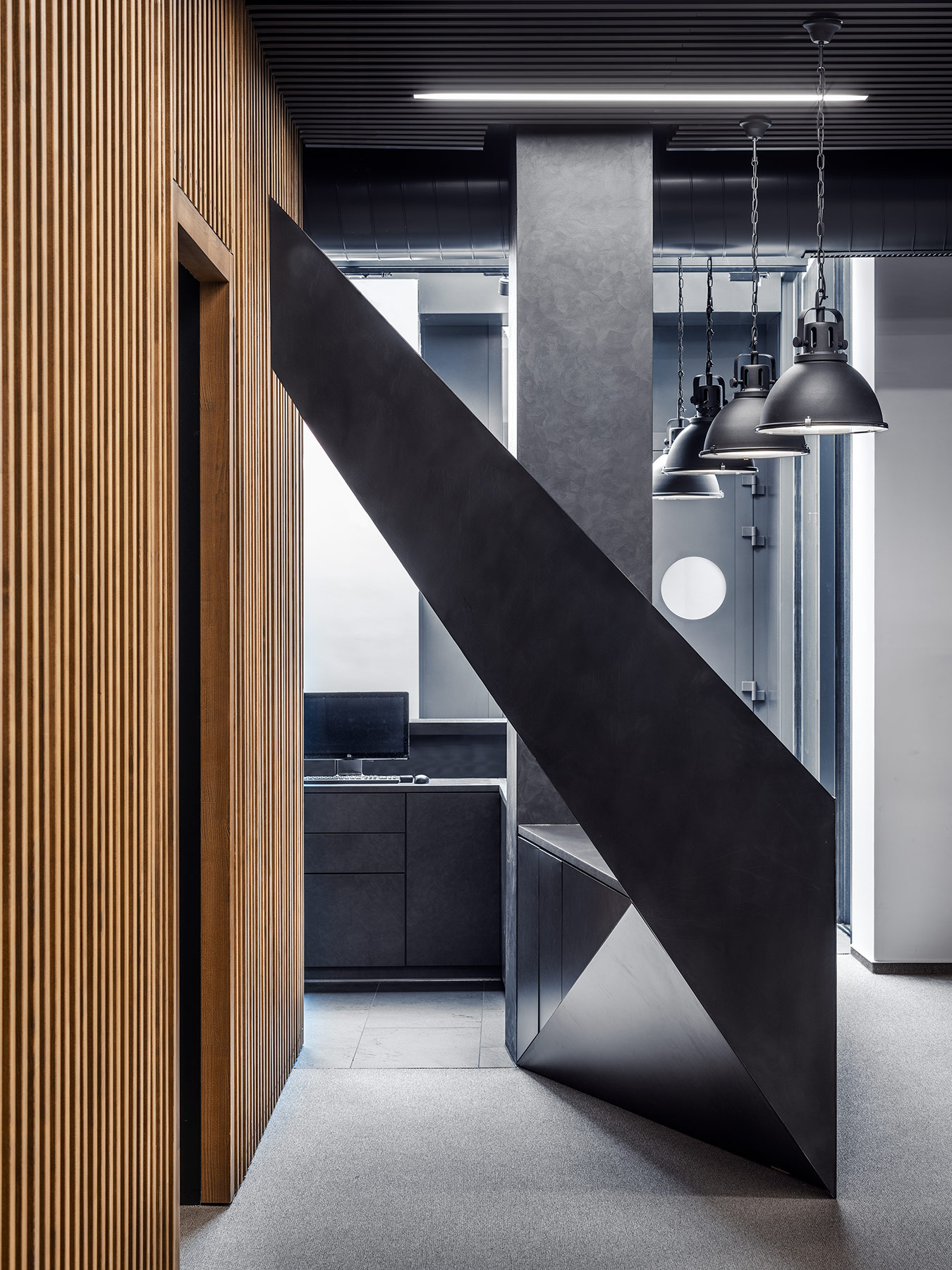 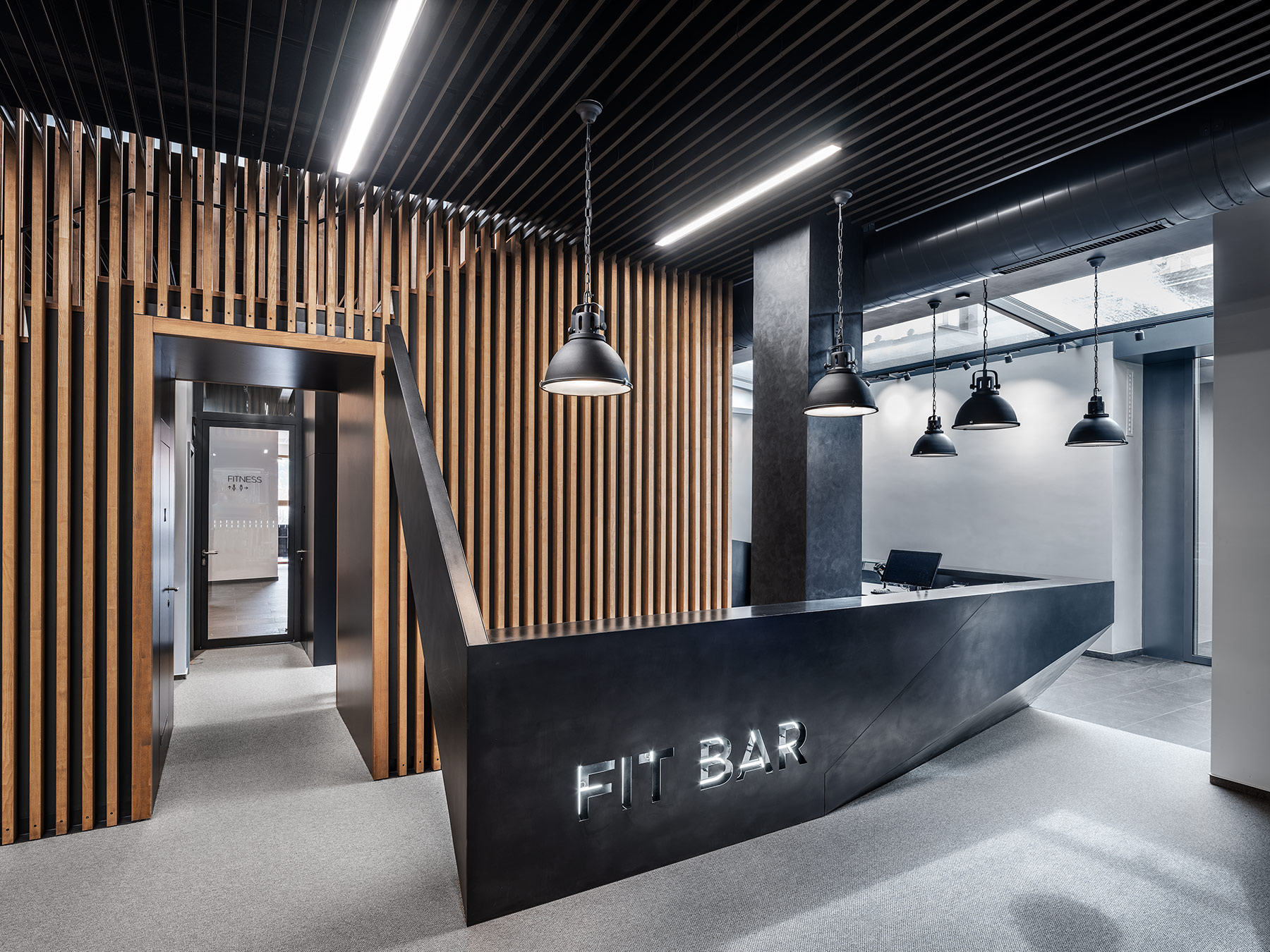 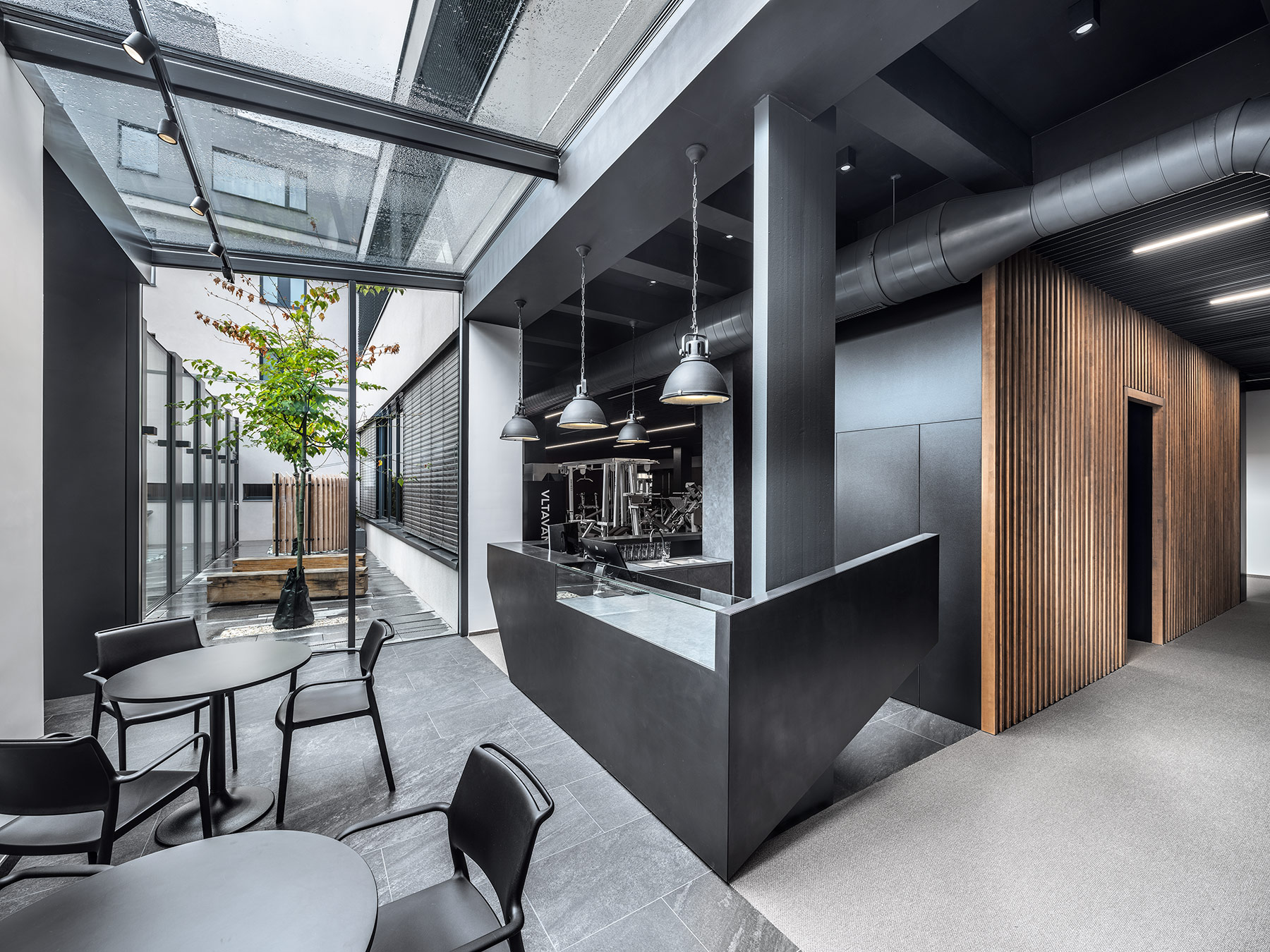 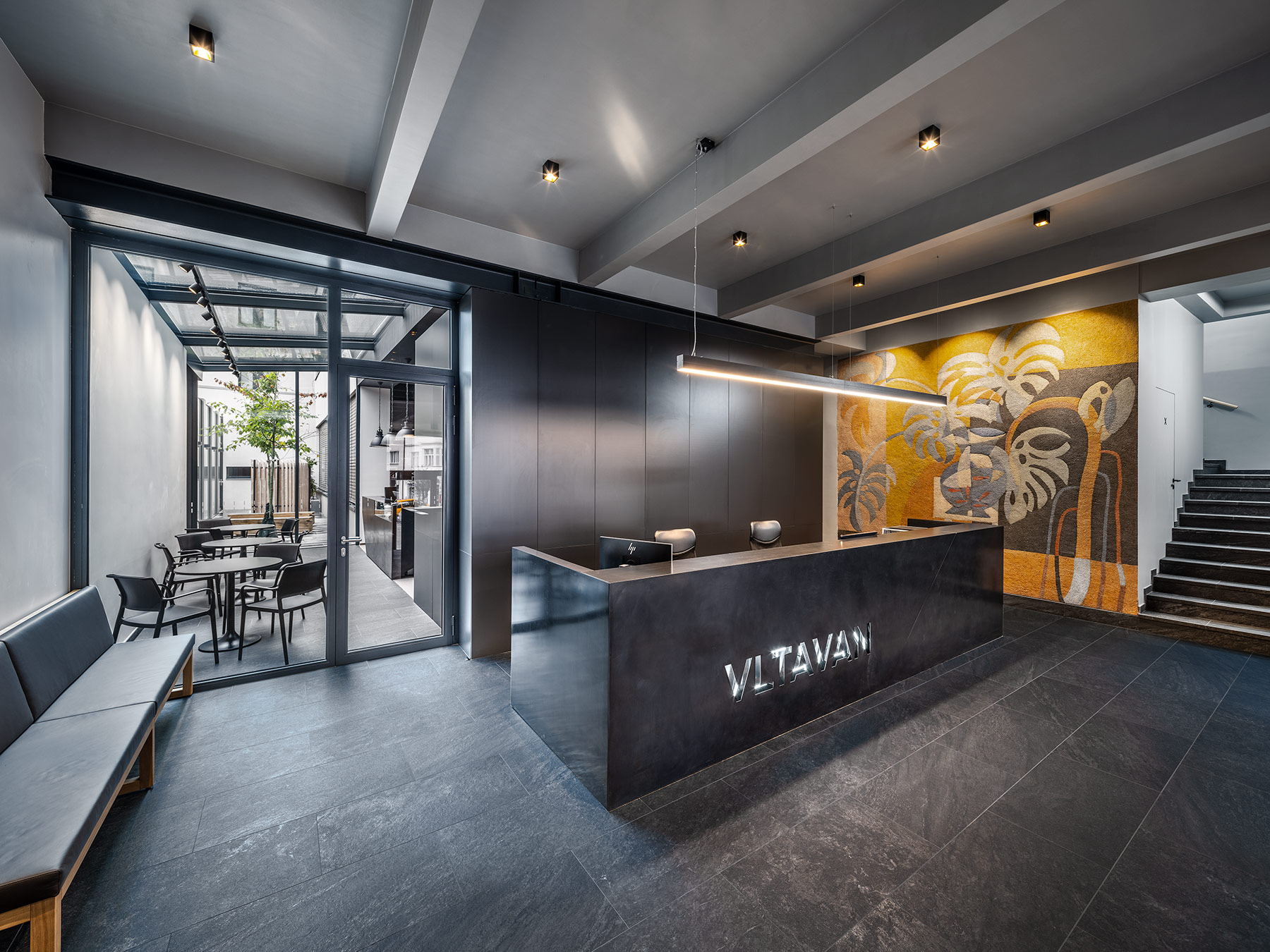 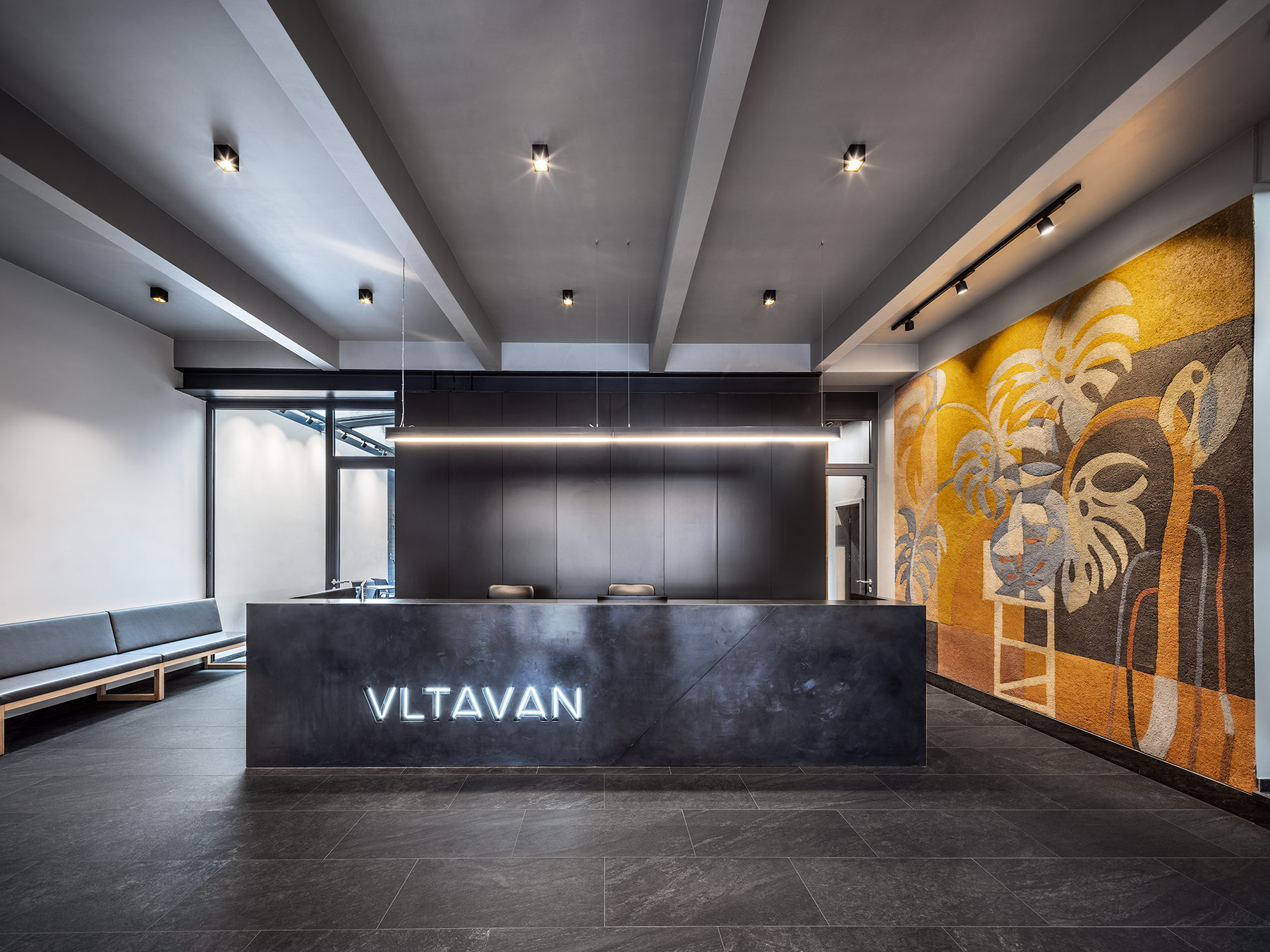 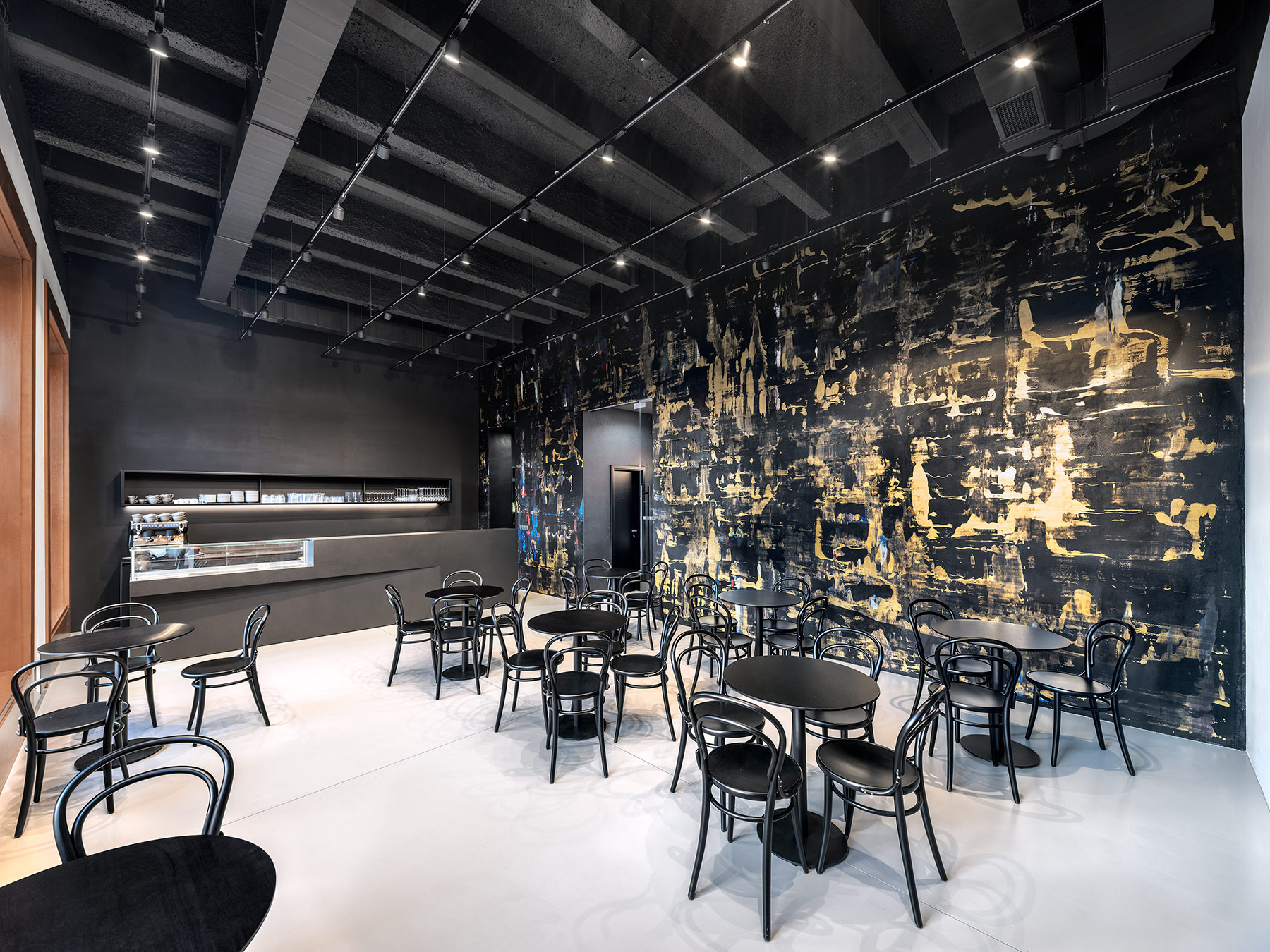 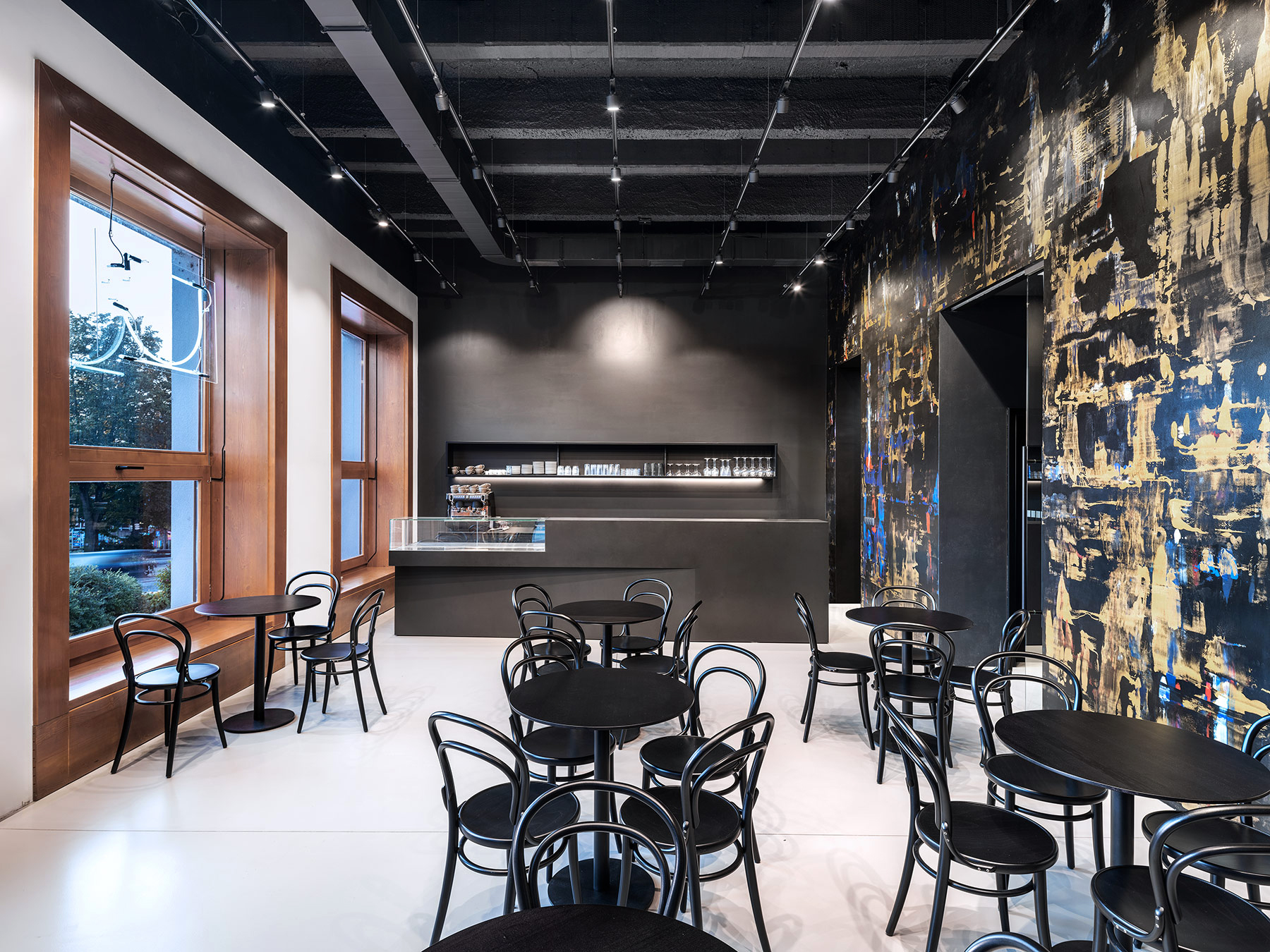 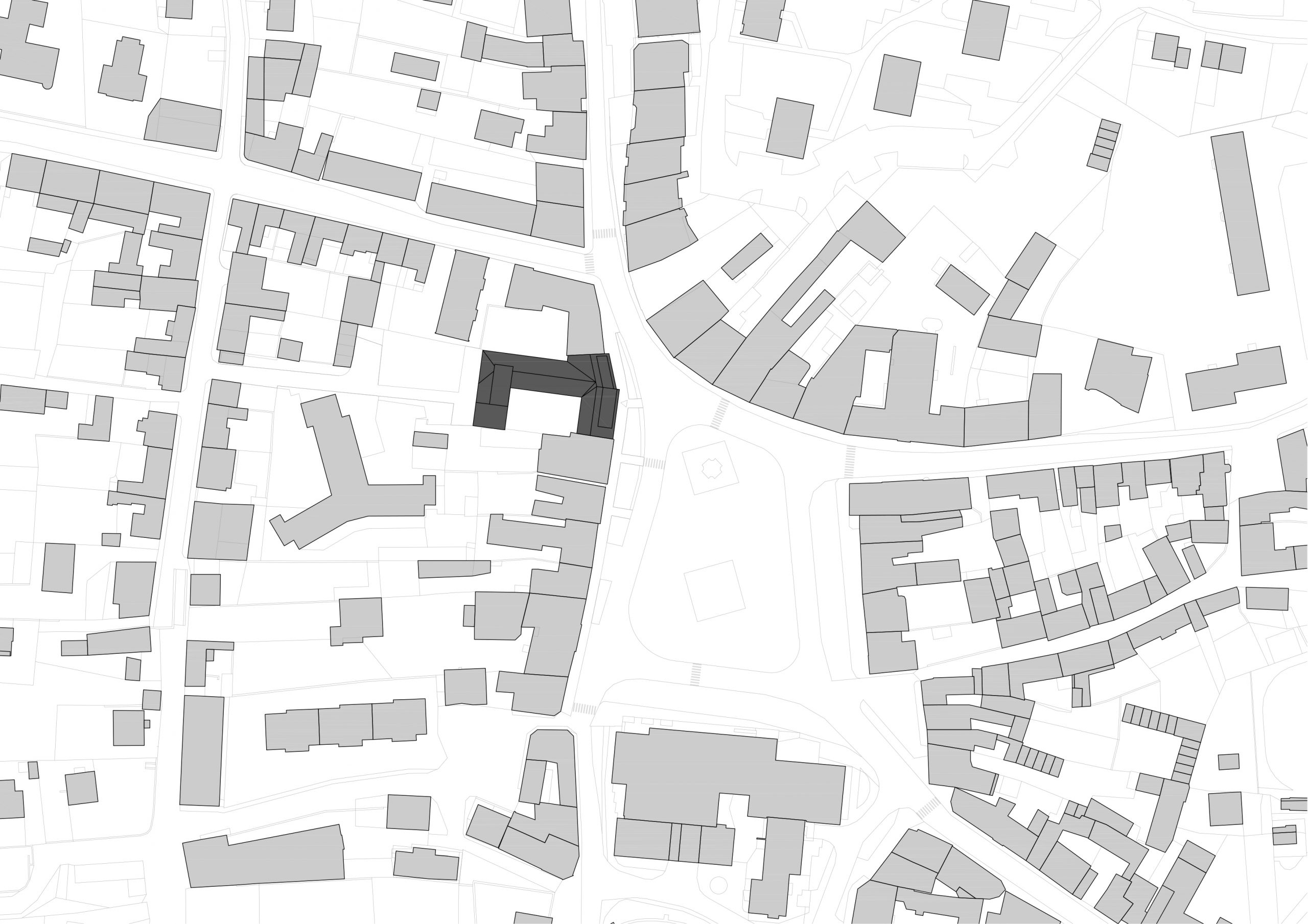 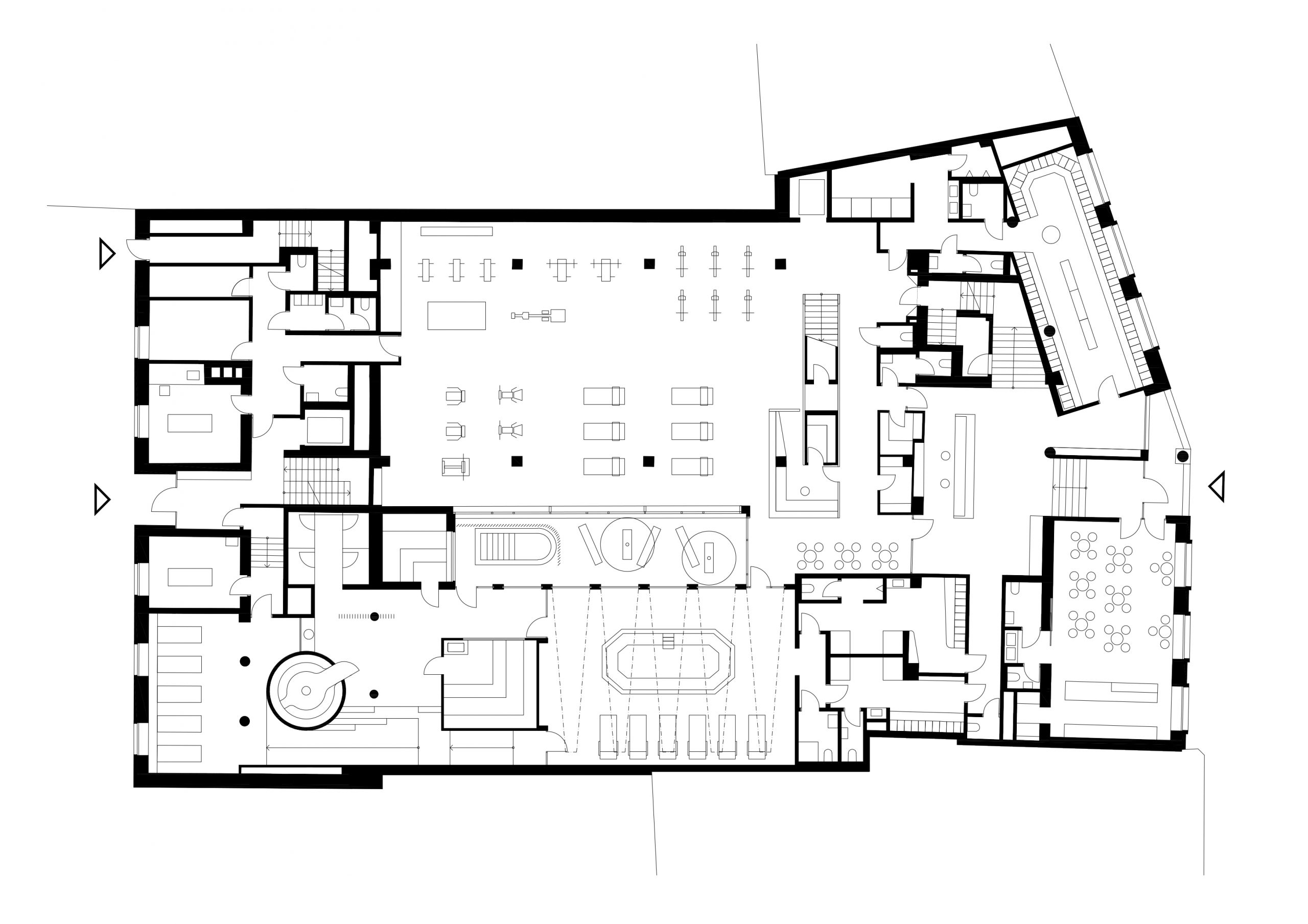 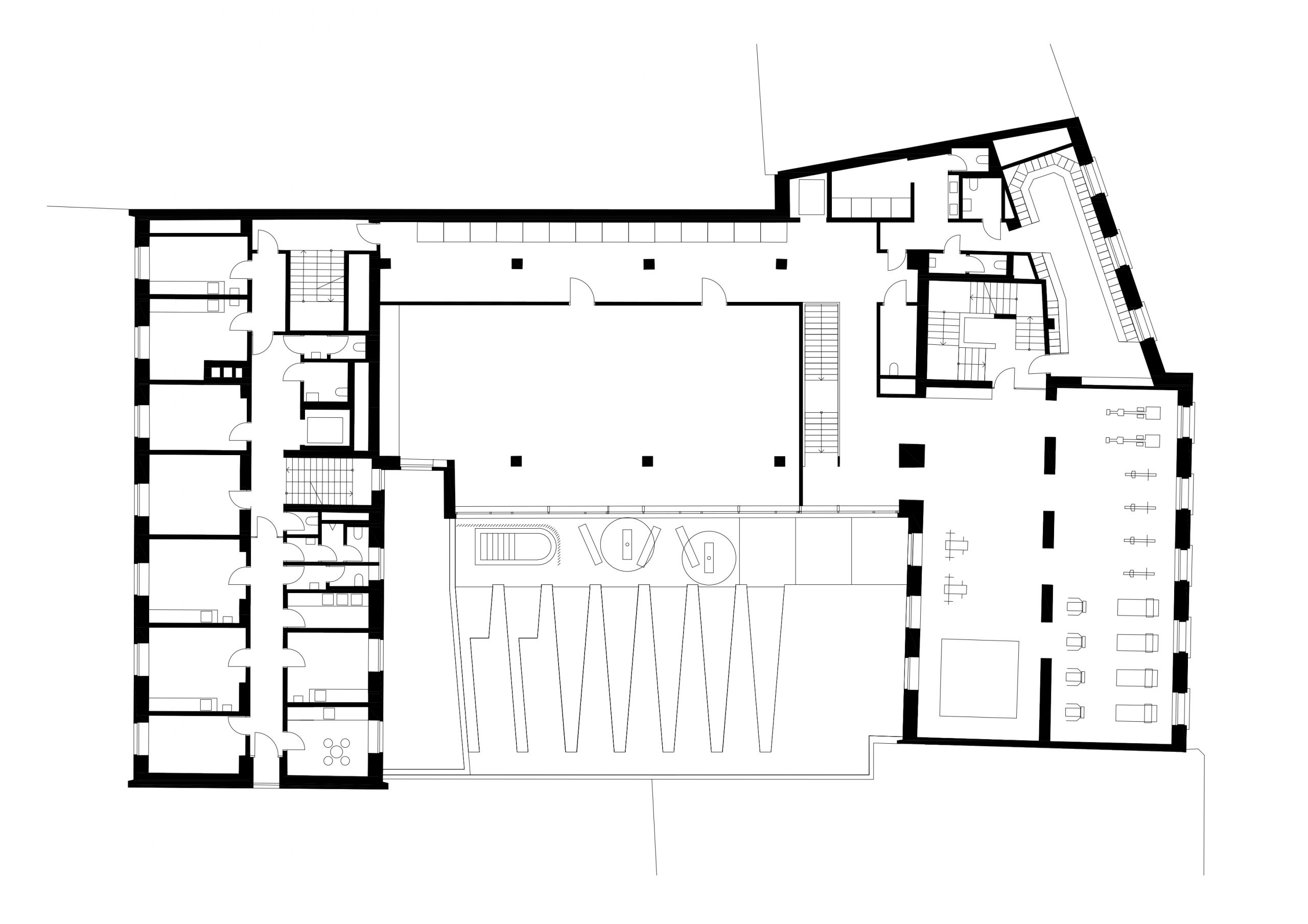 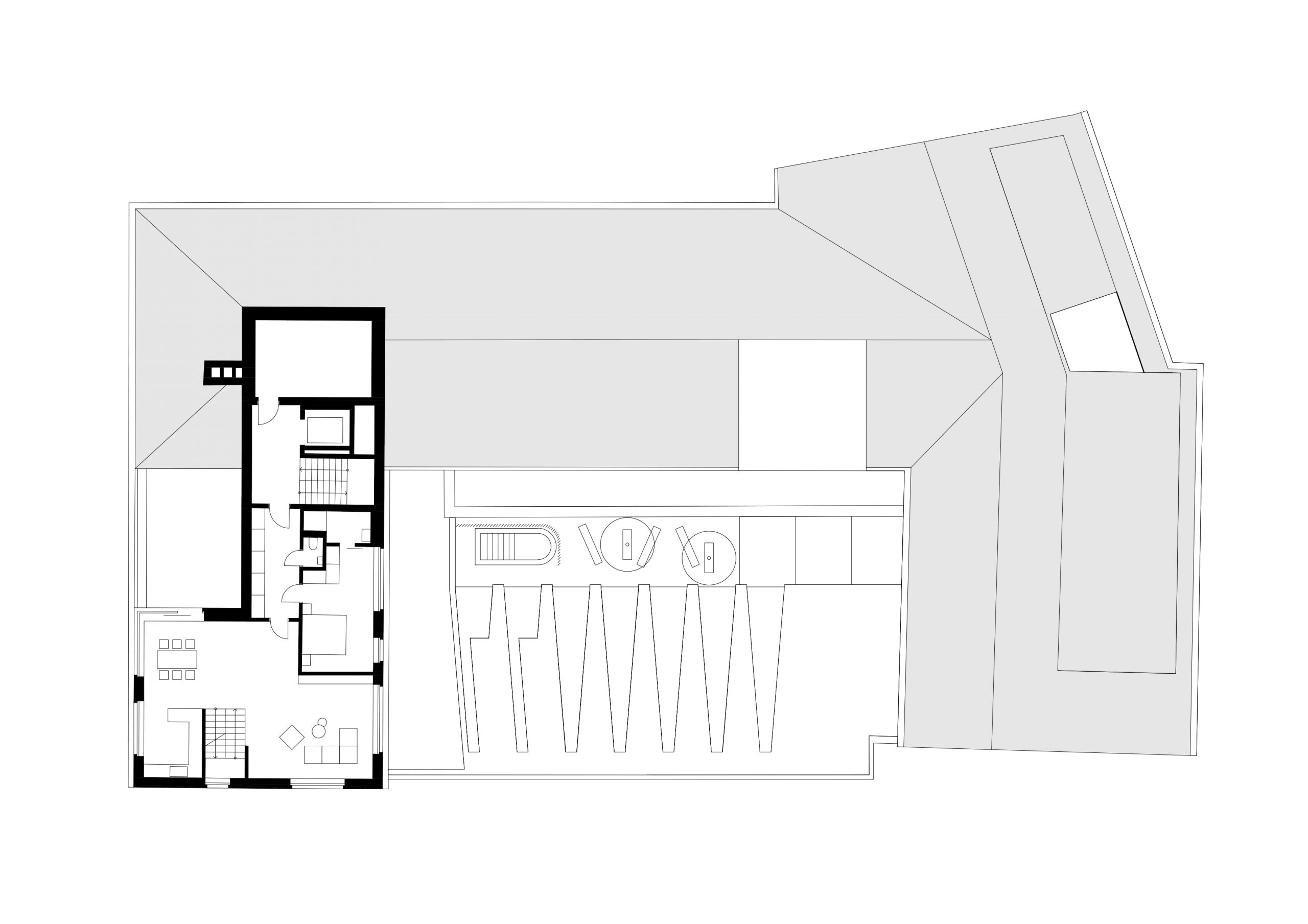 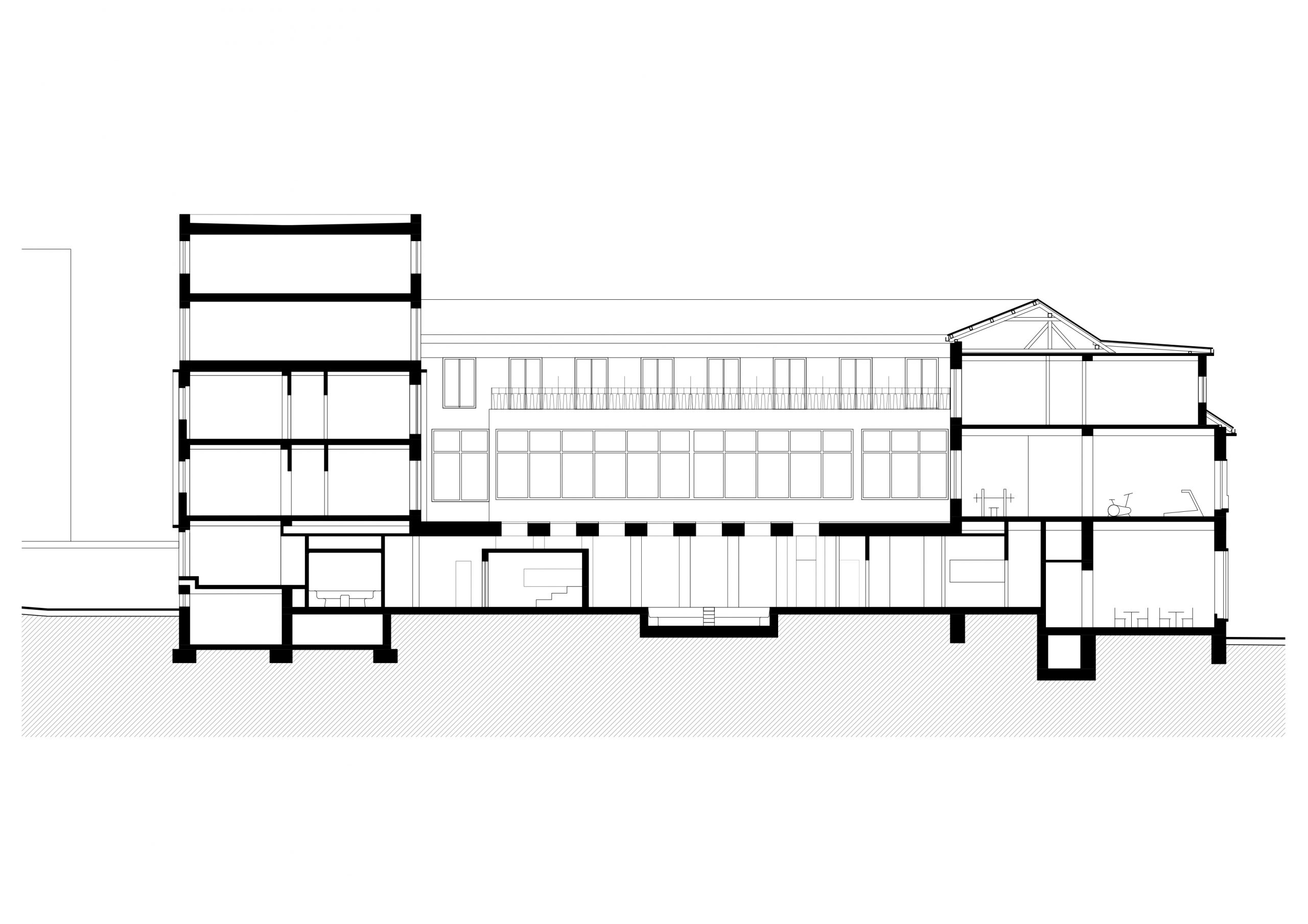 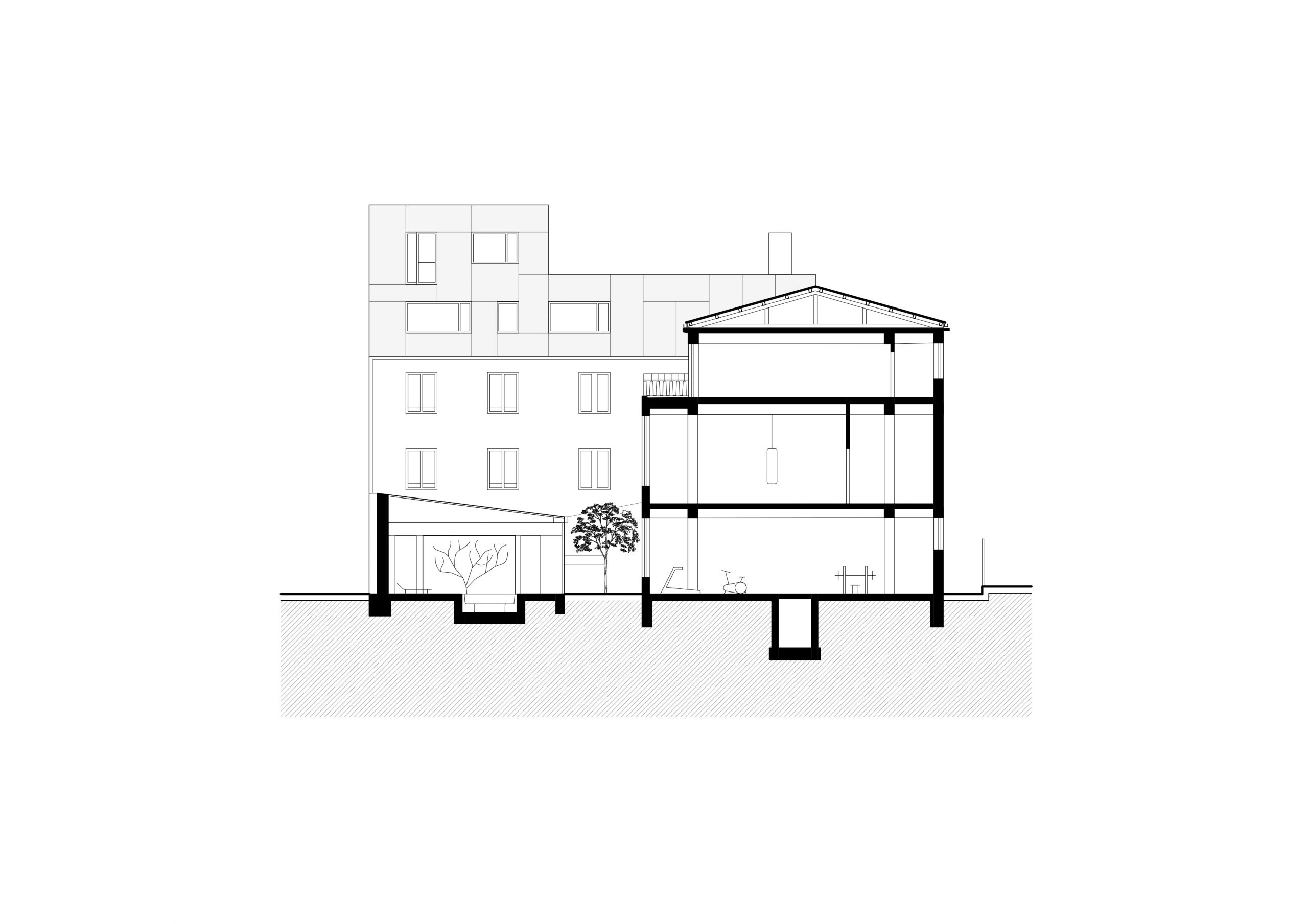 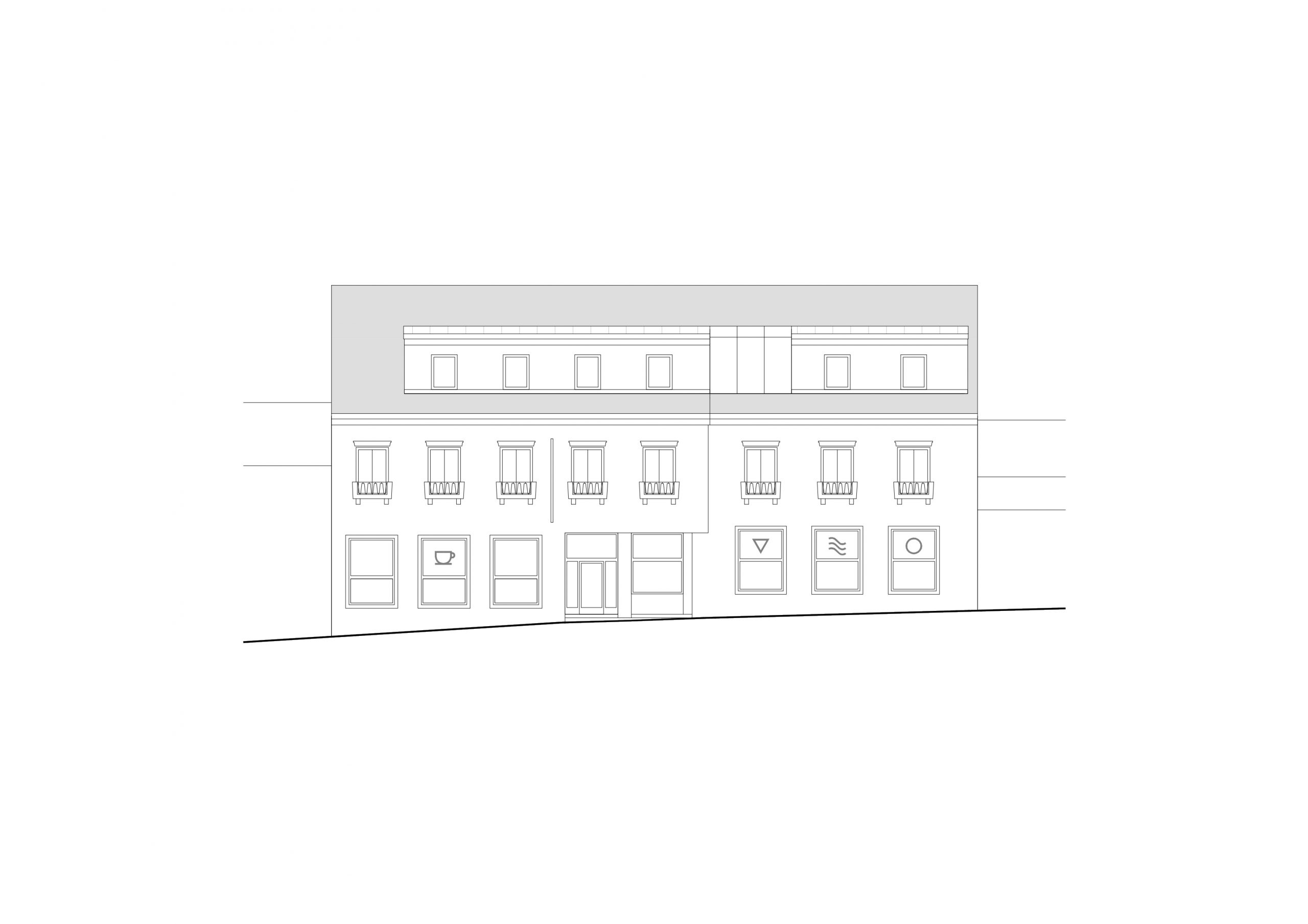 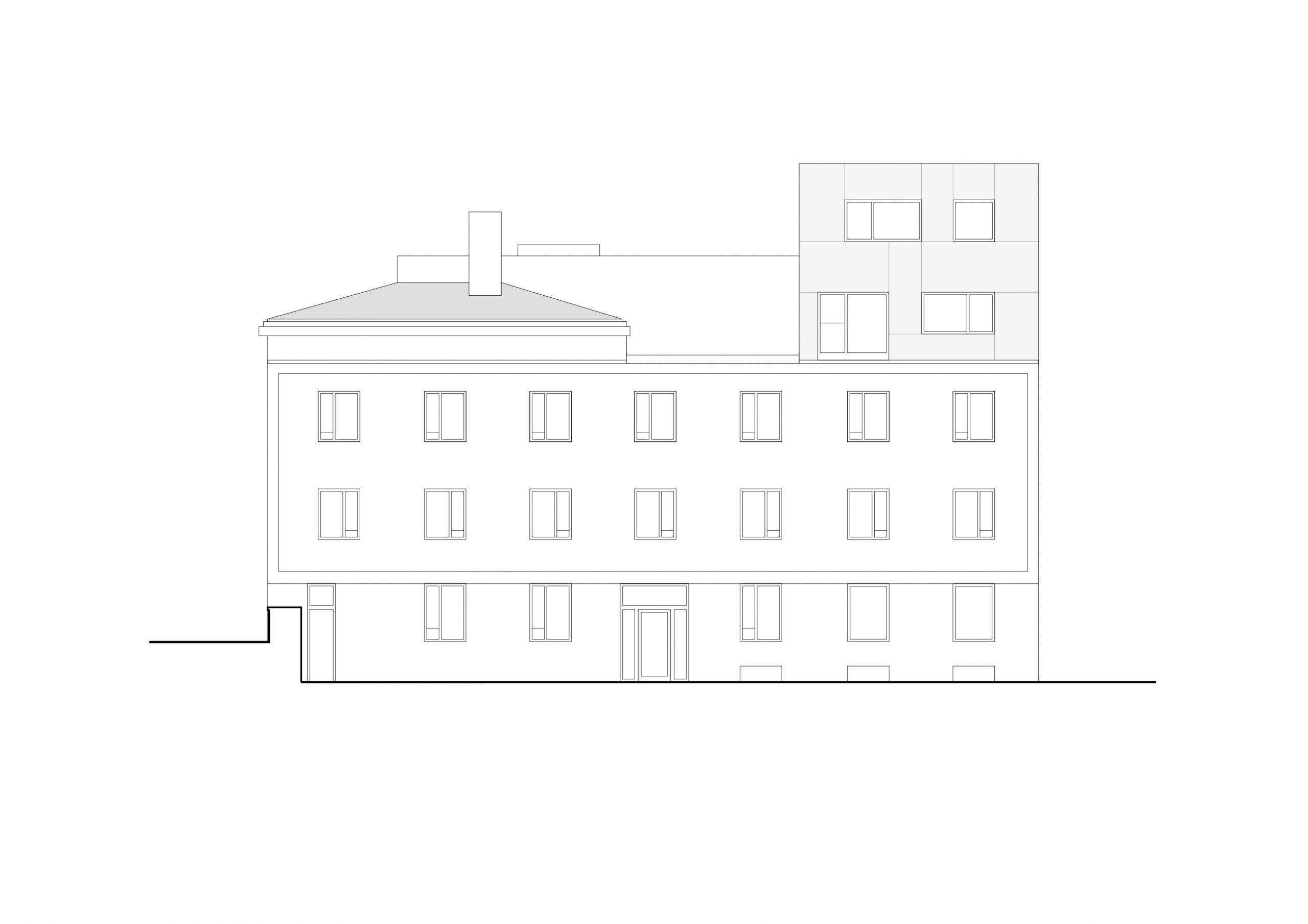