Neither the general nor the professional public favour new office buildings as a type of typology in our country. The reasoning that building them means, above others, that jobs available in the former industrial neighbourhoods such as Smíchov, Vysočany, and also Libeň are substituted this way, does not change anything in this respect. Office buildings can, however, be a standard town-constituting element with a streetscape if certain urbanistic conditions are met; and some of them can quite easily be converted into housing or another type of a building in the future.

The urbanistic concept of the structure we designed continues the work by architect Josef Pleskot, the existing Palmovka I and II office buildings, and also his Urbanistic Study of Libeň from 2010. Substantially important information we learned from this study was particularly the understanding of this part of Libeň with its history of a Jewish quarter as a specifically permeable territory without a rigid block scheme.

A job acquired in an architectural competition organised by Metrostav Development Co. was a unique opportunity for us at several levels. At the urbanistic level, it was a chance to articulate an urban block in a modern manner, redefine its character for a specific setting and function and, at the same time, engage a historic production hall, a technical, cultural monument, into the spatial context of the designed block. At the architectural level, it was an opportunity to return artworks into these buildings that had ever since the beginning been created as their part as usual in the past.

We adjusted the street (block) scheme that is generally irreplaceable for the definition of an understandable public space and the synergy of houses to the specific situation of two office buildings. These buildings together with an old production hall establish a structure clearly spatially defined to Voctářova (street) towards the Libeňský most (bridge) but publicly passable via wide steps and a small square towards the Libeňský přístav (port). All three buildings are mutually wedged with tiny cleavages, joints between them establishing a “porous block”, a permeable block.

The historic production hall has since the beginning been considered part of the designed block. Due to its unique nailed beams spanning almost 21 meters, the hall was listed as a technical, cultural monument in the course of the project. That, even more, strengthened its significance in the entire structure and the emphasis on its correct restoration and functional use.

There is a public restaurant in one section of the hall; the remaining area is prepared for exhibitions.

There are also two artworks part of the office buildings placed in their publicly accessed areas. Another artwork is installed in Building III in a glazed hall – a connecting element between the building and the historic hall. This hall is an integrating component of the entire block and has many functions. There is a lobby, the entrance to the restaurant, an unobstructed connection to the level of the bridge (Libeňský most) and a café, as well as a passage from the small square to Vojenova street here. The artwork is an approximately three meters high sculpture named Průnik/Penetration by Jan Poupě referring to the industrial past of the place with Libeň shipyards; it suggests a virtual axis between the Libeňský shipyard and the historic centre of Libeň.

The artwork in Building IV is a large mural – A Waterfall – by Patrik Hábl placed in the escalator corridor area connecting Voctářova to the visually designed central atrium where, on the lowermost storey, there is the lobby of the building IV and the connection to the Libeňský most (bridge). Building III has seven aboveground storeys and the floor area 11,270 m2;

Building IV also has seven aboveground storeys and the floor area 12,400 m2. The area of the restaurant section of the historic single-storeyed hall is 640 m2 (including amenities); the area of the exhibition section is 850 m2. 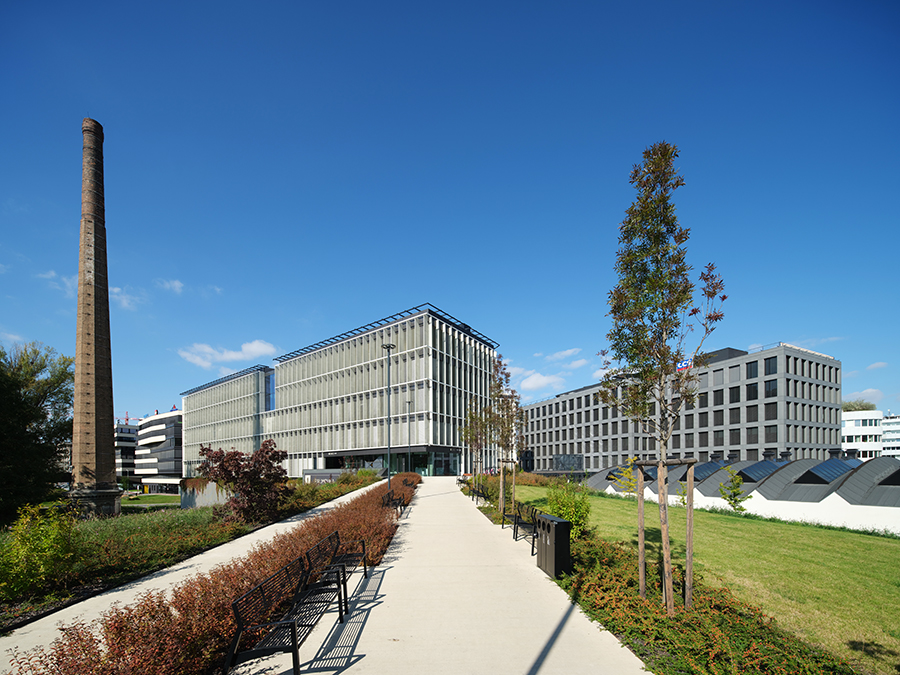 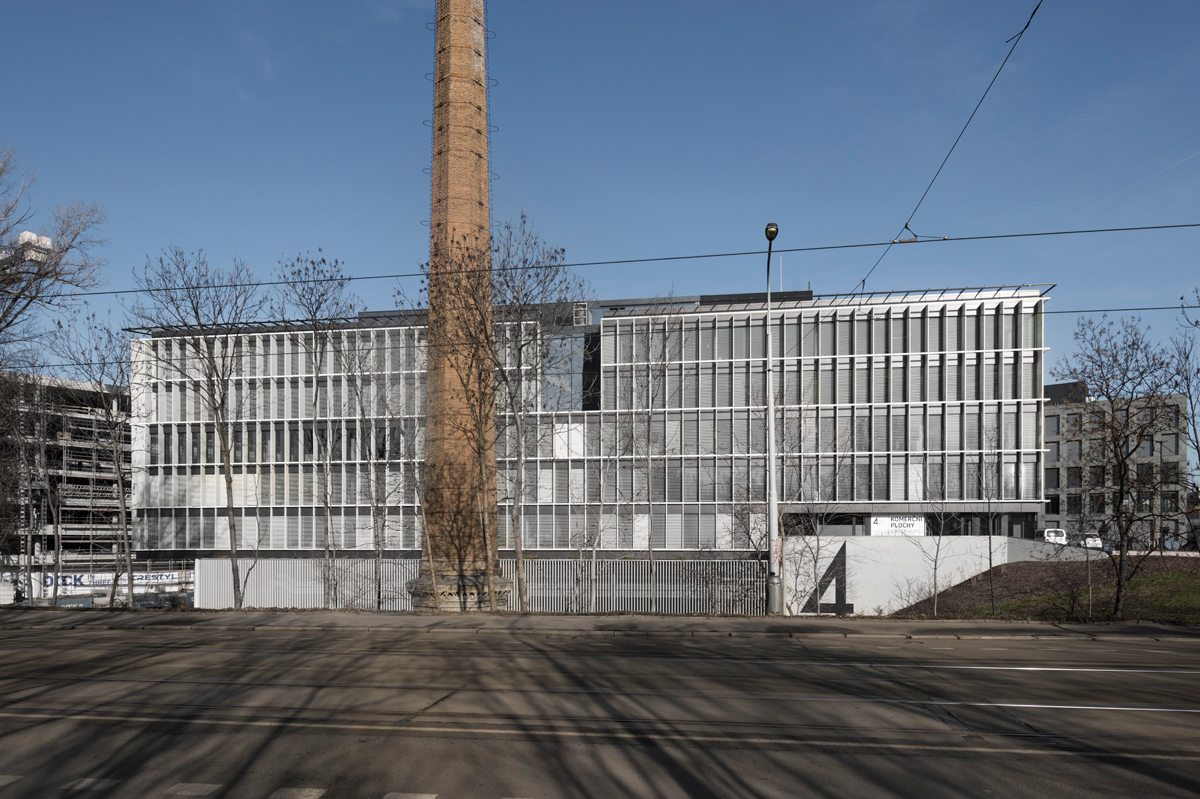 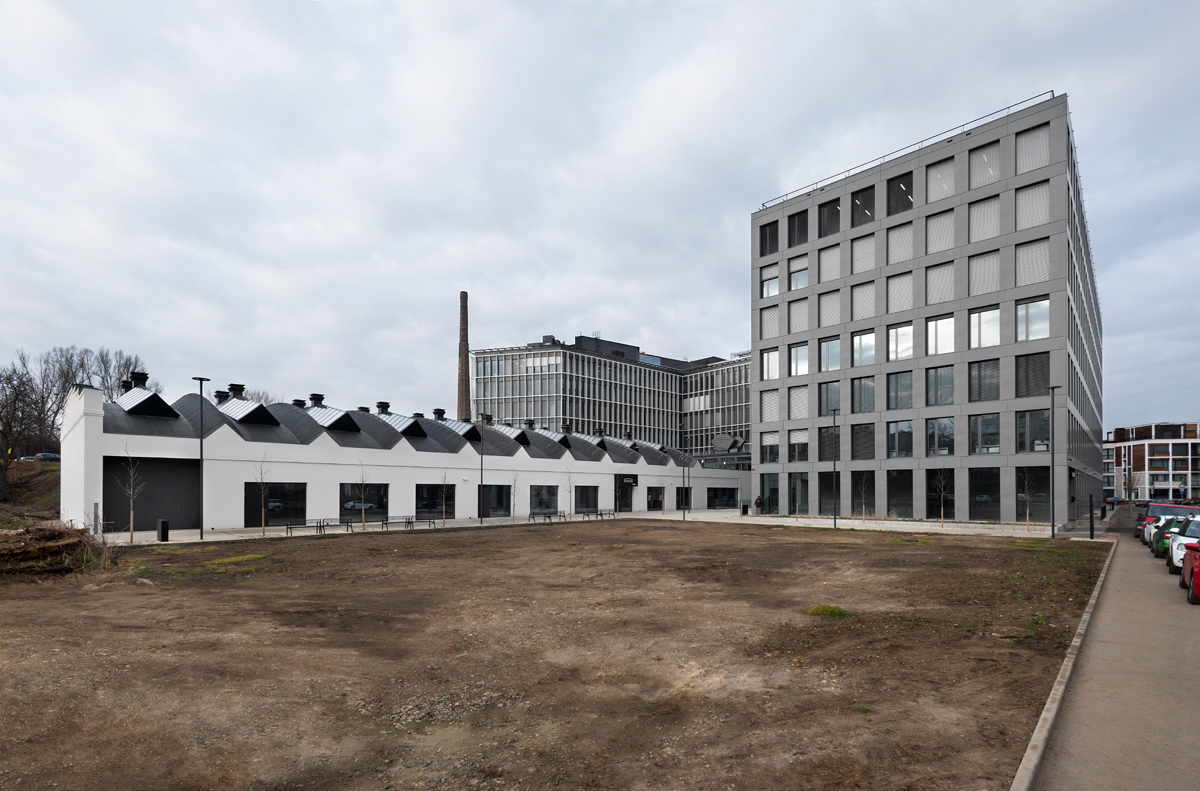 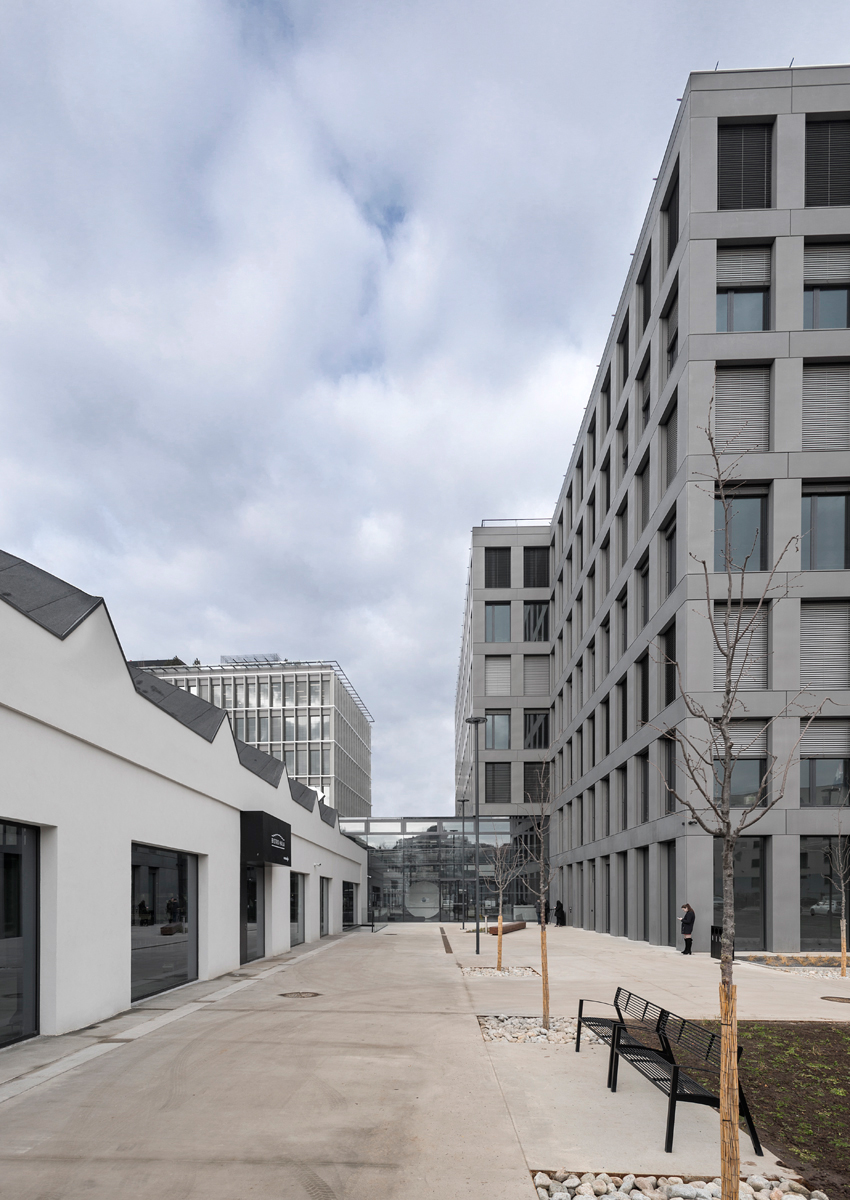 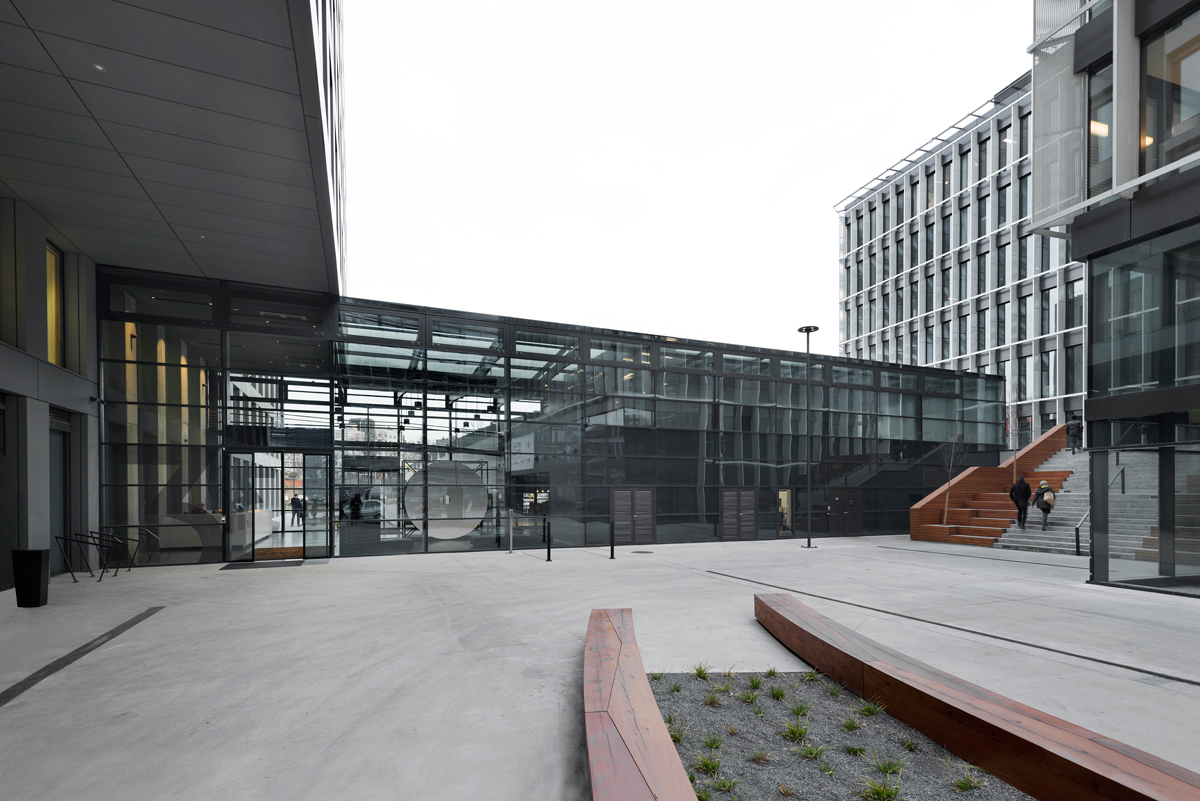 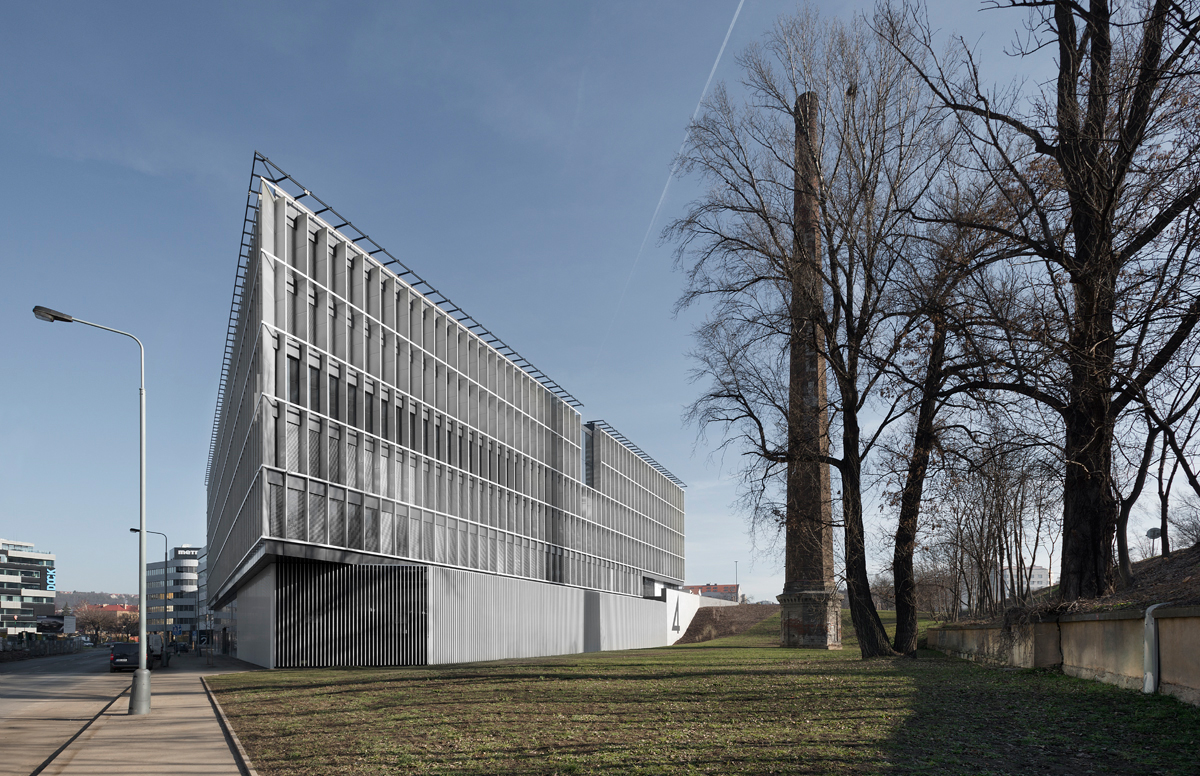 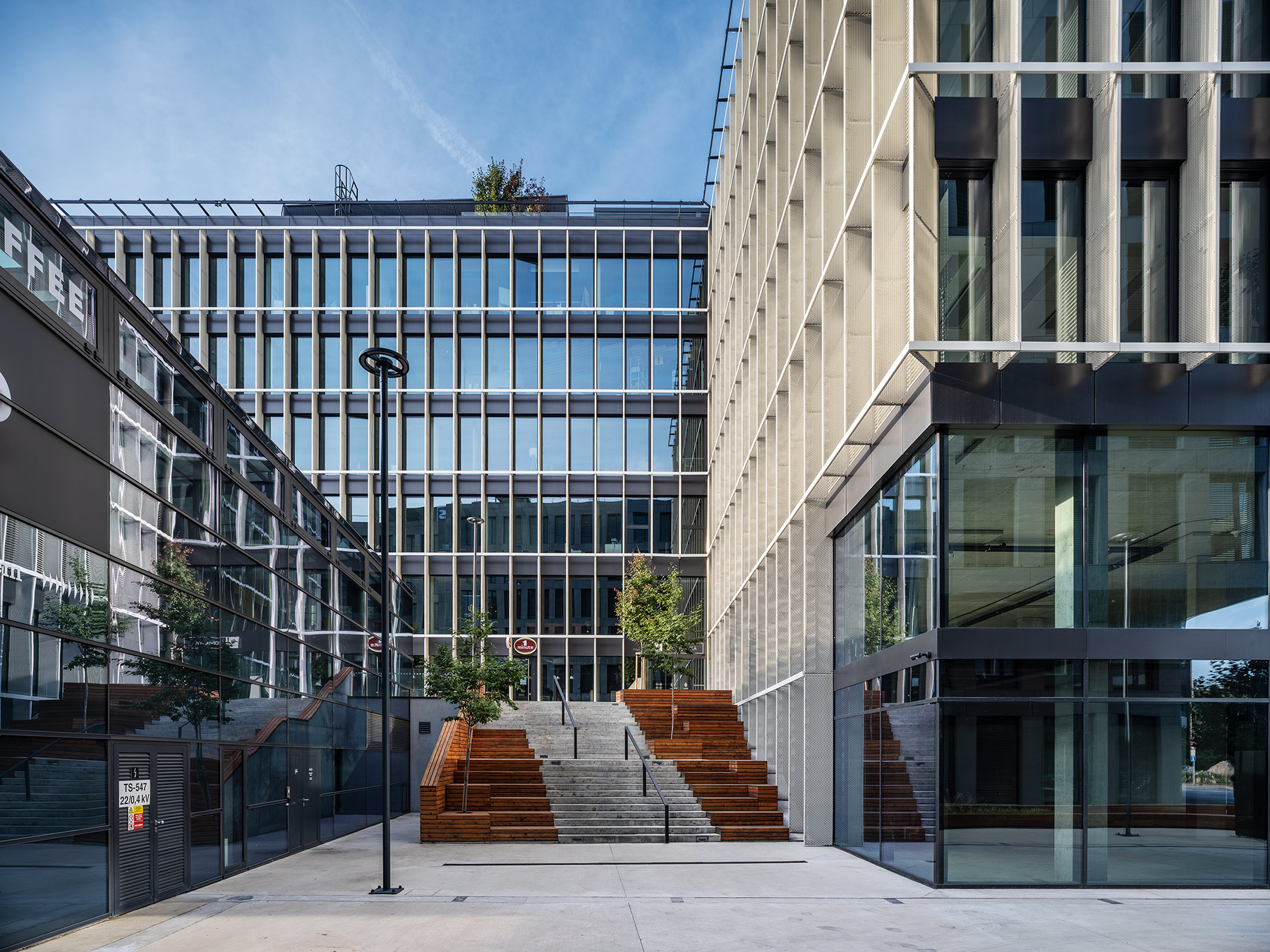 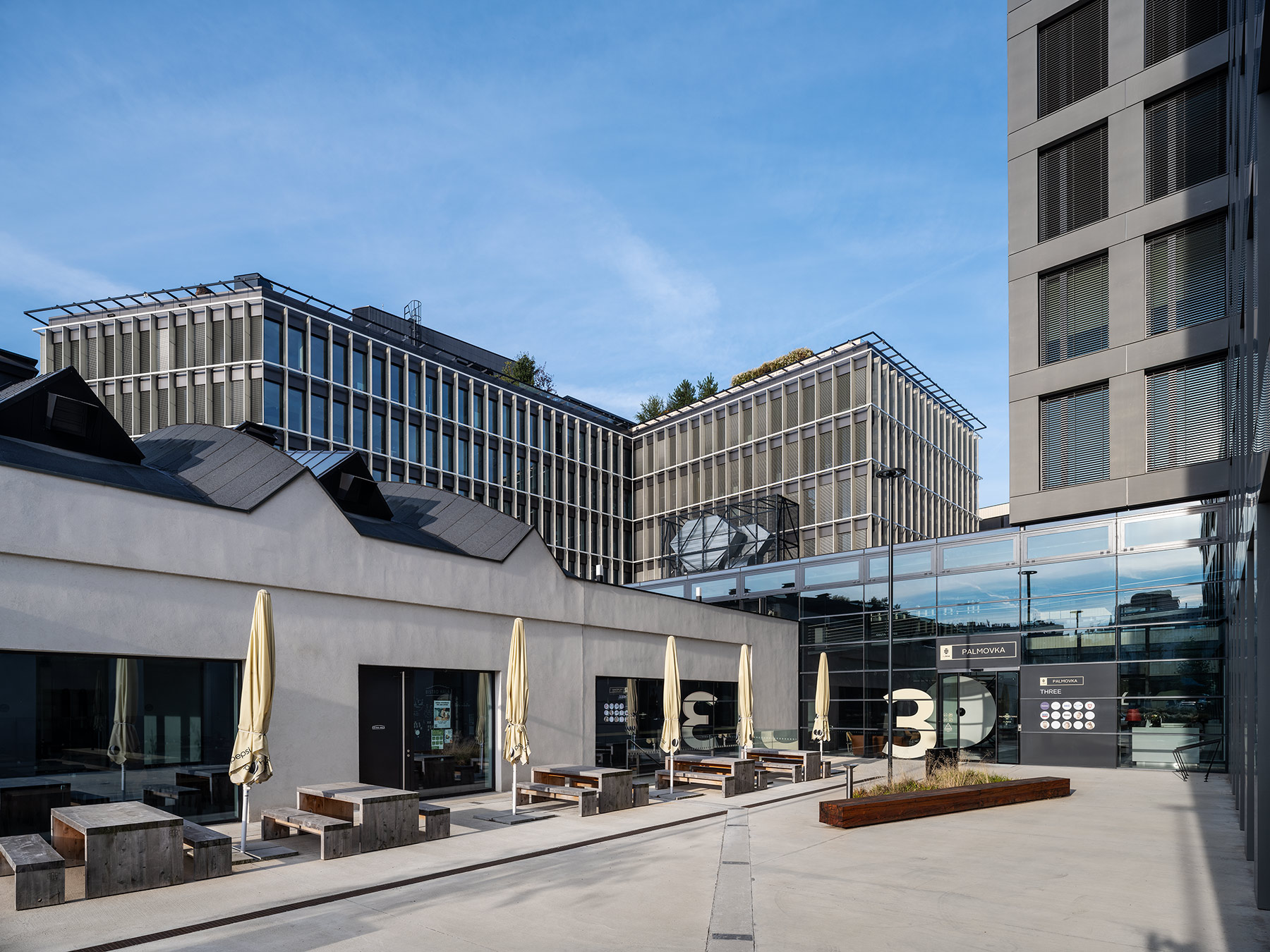 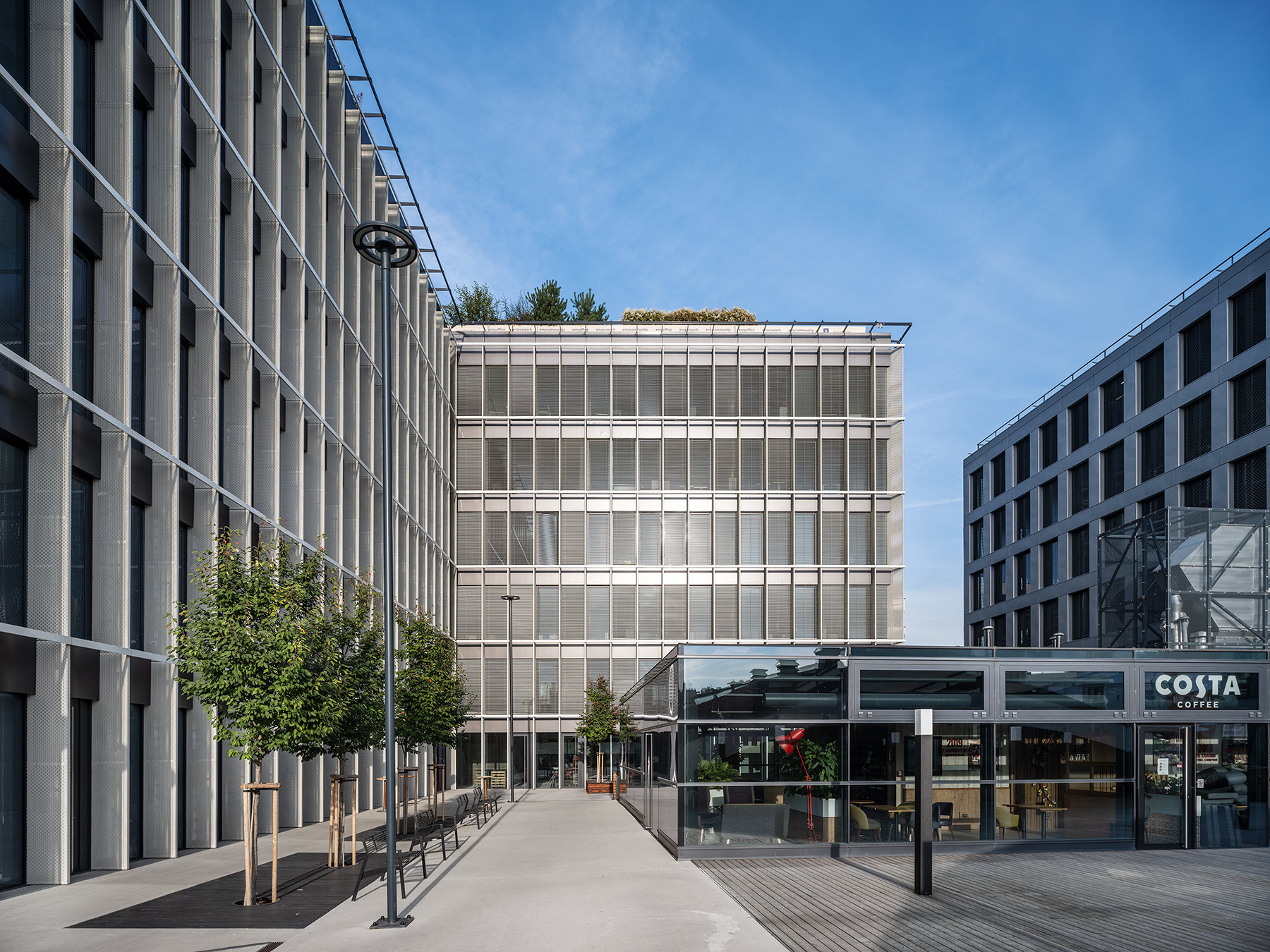 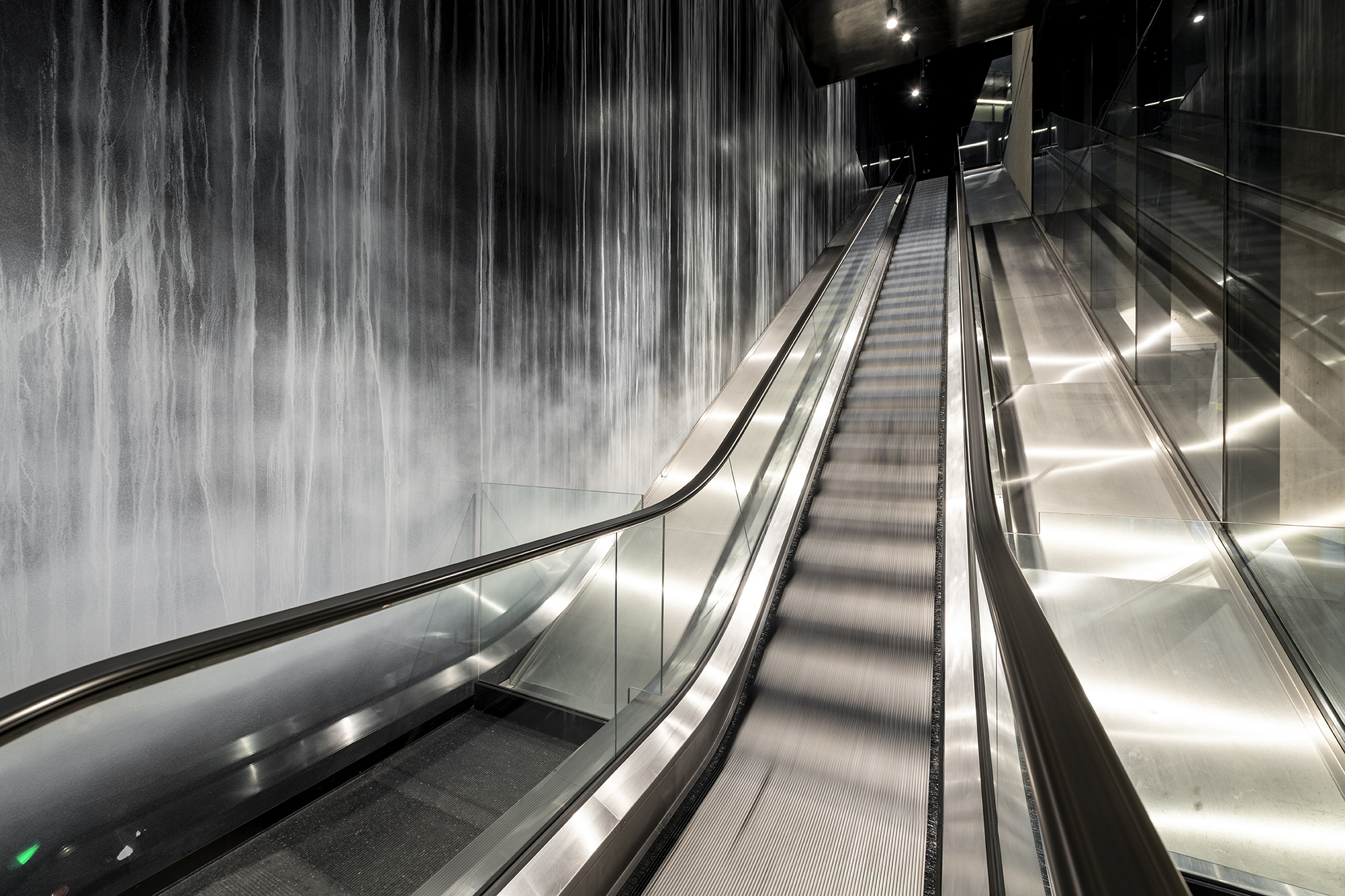 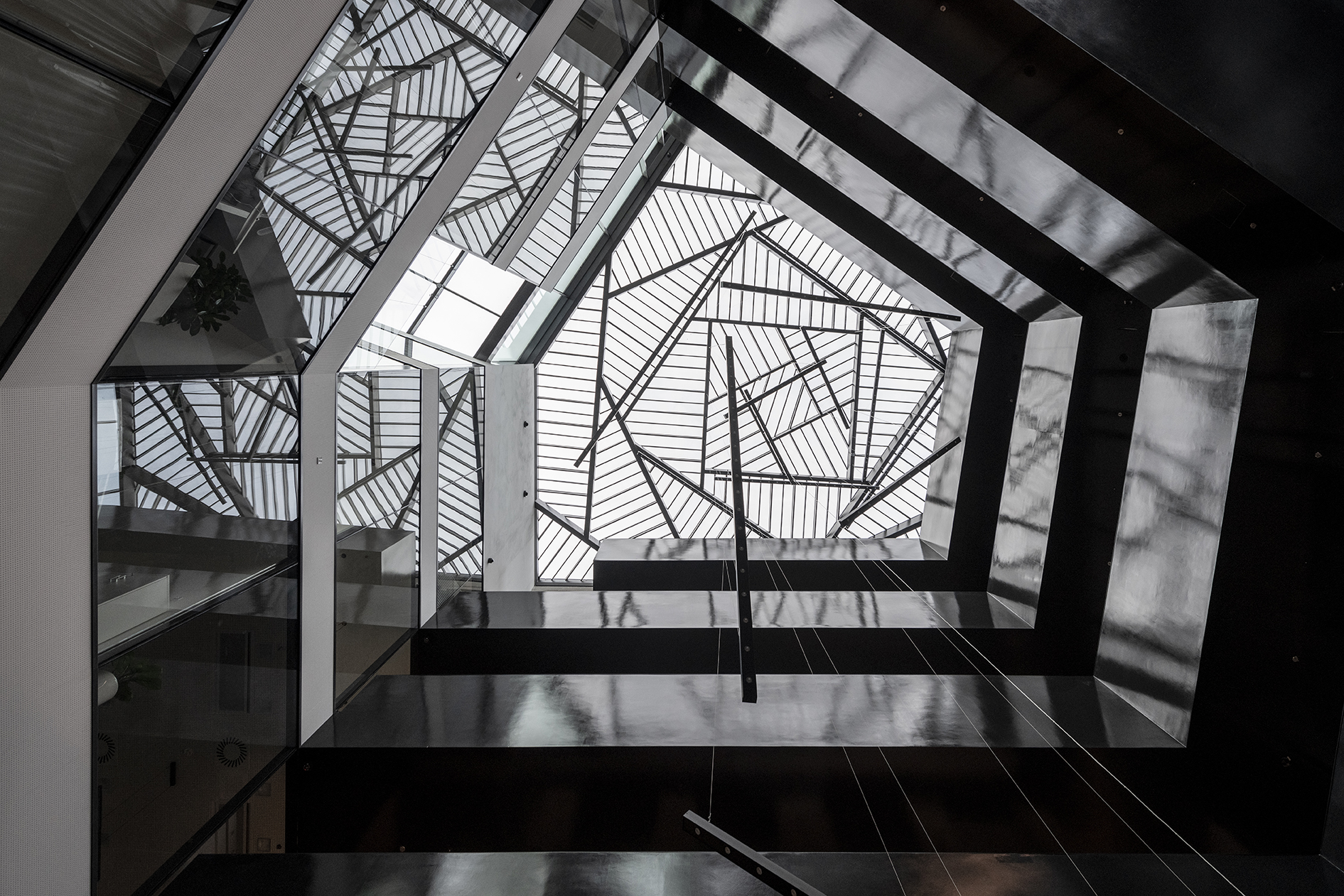 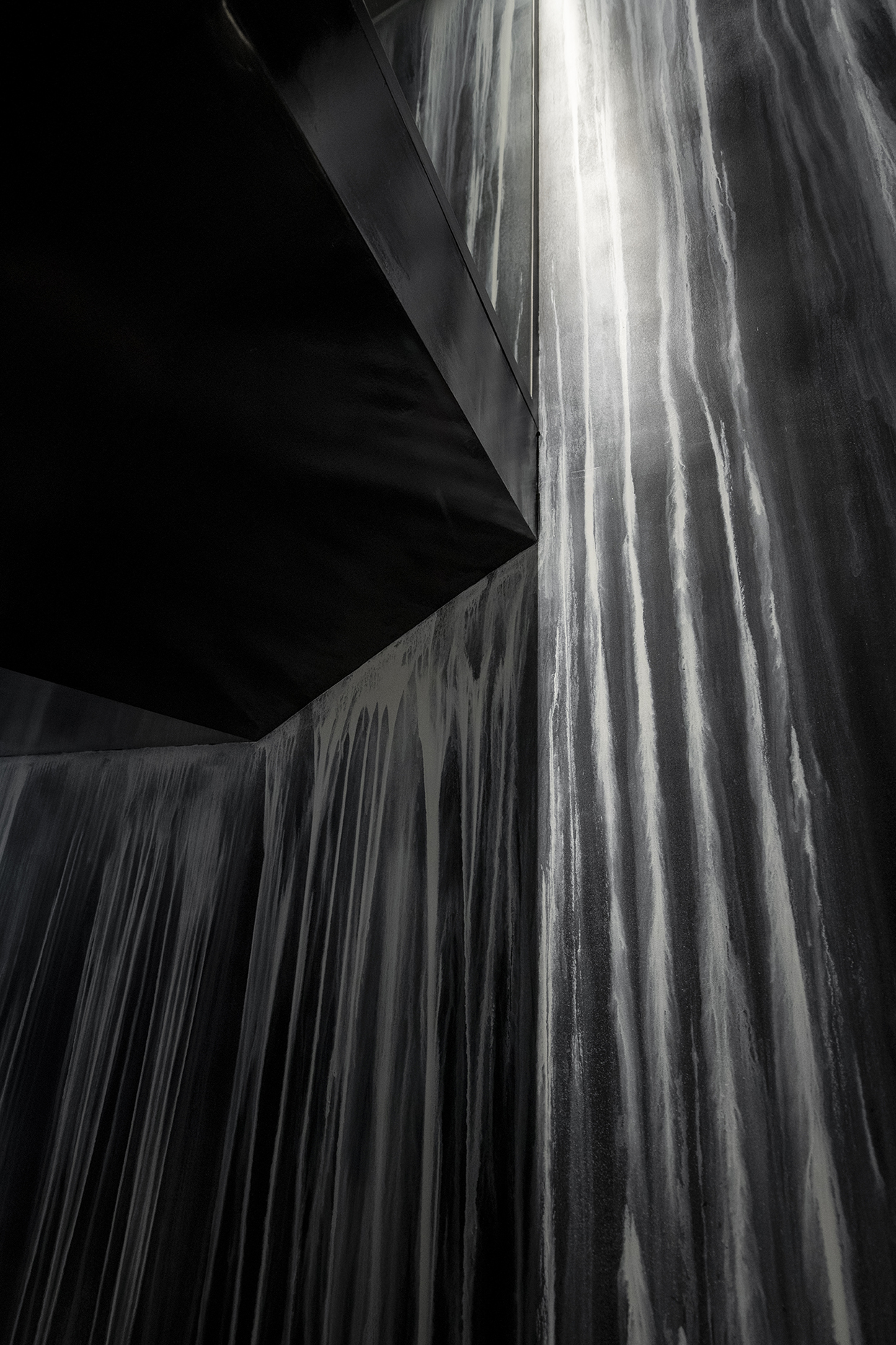 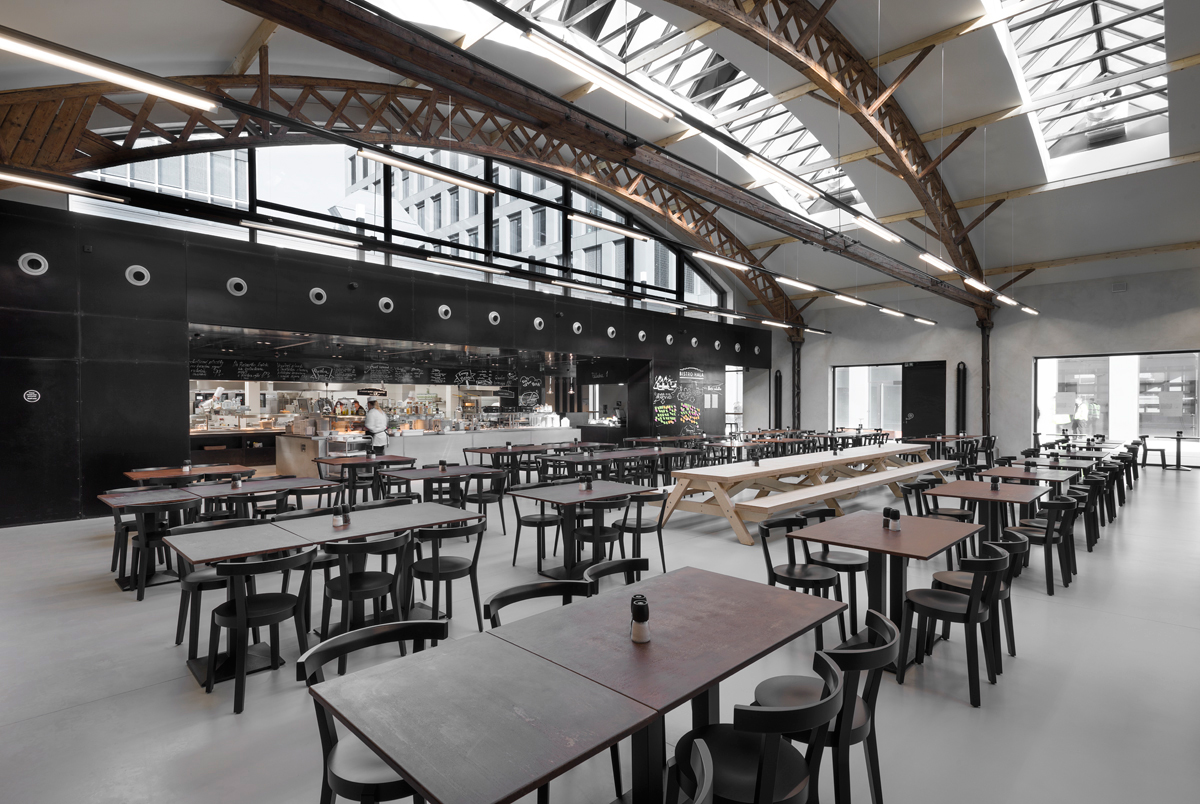 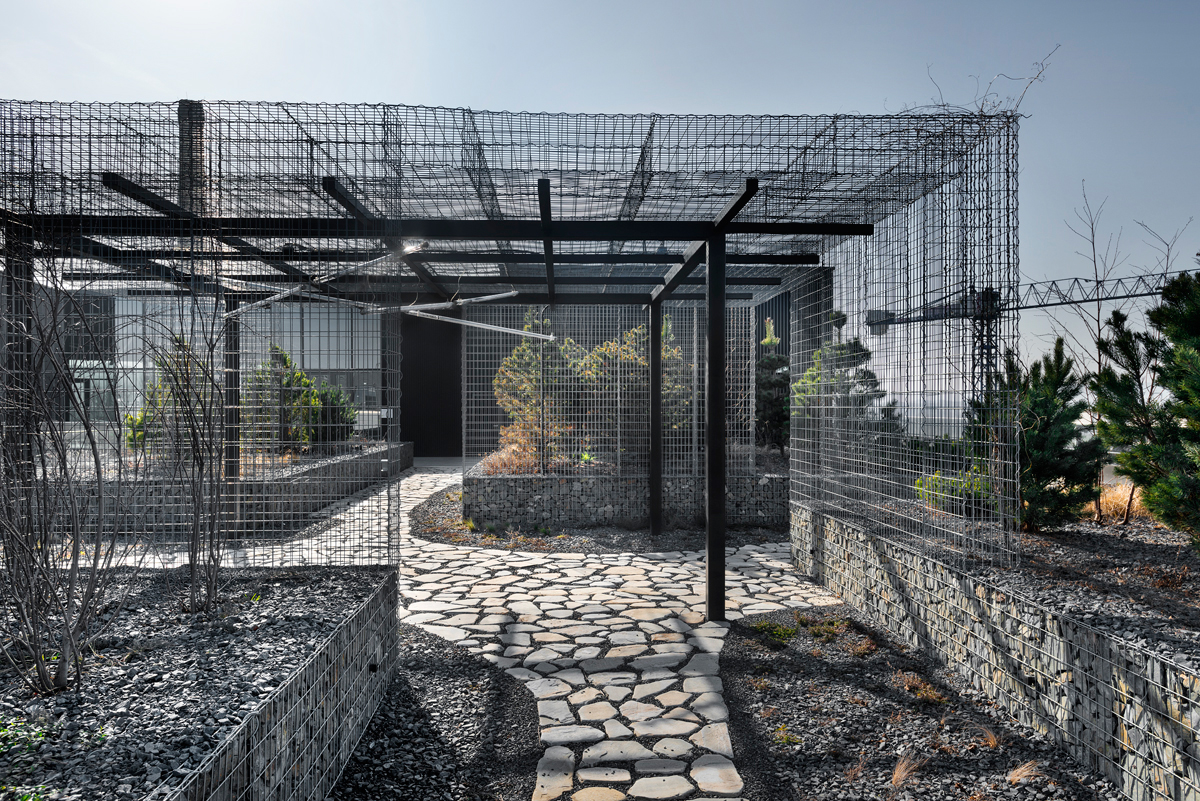 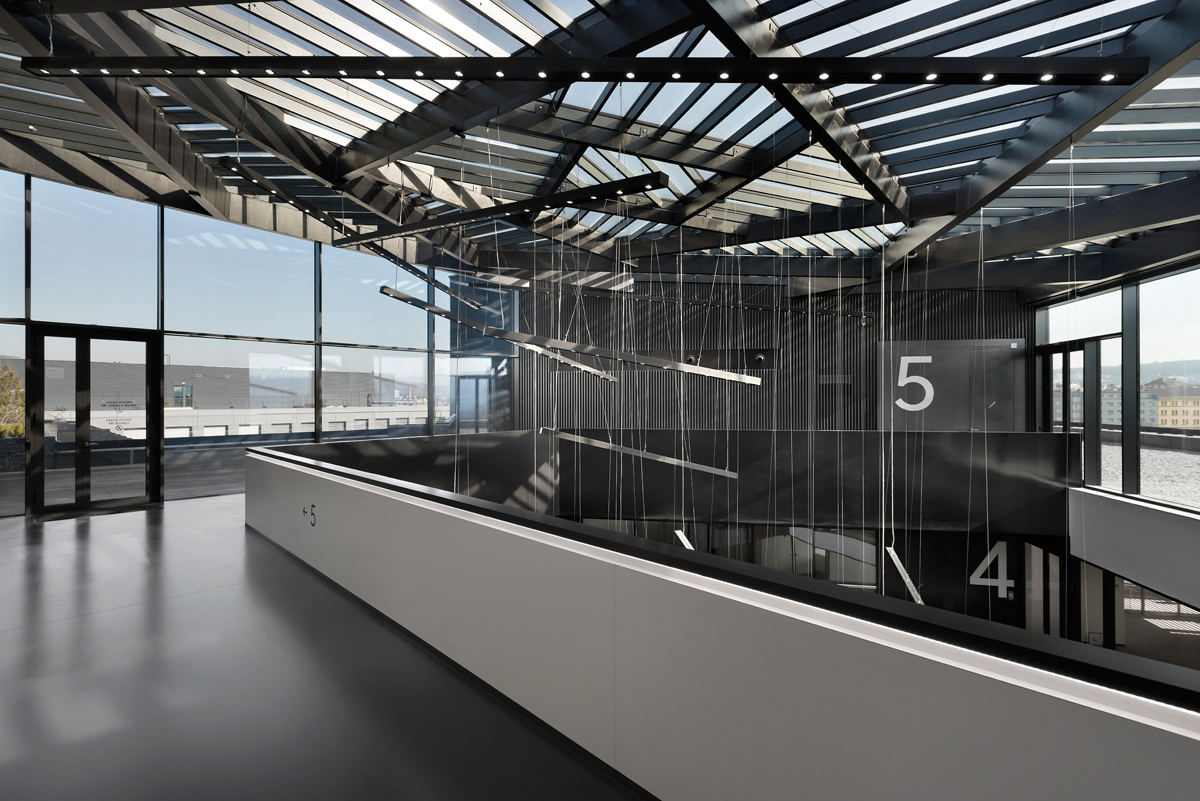 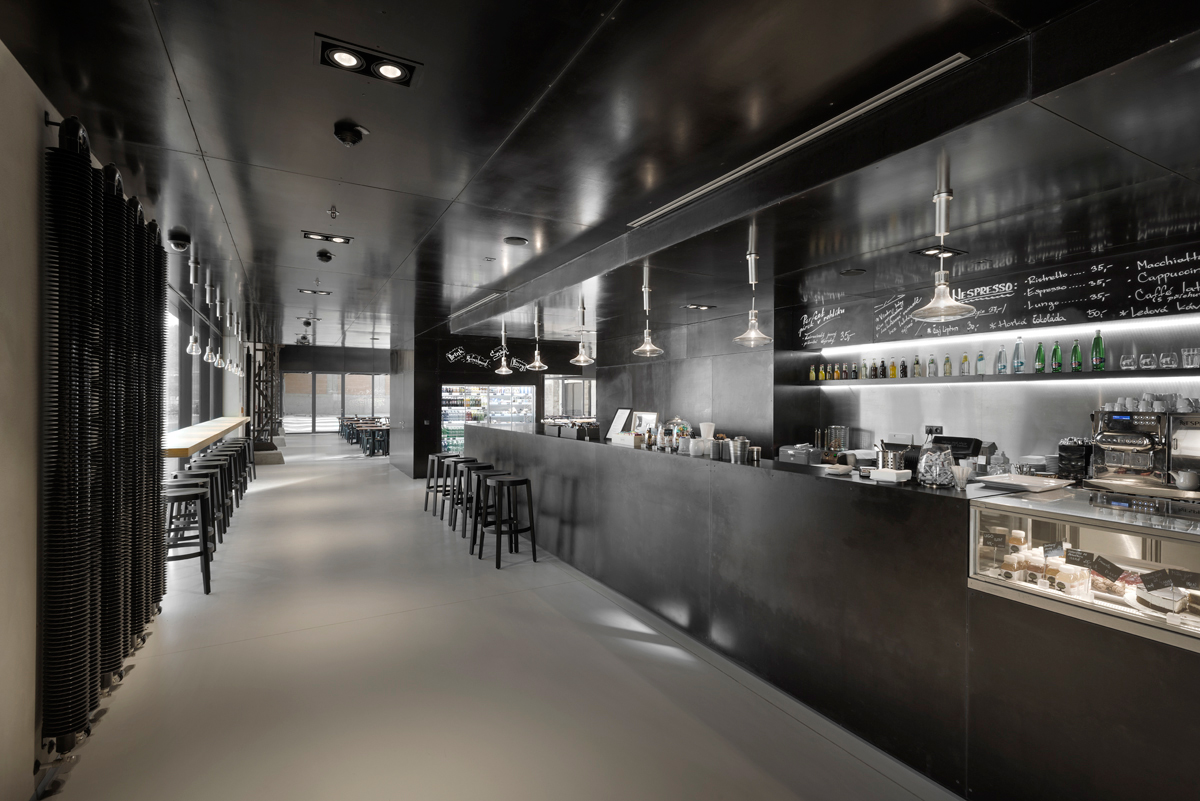 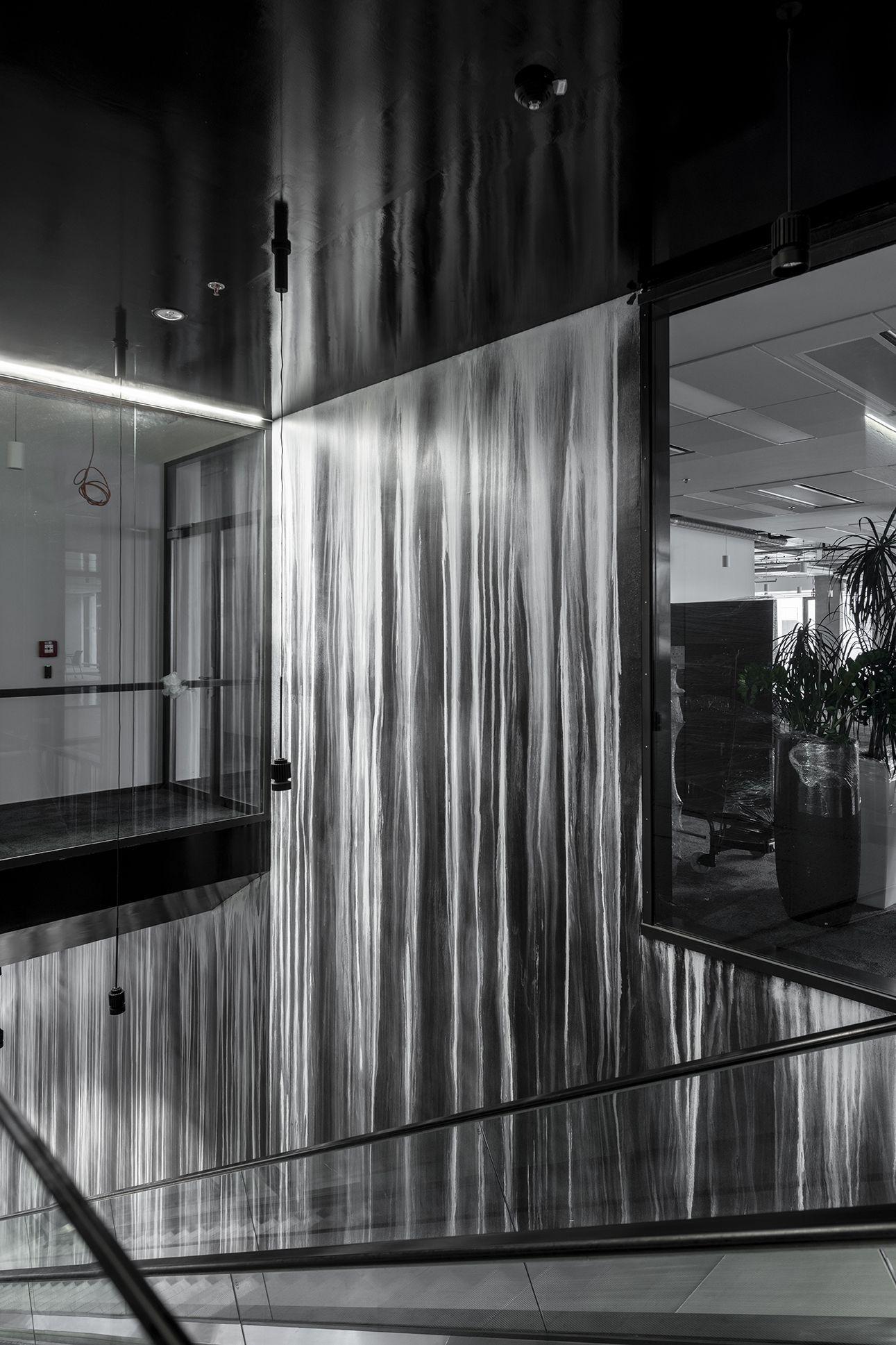 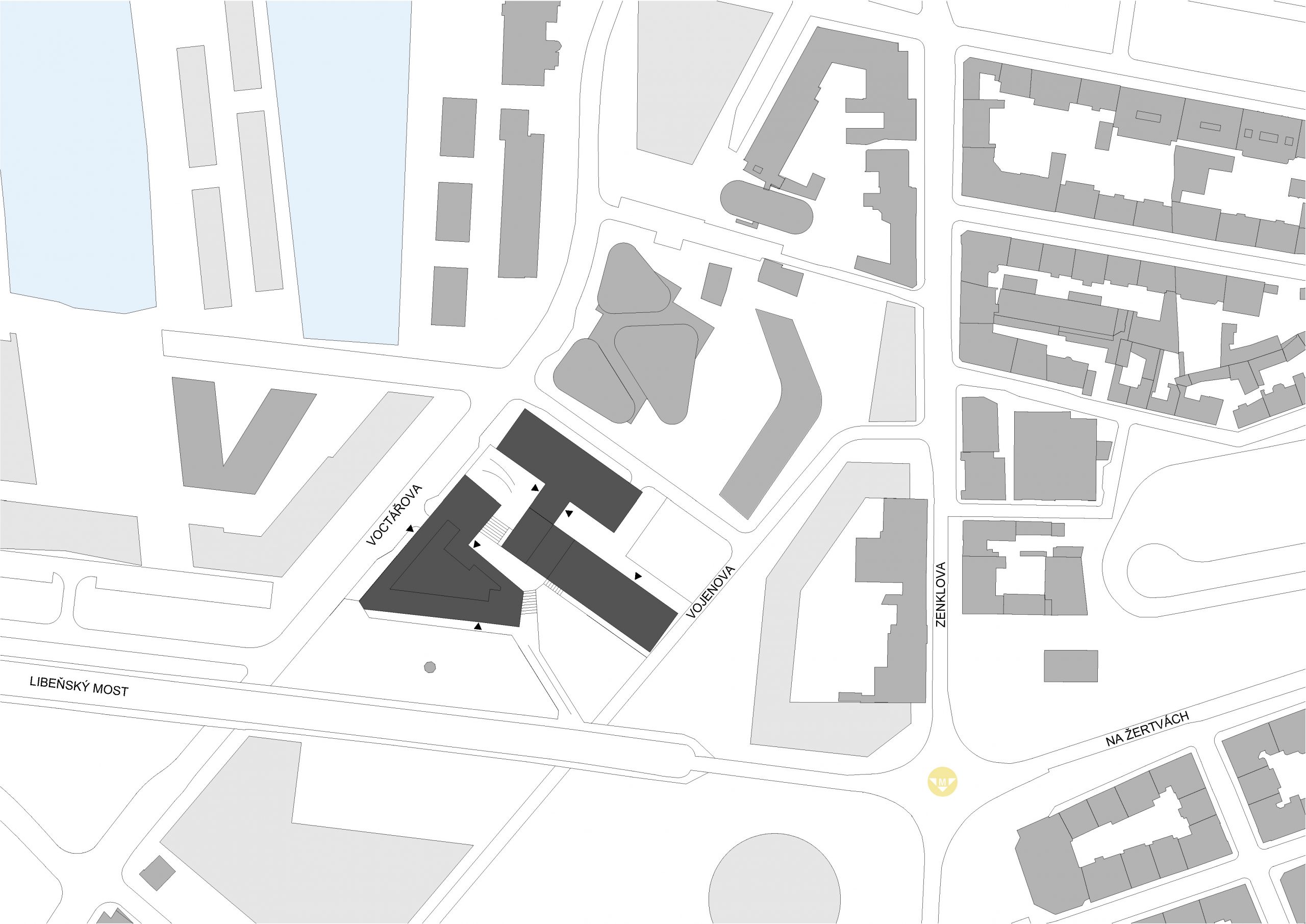 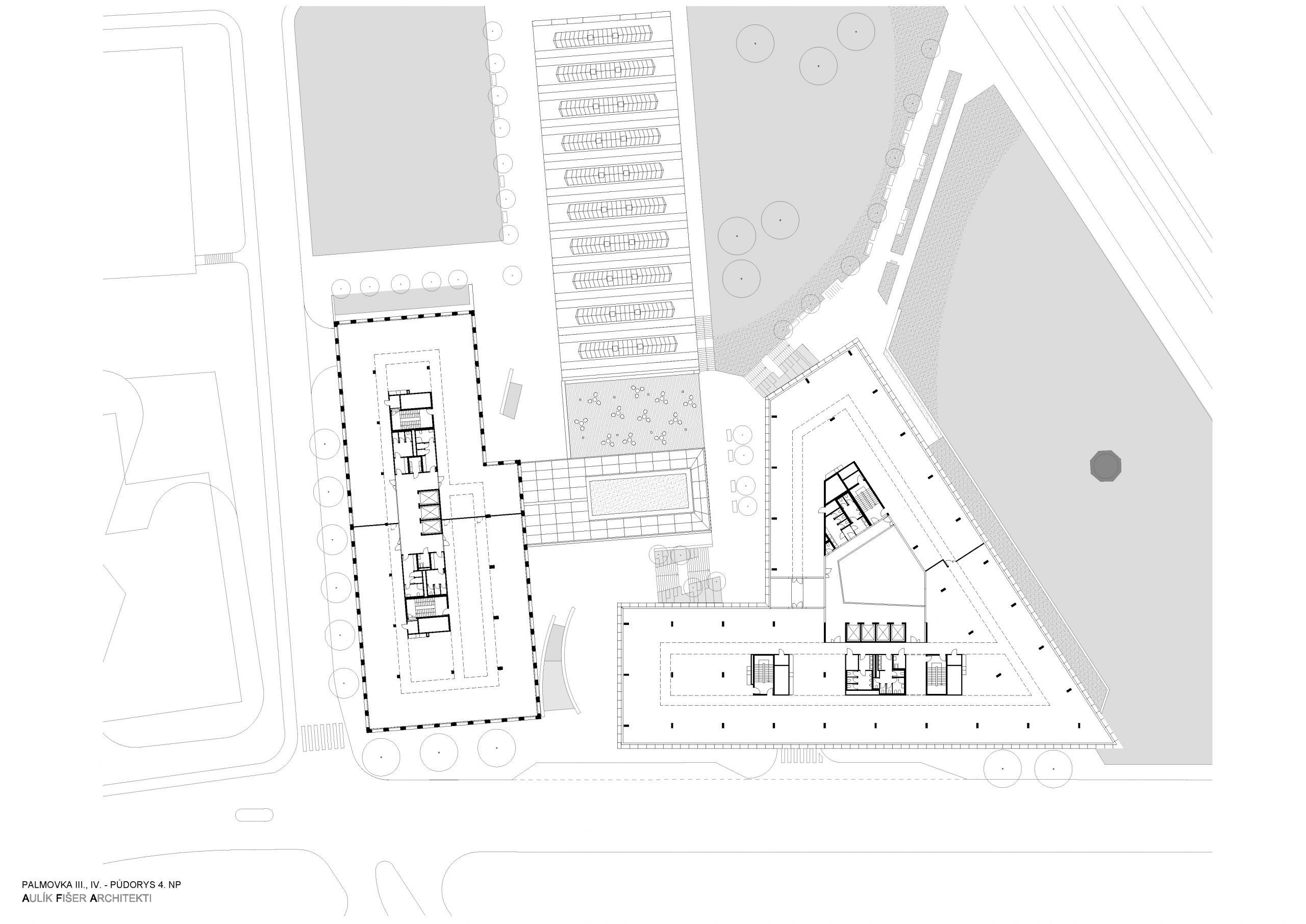 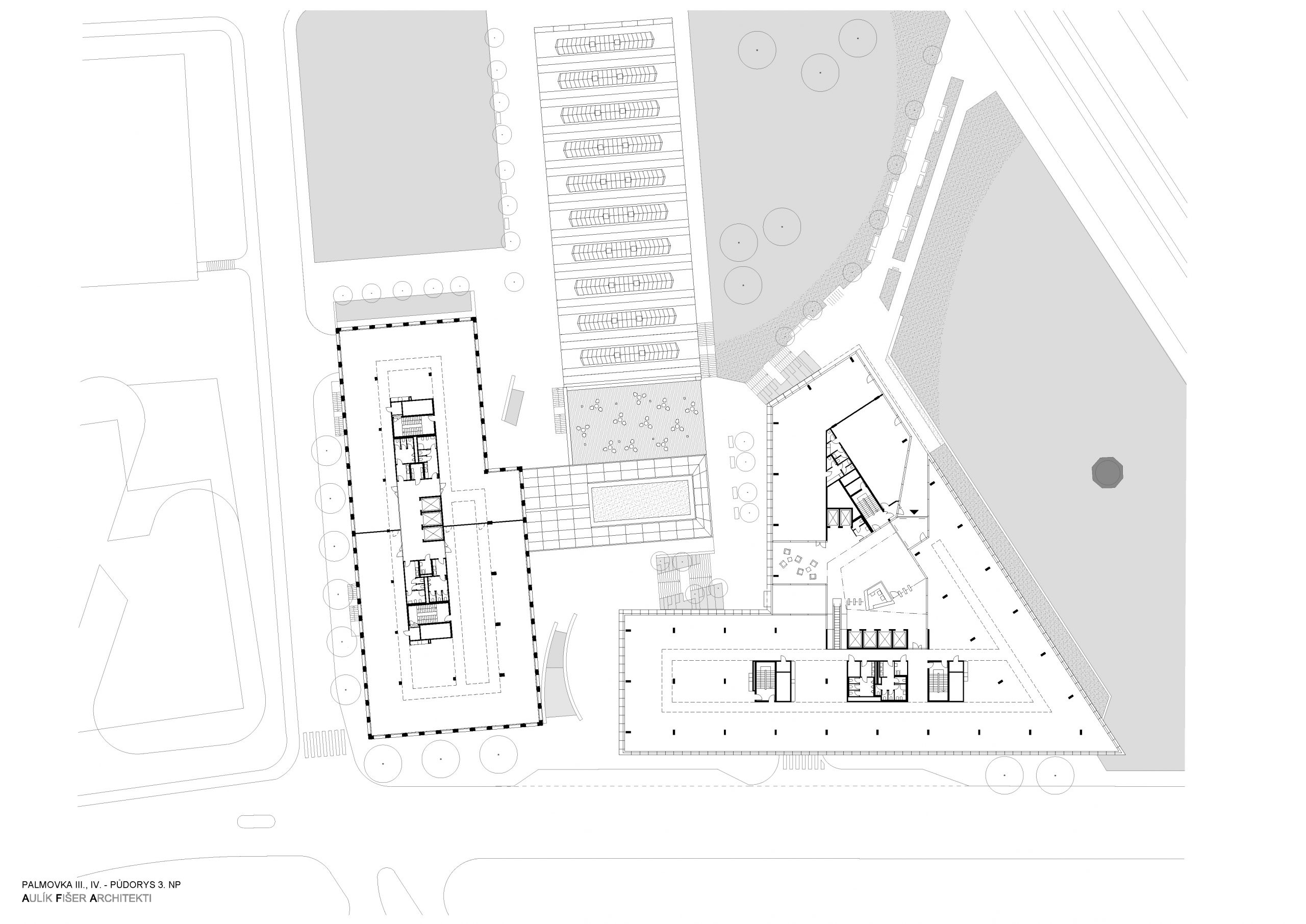 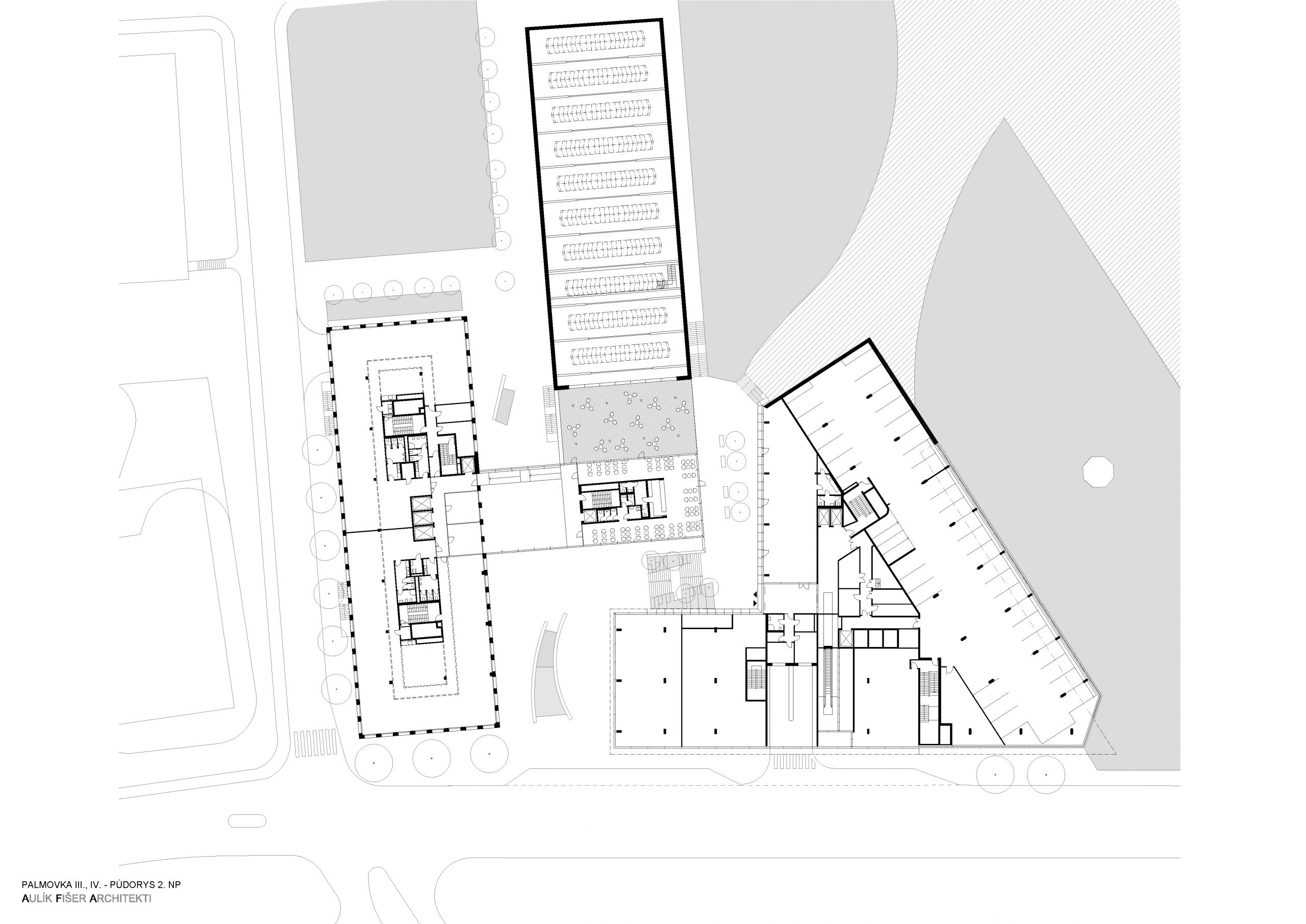 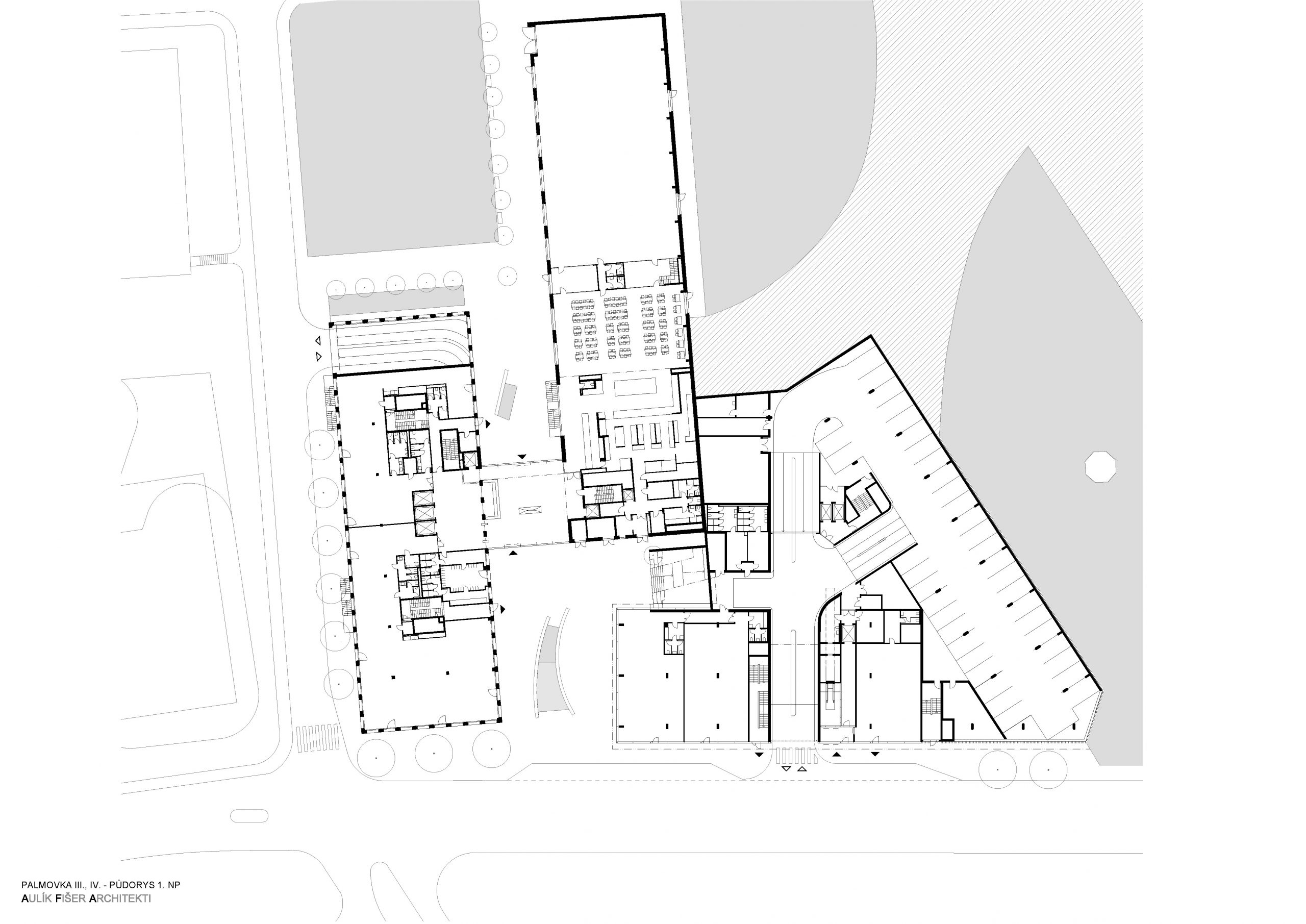 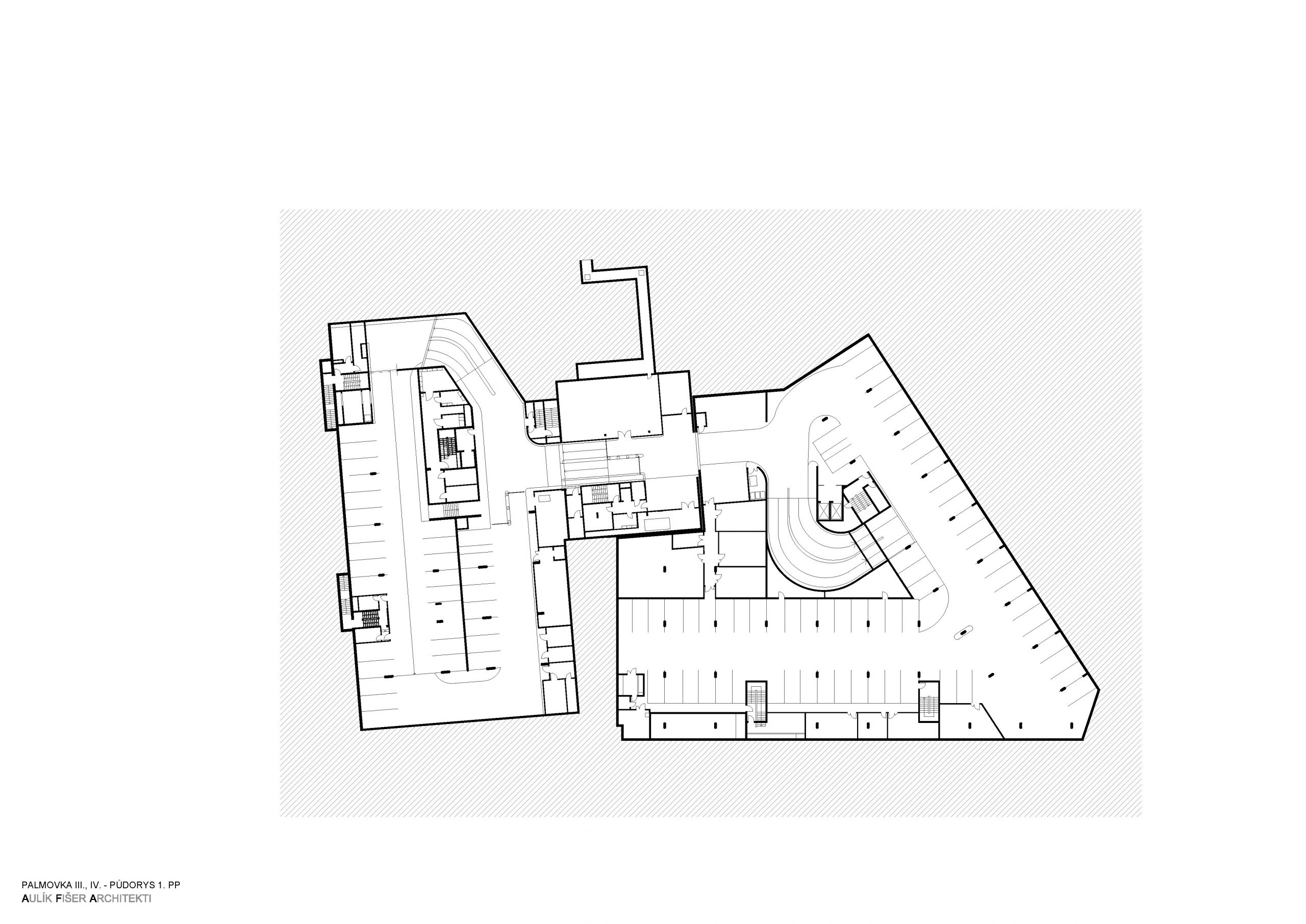