The mass by the dimensions close to a cube rests on a basement pedestal that – due to the grade – partly projects on the north side one storey high above the grade thus defining the garden area. At the same time, it is moulded by the stepped-back top stories towards the north and a cantilever above the main entrance. The building this way responds to the urbanistic context of the place (the covered area in front of the entrance or the stepped-back and, therefore, lowered parapet to Bulovka (street). 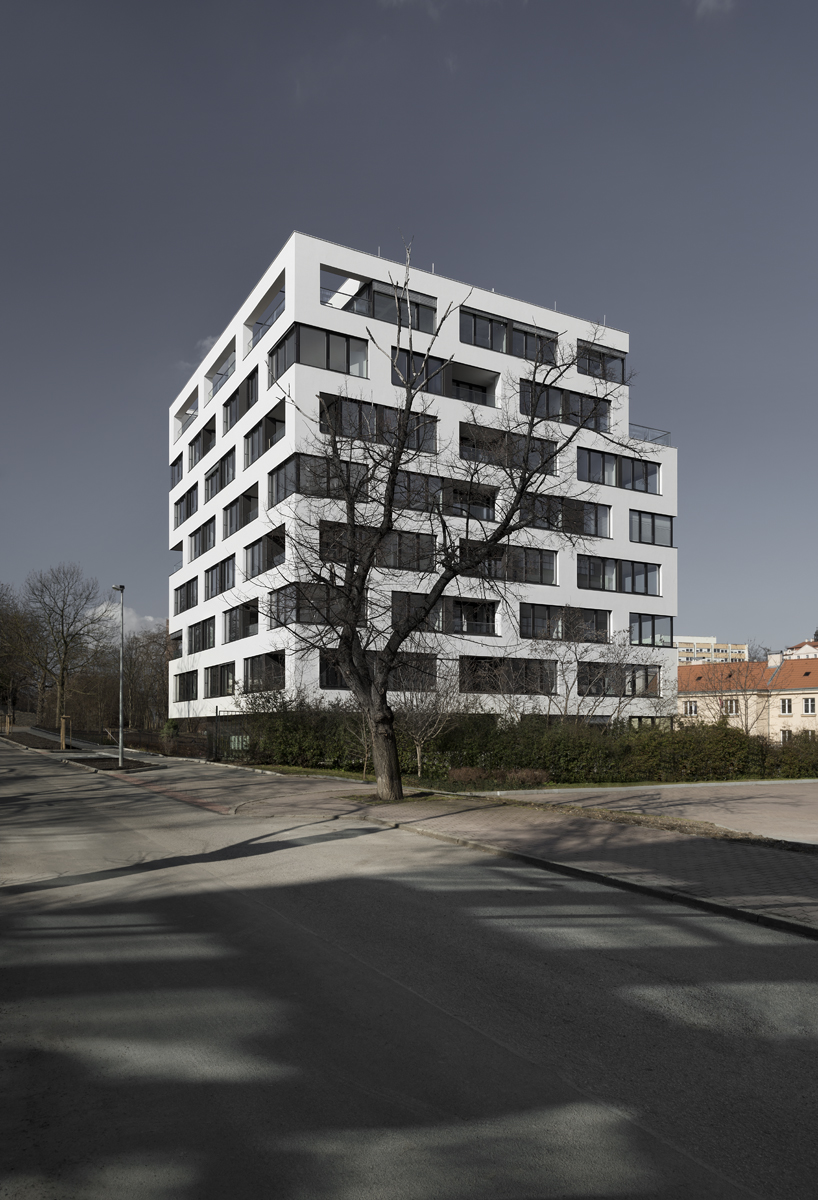 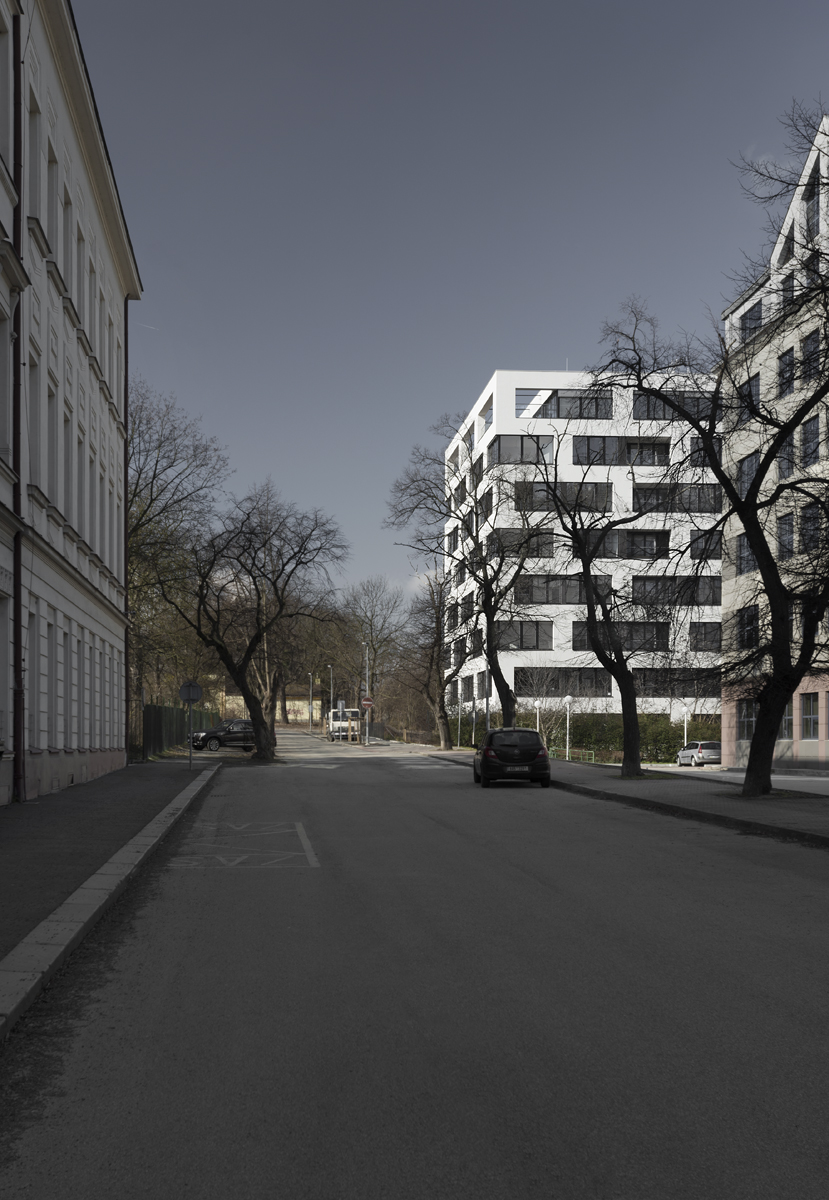 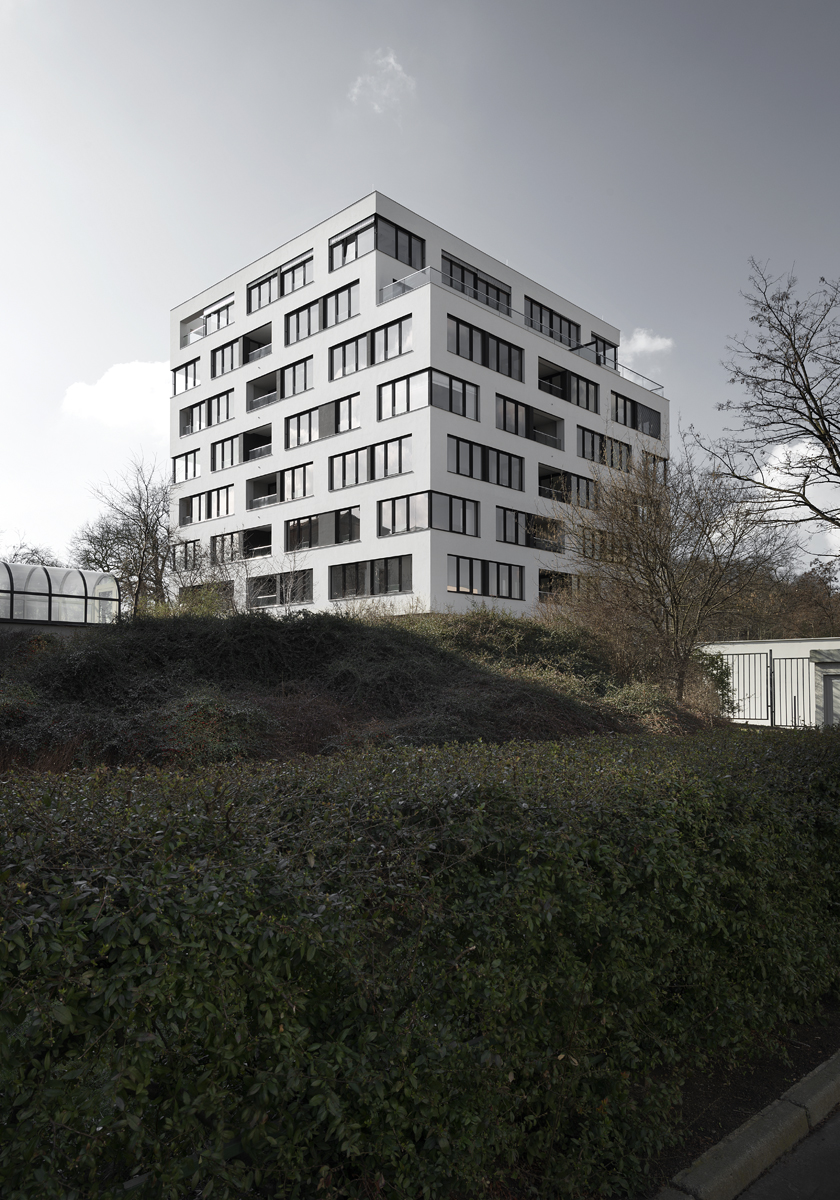 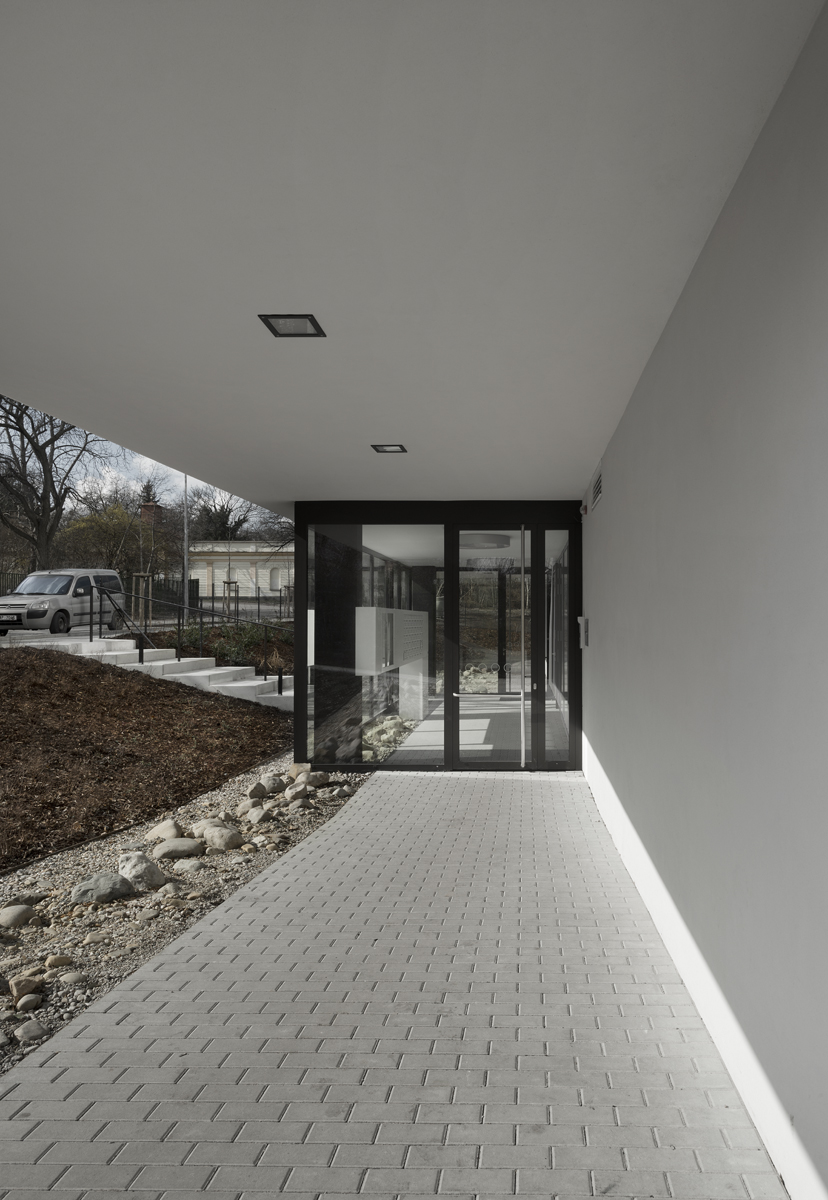 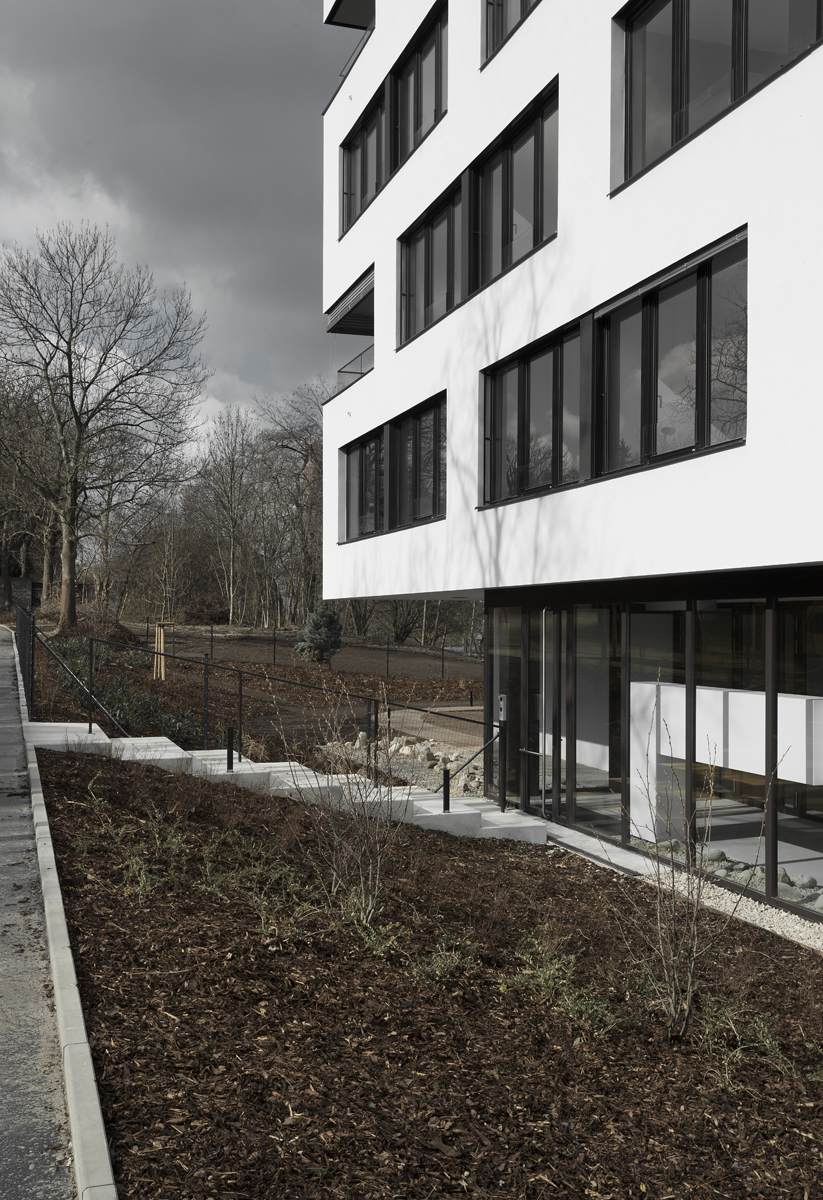 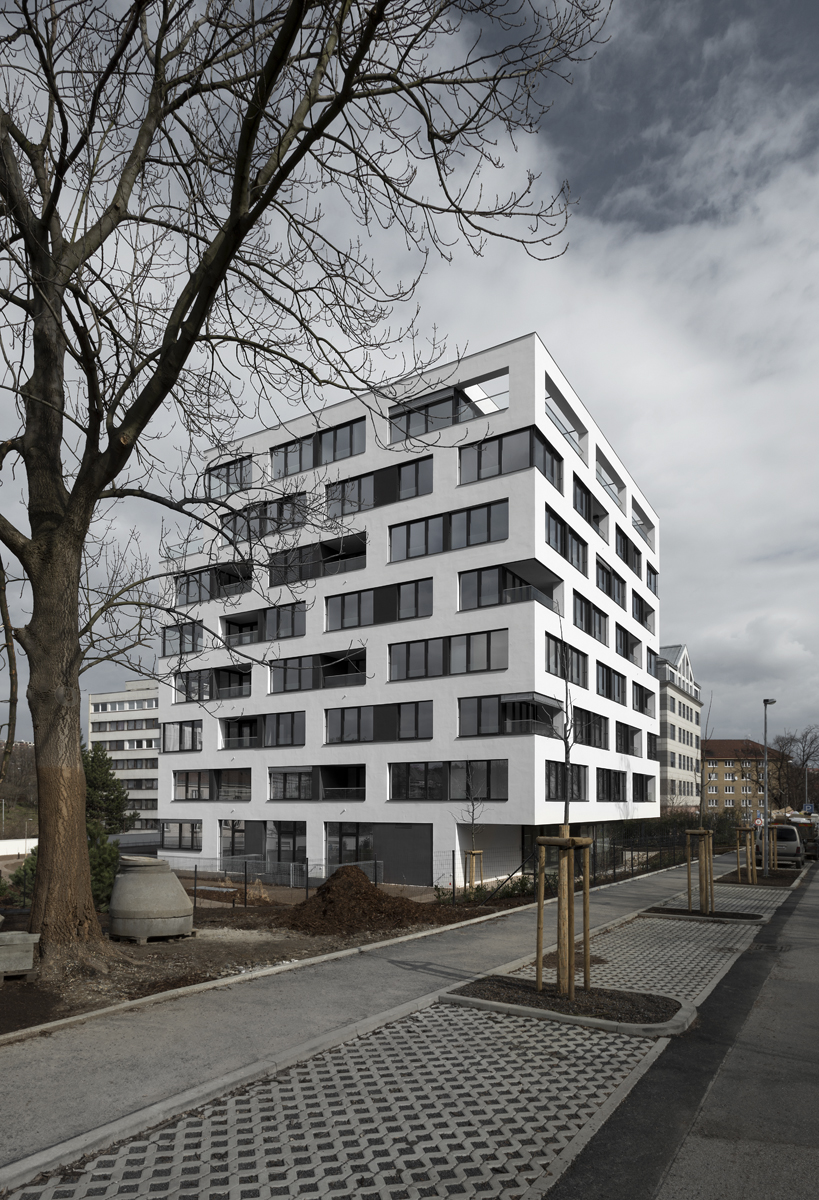 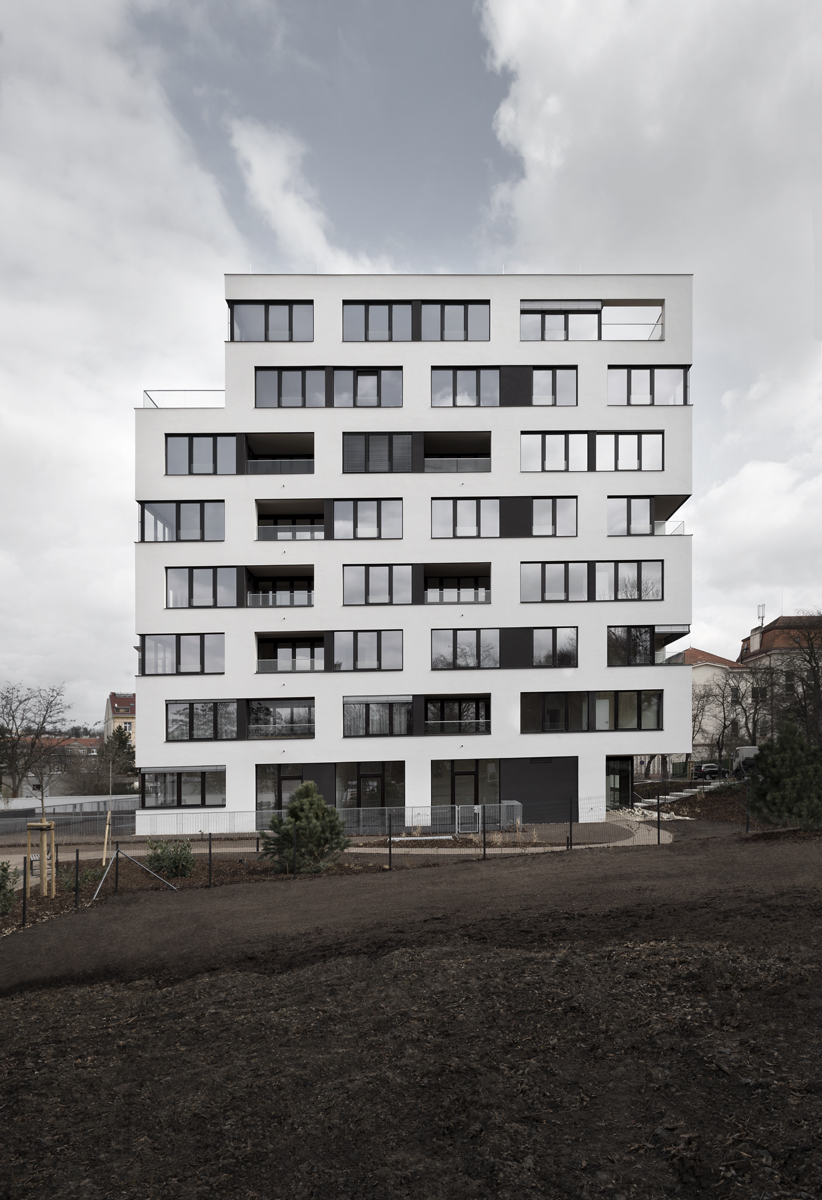 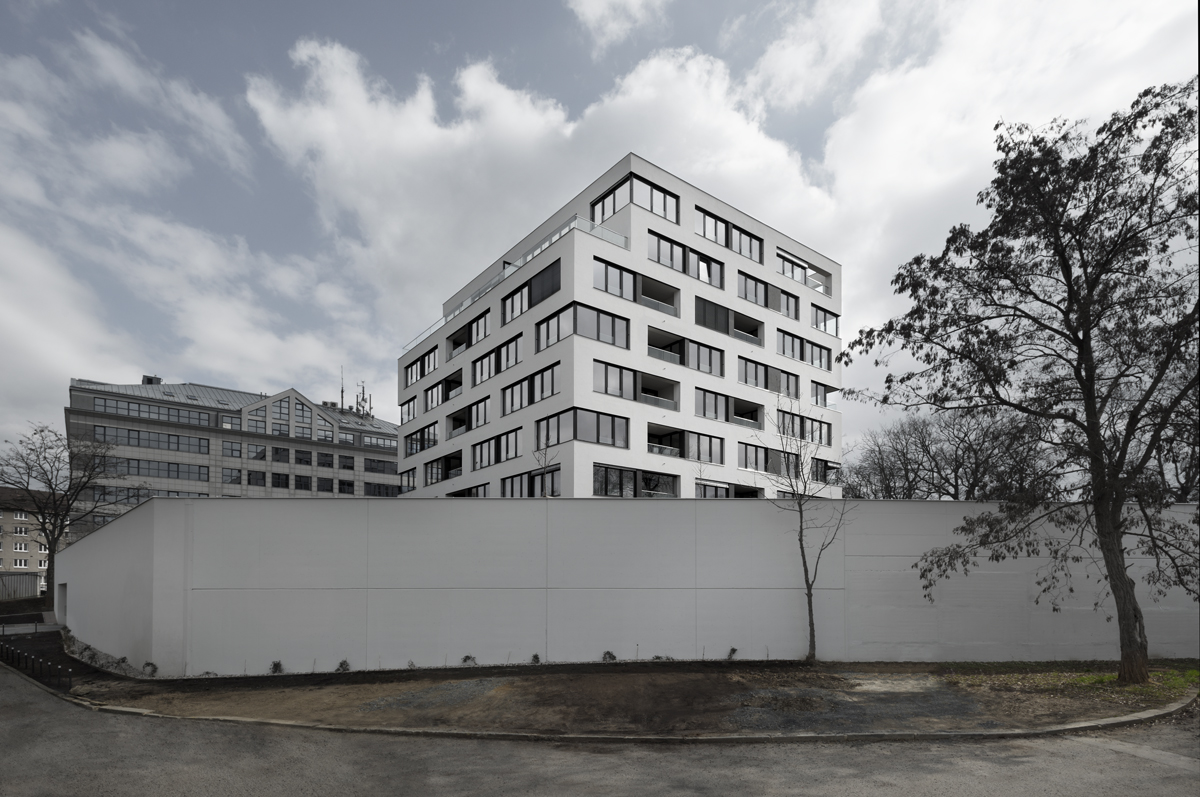 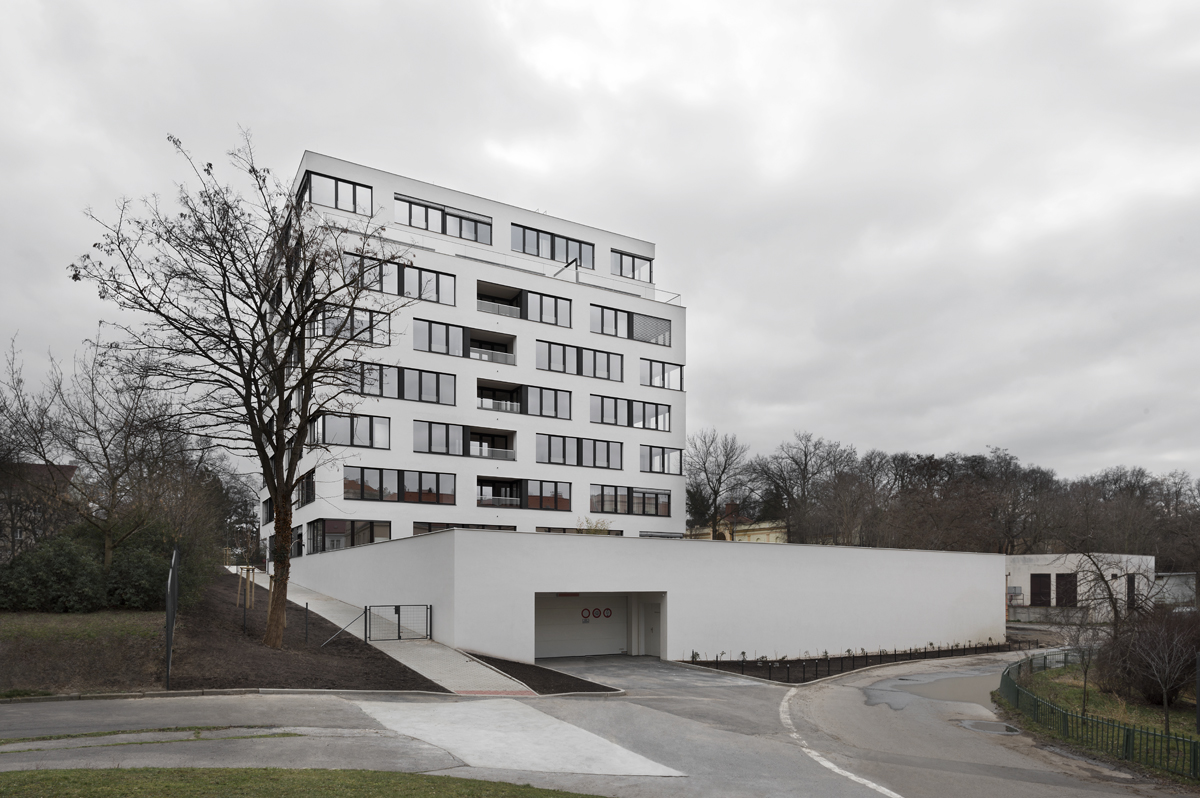 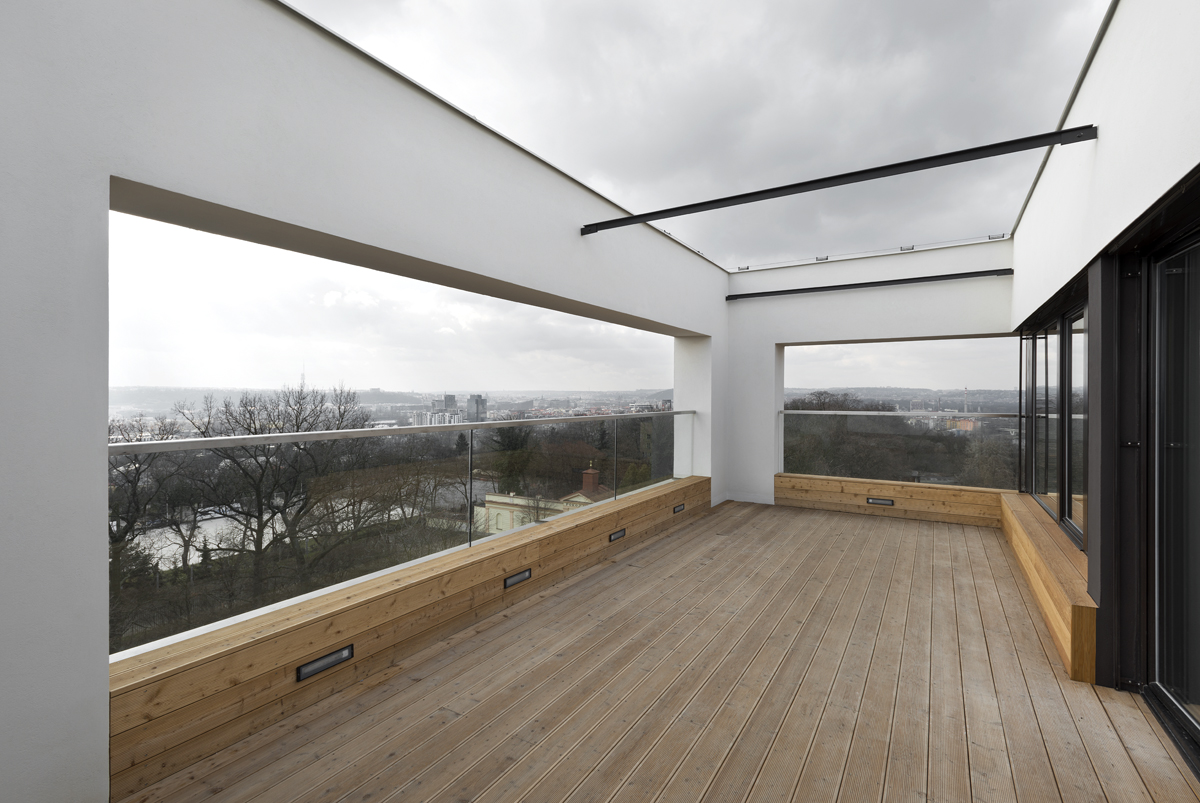 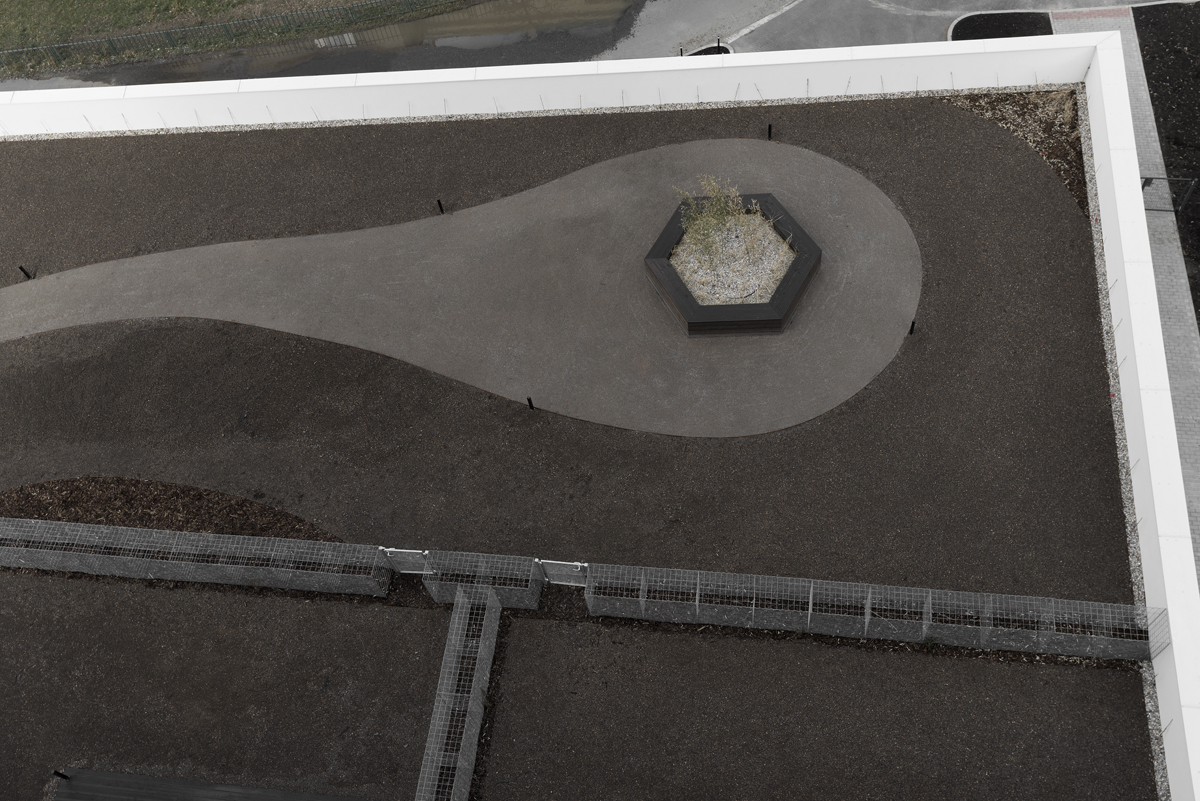 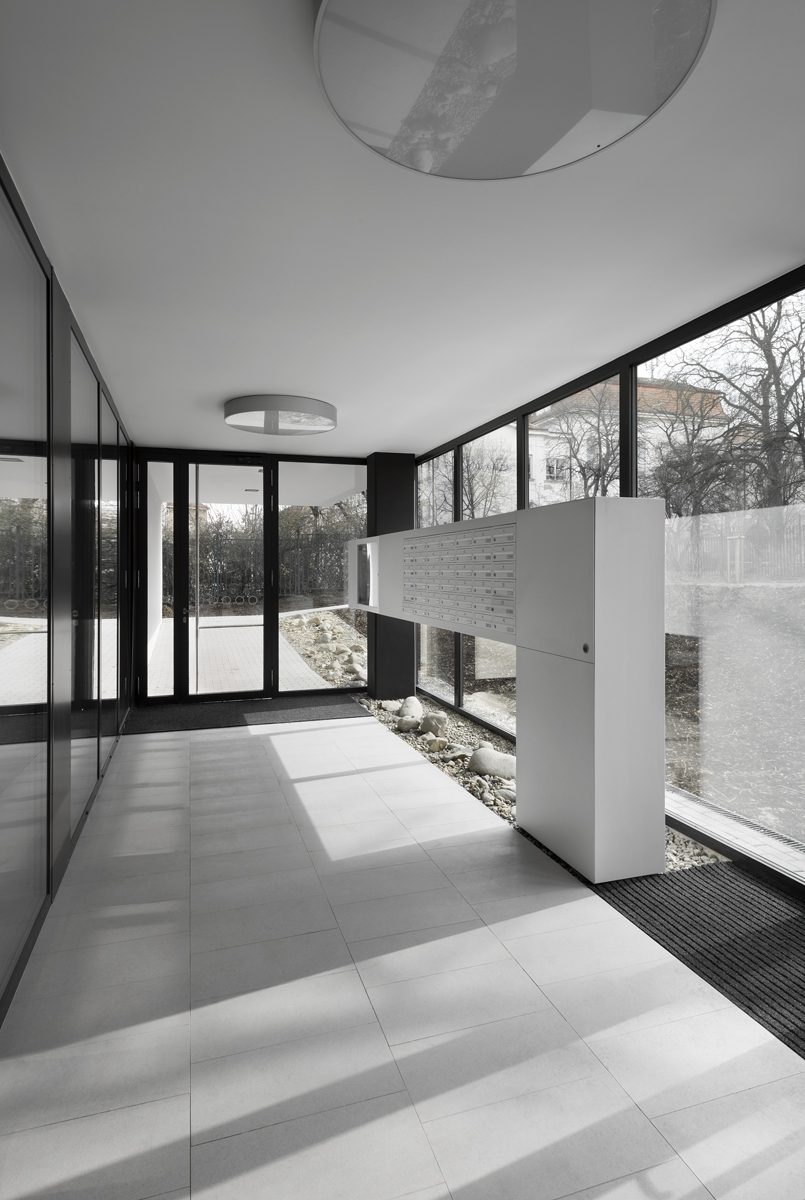 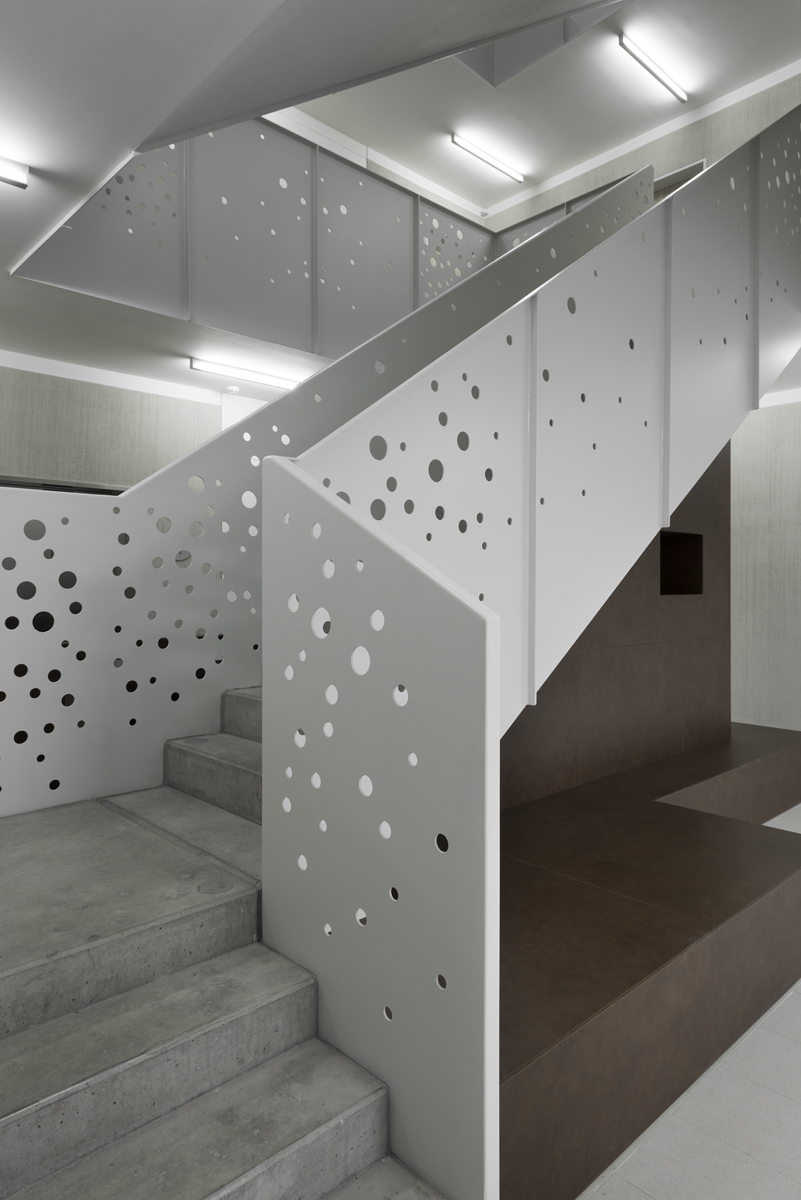 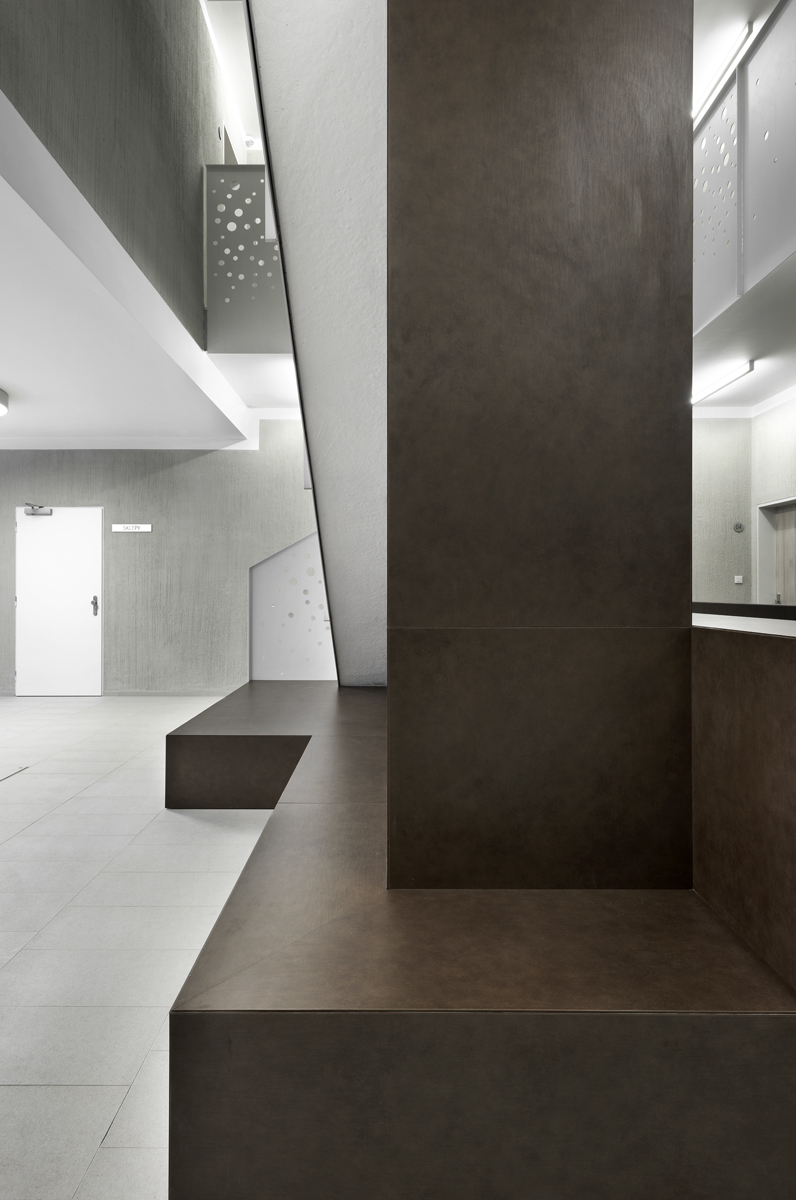 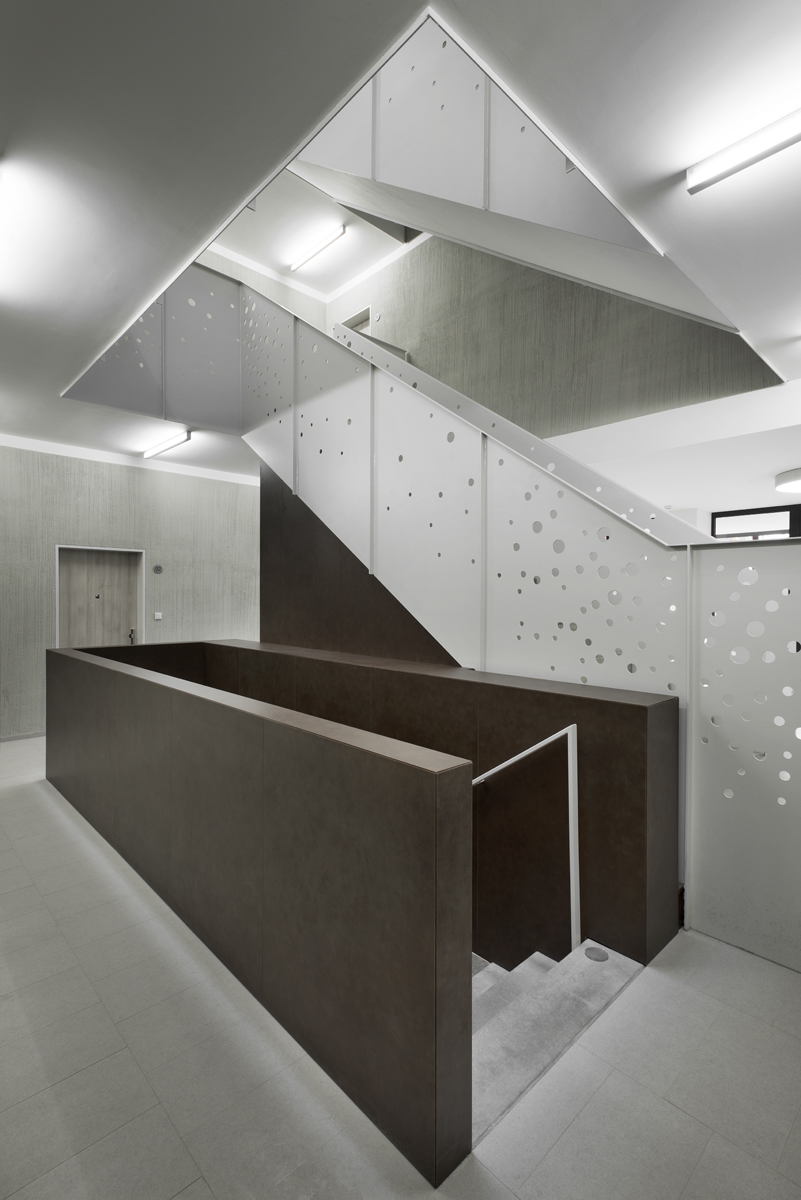 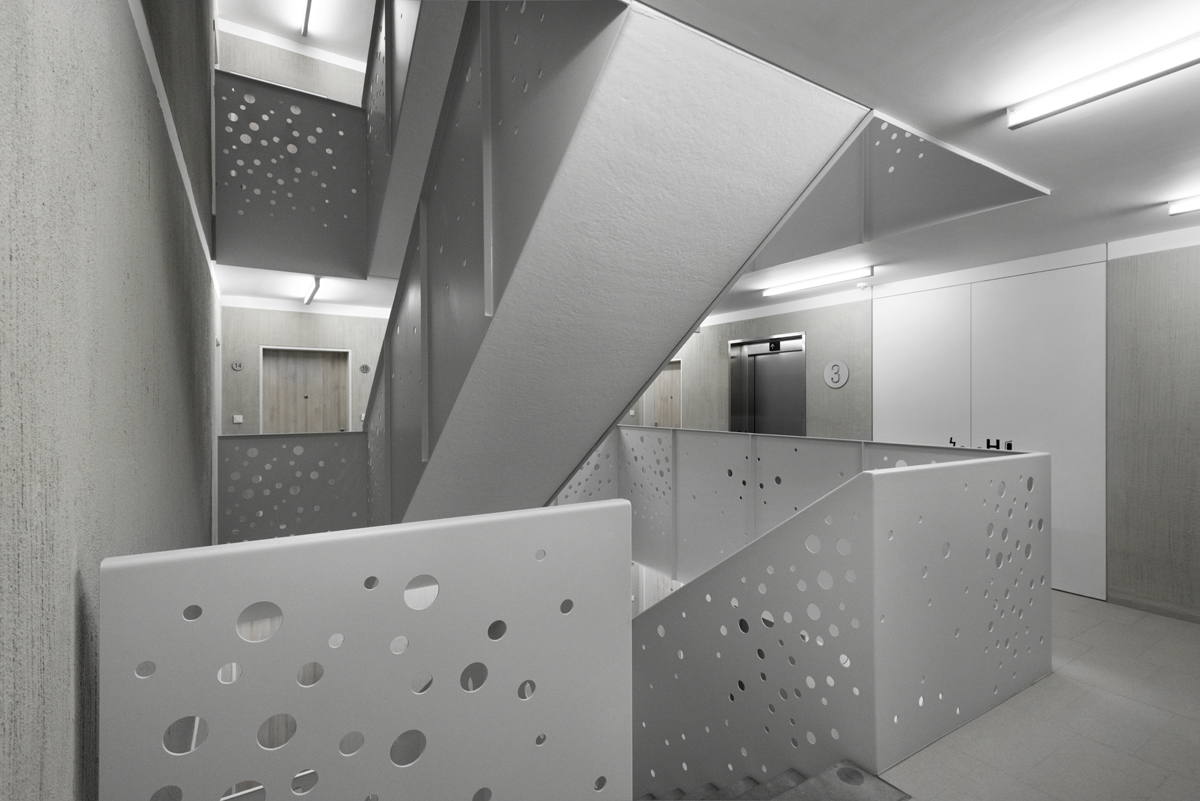 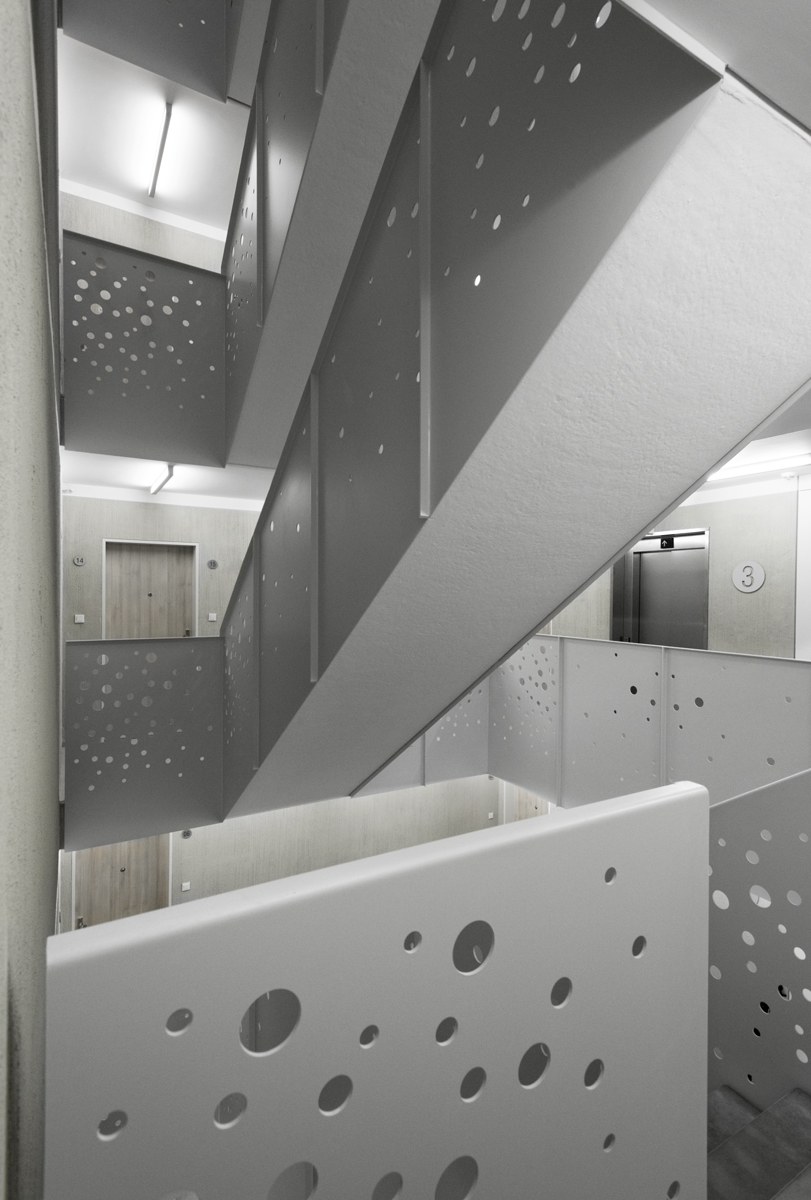 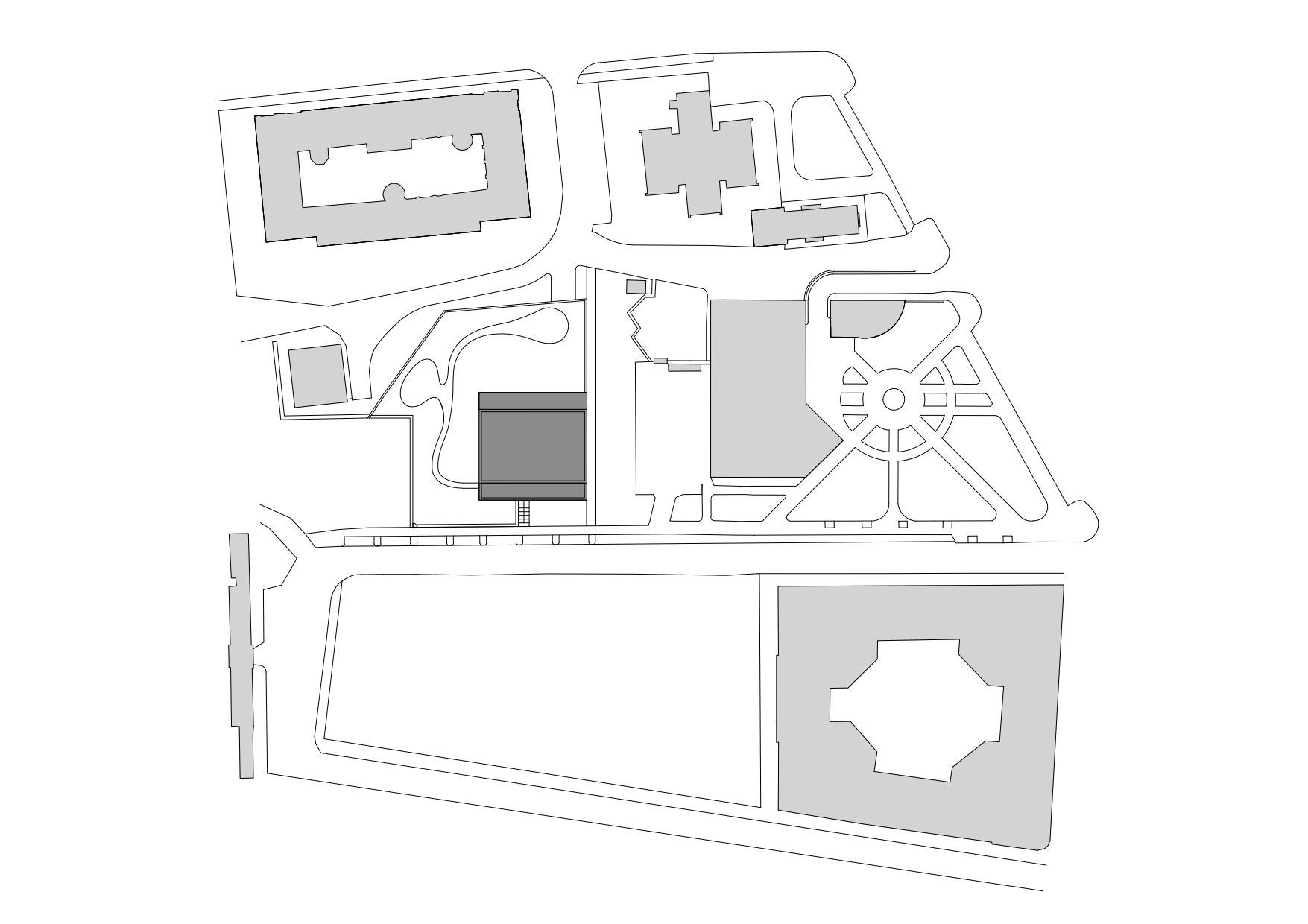 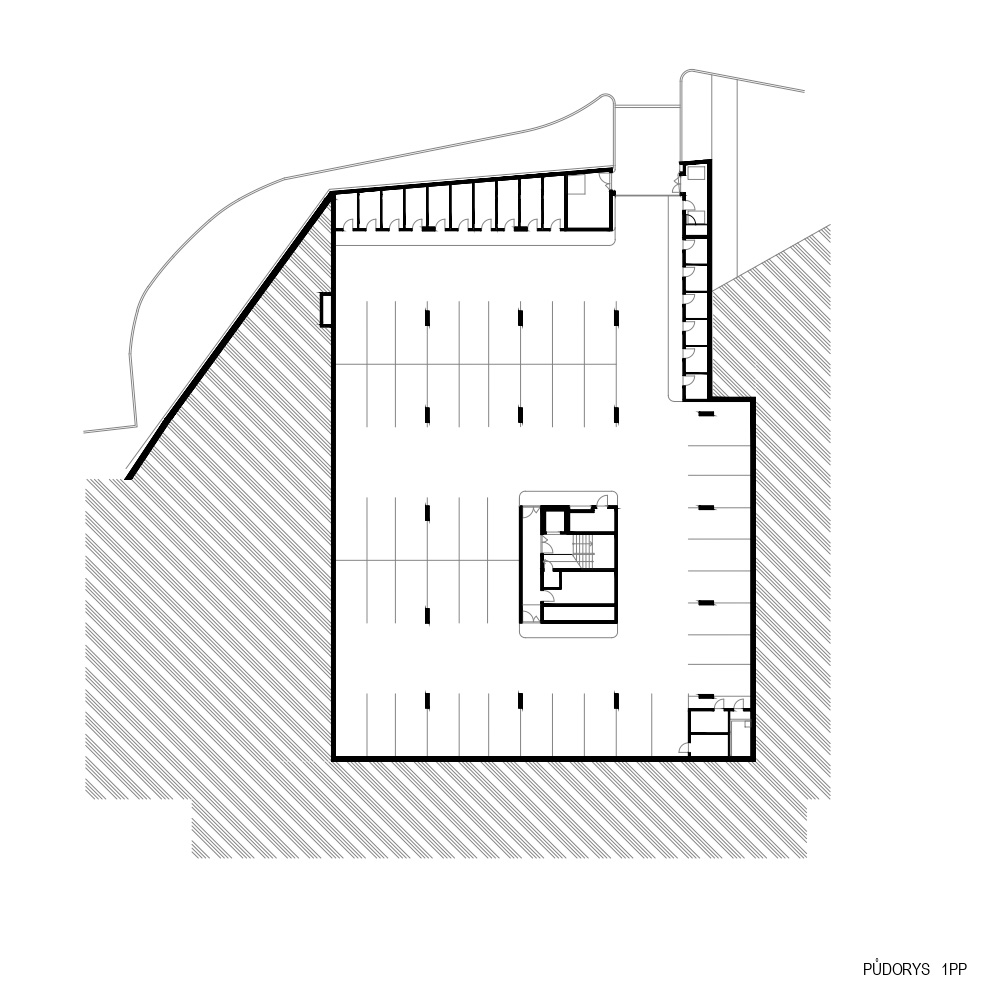 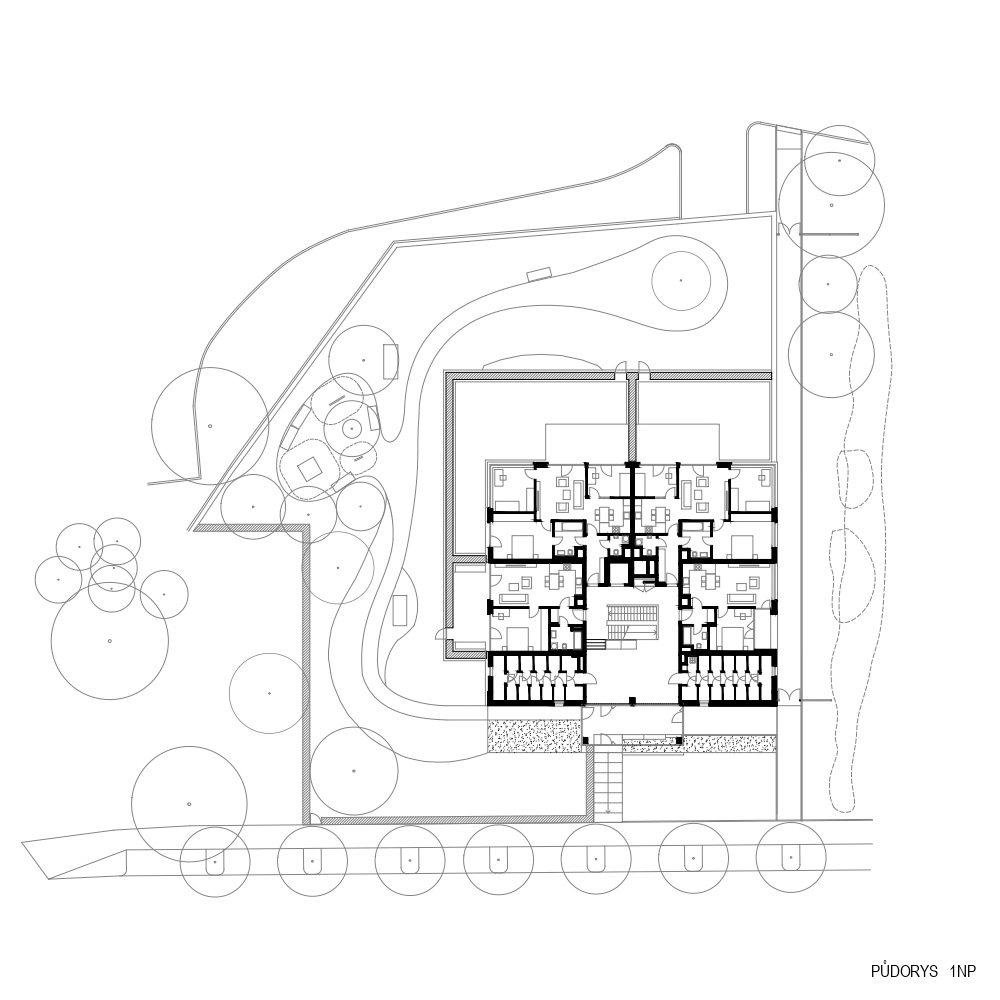 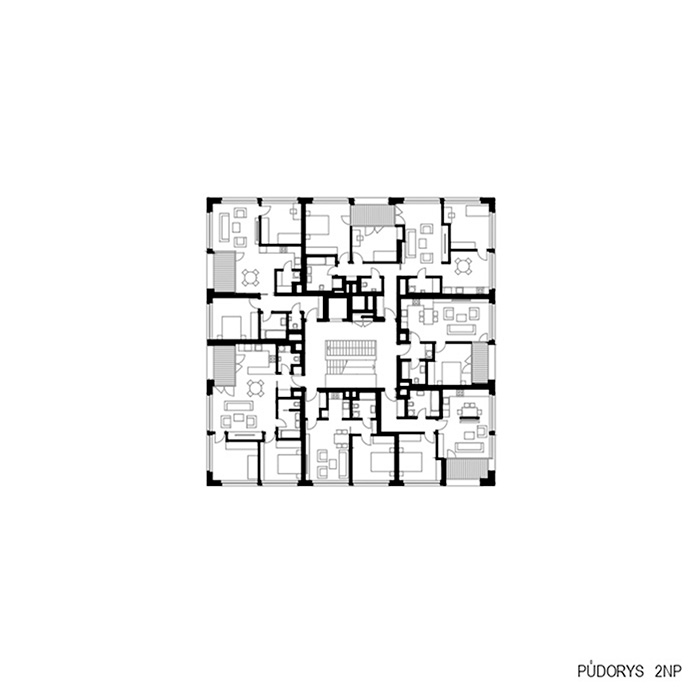 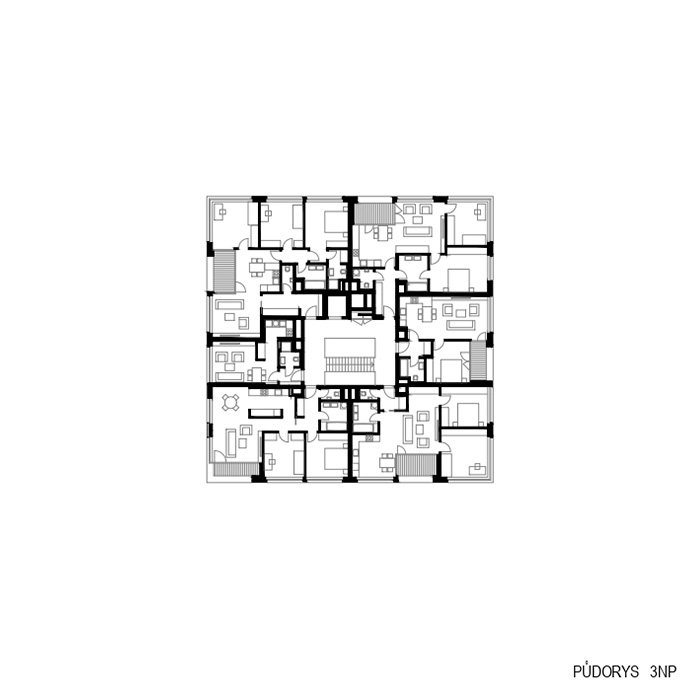 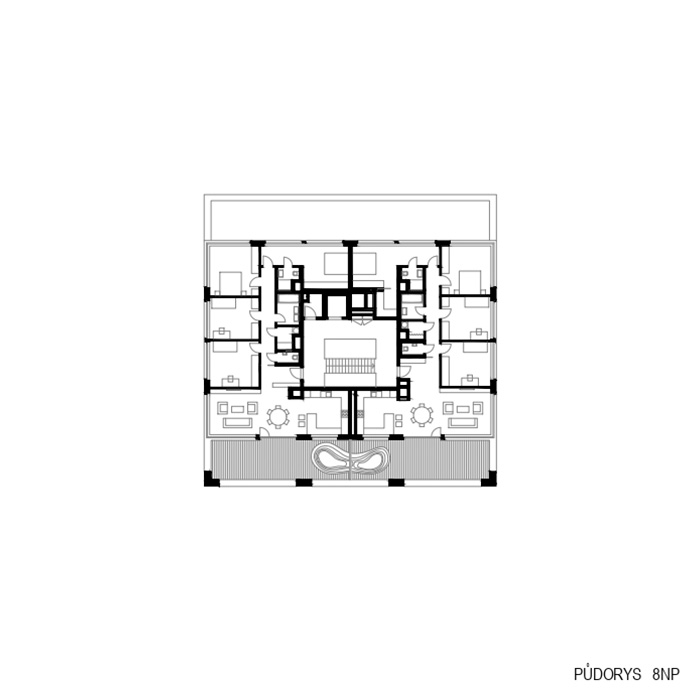 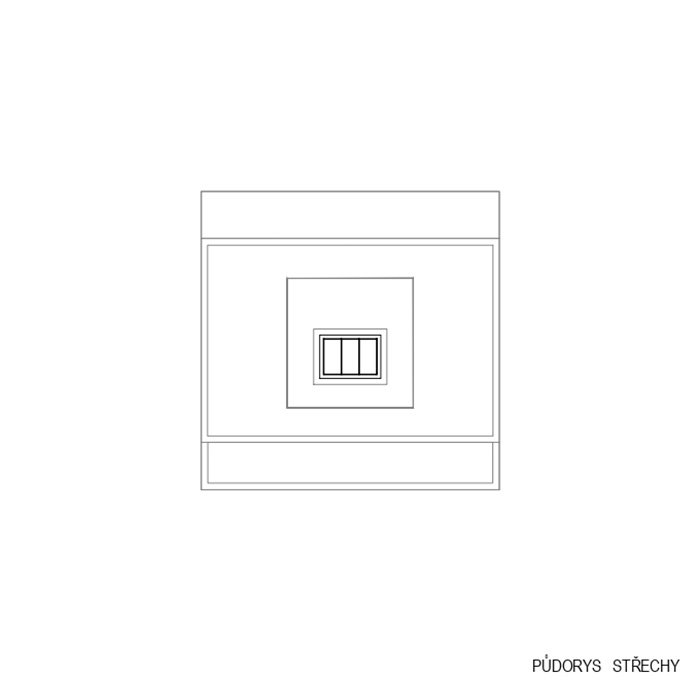 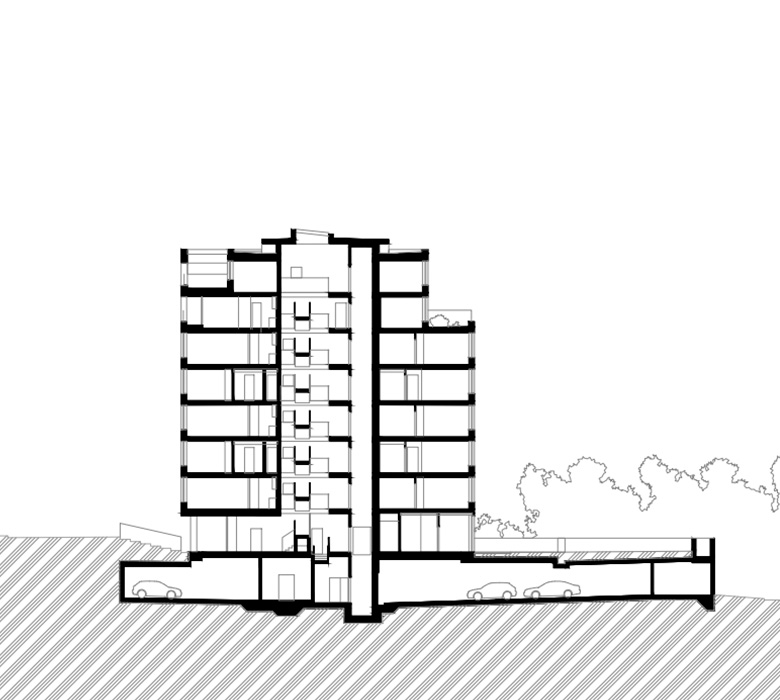