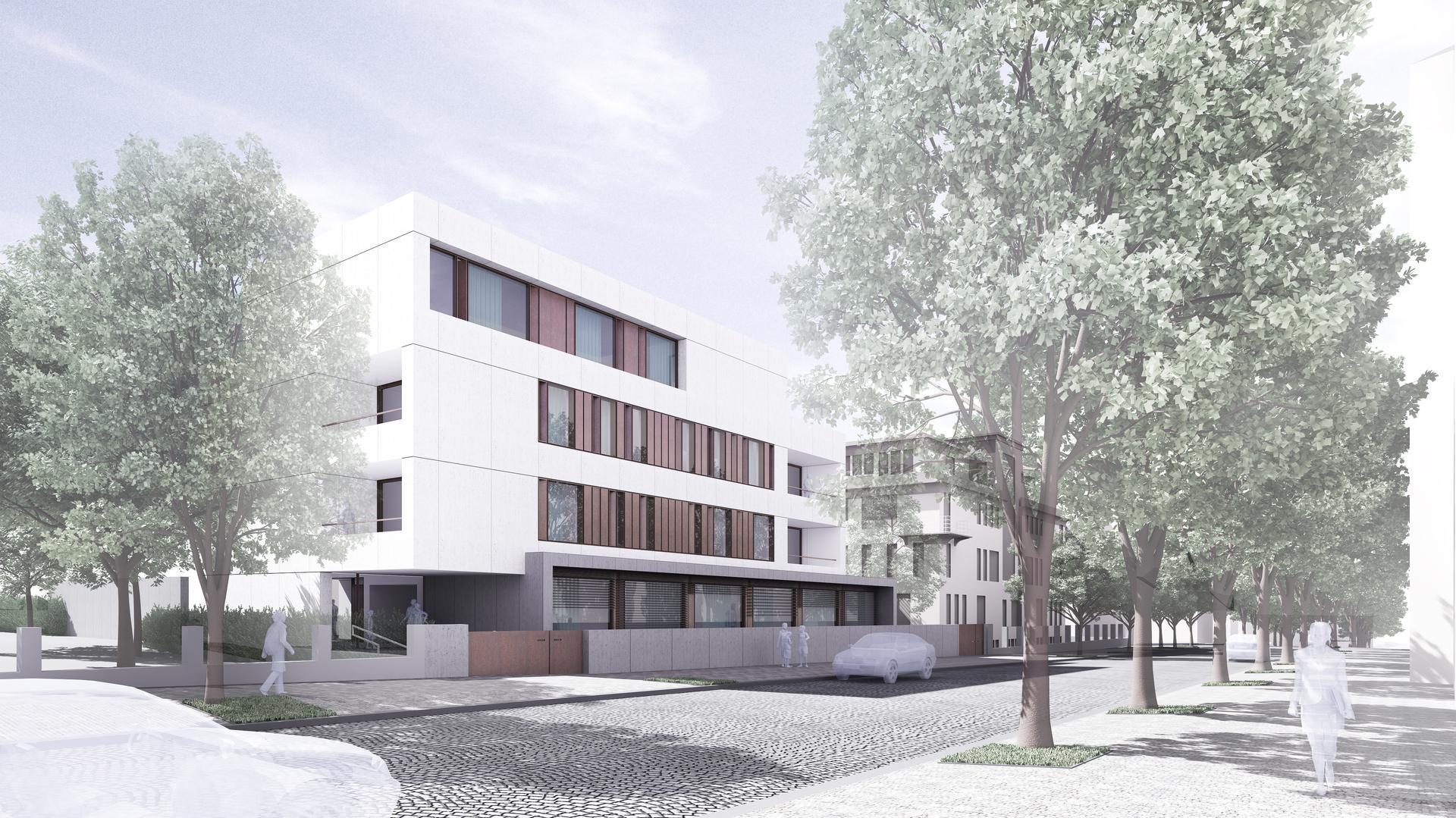 Before we started designing the architectural concept, we had defined the following basic principles we used to develop this concept:
There is a plot in the urban structure of the city located on the border between the street block and villa schemes of the Dejvice neighbourhood established by Rooseveltova street. In this context, we understand the detached building with a firm geometric bond to the existing building designed by architect Šípek as a correct solution from the urbanistic point of view as they jointly establish a specific form of a free block. The circumstance that the footprint of the planned building is, in fact, identical with the footprint of wings of the existing house contributes to this understanding. The whole plot under all buildings is, therefore, structured as four quadrants; two of them occupy two wings of Šípek’s house, one quadrant takes the newly planned wing, and there is a park with a swimming pool for all three wings in the last quadrant. 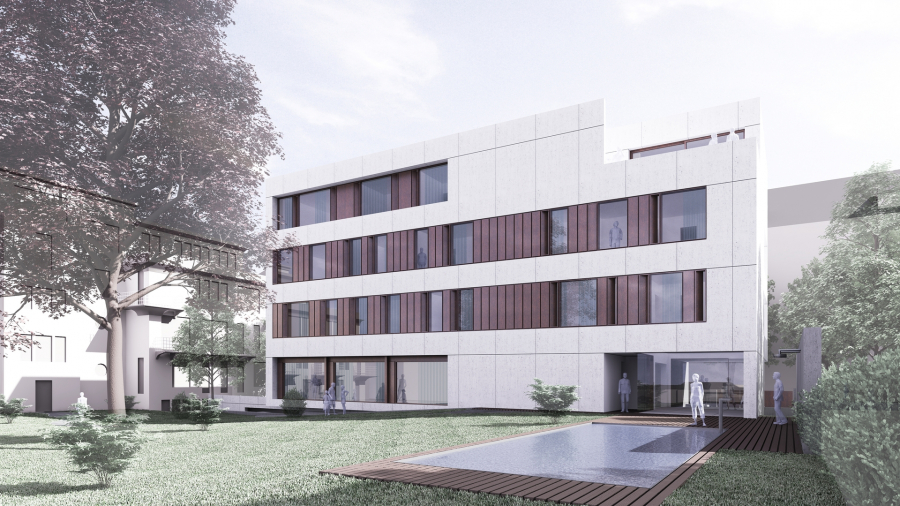 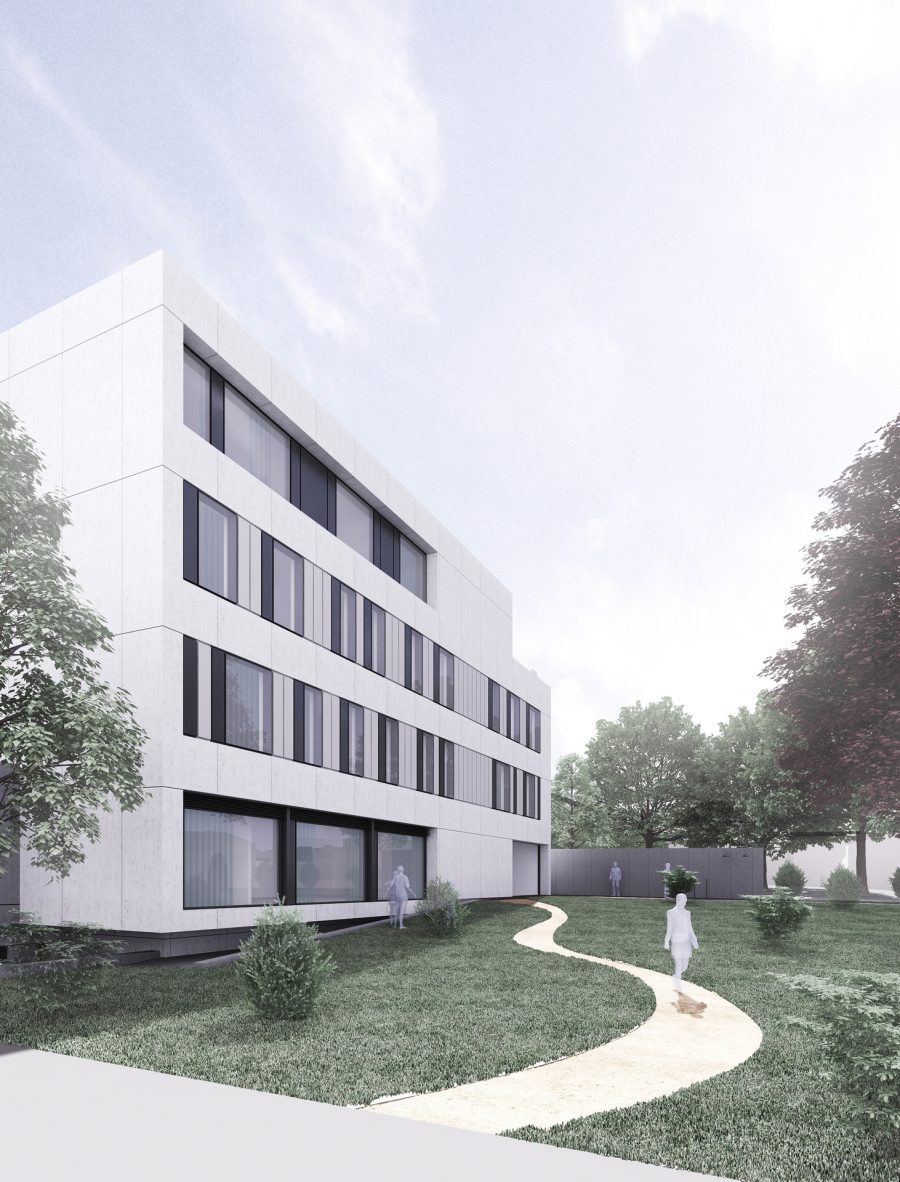