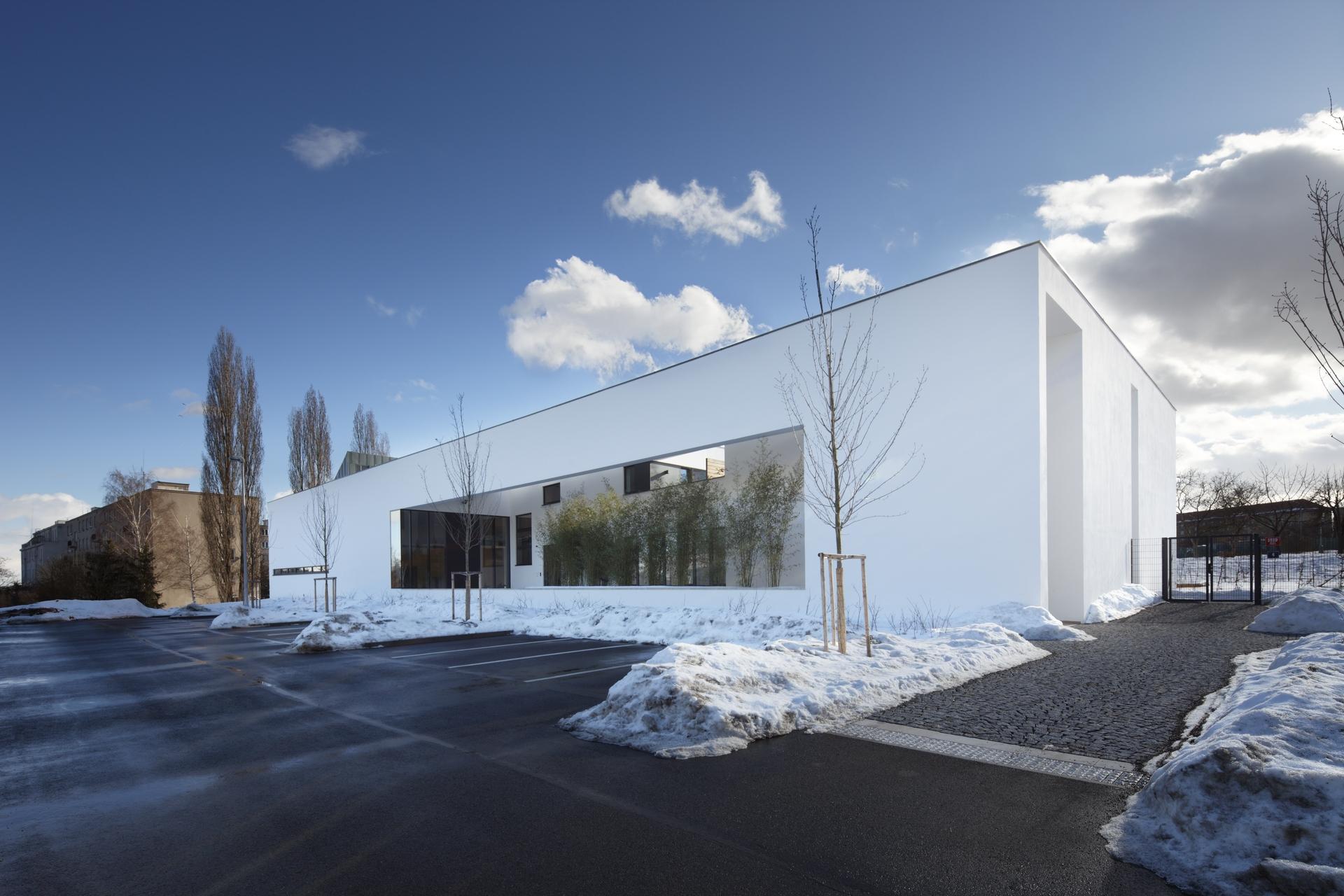 While looking for an architectural form we have faced a task that a simple and unpretending building reflecting its purpose would look appropriately in the neighbourhood of office buildings of an absolutely different scale. Even the so far smallest Brumlovka fitness building was much bigger. We found a generous format of a single ‘window‘ into the pronaos, an exterior covered open vestibule in front of the entrance, as the means of balancing the surrounding buildings‘ scale. Its horizontal proportion is directly derived from the elementary prism of the whole building, also horizontal one and of the same dimension. The window is the key motive of the façade and the whole building; figures of people passing behind or standing here are partly hidden from the busy street life behind a screen of bamboo trees. 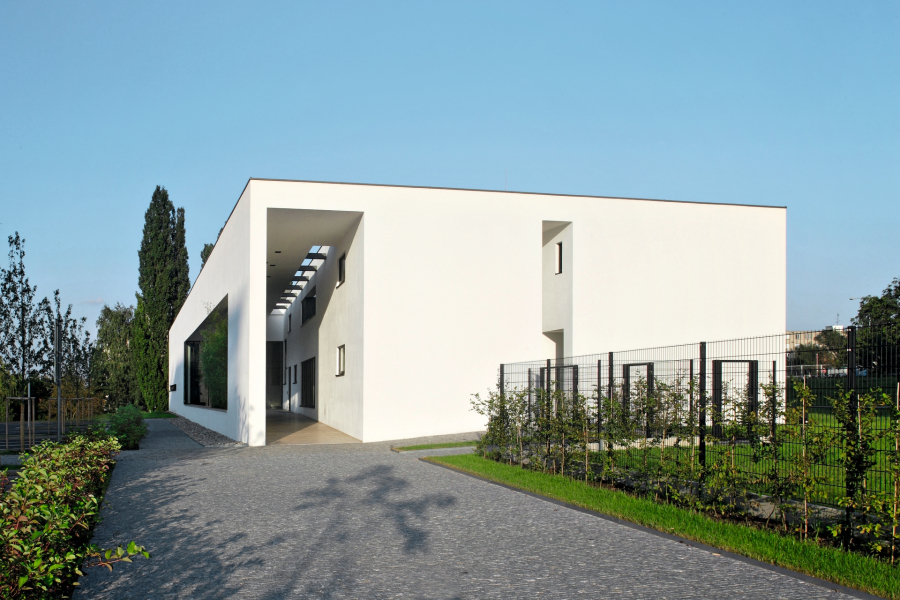 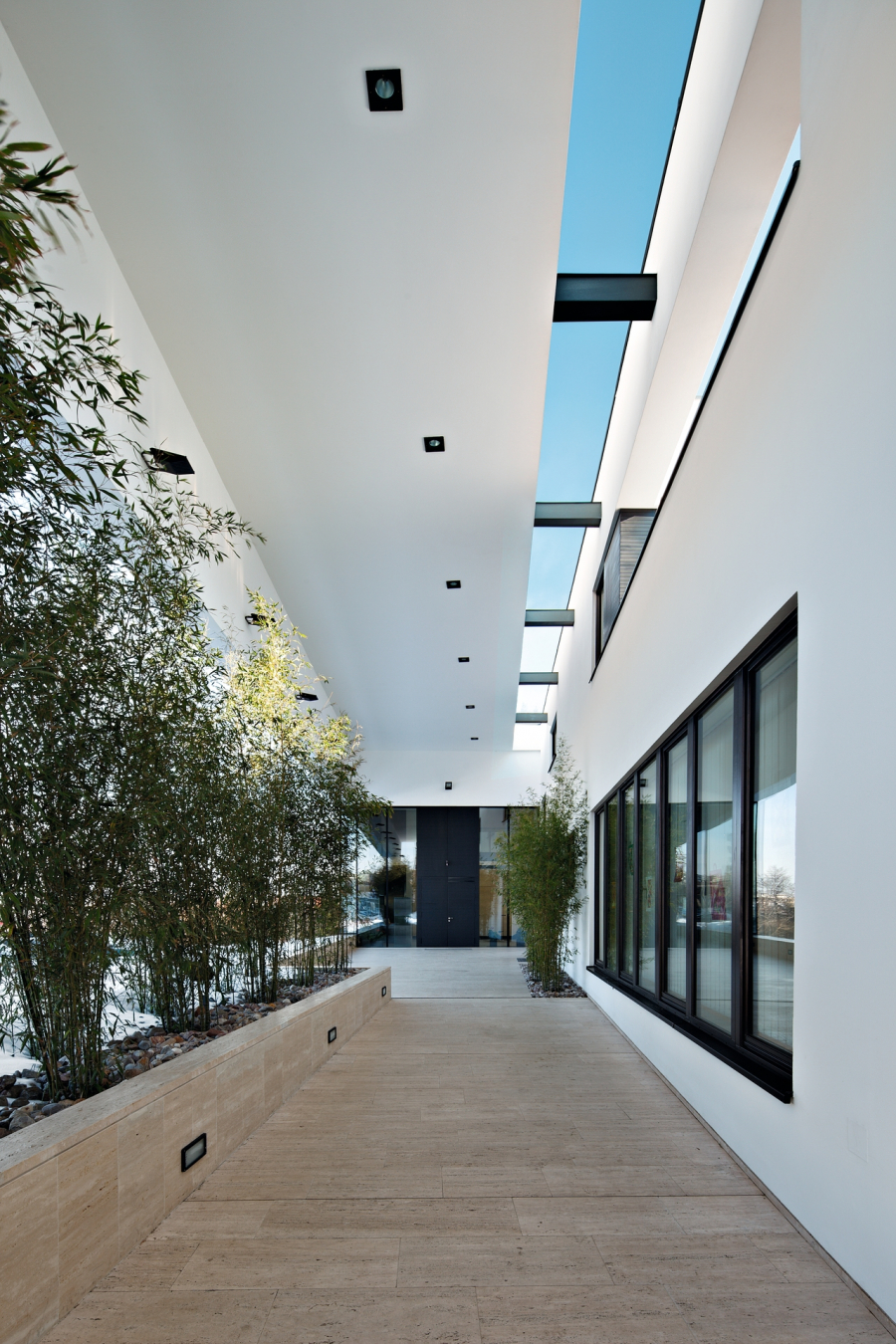 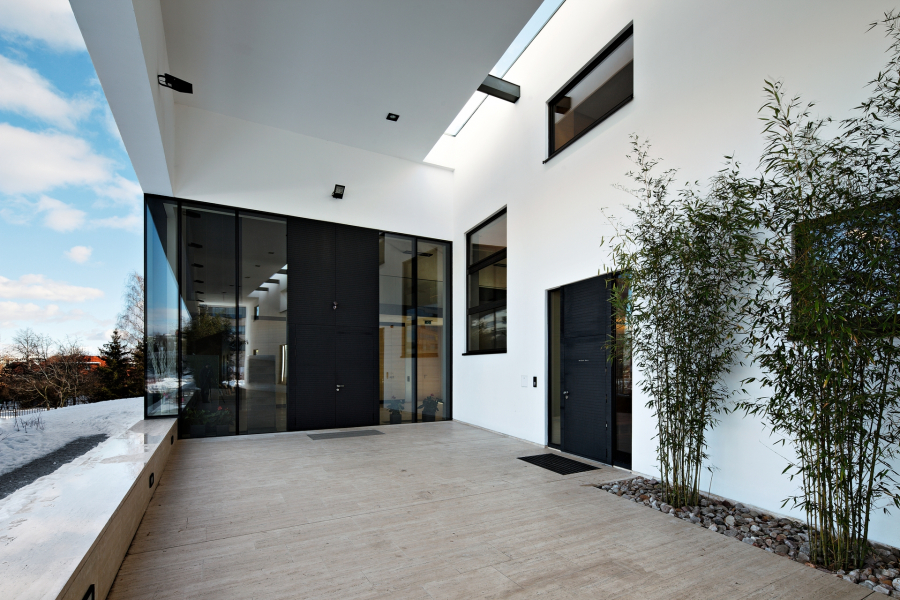 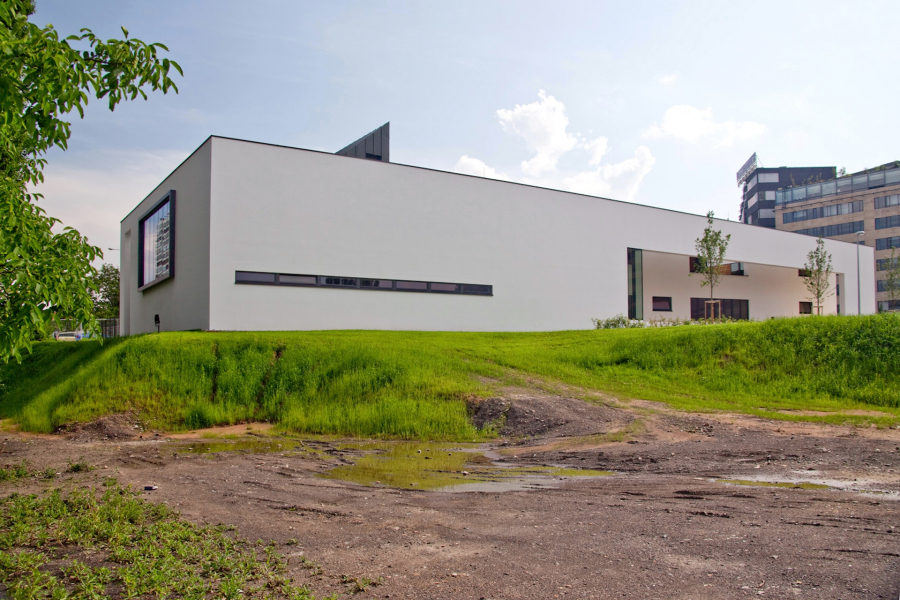 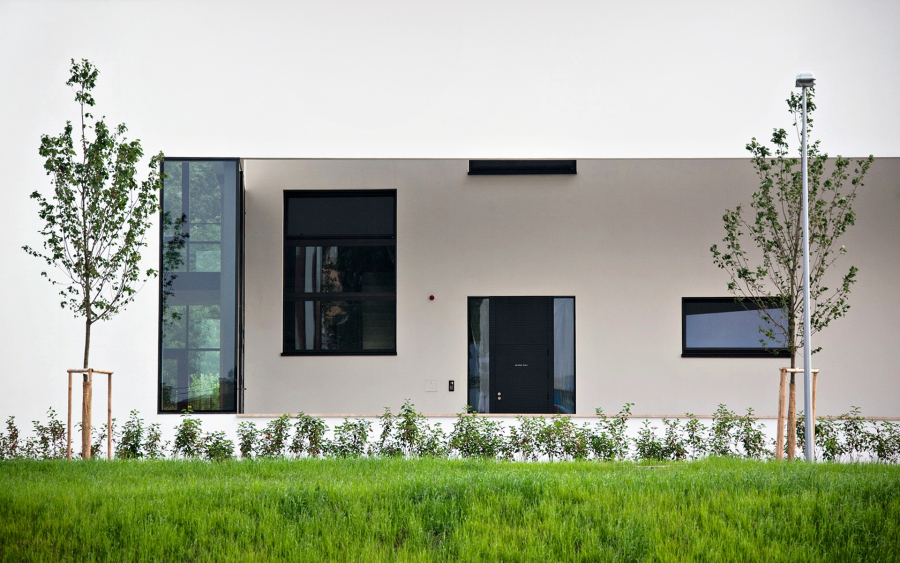 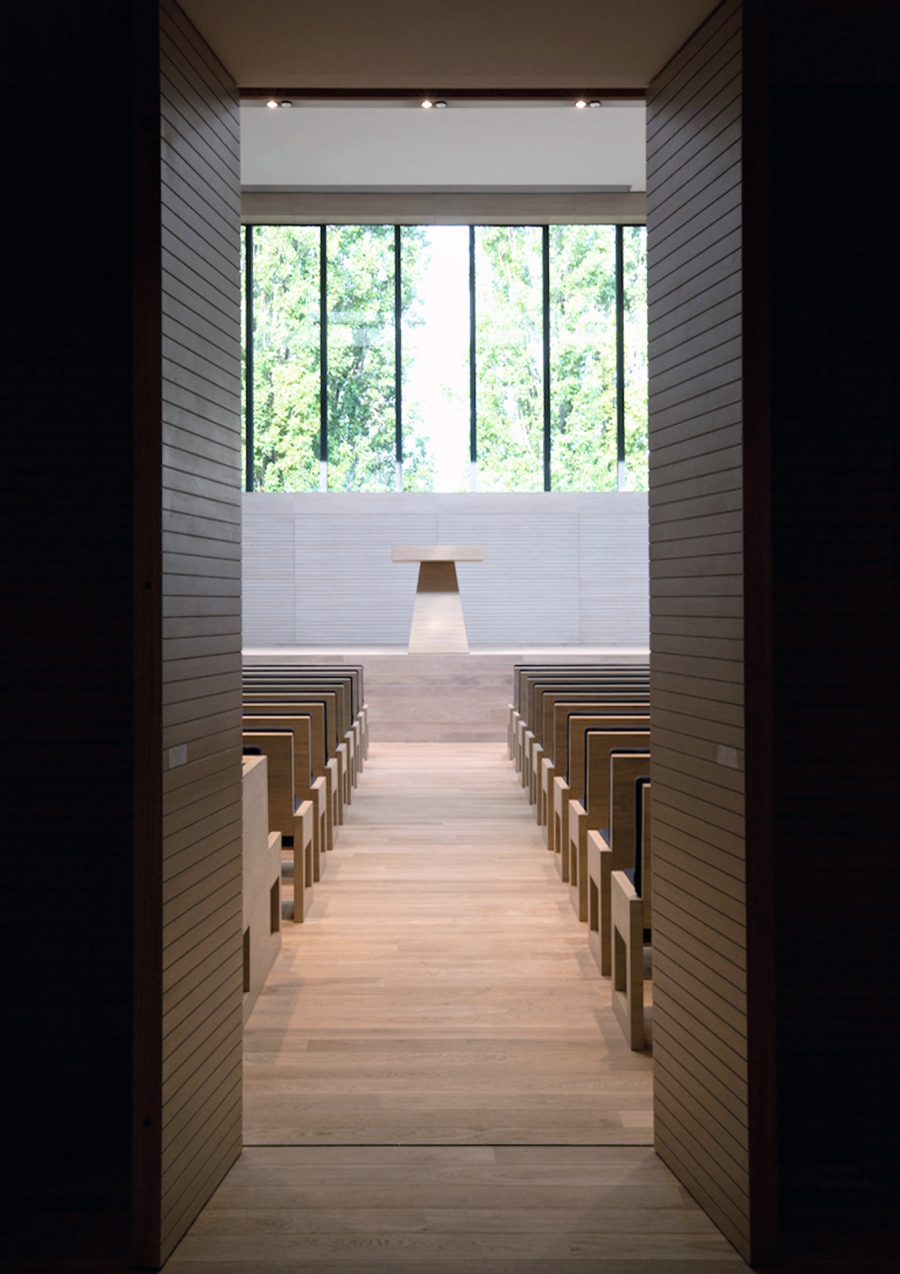